Something for everyone – Humble Student of the Markets

Lol! There was something for everyone*.

In reality, the debate probably didn’t change many minds, and the market’s perception of electoral risk was also largely unchanged. My own survey of SPY’s at-the-money option implied volatility shows that while implied volatility had fallen, the shape of the curve is unchanged. The early November election spike is still there, and risk remains elevated until mid-December. 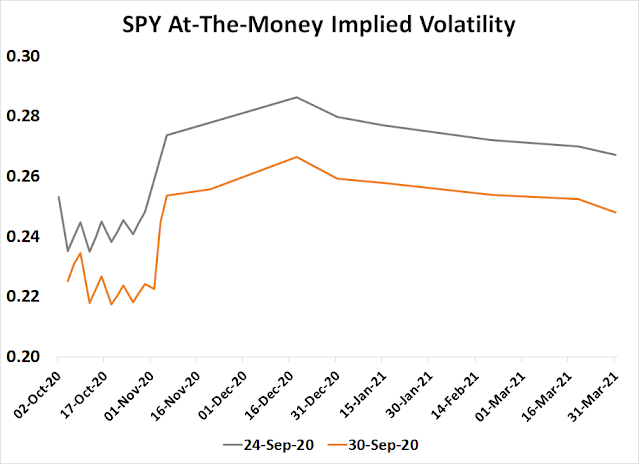 For equity traders focused on market direction, there is also something for both bulls and bears.

The bulls can point to several constructive developments. Both the S&P 500 and NASDAQ 100 have regained their respective 50 day moving average (dma) lines. In particular, the NASDAQ 100 rallied above its 50 dma and held the upside breakout for three days. In light of the large net short position in NASDAQ futures by hedge funds and CTAs, trend following models could force shorts to cover and push prices higher. 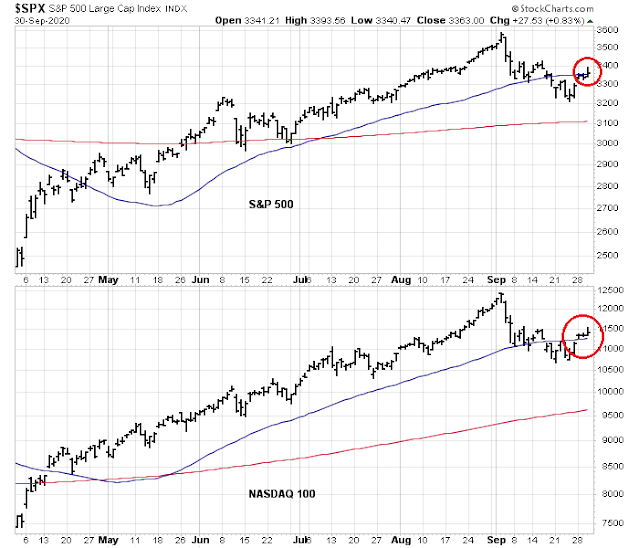 Another positive technical development is the ongoing bullish recycle of the daily stochastic off an oversold condition. This is a sign of bullish momentum that should propel prices higher. 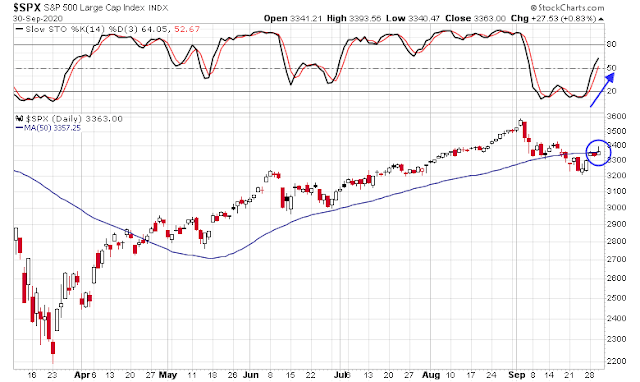 There is also the lurking possibility of a Zweig Breadth Thrust buy signal. The market rallied off a ZBT oversold condition last Friday, and it has 10 trading days to become overbought to flash a ZBT buy signal. Today (Wednesday) is day 4. The bulls are ever hopeful. 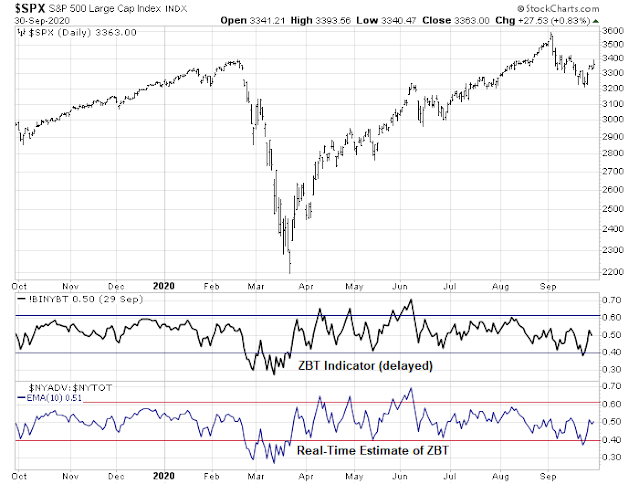 “Not so fast,” say the bears. The intermediate-term outlook is still unsettled.

One of the bottom spotting signals that I identified on Saturday (see How to spot the next market bottom) was a bearish sentiment capitulation. The latest update of Investors Intelligence sentiment shows that while %bulls have retreated and %bears have edged up, bearish sentiment is not at levels consistent with wash-out lows. 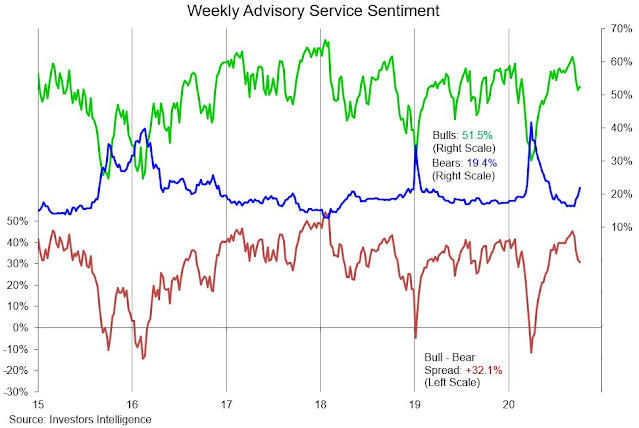 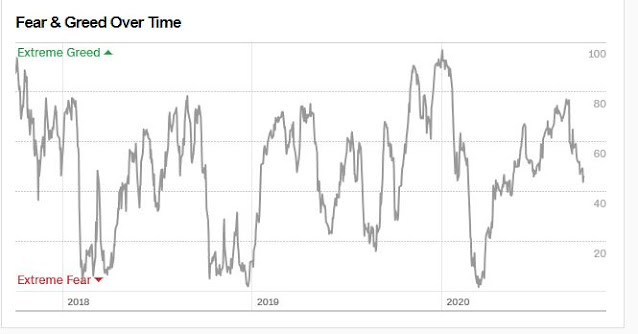 What about that bullish recycle of the daily stochastic? The weekly chart tells a different story of a bearish recycle. The intermediate term outlook is bearish, not bullish. 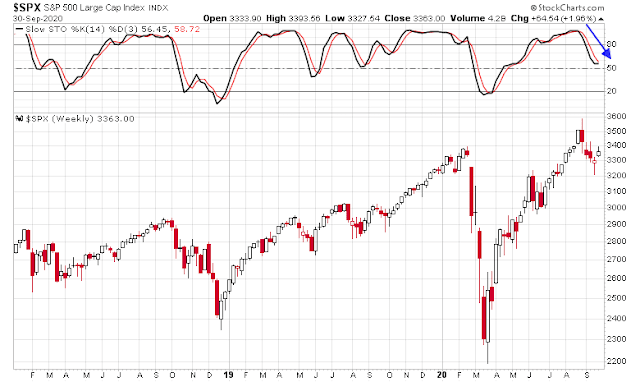 As well, Macro Charts pointed out that the volume of QQQ calls is still highly elevated, indicating either excessive bullishness, which is contrarian bearish, or signs of possible hedging activity that offsets the large short position in NASDAQ 100 futures. 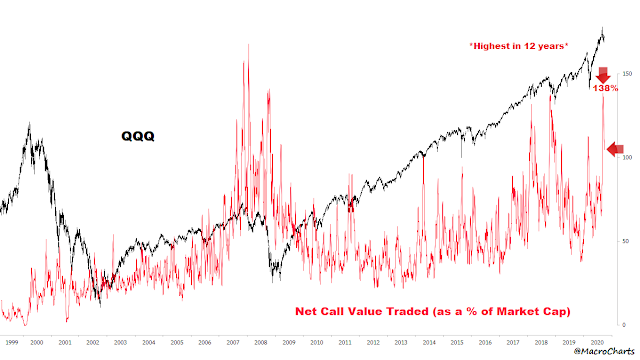 Where does that leave us? I warned recently about the possibility of rising volatility, which is likely to persist until the November 3 election and possibly beyond. In the short-term, there is event risk, owing to excitement about a stimulus deal and Friday’s the September Jobs Report.

In the absence of a substantive development, such as an agreement on a fiscal stimulus package, I would expect further choppiness with a bearish bias until early November.

25 thoughts on “Something for everyone”