Some key questions for the Fed – Humble Student of the Markets

As the FOMC conducts its two-day meeting after its big reveal of its shift in monetary policy, Fed watcher Tim Duy thinks that we won’t get much more in the way of details from the Fed after this meeting:

The odds favor the Fed maintains the status quo at this week’s meeting. It does not appear to have a consensus on enhancing forward guidance nor do I suspect FOMC participants feel pressure to force a consensus on that topic just yet. The general improvement in the data likely removes that pressure. The Fed will likely remain content to use the new strategy as justification for maintaining the current near zero rate path. Powell will continue to lean heavily on downside risks to the economy to entrench expectations that the Fed will stick to that path. The dovish risk this week is that the Fed does surprise with either more specific guidance or an alteration of the asset purchase program to favor longer term bonds. I don’t see a lot of risk for a hawkish outcome unless it was something unintentional in the press conference.

As the Citi Inflation Surprise Index edges up for the US, but remain muted for the other major regions, I have some important questions about the Fed’s new “average inflation target” policy. 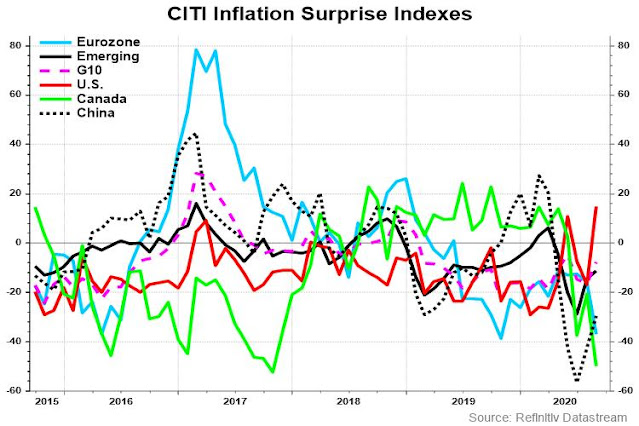 While other analysts are focused on the nuances of how the Fed is calculating its average, which admittedly is an important issue, I am more concerned about which inflation metric the Fed is targeting. It is mainly looking at reported inflation, in the form of core PCE and core CPI, or inflationary expectations?

Consider how the 5×5 inflationary expectations indicator has recovered, and it is nearing the Fed’s 2% target. While I understand that the new policy is allowing inflation to overshoot its 2% target, how long will the Fed allow expectations to overshoot before they become unanchored? 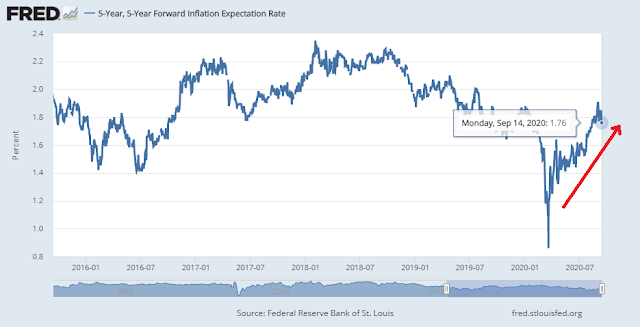 Gold is thought of as an inflation hedge, and gold prices have already staged an upside breakout to all-time highs. While bullion has pulled back to test its breakout level, further gains will create the risk of skyrocketing and “unanchored” inflation expectations. Keep an eye on the inflation expectations ETF (RINF), as it is testing a key falling trend line. 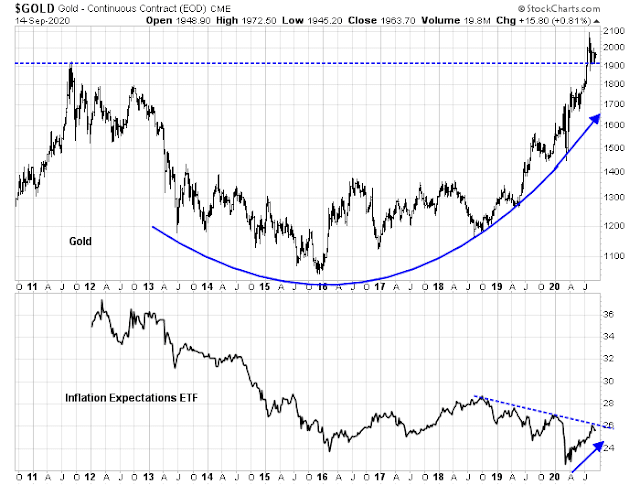 Should inflationary expectations start to rise, how will the Fed react to rising bond yields? Real rates are already negative, will the Fed engage in some form of yield curve control to suppress rates? We have already seen the effects of the ECB’s policy of financial repression has done to the European financial sector. Are these risks part of the reason why Warren Buffett lightened up on his banking sector positions? 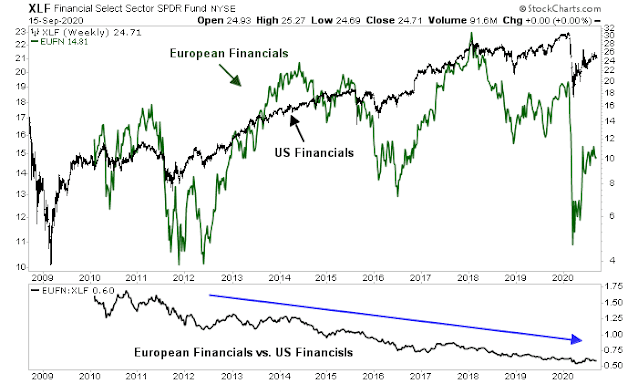 These are all good questions that investors should ask of the Fed.

14 thoughts on “Some key questions for the Fed”