Another equity valuation warning – Humble Student of the Markets

As Elon Musk passes Warren Buffett in net worth, it is time to sound one more warning about the market’s valuation. FactSet reported that the stock market is trading at a forward 12-month P/E of 22.0, which is well above its 5 and 10 year averages. 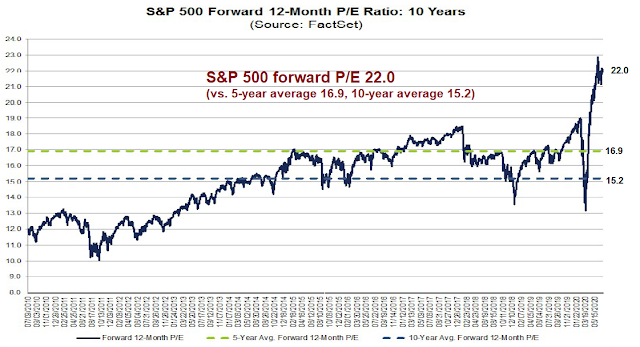 Here is why these circumstances are highly unusual. 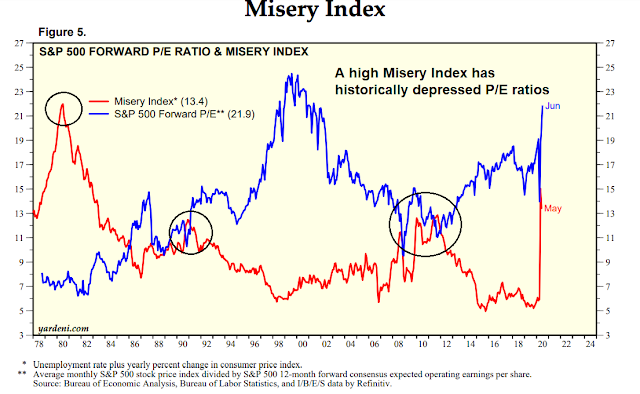 Earnings do matter. Callum Thomas presented a long-term perspective of stock prices and forward EPS. The only significant divergence that occurred between since the two series began in 1985 is today. 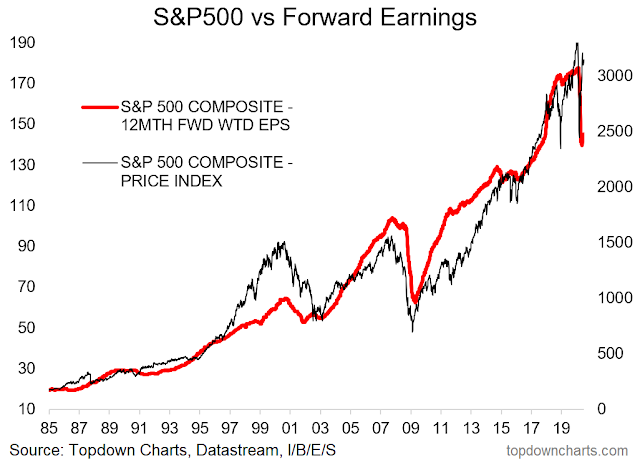 One explanation is US equity market leadership has been concentrated in a handful of large and profitable technology names. The stock market isn’t the economy, and the economy isn’t the stock market. Nevertheless. forward earnings are still highly correlated with business sales, which have tanked. 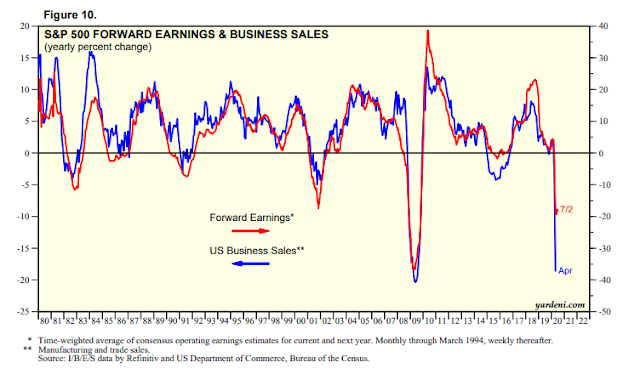 Stress levels are already evident in the especially vulnerable small cap stocks. 42% of the Russell 2000 are not profitable, which is a level consistent with recessionary conditions. 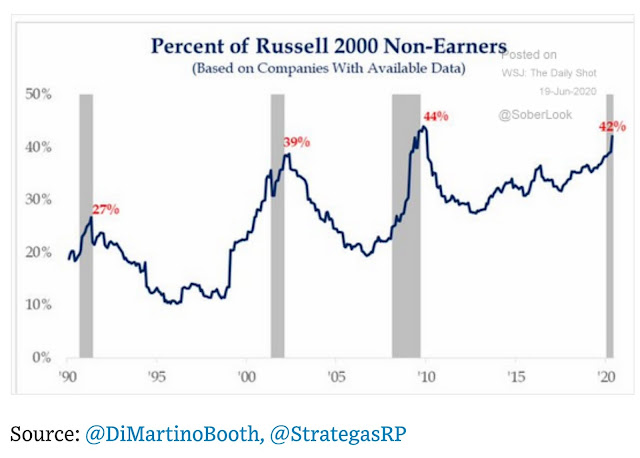 Is it any wonder why small caps are continuing to lag large caps? 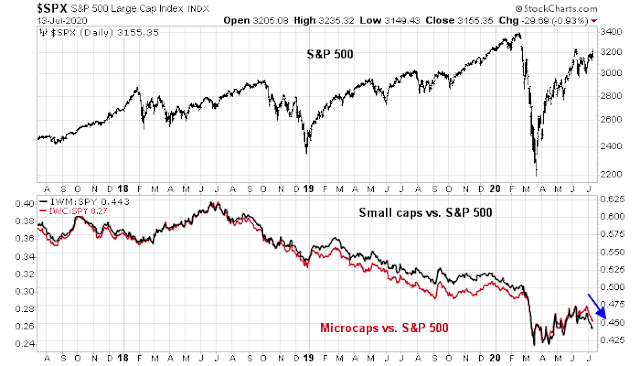 Can the development of a vaccine be cause to celebrate, in light of the recent hopeful news?

The economy may not be able to take much comfort in the development of a vaccine. The Guardian reported a UK (non-peer reviewed) study found that antibody protection fade rather quickly over time. This means that it man be difficult to achieve herd immunity. At best, vaccinations will require annual booster shots. At worst, they won’t provide much protection at all.

In the first longitudinal study of its kind, scientists analysed the immune response of more than 90 patients and healthcare workers at Guy’s and St Thomas’ NHS foundation trust and found levels of antibodies that can destroy the virus peaked about three weeks after the onset of symptoms then swiftly declined.

Blood tests revealed that while 60% of people marshalled a “potent” antibody response at the height of their battle with the virus, only 17% retained the same potency three months later. Antibody levels fell as much as 23-fold over the period. In some cases, they became undetectable. 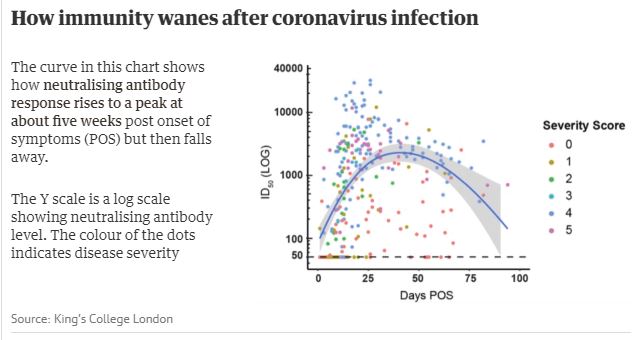 To be sure, some vaccines are not designed to prevent infection, but to mitigate symptoms once a patient is infected. An Italian study found that patients with post-COVID infections suffer symptoms two months after recovery. Only 13% had no symptoms after two months (ht George Pearkes). 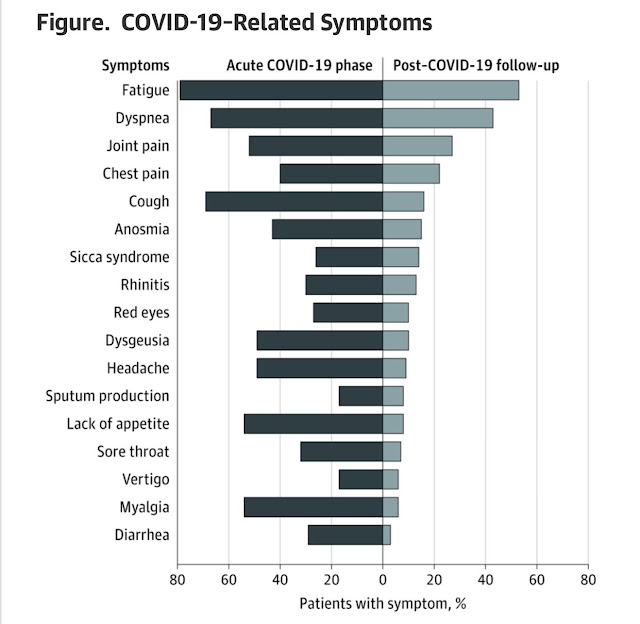 If the results from these studies hold up, it implies that this virus will have a far more lasting impact on the growth outlook than consensus expectations. COVID-19 will have a long-term negative effect on productivity. Analysts will have to downgrade their growth and earnings expectations – with a corresponding downward revision in equity price targets.

67 thoughts on “Another equity valuation warning”