Looking through the FOMC meeting noise – Humble Student of the Markets

Mid-week market update: It is always to discern short-term market direction on the day of an FOMC meeting, but a number of trends have developed that can support a short-term risk-on tone.

The most notable is the possible change in leadership. For quite some time, the trends of US over global stocks, growth over value, and large caps over small caps have been the leadership in the past bull market. I am starting to see signs of possible reversals. 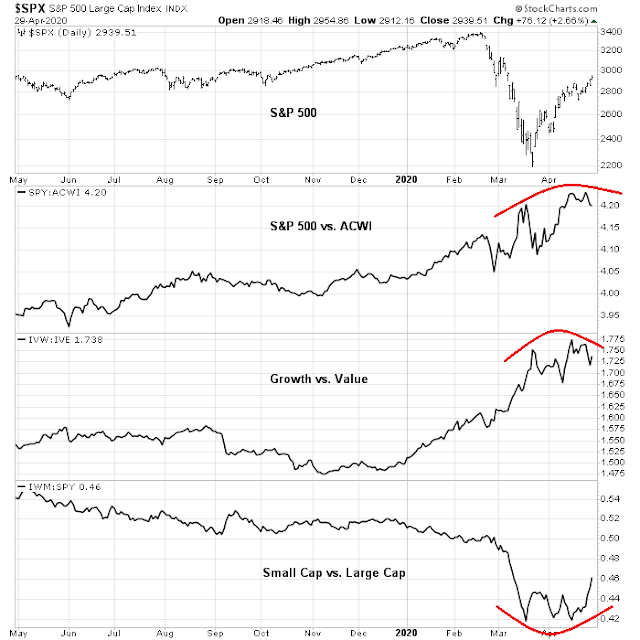 In the past, changes in market leadership have marked market bottoms, and the emergence of new bull markets. This interpretation comes with the important caveat that leadership changes are usually necessary, but not sufficient conditions for major bullish reversals.

The tone of sentiment surveys are also improving. II Sentiment is normalizing. Levels are returning to neutral, but not extreme enough for a crowded long reading. In light of the market’s positive momentum, prices have the potential for further upside. 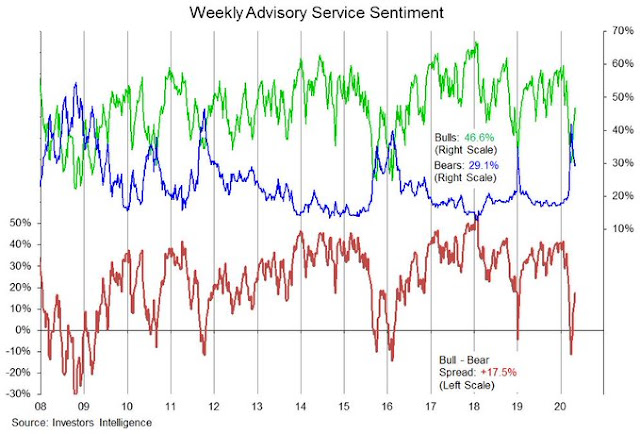 Similarly, the Fear and Greed Index has recover to only 46 and it is not even about the neutral 50 line yet Momentum is positive and bullish enthusiasm could run much higher before sentiment becomes a concern. 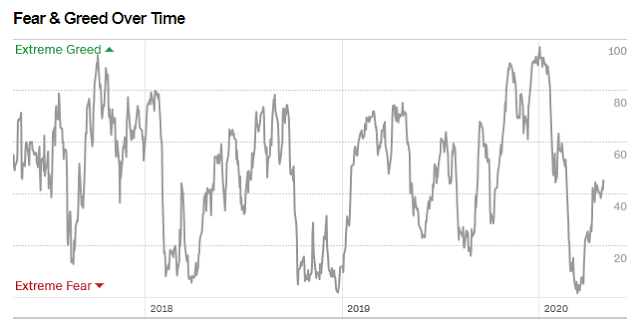 Here is what I am watching over the next few days. Short-term breadth is becoming overbought again, and the market could be due for a breather for the rest of the week. 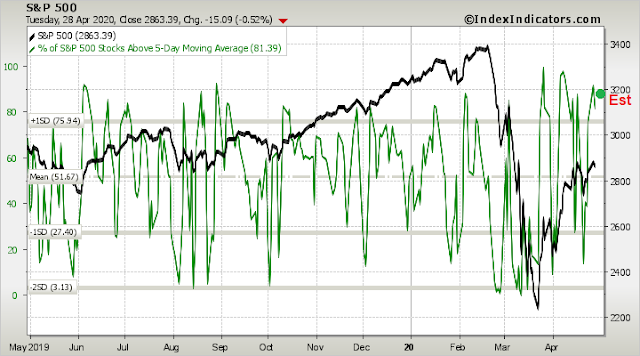 The next resistance can be found at about 3000, which is roughly the site of the 200 dma, as well as the market’s upper Bollinber Band (BB). How will it behave at those resistance levels? Upside potential may only be capped at 2% if the market is rejected at that resistance level. 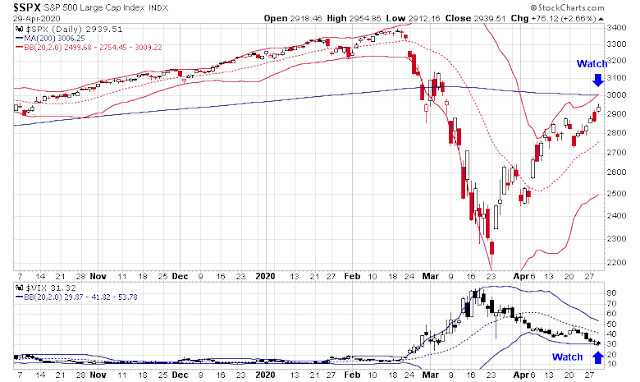 Lastly, the VIX Index is nearing a breach of its lower BBB, which is a market overbought signal indicating a possible pullback.

Subscribers received an email alert yesterday indicating that my inner trader had covered his short position. While the trading model had timed the sell-off and initial rebound well, it badly missed the magnitude of this latest rally. My inner trader is temporarily staying on the sidelines in cash in order to re-evaluate the technical picture. If my intermediate term assessment of a second bout of market weakness is correct, there will be plenty of opportunity to re-enter a short position. However, we need the advance to exhaust itself first, and then to assess whether the most likely path is a period of sideways and choppy consolidation, or another panic sell-off to re-test the March lows.

96 thoughts on “Looking through the FOMC meeting noise”