That said, no one could accuse me of being a permabull or permabear. My track record of major market speaks for itself. Most notably, I was correctly cautious in August 2018 ahead of the major top, and turned bullish just after the bottom in January 2019. While I was overly cautious during the summer and I expected a deeper valuation reset, I did turn bullish again after the market’s upside breakout in late October.

If history is any guide, past monthly MACD buy signals have seen prices higher 6 and 12 months later 100% of the time. However, there is one Achilles Heel of the bull case, and it’s China. 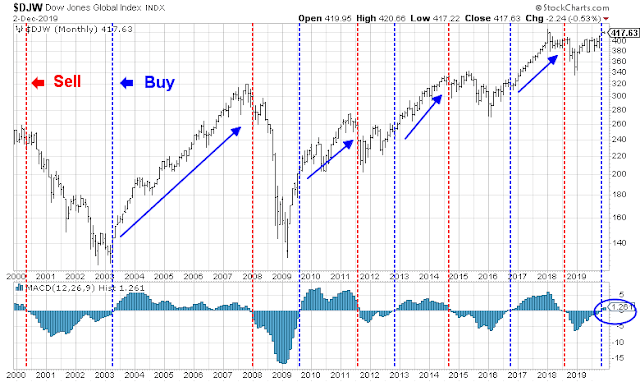 From rural bank runs to surging consumer indebtedness and an unprecedented bond restructuring, mounting signs of financial stress in China are putting the nation’s policy makers to the test.

Xi Jinping’s government faces an increasingly difficult balancing act as it tries to support the world’s second-largest economy without encouraging moral hazard and reckless spending. While authorities have so far been reluctant to rescue troubled borrowers and ramp up stimulus, the costs of maintaining that stance are rising as defaults increase and China’s slowdown deepens.

Policy makers are attempting to do the “minimum necessary to keep the economy on the rails,” Andrew Tilton, chief Asia-Pacific economist at Goldman Sachs Group Inc., said in a Bloomberg TV interview.

Among China’s most vexing challenges is the deteriorating health of smaller lenders and regional state-owned companies, whose financial linkages risk triggering a downward spiral without support from Beijing. A landmark debt recast proposed this week by Tewoo Group, a state-owned commodities trader, has raised concerns about more financial turbulence in its home city of Tianjin.

In addition, Caixin reported that the number of cities where with falling home prices on the secondary market are spiking. 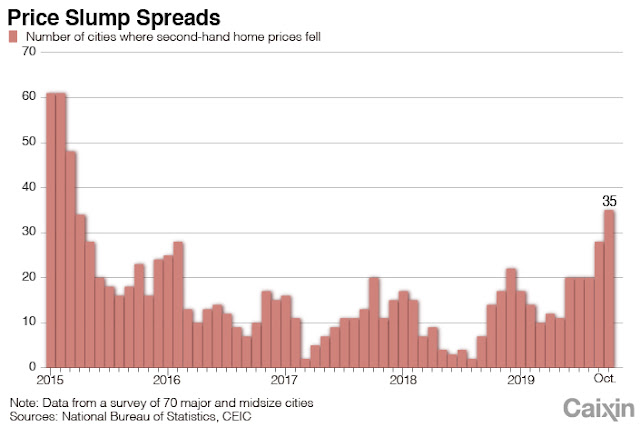 Chinese official media Global Times also reported that sticking points remain before China and the US can conclude a Phase One trade deal. At a minimum, don’t expect a deal before December 31. 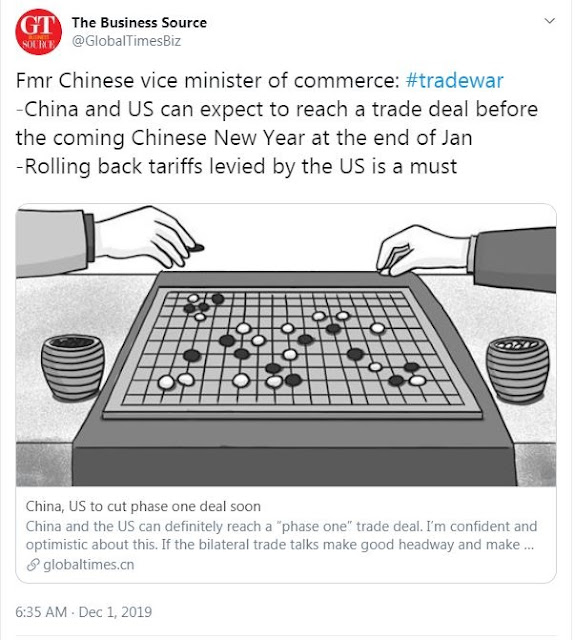 Is a global cyclical recovery possible if China is slowing?

Despite these ominous signs, the Chinese economy is exhibiting remarkable signs of resilience.  It appears that the slowdown is part of a deliberate strategy to decelerate growth in order to achieve a soft landing. The People’s Daily recently reported on Chinese premier’s Li Keqiang’s speech on the latest Five-Year Plan, which contained numerous references to “stability” that China watcher Michael Pettis interpreted as code for controlling debt:

Chinese Premier Li Keqiang stressed quality in making the 14th Five-Year Plan (2021-2025) on Monday while chairing a meeting on the new plan.

China has deepened reform in all areas and promoted wider opening up since the implementation of the 13th Five-Year Plan and fulfilled the goals listed in the plan on schedule, he said.

Following the principle of pursuing progress while ensuring stability, all regions and departments have deepened the all-round reform, taken the initiative to further open up, responded to risks and challenges from home and abroad, and maintained medium-high economic growth within a reasonable range, he said.

While the external environment is likely to be more complex with uncertainties and challenges, China is in a critical period to change its growth model, improve its economic structure, and foster new drivers of growth, he said. 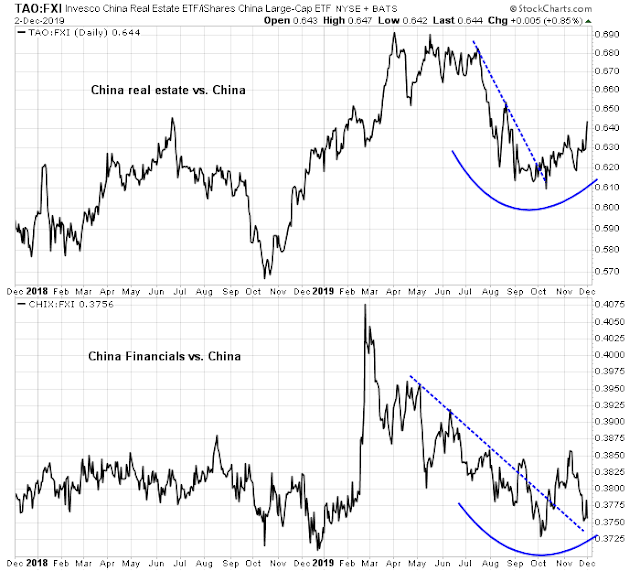 The charts of the Shanghai Composite, as well as the stock markets of China’s major Asian trading partners, are also showing few signs of panic. Even the Hong Kong market, which has been beset by protests and signs of economic recession, remains in an uptrend. 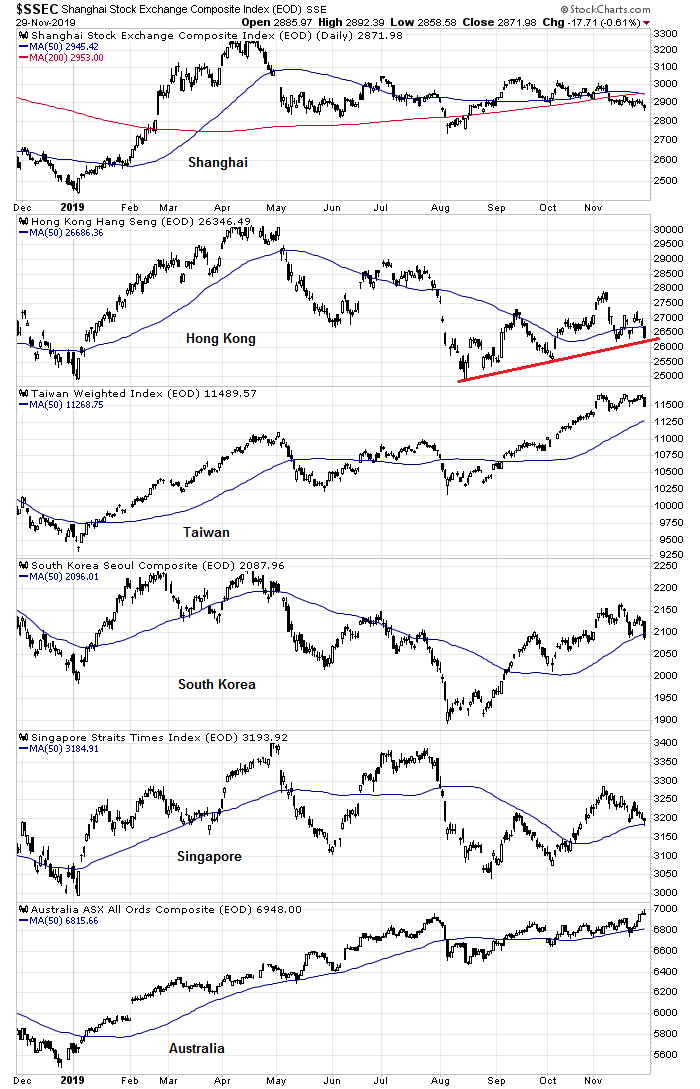 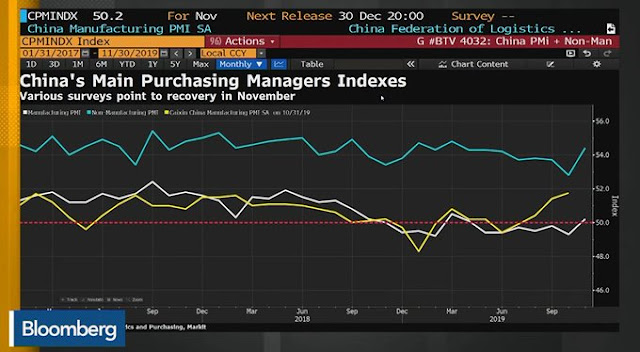 Add to the mix the positive surprise in eurozone PMI, US PMI, but a miss in ISM Manufacturing, the weight of the evidence is pointing to a global cyclical rebound. (4 out of 5 ain’t bad). Overall, global manufacturing PMI rose back above 50, or expansion territory, since April. 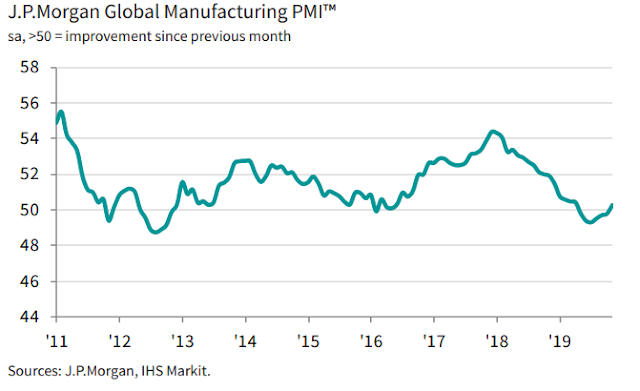 In conclusion, while China is a concern for my bull case for global equities, there are few signs that cause immediate concern. In that case, I am inclined to give the bull case the benefit of the doubt.

On an unrelated note, subscribers received an alert today that my inner trader was conditionally turning bullish from bearish. The VIX had spiked above its upper Bollinger Band, and if it stayed there by the closing bell, it would indicate an oversold condition and a buy signal. The VIX did indeed close above its upper BB, and the trading model has turned bullish. My trading account has covered its short and established an initial long position. 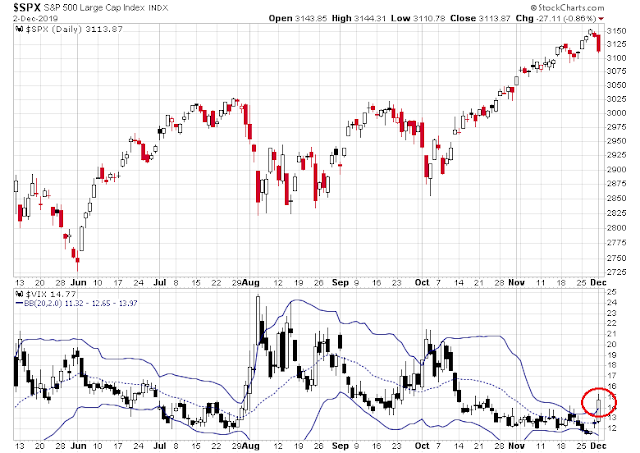 The market had been in the green overnight, until Tariff Man tweeted his decision to impose steel and aluminum tariffs on Brazil and Argentina. Equity index futures began to weaken, and eventually opened in the red. 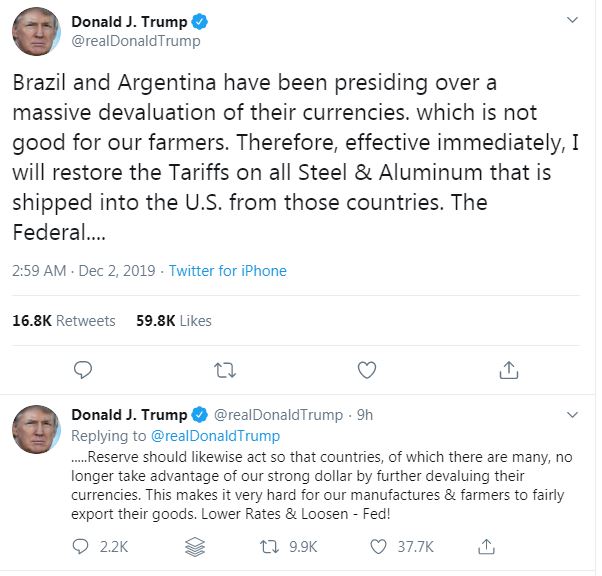 I am on records as stating that I expect any pullback to be shallow, and I interpret this as a gift from the market gods to reverse from short to long. Expect some choppiness for the rest of the week, but today`s low will likely prove to be a level of support should prices weaken again in the near future.

3 thoughts on “The Achilles Heel of my bull case”