A market on a knife edge – Humble Student of the Markets

Mid-week market update: Regular readers know that I have been tactically cautious on stocks in the last two weeks, but I don’t want to give the impression that I am wildly bearish. In fact, the SPX is on the verge of a long-term buy signal, marked by the positive monthly MACD reading. Should the index close at or close to current levels by month-end, it will have flashed a buy signal that has shown to be highly effective for intermediate and long term investors. 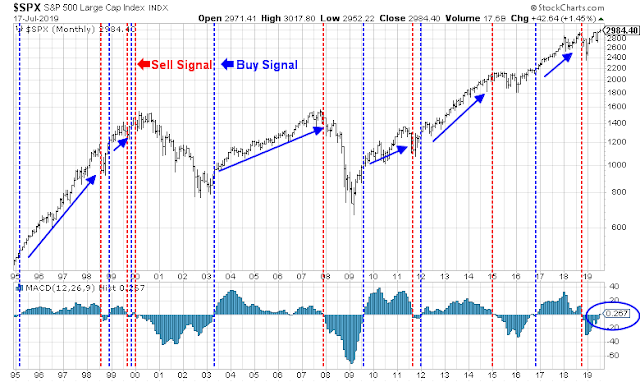 Before anyone becomes wildly bullish here, some caution may be warranted.

First of all, I would warn that the monthly MACD buy signal has not been confirmed by a number of other indices. The broader Wilshire 5000 has not flashed a buy signal yet, though it is very close. 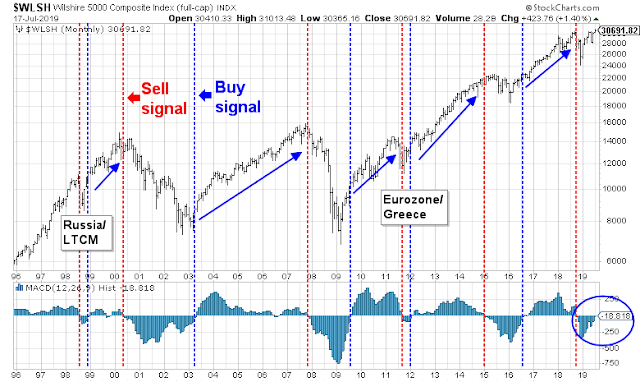 Global stocks have also not confirmed the buy signal either. 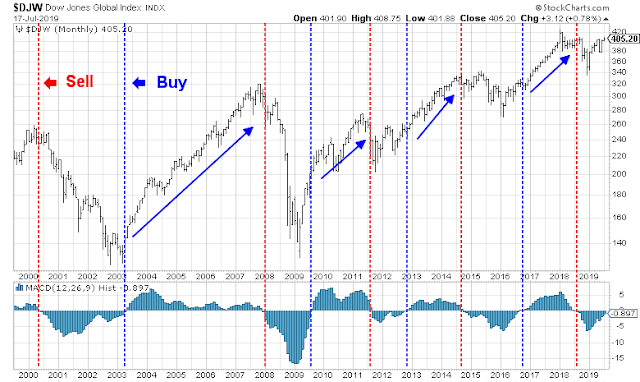 Similarly, we are also edging close to a MACD monthly buy signal for MSCI EAFE, but international stocks have not confirmed the SPX interim buy signal either. 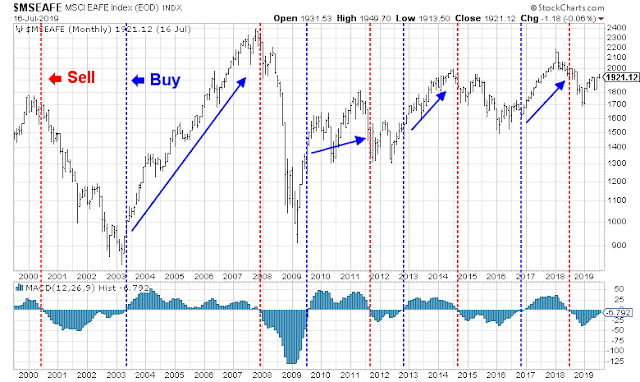 I am keeping an open mind as to how indicators develop. While we could very well see a long-term buy signal by July 31, the market was in a similar condition in early May when readings were on the verge of a buy signal. Trump went on to derail the rally with his famous weekend tweet that unraveled the trade talks and the equity bull run. 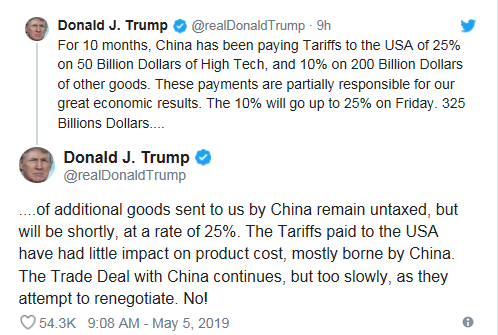 In the short run, the latest upside breakout of the Dow and SPX to fresh all-time highs face a number of challenges. Sentiment has become a little frothy, which is likely to create headwinds for further short-term upside. The 8-day moving average of the equity-only put/call ratio has reached complacent levels. In the past, market rallies have tended to stall when sentiment has reached these levels of enthusiasm. Current conditions are especially problematical as short-term sentiment has moved to a crowded long condition as the index tests overhead resistance. 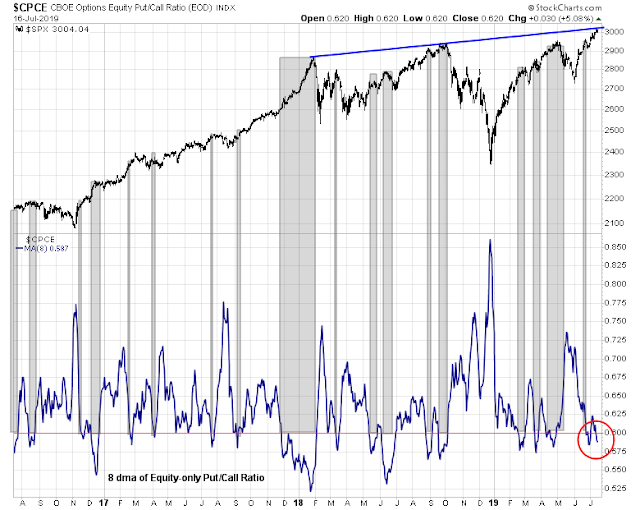 We saw last month that equity hedge funds apparently have a low exposure to stocks on a longer time frame. We also follow macro and commodity-trading funds, which tend to be more aggressive, leveraged, and trend-following with a shorter time frame. And they have suddenly seen the light, going from 25% short exposure in March to more than 50% long exposure by late last week.

Goepfert also pointed out that small option traders, otherwise known as the retail dumb money, are piling in on the long side, which is contrarian bearish.

Q2 earning season has begun, with the major banks kicking off the reports. While most of the financials have beaten Street expectations, the preliminary market reaction report card has been less than stellar. The sector has marginally underperformed the market, which is another cautionary sign. 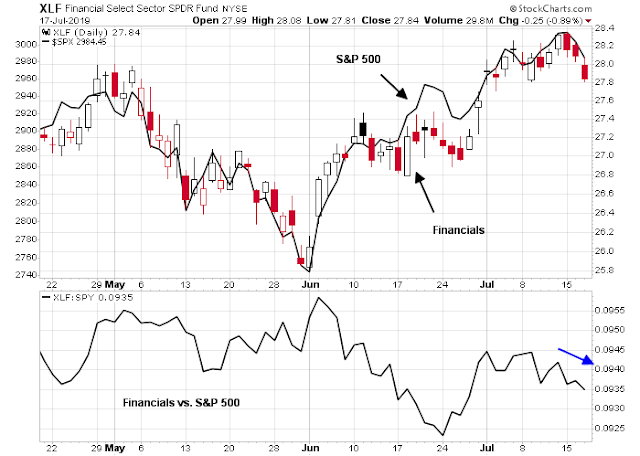 From a short-term trading perspective, the SPX is perched just above a gap at 2880-2890 that could get filled. Additional support can be found at about 2950, which is the previous breakout level, Should 2950 support get violated, a gap at 2940-2950 is waiting to get filled as well. 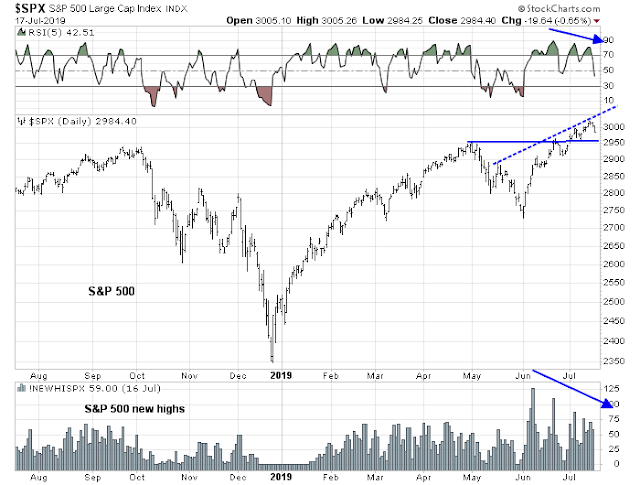 My base case scenario calls for market choppiness and volatility for the next few weeks of earnings season, with a slight bearish bias. My inner investor neutrally positioned at his target asset allocation weights, and my inner trader is holding to his small short position.

9 thoughts on “A market on a knife edge”