Some lessons on trading market surprises – Humble Student of the Markets

Mid-week market update: When the news of the Trump tweets broke, I wrote:

When it comes to unexpected news, my tactical inclination is to stand aside and let the market tell the story, and then reassess once the dust is settled.

In a very short time, the market has gone to a full-blown panic. 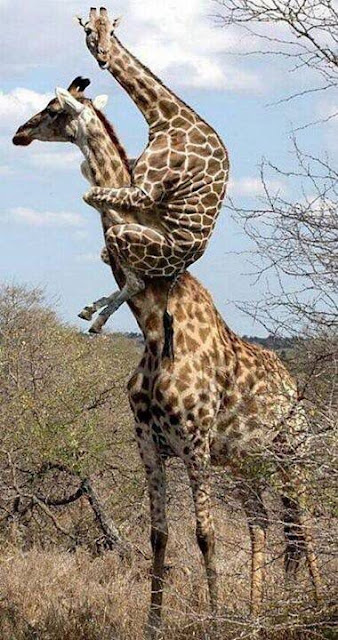 The breadth of the decline has been astounding, and it is unusual to see this level of correlation in a sell-off, especially when the SPX is only -2.1% off its all-time highs as of Tuesday’s highs. This kind of behavior is evidence of a panicked stampede. 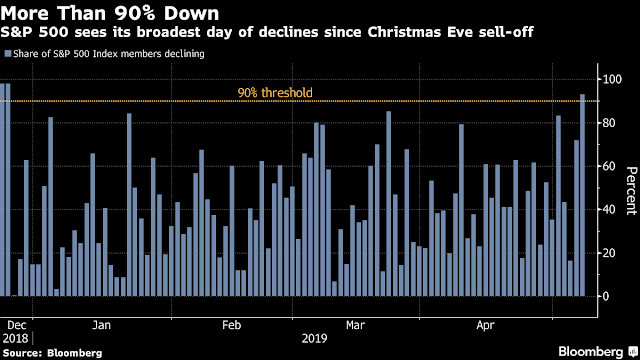 That said, the dust is starting to settle on this trade related downdraft. It is time to assess the situation.

Reuters dropped a bombshell early this morning with a story of how the Chinese had backtracked on their commitments:

The diplomatic cable from Beijing arrived in Washington late on Friday night, with systematic edits to a nearly 150-page draft trade agreement that would blow up months of negotiations between the world’s two largest economies, according to three U.S. government sources and three private sector sources briefed on the talks.

The document was riddled with reversals by China that undermined core U.S. demands, the sources told Reuters.

In each of the seven chapters of the draft trade deal, China had deleted its commitments to change laws to resolve core complaints that caused the United States to launch a trade war: Theft of U.S. intellectual property and trade secrets; forced technology transfers; competition policy; access to financial services; and currency manipulation.

U.S. President Donald Trump responded in a tweet on Sunday vowing to raise tariffs on $200 billion worth of Chinese goods from 10 to 25 percent on Friday – timed to land in the middle of a scheduled visit by China’s Vice Premier Liu He to Washington to continue trade talks.

The straightforward interpretation of this story is the Chinese had reneged on past commitments, or had become overly aggressive in their negotiations. Another explanation is this was a calculated leak by the American side to spin their version of events, and to put more pressure on the Chinese.

Past analysis of the trade dispute had shown that the China had technical objections to changing their laws because it would mean a contradiction of previously published Party directives and Xi Jinping principles. Forcing them to backtrack would amount to an unacceptable level of humiliation. An LA Time article published two days ago highlighted the analysis of Derek Scissors of AEI, who explained the political nuance of the American demands [emphasis added]:

Trump did not elaborate on why he suddenly revived the threat to raise tariffs, fueling speculation that the president was posturing or employing last-minute pressure tactics to close a deal.

But Lighthizer and Treasury Secretary Steven T. Mnuchin, who were in Beijing last week, said at the briefing Monday in Washington that China was backpedaling on language in the text, with the potential of significantly altering the deal, according to Bloomberg News.

Analysts familiar with the development said that one key element of the U.S. complaint centered on China’s resistance to codifying in Chinese law an agreement that dealt with strengthening intellectual property protections.

Derek Scissors, a China expert at the American Enterprise Institute, said he regarded this matter as more to do with form than substance. At the crux of it, he said, the Chinese did not want to include in the deal anything that would be taken as a repudiation of Chinese President Xi Jinping’s leadership.

Soon after the Reuters story broke, Trump tweeted that Vice Premier Liu He was coming to Washington to “make a deal” and the futures market rallied. Of course Liu is visiting Washington “to make a deal”. What else was he planning to do? Visit the Smithsonian? 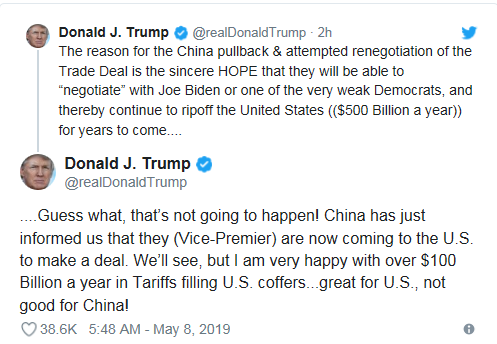 How did the market react to these news stories, which came out before the open? Stock prices are roughly flat on the day, despite the bearish overtones of the Reuters report. What is even more surprising is the market stabilized when the SPX is only about 2% off its highs.

From a sentiment perspective, a market that does not react to bad news is bullish. From a technical perspective, the market is turning up at just the right time. The SPX bounced off trendline support of a rising channel, and 14-day RSI is turning up just below neutral in a manner consistent with past minor pullbacks, while VIX flashed a market oversold reading by surging above its Bollinger Band.

The technical damage from the sell-off has been relatively minor. There are no signs of any serious breakdowns in the performance of the top five sectors that comprise over two-thirds of the index weight. The market cannot rise sustainably without the participation of these heavyweights, nor can they fall without serious technical breakdown of a majority of these sectors. 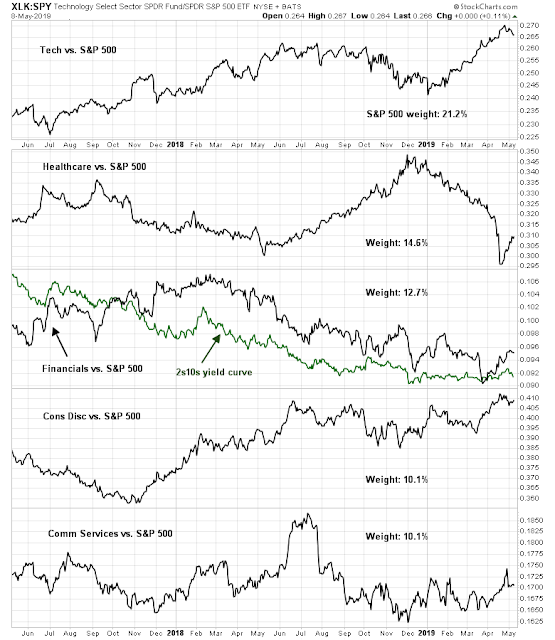 To be sure, there will likely more volatility ahead. I have no idea as to how the trade talks will be resolved this week. There are four possibilities:

The consensus expectation is (1) will be very negative, stock prices will surge on outcome (2) and (3), and (4) will be mildly negative for prices, but not catastrophic. That said, it is unclear how much of (4) has already been discounted.

Oh, if you are bearish because of the record short in VIX futures and think the latest simmering trade news is going to spark a market crash, don’t get too excited. Fresh analysis from Goldman Sachs shows that the VIX shorts offset the long position dominated by ETP issuers. Waiting for VIXmageddon may be like Waiting for Godot.

For the last word, I refer readers to some back of the envelope calculation from strategist Tom Lee. While any analysis from Lee should be taken with a grain of salt because of his permabull reputation, he does make a valid point. Do you think that a trade war will last as much as a year? 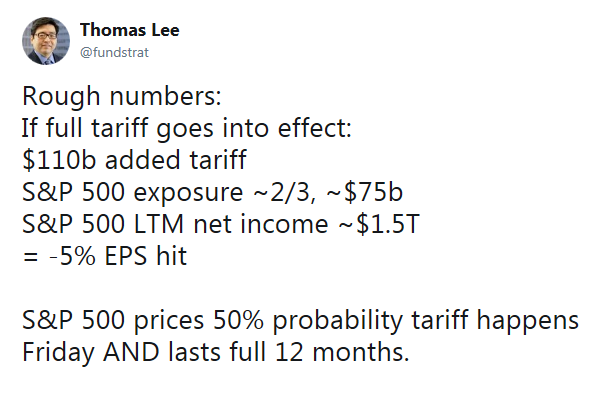 My inner trader remains bullishly positioned. While my inner investor is taking no action, more conservative investment oriented accounts may wish to sell covered calls against existing long positions in order to lock in the juicy option premiums from the spike in volatility.

4 thoughts on “Some lessons on trading market surprises”