The Animal Spirits are stirring – Humble Student of the Markets

Mid-week market update: In light of Monday`s Zweig Breadth Thrust signal, I thought I would do one of my periodic sector reviews to analyze both sector leadership and the implications for stock market direction.

A review of the latest RRG chart shows a market in a bottoming process, with defensive sector leadership starting to roll over, and selected high beta and cyclically sensitive sectors becoming the emerging market leaders. While defensive sectors such as the Consumer Staples, Healthcare, REITs, and Utilities, are in the leading quadrant, they are losing relative strength. By contrast, Communication Services, led by selected FAANG stocks and high beta names, and Materials appear to be poised to become the next market leaders. 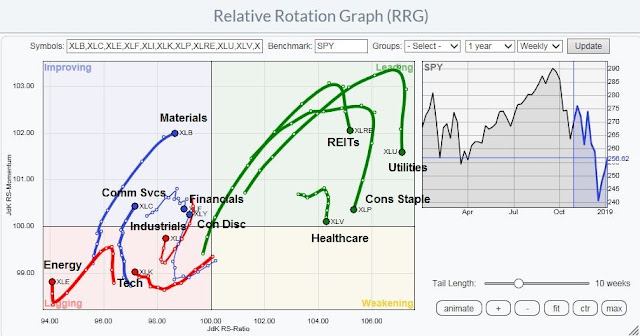 I have had a million questions about the recent ZBT buy signal (see A rare “what’s my credit card limit” buy signal). Many questions and comments revolved around distinguishing the short and intermediate term outlooks after such signals.

Rob Hanna of Quantiable Edges documented the past forward 20-day performance of such signals. From this table I can make a number of observations. These signals are rare, they often occurred at major market bottoms, and all were profitable after 20 trading days. 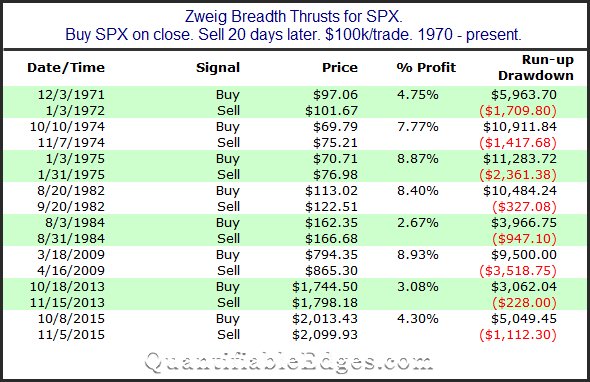 The ZBT is a burst of price momentum in a short period that moves from deeply oversold to deeply overbought. Ryan Detrick observed that the McClellan Oscillator (NYMO) went from super oversold to super overbought within two weeks. The last time this happened was the market bottom in March 2009. 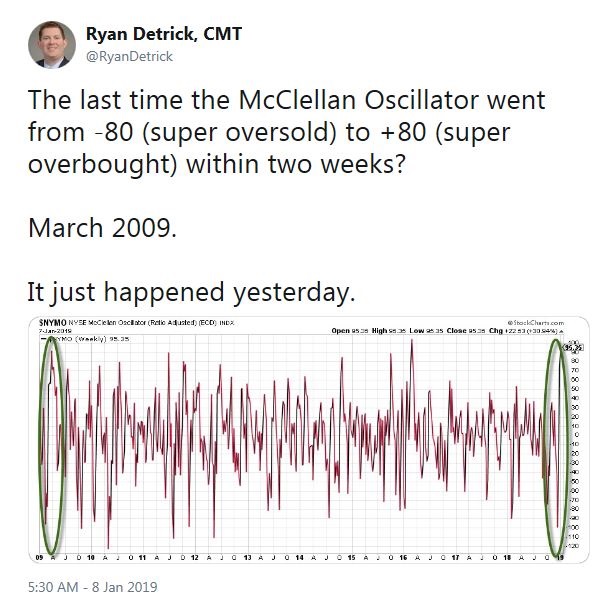 I observed in my post (see A rare “what’s my credit card limit” buy signal) that the market often paused and consolidated its gains for about 2-3 after the ZBT signal. Urban Carmel also found that similar NYMO breadth thrusts saw short-term pullbacks and consolidations, though they ultimately resolved themselves bullishly. 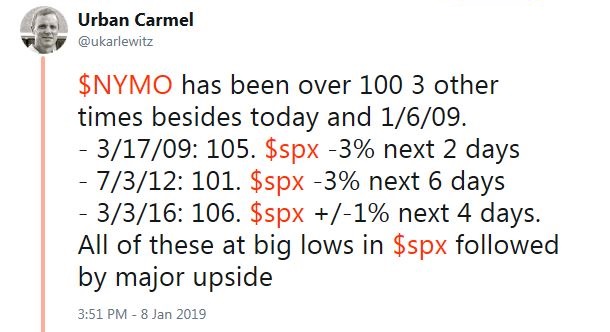 In short, ZBT buy signals are very rare, and they tend to mark major market bottoms. While the one to 12 month track record has shown positive gains, expect a brief pullback and consolidation to digest the gains after the signal. Any weakness should be interpreted by traders as an opportunity to buy.

When I view the market through a sector and market internals prism, high beta groups are starting to revive. The chart below of the market relative performance of different high beta groups, from high beta to low volatility, to NASDAQ internet, and IPO stocks, all show bottoming patterns. These groups have rallied through relative downtrends and they are in the process of making broad based saucer shaped relative bottoms. 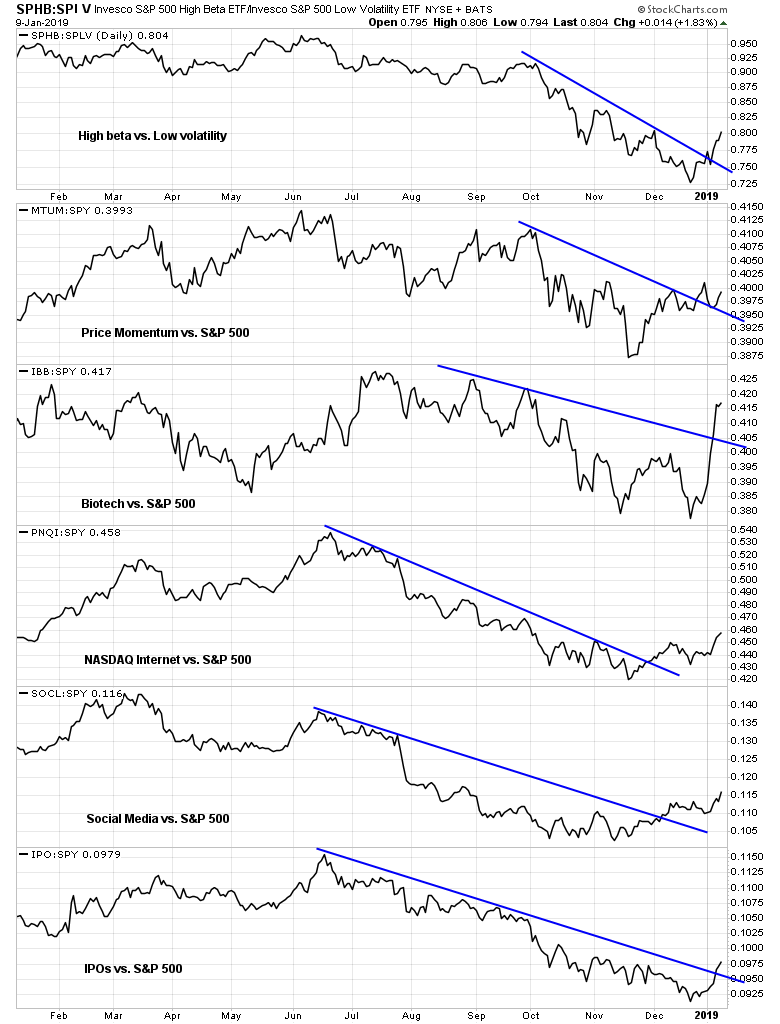 As well, the cyclically sensitive Materials sector may also serve as useful diversification to the high-octane FAANG names contained in Communications Services.

In conclusion, sector rotation analysis reveals a market that is undergoing a bottoming process. Defensive sectors are rolling over in relative strength, and selected high beta groups are becoming the emerging market leadership.

My inner investor is drawing up a buy list of names, and he plans to re-balance his portfolio from underweight to market weight equities. My inner trader went long on Monday at the ZBT buy signal, and he plans to add to his positions on any pullback.

15 thoughts on “The Animal Spirits are stirring”