The Zweig Breadth Thrust (ZBT) is a variant of the IBD Follow-Through day pattern, but on steroids. Steven Achelis at Metastock explained the indicator this way [emphasis added]:

Monday’s strong NYSE breadth has pushed the ZBT Indicator into buy signal territory. Call this a “what’s the limit on my credit card” buy signal for investors, though not necessarily traders.

Here is how the market has behaved after ZBT buy signals.

The history of ZBT buy signals

The chart below shows the history of ZBT buy signal in the last 20 years.

Even though the sample size was small (N=4), we can make the following observations:

Here are the histories of the individual buy signals. Here is the one from May 14, 2004. Tactically, the market weakened for two days after the buy signal. It proceed to rally, and then pulled back to test and undercut the previous low three months later.

The ZBT buy signal of March 18, 2009 was the best performing signal of the last 20 years. The market still saw a three day tactical pullback and consolidation after the signal.

The buy signal of October 14, 2011 only saw a brief one day pullback after the buy signal. However, the market did weaken and correct within two months.

The buy signal of October 18, 2013 was one of the strongest momentum thrusts of the ZBT buy signals in the last 20 years. The market kept rising and never looked back. When the corrective pullback occurred 3 1/2 months later, the decline did not weaken sufficiently to test the previous low.

The buy signal of October 8, 2015 was the weakest of the ZBT signals in the last 20 years. The market consolidated and pulled back within a week, rallied, and weakened again to undercut the previous lows within a three month period.

In conclusion, the ZBT buy signal is a rare display of bullish positive momentum. While investors have to be prepared for some short-term setbacks, the odds favor higher stock prices in a 12-month time frame.

The short-term outlook for traders is a bit more challenging. While the breadth thrust does signal positive momentum, stock market indices have risen into resistance zones where the rally may stall. 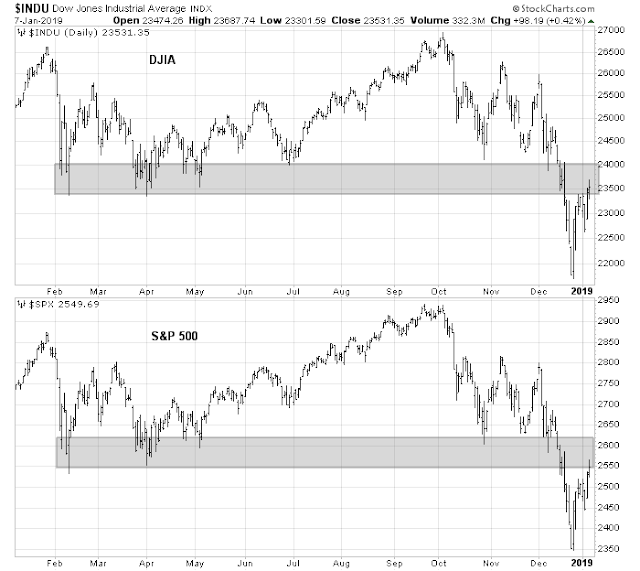 The challenge for the bulls is to push the market into overbought territory and keeping it there. In the past, such “good overbought” conditions has led to sustained advances. The one constructive condition is the market isn’t even overbought on the 5-day RSI yet. 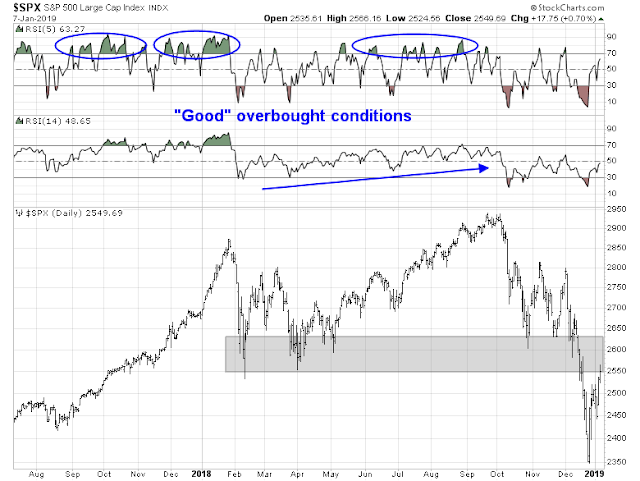