I had highlighted an unusual contrarian buy signal in my last post (see Round number-itis at 2500). NAAIM sentiment, which is reported weekly, turned anomalously bearish last week and fell below its lower Bollinger Band. Past episodes of such occurrences have turned out to be very good contrarian buy signals. 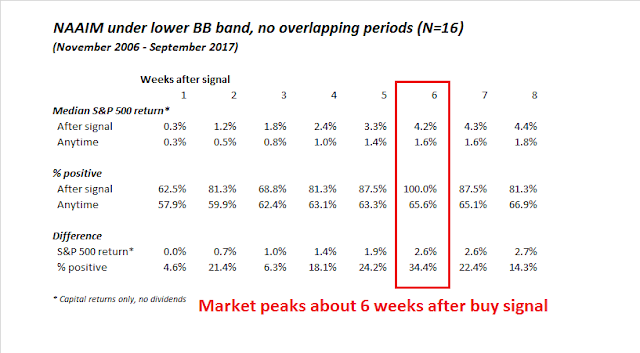 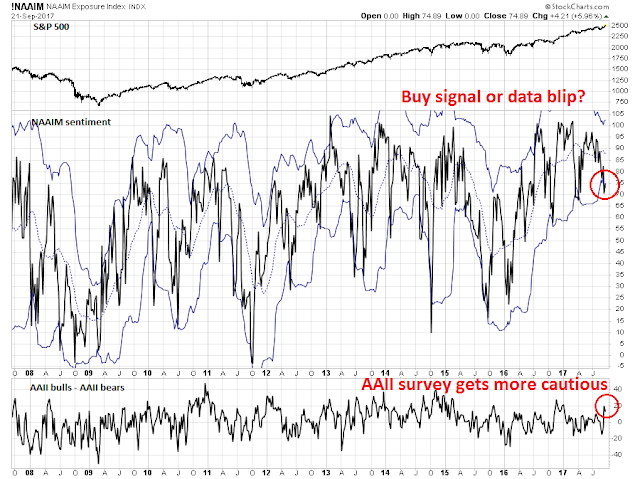 Was last week’s contrarian buy signal for real, or a data blip?

A dive into the data

For another perspective, the bearish extreme reading disappears when we apply a 4-week moving average to the NAAIM readings. 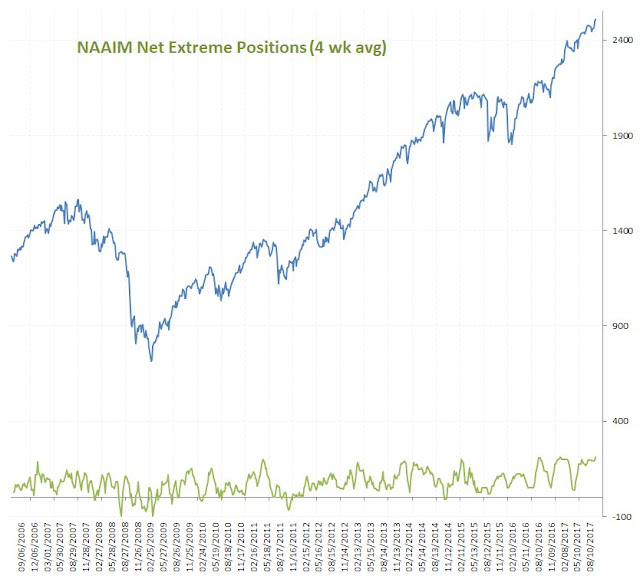 We can get further clues when we dive into the data. Here is the data table as published by NAAIM: 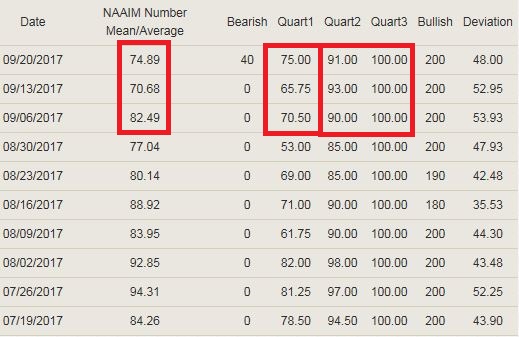 Here are my main takeaways:

This week’s readings are consistent with my hypothesis of a data entry error last week. In all likelihood, a sentiment response was keyed in improperly last week, which dragged down the average reading. In light of the near universal rise in bullishness last week from all other sentiment surveys, I interpret last week’s NAAIM survey response as a data blip and not a legitimate contrarian buy signal.

That said, my inner trader remains tactically bearish, though he recognizes that the stock market remains in an intermediate bull trend.

In particular, one contrarian sell signal from Trade Followers has been particularly effective. This signal is flashed whenever all sectors are showing bullish Twitter breadth readings, which they did last Friday. 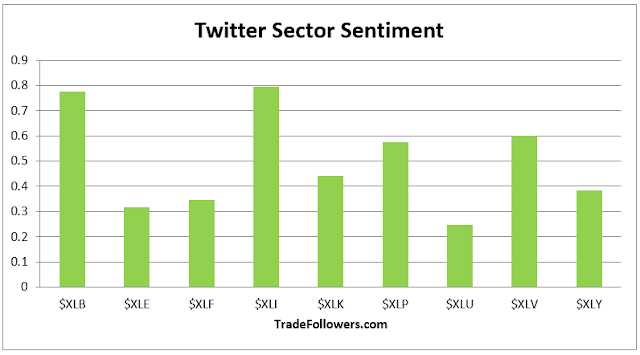 Excluding the current signal, there were six similar sell signals since 2015. In five of the six instances, the market either declined or stalled. There was only one failed signal, which occurred in March 2016, though the market did decline slightly the week after that signal. Here is a list all of the past Trade Follower posts of with similar sell signals:

In addition, Tom McClellan recently warned about short term stock weakness due to subdued volume in XIV. Past episodes of low XIV volume have been signals for traders to be cautious.

As a result of these factors, my inner trader is maintaining his short term short exposure to equities.