A correction on the horizon? – Humble Student of the Markets

Mid-week market update: It’s always nice to take a few days off during the holidays, except all that I got for Christmas was a cold. The stock market doesn’t seem to be doing too much better as it tests the bottom of a narrow trading range during what should be a period of positive seasonality. 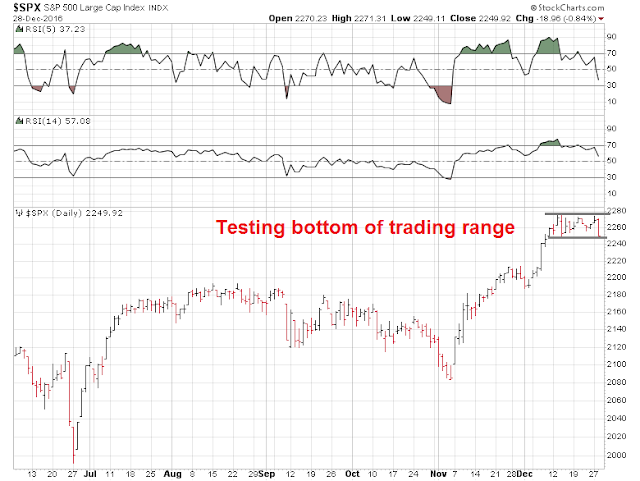 None of the other major indices, such as the DJIA, NASDAQ, or Russell 2000, have broken support. The one exception is the Dow Jones Transports. 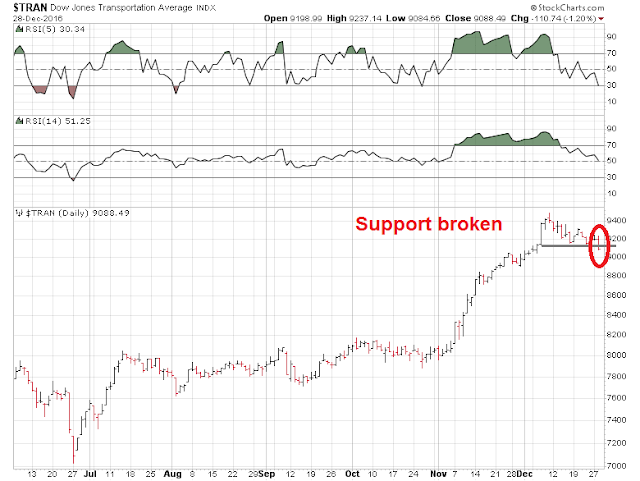 My inner trader has a number of tactical concerns as we look ahead into January.

As the chart from Trade Followers shows, Twitter bullish breadth is weakening. Such a condition is bad news for the bulls. 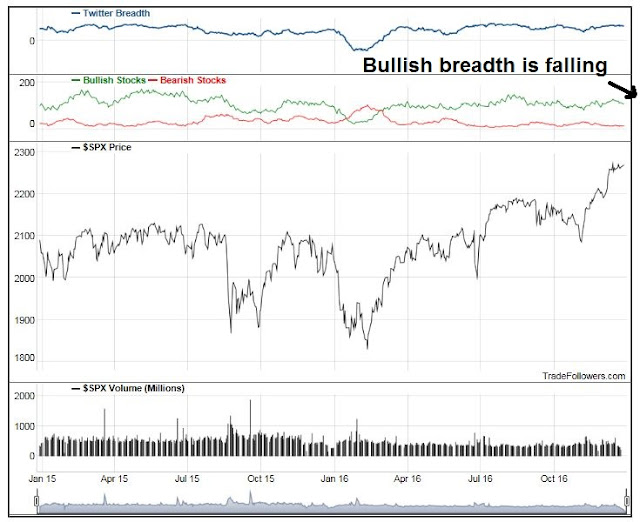 As stock prices have rallied since the election, the level of anxiety fall significantly. The chart below depicts the spread between 3-month VIX and 9-day VIX. Usually, the spread is positive, which is called a contango in the VIX term structure. However, when the contango gets too high, defined as the spread as 6 points or more, the stock market has generally undergone a period of sideways consolidation or correction (blue dotted lines). 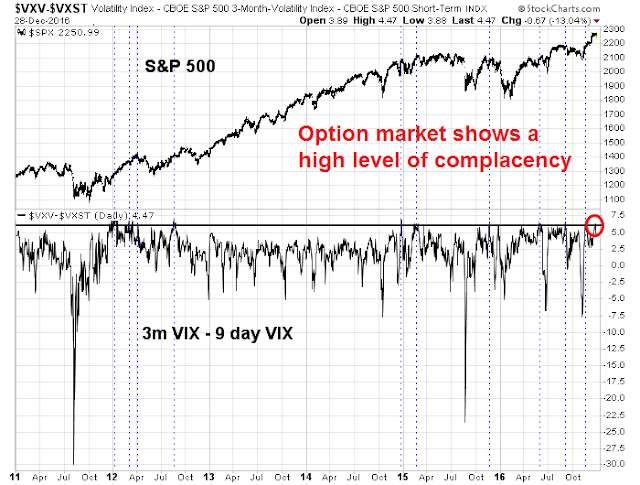 The jury is still out for this year’s Santa rally, but the signs are not looking good.

I am not willing to throw in the towel on the bull case just yet. However, if we see a definitive downside break in the trading range, the trading model will flip from bullish to bearish and my inner trader will act accordingly.