Waiting for the consolidation to end – Humble Student of the Markets

Mid-week market update: The intermediate term outlook that I’ve been writing about for the past few weeks hasn’t really changed (see Get ready for the melt-up and Party like it’s 1999, or 1995?). The stock market continues to enjoy a tailwind based on the combination of overly defensive investors and a growth turnaround which is leading to a buying stampede.

The Dow, SPX and NASDAQ made simultaneous new all-time highs (ATHs) on Friday, August 5, 2016 and repeated that feat again this week on Monday, August 15, 2016. Ryan Detrick of LPL Research pointed out that such events tend to be bullish. The chart below shows past instances of simultaneous new highs. 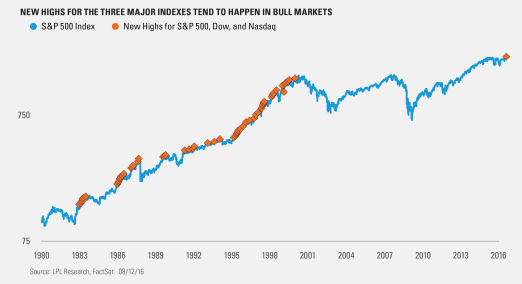 The table below details stock market performance after such events. Current circumstances are consistent with my buying stampede thesis. 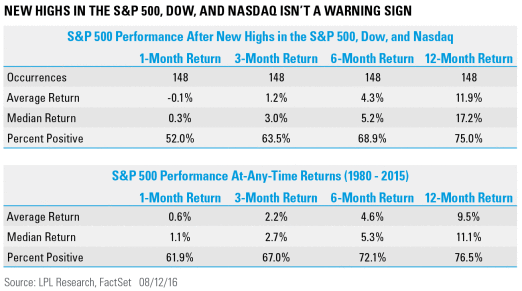 However, it is not at all unusual for stock prices to trade sideways after breakouts to ATHs. As long as the consolidation action is benign, the path of least resistance is up. The minor market weakness in the last couple of days is also consistent with my view of sideways consolidation.

I had previous highlighted analysis from SDJ10304 indicating that when the VIX Index fell below its lower Bollinger Band (BB) and the BB was narrow, SPX median returns were flat for one and two weeks. This condition was triggered on Friday, August 5 and this is the second of the two weeks. If history is any guide, then expect some continued choppiness until the end of the week, after which equity returns should improve. 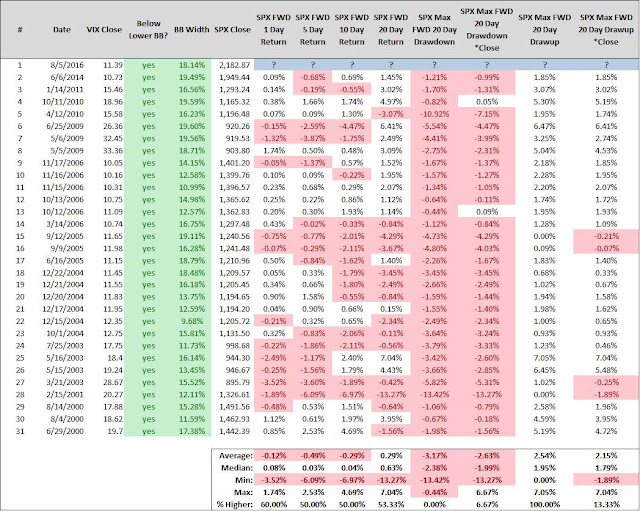 Equity options (OpEx) expire this week and OpEx weeks have tended to see a positive bias, but prices mean revert in the week after OpEx. However, this analysis from Rob Hanna of Quantifiable Edges shows that August OpEx has shown an unusually poor record of returns. So the bulls shouldn’t expect any help from OpEx week.

Looking beyond this week, the trading outlook is starting to look constructive. The perennially bullish strategist Tom Lee had turned tactically cautious about a month ago, citing the unusual condition where stock volatility had fallen bond volatility, which tended to result in short-term stock market weakness. 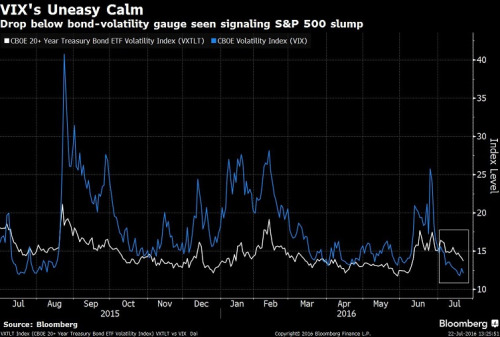 Here is what he said in a tweet today:

Here is what I am watching. The SPX traded sideways for about three weeks starting in mid-July when it first broke out to new ATHs. Pullbacks were shallow and the worst correction was halted at the 20 day moving average (dma) and the middle of the Bollinger Band (BB). The SPX is now testing its 20 dma and mid BB support again. In addition, the VIX Index (bottom panel) is very close to the top of its BB, which has often acted as resistance and a short-term buy signal in the past. 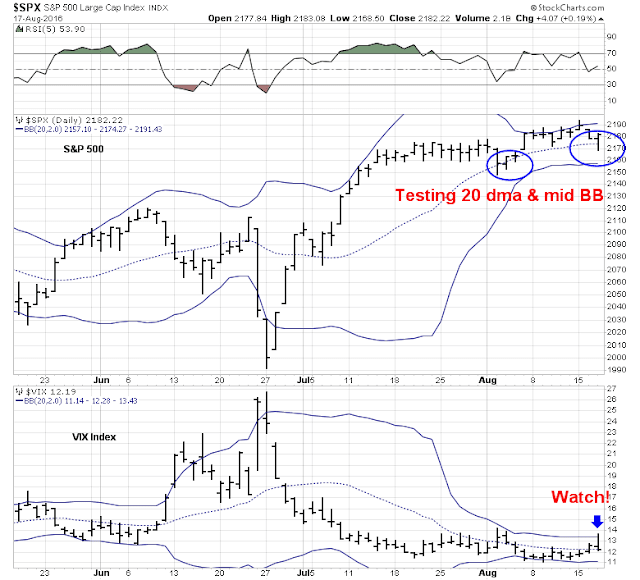 My inner trader is currently partially long the market. Should the VIX Index penetrate its upper BB on a closing basis, which may not may not happen, he is prepared to add to his long position. In any case, downside risk is relatively limited here as any corrective action should see strong support at the 2120 breakout point.