It’s always difficult to make definitive market comments on FOMC day, as initial market moves are often reversed on the next day. We can say that the bulls were disappointed by the market reaction to the soft CPI report. The S&P 500 rallied up to test the falling resistance trend line but failed. While the bulls fell short of pushing the index about resistance at 4100, the bears were also unable to push the market below support at 3900. Tactically, all that’s left is to wait for the Santa Claus rally.

2022 has been a difficult year for investors. The silver lining is this environment conducive to tax-loss selling. When the tax-loss sales abate, it becomes a setup for the Santa Claus rally, which begins the day after Christmas and ends the second day of the new year.

I can offer two sets of possible sets of candidates that could outperform during the Santa Claus rally window. The first is small-cap stocks. Small caps had been tracing out relative bottoms against the S&P 500 for most of this year. In November, their relative strength faltered and they began to lag again. Their underperformance is probably partly attributable to tax-loss selling pressures. 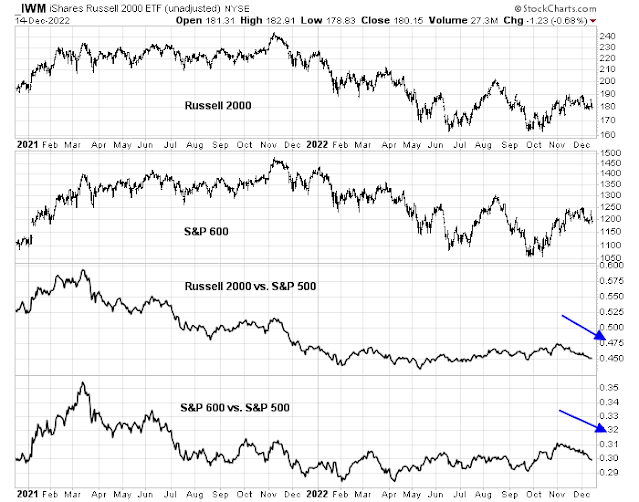 Another is crypto plays. I am on record that I believe crypto-currencies are nothing more than digital beanie babies. but crypto plays could be washed out here and enjoy a tactical bounce during the Santa Claus rally window. To begin, the recent cover of The Economist is a contrarian magazine cover indicator. 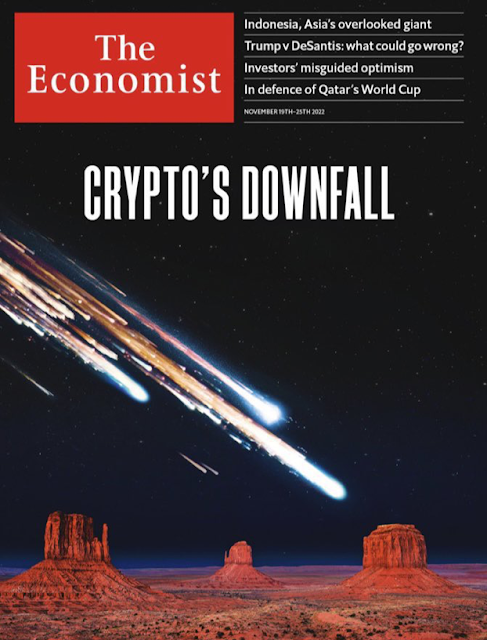 The arrest and subsequent indictment of Former FTX CEO Sam Bankman-Fried in the Bahamas could serve to put a bookend to the latest sorry episode of crypto implosion. While Bitcoin is holding long-term support, the shares of Coinbase (COIN) and Greyscale Bitcoin Trust (GBTC) have violated support. Moreover, the GBTC/Bitcoin ratio continues to decline, indicating further a widening discount. Keep in mind that the astronomical yield level of COIN’s debt is a market signal that in a disorderly windup, COIN common shareholders are likely to be wiped out. Nevertheless, the latest episode of market weakness could be a signal of a market washout that could see crypto-related plays stage a significant bounce. 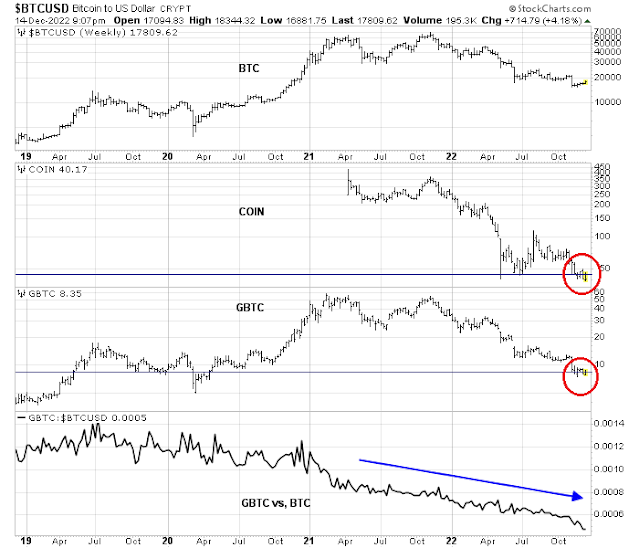 Needless to say, the crypto space is a high risk/high reward trading opportunity. Size your positions accordingly, (though I am personally staying away).
My inner investor is roughly neutrally positioned against the asset allocation benchmark specified by his investment policy. My inner trader is holding to his S&P 500 short, but expect to opportunistically cover his position before the onset of the Santa Claus rally window.
Disclosure: Long SPXU