Mid-week market update: How far and long can this rally run? Here is one way of determining upside potential. The S&P 500 staged an upside breakout through an inverse head and shoulders pattern, with a measured objective of about 4120, which is the approximate level of the 200 dma.

The inverse head and shoulders breakout is even more evident using the Russell 2000, which staged an upside breakout through its 50 dma.

Here are some reasons why that this rally has a lot further to run. The NYSE McClellan Summation Index (NYSI) just recycled from an extreme condition of below -1000, which has always sparked a relief rally in the past. As well, rallies usually haven’t stalled until returned to the zero neutral line. The only exception occurred in July 2008, when the rally petered out with NYSI at -200. 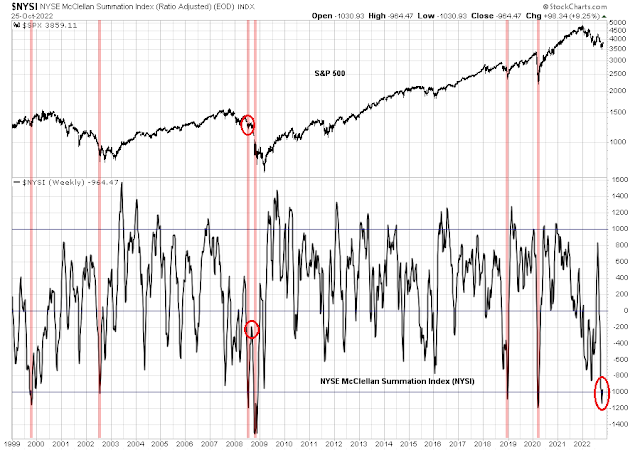 The S&P 500 has been inversely correlated to the USD for all of this year. The USD Index has been weakening and just violated a minor rising trend line, though the longer term uptrend remains intact. At a minimum, this argues for a period of consolidation for the USD and therefore stock prices instead of a stock market decline back to test the old lows. 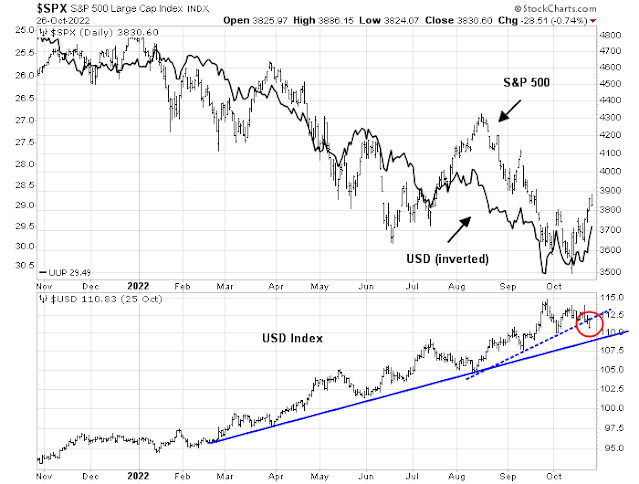 It’s always more difficult to call tops than bottoms, but here are some other signposts that I am watching from a short-term tactical viewpoint. The NYSE McClellan Oscillator (NYMO) reached an overbought condition yesterday. The last two bear market rallies of 2022 saw NYMO trace out negative divergences before finally topping, and tops were accompanied by either near-overbought or overbought conditions on the 14-day RSI. We’re quite there yet. 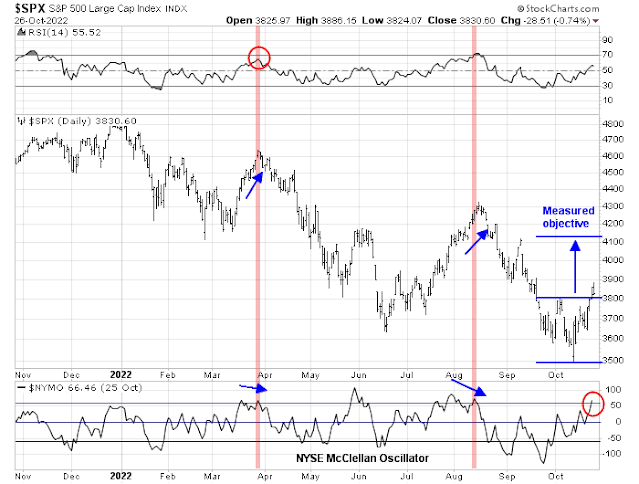 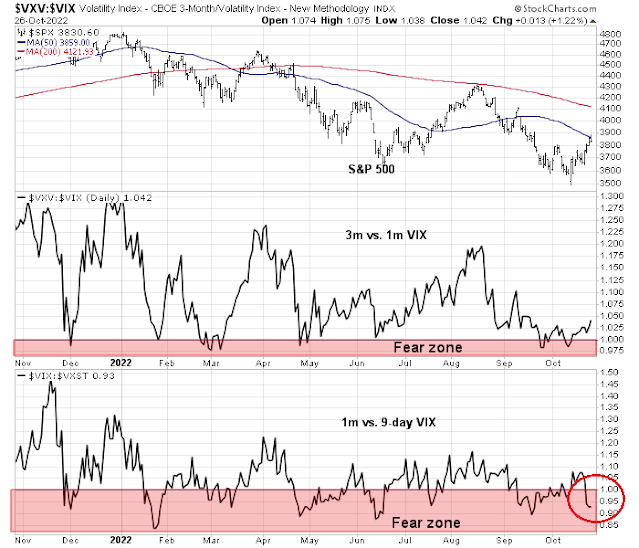 The two bear market rallies of 2022 saw the 10 dma of the equity put/call ratio fall below the 200 dma. While readings are close, the cautionary signal hasn’t been triggered yet. 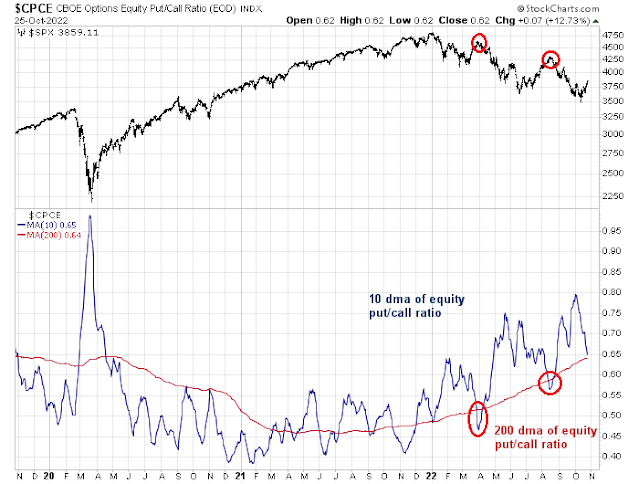 That said, ITBM flashed a well-time buy signal last week, by its 14-day is nearing an overbought condition, which would be a warning that the rally could stall at any time. 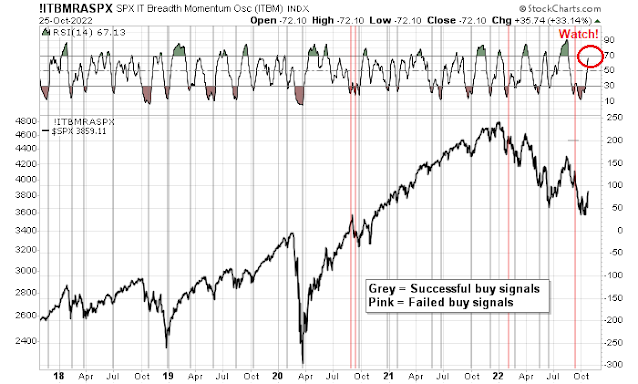 Stay tuned. In addition to the volatility induced by earnings season, investors will have to look forward to the uncertainty of the FOMC meeting next week.
Disclosure: Long SPXL

9 thoughts on “How far can this rally run?”