Will Europe drag us into a global recession? – Humble Student of the Markets

It’s finally happened, the euro fell below par against the US Dollar. The weakness can be attributable to a combination of Fed hawkishness and European economic weakness.

Europe is almost certainly in a recession. Consumer confidence has skidded to levels last seen during the Eurozone Crisis of 2011-2012. The questions are whether the region will drag the rest of the global economy down and the implications for asset returns. 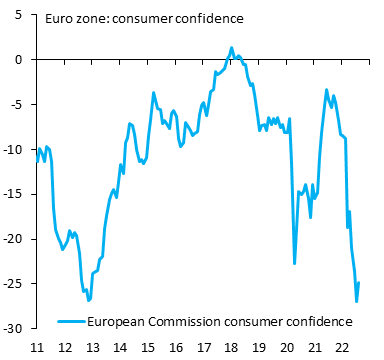 European equity market performance looks grim. The relative performance of the MSCI Eurozone is testing a key relative support level. The region’s laggards are Germany, which has become the sick man of Europe, and Italy, which is burdened by concerns over yield spreads and the political uncertainty of the upcoming election on September 25, 2022. Polling indicates that a right-wing coalition consisting of Fratelli d’Italia, which has its roots in the fascism of Benito Mussolini, Lega, and Forza Italia are poised to seize control of power. Not only would the new government be anti-Europe, and anti-immigrant, but it is also expected to be more Moscow friendly, which would weaken the EU consensus in support of Ukraine in the war against Russia. The outperforming country is Greece (yes, that Greece) as it appears to be trying to carve out a relative bottom against the MSCI All-Country World Index (ACWI). 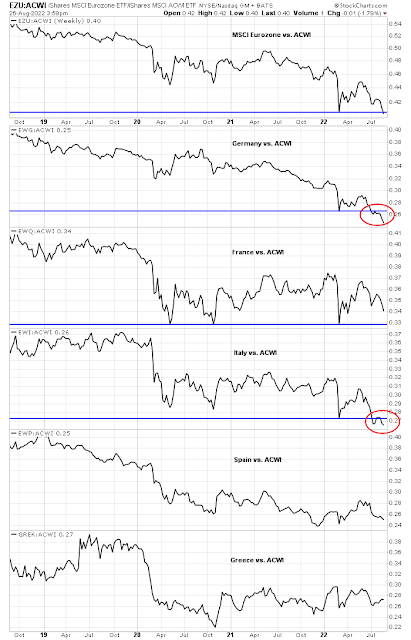 Russia has weaponized its natural gas exports in the wake of the Russo-Ukraine war. Investors are seeing almost daily headlines about how gas prices have surged to another high. For some context, on a per barrel of oil equivalent basis, wholesale electricity prices in most European countries are over $1,000 oil. The 1974 Arab Oil Embargo cratered the American economy. Will the Russian gas curtailment be any different for Europe? 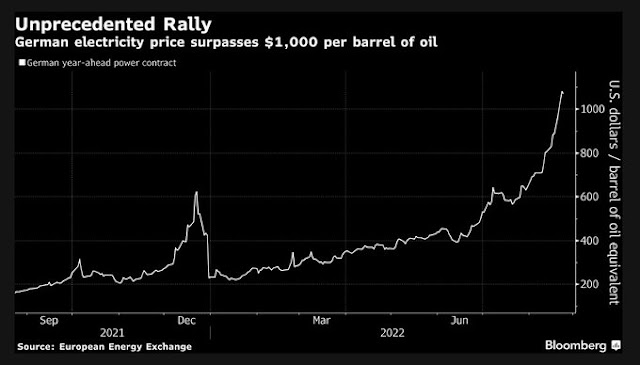 This chart of the showing the difference in USD performance of BASF and Dow Chemical tells the story of the burden being carried by European heavy industry. 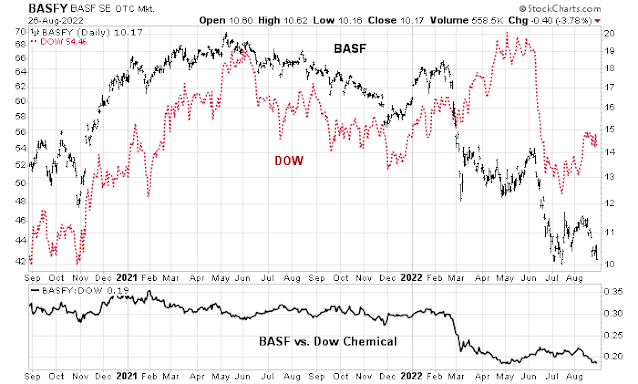 It was no surprise that Eurozone flash PMI fell into contraction territory. 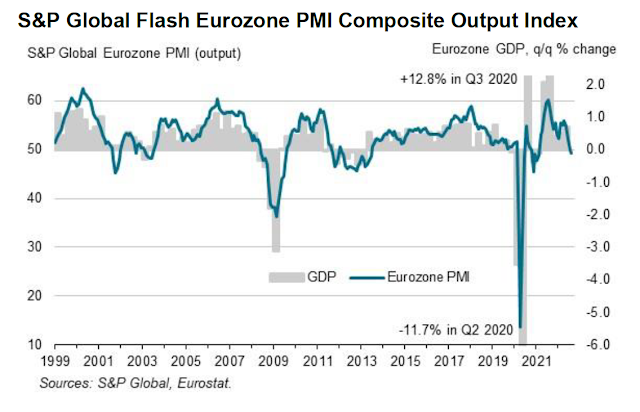 While core HICP came in at 5.1%, which was slightly ahead of an expected 5.0%, German PPI rose an astounding 37.2%. These inflation readings will handcuff the ECB and force it to tighten into a slowdown. 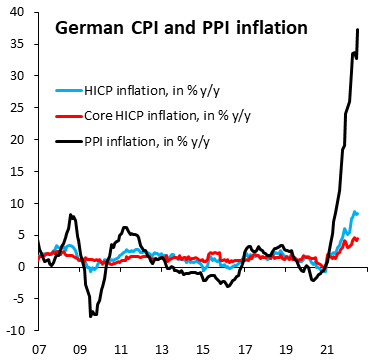 The good news is that most European countries are on track to reach their targeted 80% gas storage capacity by October 1, and a considerable number already have. Europe won’t freeze this winter, though it may have to shut down some industrial activities. The feat was accomplished through a combination of Russia’s slowness to curtail gas exports and a pivot towards gas from other sources. 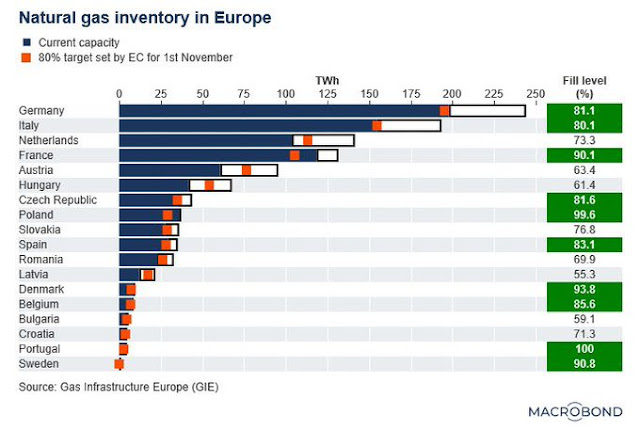 Here’s the bad news. A Bloomberg Odd Lots podcast with Bloomberg Opinion Columnist Javier Blas and Singapore-based hedge fund manager Alex Turnbull reveals that Europe achieved its natural gas position by outbidding others for LNG cargo. While Europe won’t freeze this winter, Europe’s gas shortages were exported to EM economies like Pakistan, Bangladesh, and India, which would affect industrial output in those countries. As well, while Europe may emerge from the coming winter relatively unscathed, gas storage will be depleted in the spring and it will face supply problems next summer and winter.

Much of Europe’s economic outlook depends on how the Russo-Ukraine war evolves in the coming months. Putin issued a decree last week ordering that the Russian defense ministry raise its budget and plan for an increase of 137,000 troops. This is a signal that he is planning for a long war.
EU support for Ukraine has been strong but a little uneven. Ukraine has received strong support from the US, UK, former Warsaw Pact states, and Baltic countries like Sweden and Finland, the principal axis of the EU, France and Germany, have lagged in military support. Surprisingly, a recent poll shows a vast majority of Germans want to continue to support Ukraine in the war, even if this entails income losses due to high energy prices. In fact, three politicians, from SPD, FDP, and Greens have written a Der Spiegel op-ed calling for more weapons for Ukraine. As long as the conflict persists, this will undoubtedly affect the security of Europe’s Russian energy supply. 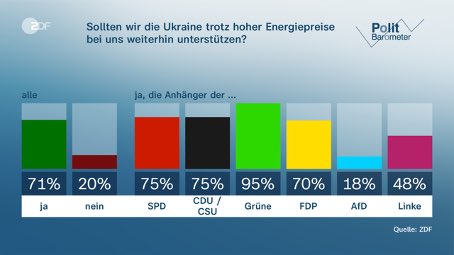 Currently, the market’s perception of geopolitical risk is still rising, and the relative performance of MSCI Poland continues to weaken. 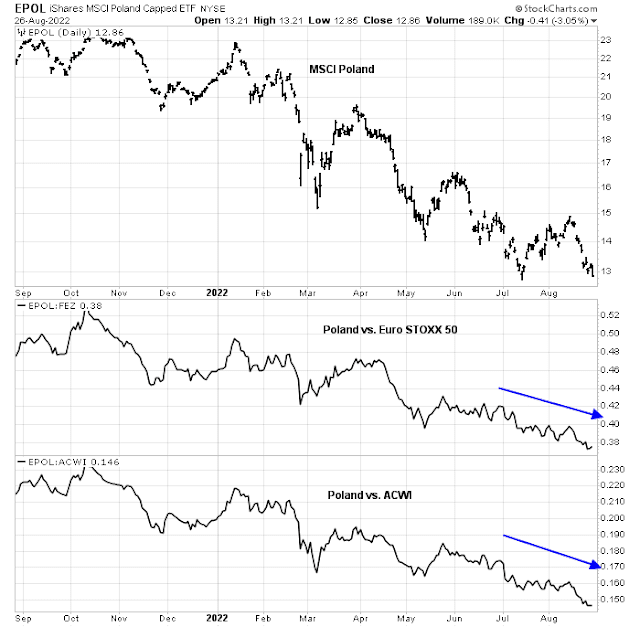 Looking longer term, continued Western support is likely to translate into a Ukrainian victory. However, investors have to be prepared for any possible geopolitical consequences of a Russian defeat. Just as Russia experienced political upheaval soon after the defeat of the Russian fleet at the Battle of Tsushima Strait in 1905, Russia is likely not to be the same within five years. The West will need to better manage Moscow’s decline in a better way than the collapse of the Soviet Union. Russian culture has few institutions in place to support democracy, property rights, and the rule of law and any collapse could be disorderly. European businesses and investors will also have to be prepared for any blowback from such an event.

In conclusion, developed market flash PMIs are exhibiting a synchronized decline, led by Europe. The contagion effects of a European slowdown appear to be limited to selected EM economies through the globalization of natural gas prices. 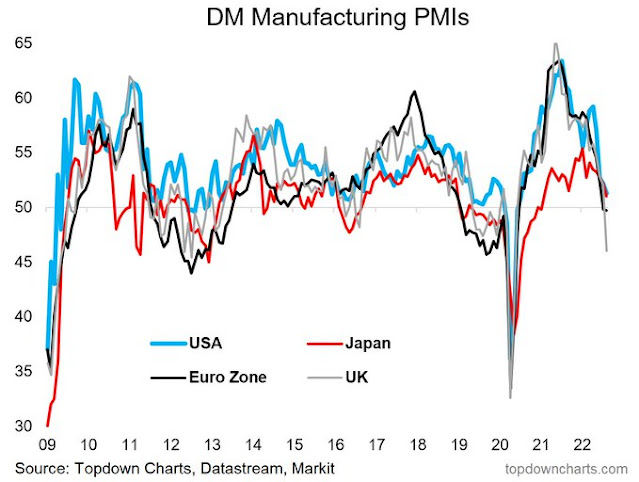 European equities are lagging badly on a relative basis, but the relative performance of the other regions are largely unaffected by European weakness. Investors are advised to avoid Europe, but monitor the region based on the first-in-first-out principle. If European stocks begin to recover and outperform, it could be the bullish signal of global recovery. 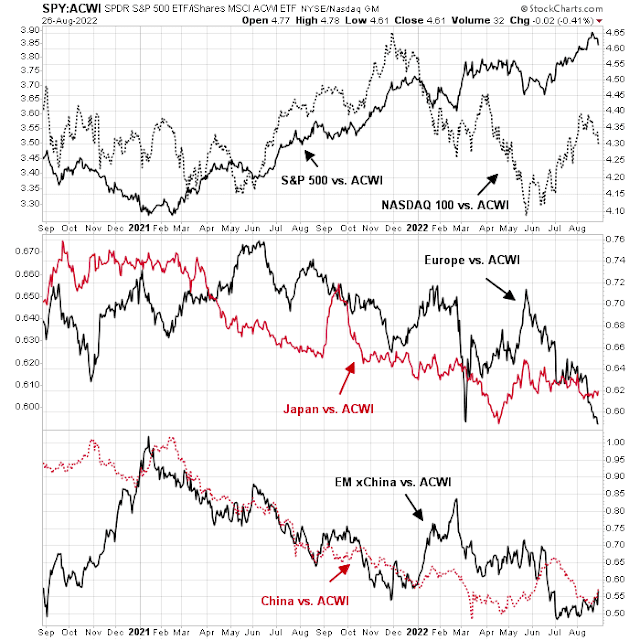 21 thoughts on “Will Europe drag us into a global recession?”