Short covering rally is over, now waiting for Powell – Humble Student of the Markets

Mid-week market update: According to Goldman Sachs, systematic hedge fund positioning has reversed from a crowded short to a crowded long. Readings are similar to the levels seen at the market top in late March. 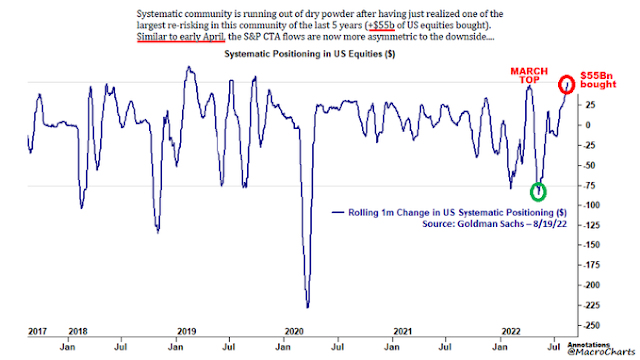 The S&P 500 stalled at 200 dma resistance. In light of this analysis of HF positioning, the bulls are unlikely to regain control of the tape in the near term. The key question for traders is, “How will the Powell speech Friday move the markets?”

A change in tone 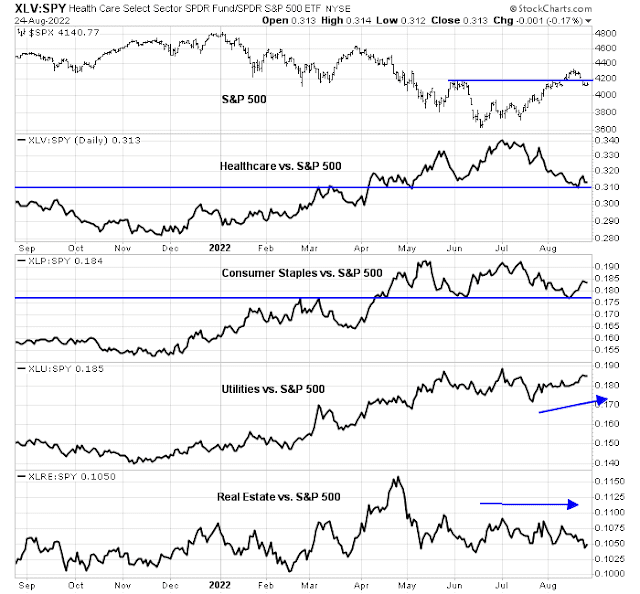 Equity risk appetite factors are flashing negative divergences. In particular, the relative performance of speculative growth stocks, as measured by ARKK, was rejected at relative resistance. 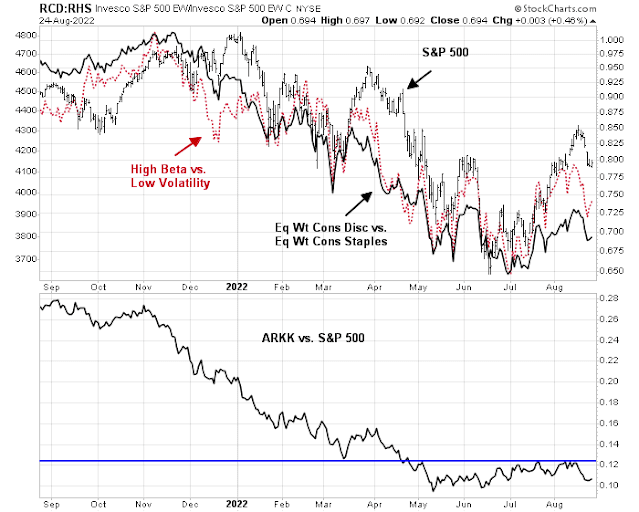 Subscribers received an alert on August 12, 2022 that my inner trader had shorted the S&P 500 when the correlative between the S&P 500 and VVIX, which is the volatility of the VIX, had spiked. The signal was slightly early by two days. The trade’s drawdown wasn’t overly onerous, but it has turned out to be a good decision so far. 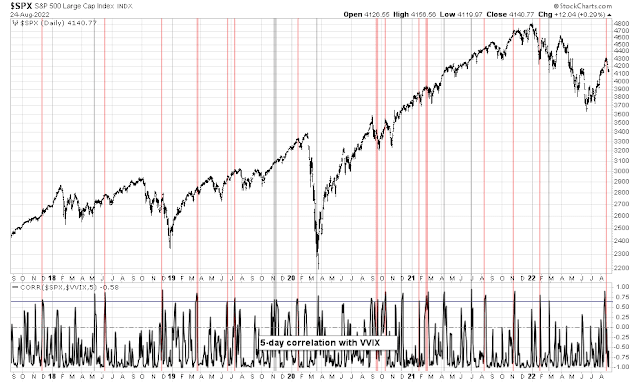 The slower moving but usually reliable S&P 500 Intermediate-Term Breadth Momentum Oscillator flashed a sell signal this week. The signal was unusual inasmuch as it occurred when the NYSE McClellan Oscillator was already in oversold territory, which is a cautionary sign that downside potential may be limited. 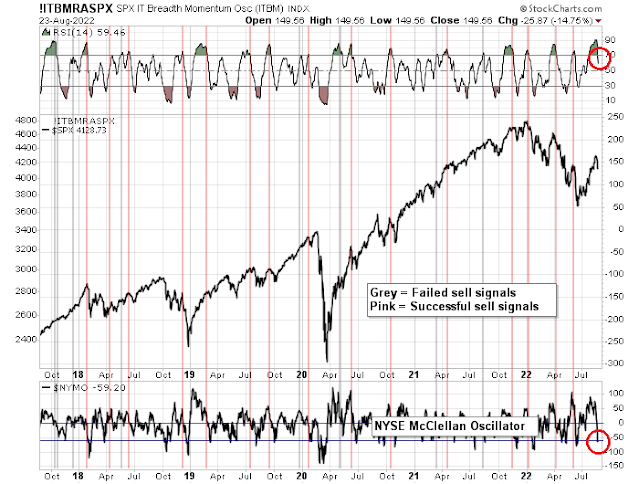 I interpret these conditions as downside momentum is in need of a pause. Fed Chair Jerome Powell is scheduled to speak at the Fed’s Jackson Hole symposium on Friday at 10 ET. However, market positioning is already tilted towards a hawkish tone. Fed Funds futures are now discounting a 75 bps hike in September, instead of an expected 50 bps last week. The terminal rate is now 375-400 bps, which is 25 bps more than last week. 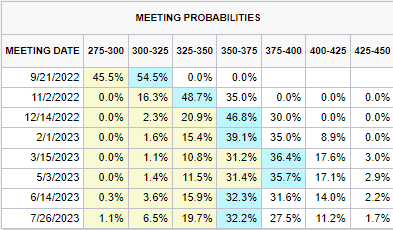 The most important theme for this week and really going into the September FOMC is how does the Fed dropdown from 75 to 50bps without it being perceived as an ease on financial conditions (FCIs)? Jackson Hole is the start of this journey, the beginning of, “we want to go to 50bps, but we are not done in this fight.”

The answer can be found in the level of interest rates and not the rapidity of the increases.

The Fed wants to transition to a world where the hawkishness comes from the level of the funds rate not the size of the interest rate hike.

While Powell will probably push back against a dovish pivot, the risk is his speech may be less hawkish than market expectations, which would spark a relief rally.

While I continue to believe that the market is likely to work its way lower and test Fibonacci support at about 4050 and 3970, the S&P 500 is short-term oversold and it’s due for a pause in the manner of the mid-April consolidation. Powell’s Jackson Hole speech Friday could be the catalyst for a brief bullish reversal. 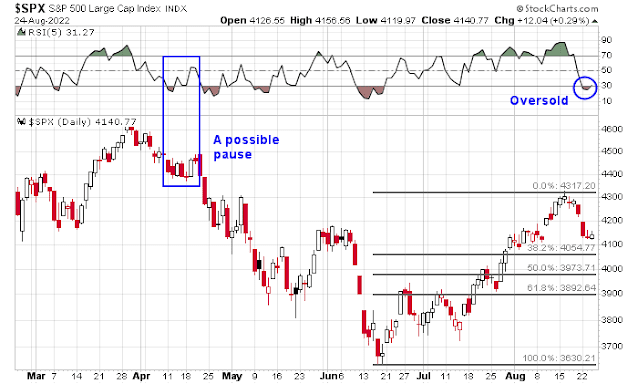 If this downdraft does weaken further to test the June lows, keep an eye on insider activity. In the past, insider buying (blue line) exceeded selling (red line) when the stock prices fell to key support levels. Should that occur, it would be an intermediate-term buy signal for stocks. 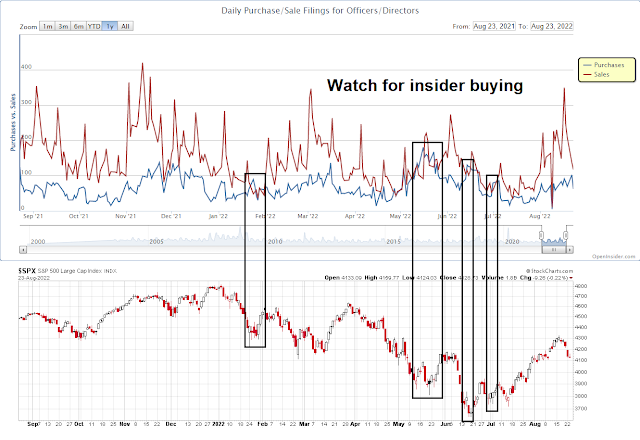 6 thoughts on “Short covering rally is over, now waiting for Powell”