Mid-week market update; The S&P 500 has undergone a powerful rally off June’s bottom, but it’s now approaching technical resistance in the form of a 200 dma and a falling trend line. In addition, the market is overbought as measured by the 5 and 14-day RSIs, much in the manner of early November 2021. 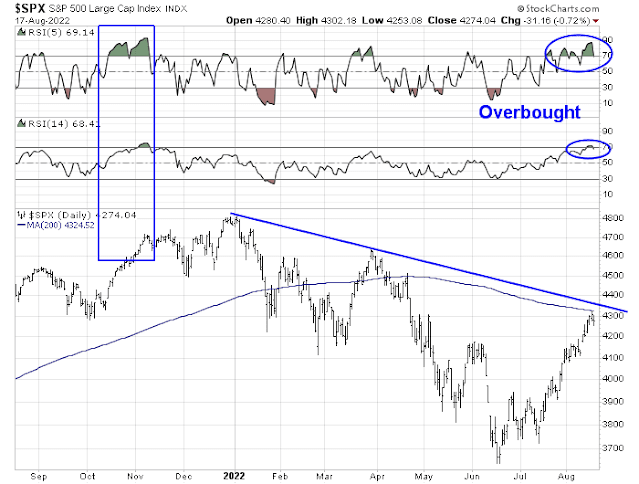 Even if you are intermediate-term bullish, the convergence of these factors argues that it’s time for a tactical pause and possible pullback.

Last week, I highlighted a market warning and tactical sell signal when the 5-day correlation of the S&P 500 and VVIX, which is the volatility of the VIX, spiked. Historically, this model has shown a strong track record (pink=successful sell signals, grey=unsuccessful signals). 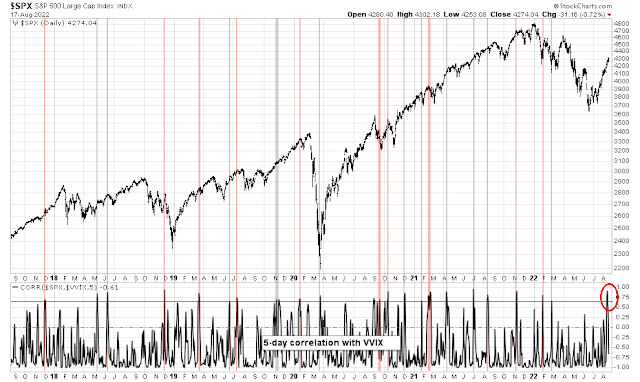 Andrew Thrasher observed a similar effect. When the 14-day correlation between VIX and VVIX fall below zero, which is an indication that the two indices are moving in different directions, the market has more often than not seen volatility spikes. 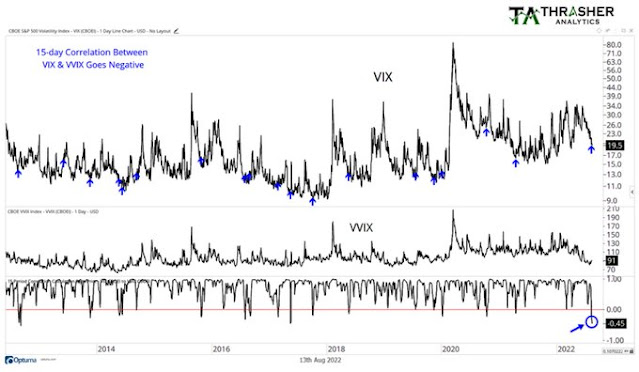 Further analysis reveals that the VIX Index appears to have a 50-day cycle and volatility may be at the bottom of an inflection point. While cycle analysis can be uncertain and unreliable, the negative correlation of VIX and VVIX further builds the case for a turn in volatility. 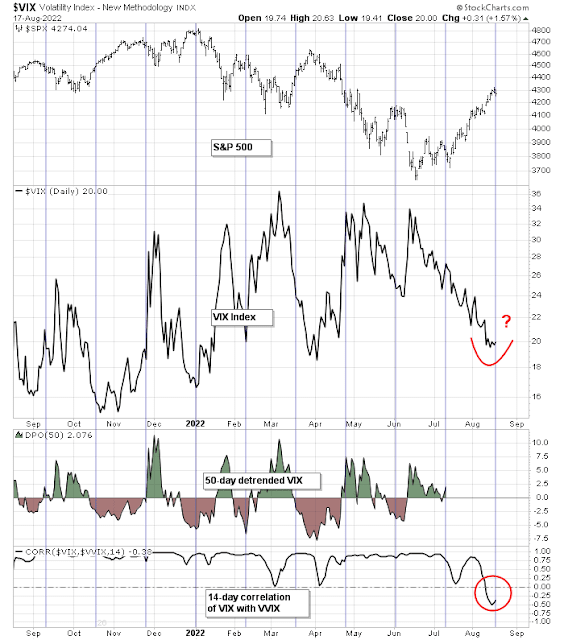 Speaking of cycles, Jeff Hirsch at Almanac Trader pointed out that seasonality is about to turn negative for the S&P 500. 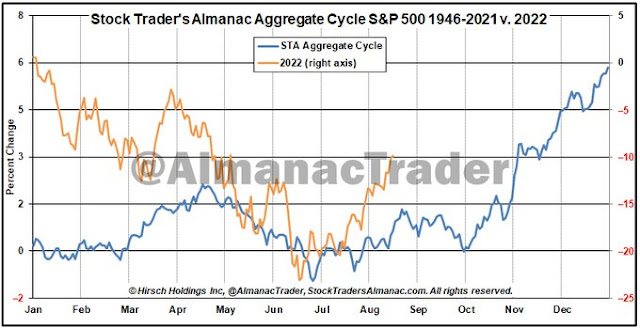 When the market turned risk-on after June’s bottom, the advance was supported by a sentiment wipeout. The latest BoA Global Fund Manager Survey shows that managers have begun to rebuild their equity positions, albeit from very low levels. 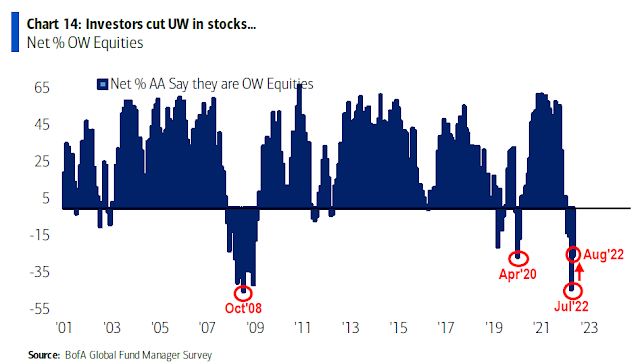 That should be bullish, right? The Fund Manager Survey is an inexact timing tool. The survey showed that managers turned bullish in October 2008, but history shows that the market didn’t bottom out until five months later. 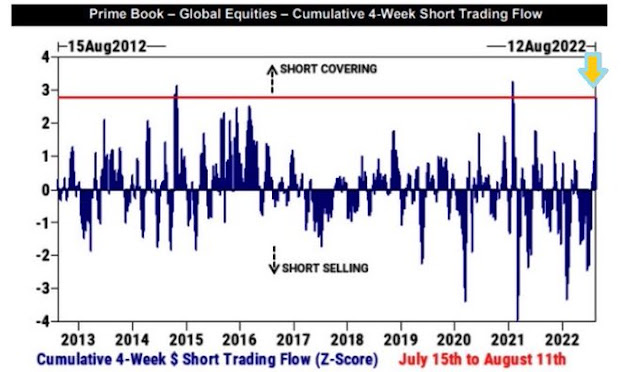 Macro Charts pointed out that the option deltas on QQQ have reversed from a crowded short position to a crowded long position. The fast-money crowd has already engaged in a FOMO buying stampede. 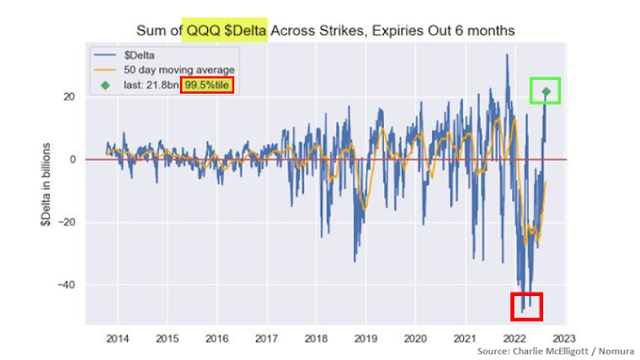 None of this means that the market can’t rise from here. In the short run, however, the market is overdue for a pause and pullback.
Disclosure: Long SPXU