Mid-week market update: So much for the Cleveland Fed inflation nowcast which was calling for a tame CPI surprise. The market reacted to the hot CPI print this morning by adopting a risk-off tone, though it recovered later in the day.

For equity investors, keep in mind that the intermediate-term structure of the S&P 500 is a falling channel within the context of a positive RSI divergence. 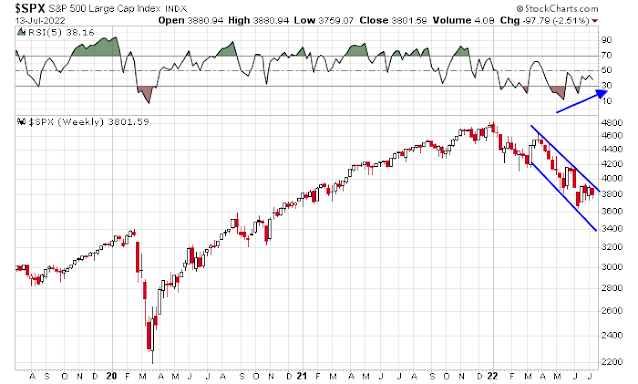 Here is how I interpret the stock market’s outlook.

CPI came in higher than expected. The bad news is core CPI is accelerating upwards, which will keep the Fed on a hawkish path. The good news is average hourly earnings is decelerating, indicating the lack of a wage-price spiral.

Here is how Fed Funds futures reacted in the wake of the CPI report: 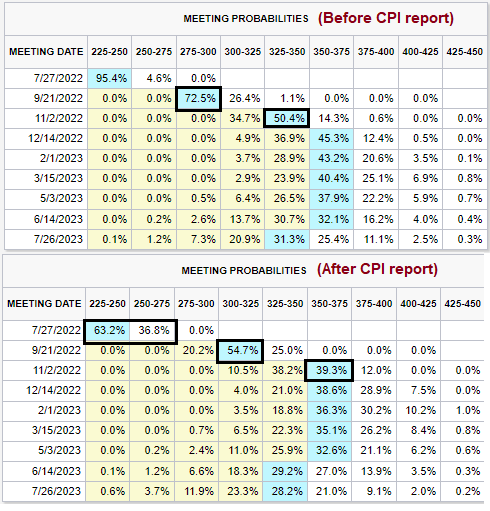 I remain constructive on the intermediate-term equity outlook. The S&P 500 is successfully testing a key support level in the face of bad news, which is a positive sign.

The relative performance of defensive sectors has been moving sideways, except for healthcare, during a period when the S&P 500 has been weak. This positive divergence is another reason why I am constructive on stocks. Ed Clissold at NDR pointed out that the “Combination High-Low Logic Index” has moved into a zone when the S&P 500 has risen at a 21% pace per annum. Norm Fosback explained the Logic Index in this way:

Under normal conditions, either a substantial number of stocks establish new annual highs or a large number set new lows – bot not both. As the Logic index is the lesser of the two percentages, high readings are therefore difficult to achieve. 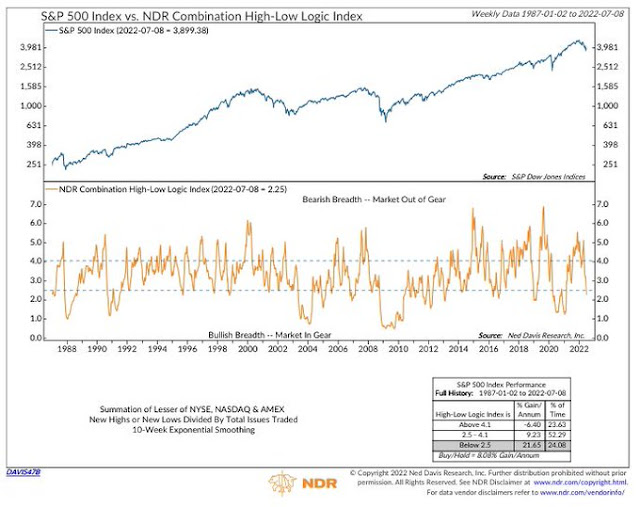 In spite of the excitement over inflation, the Inflation Beneficiaries ETF (INFL) hasn’t performed well, either on an absolute or relative basis. 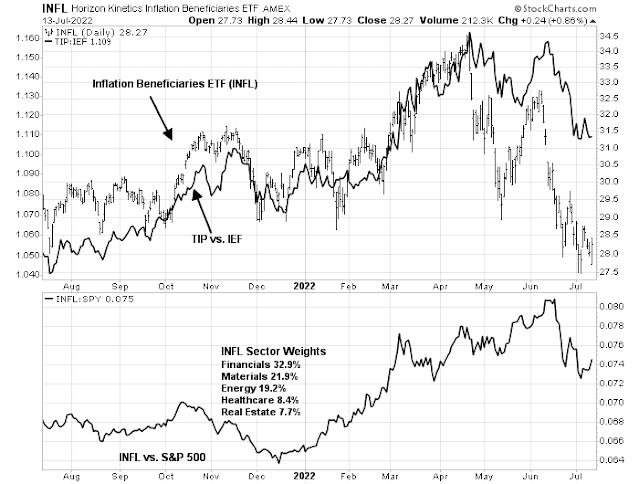 The next key test will be Q2 earnings season, which begins tomorrow as the banks report. Jurrien Timmer at Fidelity observed that global earnings growth is decelerating, though the US is decelerating the least. 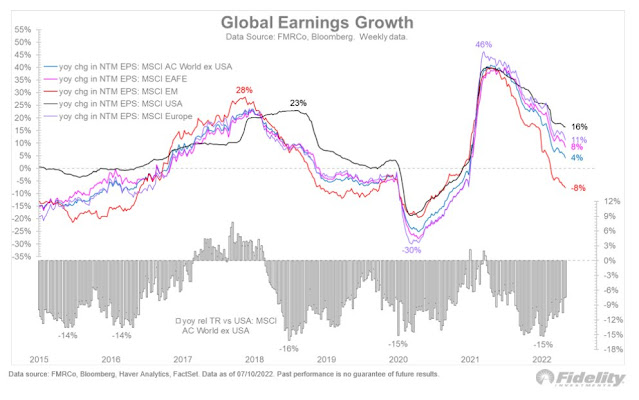 Expect greater volatility in the coming weeks as we proceed through earnings season. I am inclined to buy the dips as the market doesn’t seem to be reacting very negatively to bad news. Earnings season will be the acid test for the markets. 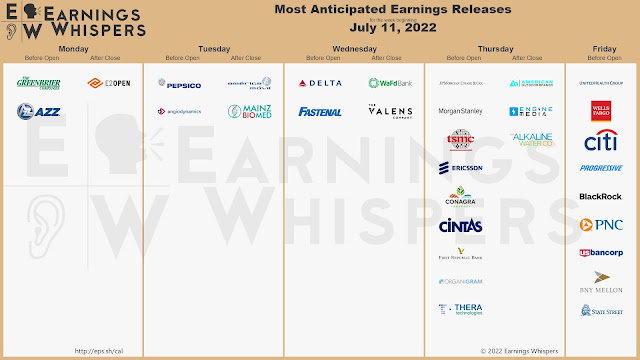 17 thoughts on “How to trade the hot CPI report”