Unpacking my market bottom call – Humble Student of the Markets

Mid-week market update: My last publication (see Why last week may have been THE BOTTOM) certainly caused some contraversy. Why I am making no promises the future, I turned cautiously bullish on February 25, 2008, just a week before the generational March 2009 bottom (see Phoenix rising?).

In that post, I postulated that the market was sufficiently washed out that it was time to dip your toe into the water with speculative Phoenix stocks, low-priced stocks that had fallen dramatically and saw significant insider buying. The good news is the timing of the call was nearly perfect, it came a week before the ultimate low. The bad news is the S&P 500 fell another -8% before the market finally bottomed.

You can tell a lot about market psychology by the way it responds to news. The WSJ reported what everyone already knew, that Fed Chair Jerome Powell Says Higher Interest Rates Could Cause a Recession:

Federal Reserve Chairman Jerome Powell said the central bank’s battle against inflation could lead it to raise interest rates high enough to cause an economic downturn.
“It’s certainly a possibility,” Mr. Powell said Wednesday during the first of two days of congressional hearings. “We are not trying to provoke and do not think we will need to provoke a recession, but we do think it’s absolutely essential” to bring down inflation, which is running at a 40-year high.

In response, the S&P 500 opened in the red early in the morning as overseas markets were weak overnight, but closed roughly flat on the day. That’s how wash-out markets behave.
Sentiment models are contrarian bullish and supportive of an advance. The bull-bear spread in Investor Intelligence sentiment printed another low this week, and readings were only exceeded by the levels seen during the GFC. II bears, however, were only comparable to the 2011 low. 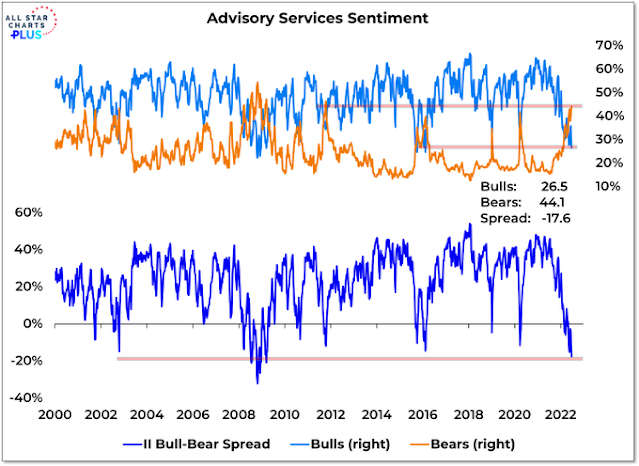 Is sentiment sufficiently panicked to signal a major market bottom?

Buy signal, or just a setup?

I honestly don’t know. Mark Ungewitter observed that past breadth wipeouts, as measured by the % of S&P 500 above their 50 dma, tend more to be buy signal setups than actual buy signals. 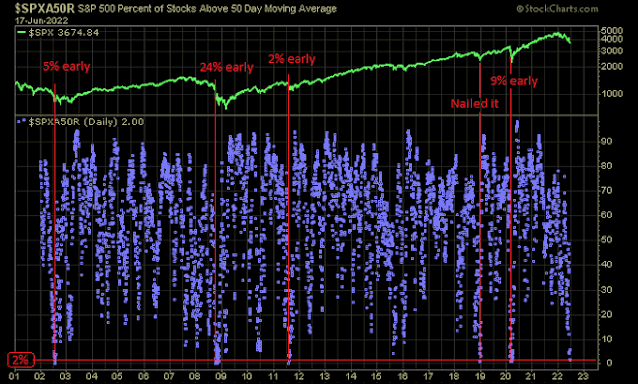 The bull case, as outlined by Ryan Detrick, is the S&P 500 has tended to perform well after two back-to-back -5% weeks. 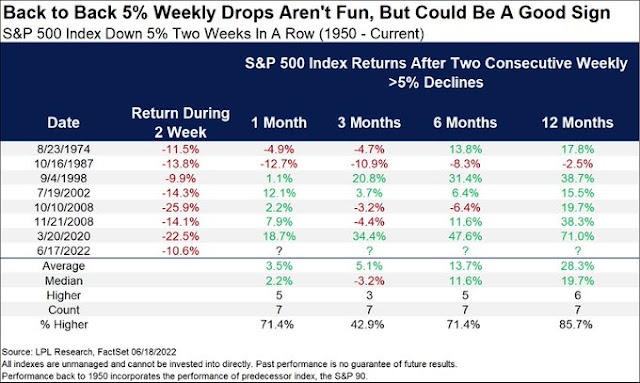 As we approach Q2 earnings season, the bear case is while bottom-up EPS estimates are still rising, strategists are cutting their top-down estimates. This could be a key inflection point in the cycle where top-down analysts see an economic slowdown ahead, but bottom-up company analysts won’t revise their estimates downwards until they speak to company management. If Q2 earnings disappoint or if guidance is weak, watch for mass earnings downgrades. 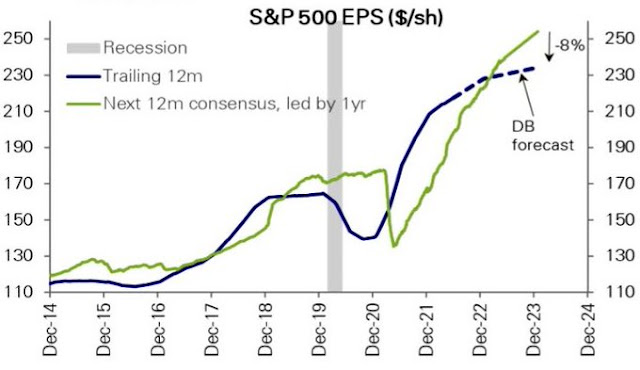 The odds favor a short-term rally. Rob Hanna at Quantifiable Edges reported that his Quantifiable Edges Capitulative Breadth Indicator (CBI) spiked to 11 on Friday. Readings above 10 have historically resolved in a bullish manner, at least in the short run. 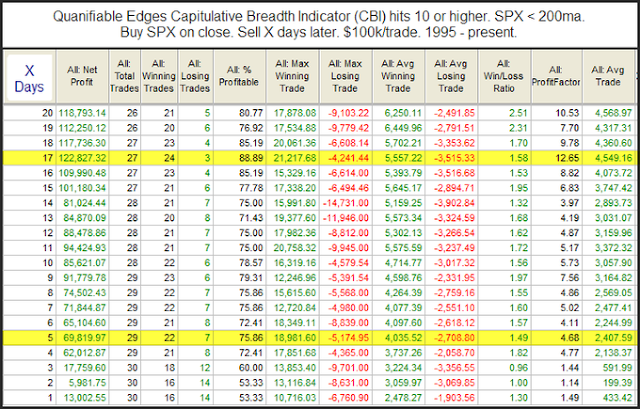 It’s possible that last week marked the first market bottom that will be retested sometime in the coming weeks. History doesn’t repeat, but rhymes. We have not seen the positive divergences that characterize bear market bottoms yet. The March 2009 bottom was signaled by positive breadth divergences and sparked a rare Zweig Breadth Thrust buy signal. The market never looked back after that. 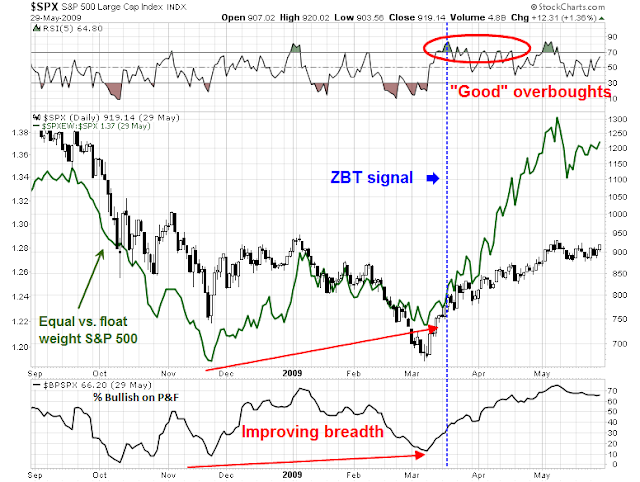 If the relief rally were to continue, initial resistance can be found at the first gap at 3830-3900, secondary resistance at the next gap at 3975-4010, and a strong resistance zone at 4080-4200. If the rally were to fail, watch for a test of support and possible positive technical divergences.

My inner investor is still cautiously positioned, but he dipped his toe into the water. My inner trader is standing aside until volatility calms and a trend begins to manifest itself.