Have the bulls seized control of the tape? – Humble Student of the Markets

Mid-week market update: After weeks of documenting how oversold and washed out the stock market is, the S&P 500 staged a marginal upside breakout through a falling channel while exhibiting a series of positive 5-day RSI divergences. Equally constructive is the behavior of net new highs, which turned positive today. 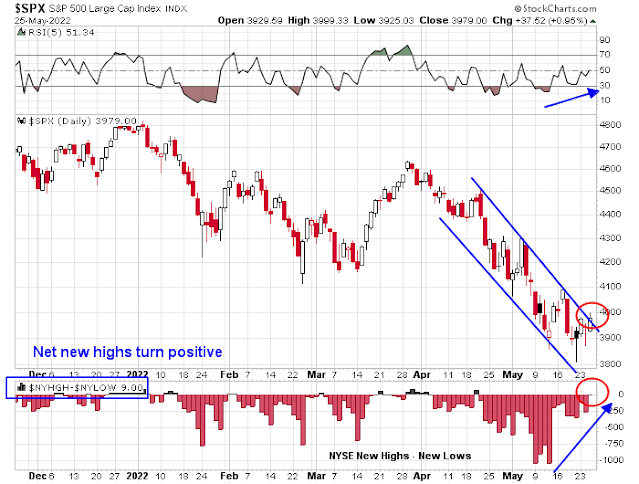 Have the bulls seized control of the tape?

More signs of a sentiment washout

There have been more signs of a sentiment washout. SentimenTrader pointed out that small option traders (read: retail speculators) have been buying put protection at a level only exceeded by the COVID Crash. 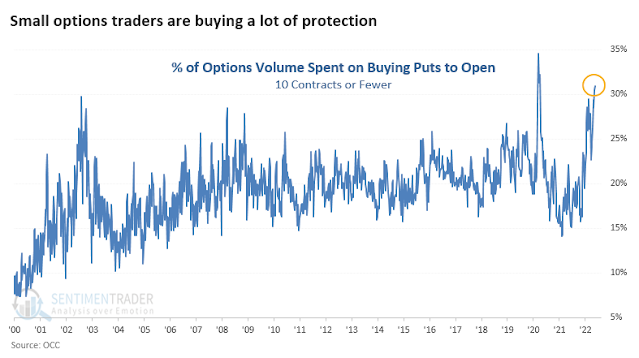 In addition, Muir also highlighted George Soros’s Davos warning that “civilization may not survive” Russia’s war in Ukraine, with climate change taking a back seat.
Cam here: I have an acquaintance who worked at a hedge fund and he was on the same Bloomberg message stream as Soros and Druckenmiller during the GFC. After observing the messages that went back and forth, his conclusion was no one knew what was going on during periods of crisis.
As well, don’t forget the cover of last weekend’s Barron’s as a contrarian magazine cover indicator. 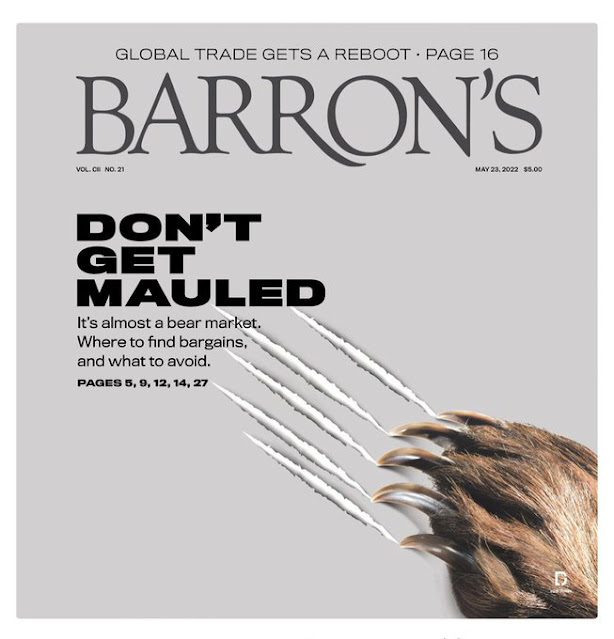 Despite the constructive signs of a rally through a downtrend, S&P 500 bulls aren’t quite out of the woods yet. The negative reaction to SNAP’s negative earnings report which cratered the social media stocks is an example of a fragile market that’s subject to a high degree of volatility. It remains to be seen whether NVDA’s decline from its weak guidance after the close will be a contagion on the general market tomorrw. We also have the PCE report Friday morning that will be a source of volatility.
My inner investor is cautiously positioned, but my inner trader remains bullish. The S&P 500 Intermediate-Term Breadth Oscillator recently flashed a buy signal by recycling from an oversold reading on RSI to neutral. The historical success rate of this buy signal has been very good (grey=bullish outcome, pink=bearish). 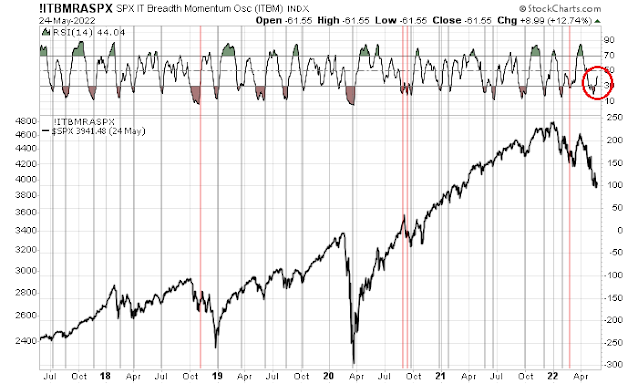 Assuming this rally continues, my inner trader will seek to exit his long position when RSI nears an overbought condition.
Disclosure: Long SPXL

21 thoughts on “Have the bulls seized control of the tape?”