Washed out enough? – Humble Student of the Markets 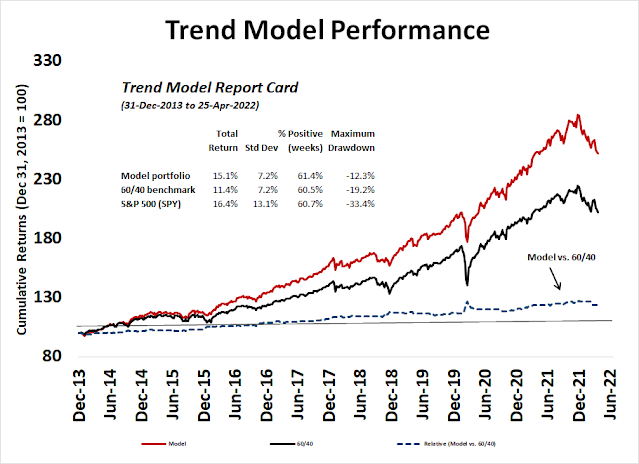 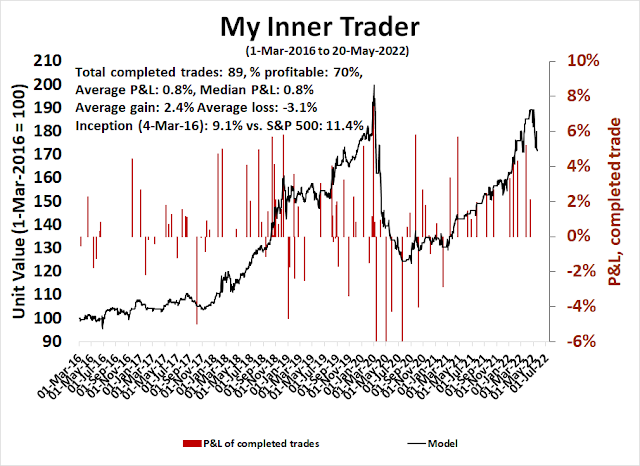 Is the market sufficiently fearful yet? There is no single sentiment indicator. The market consists of different constituents and different types of investors can be bullish or bearish at any single point in time. While conventional surveys such as Investors Intelligence shows continued levels of extreme bearishness, other indicators can tell different stories. 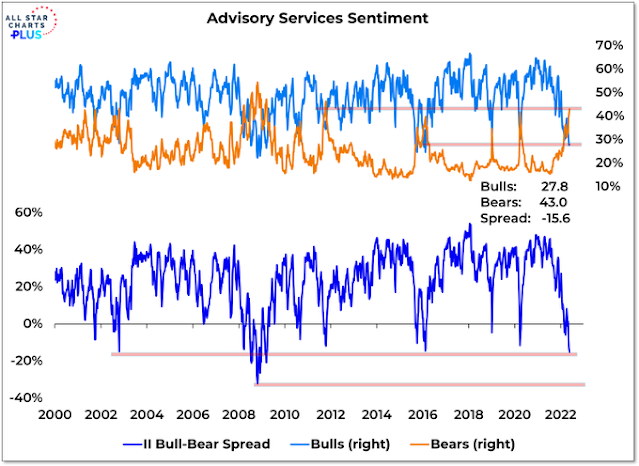 The NAAIM Exposure Index, which measured the sentiment of RIAs investing individual investor funds, fell below its 26-week Bollinger Band for a second consecutive week, which has shown an uncanny accuracy as a buy signal during the history of the index since 2006. 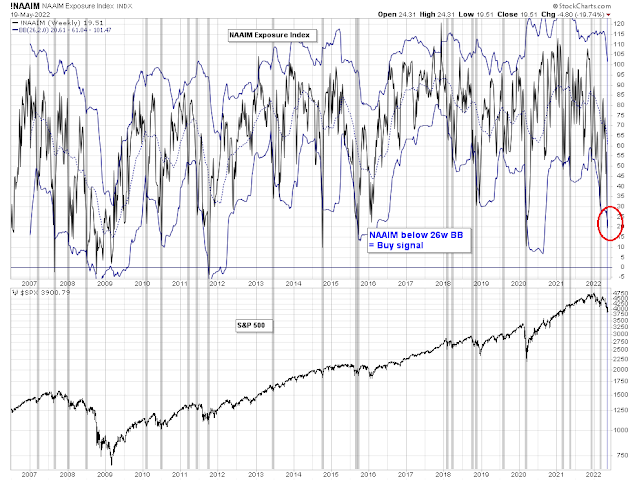 Institutional sentiment, as measured by the latest BoA Global Fund Manager Survey, reveals positioning is at a defensive extreme that’s only exceeded at the height of the Great Financial Crisis. 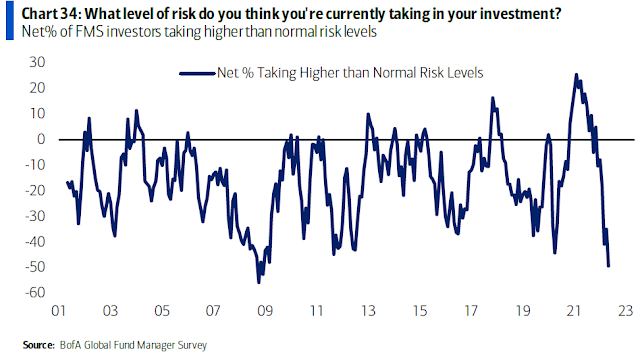 The Financial Times reported that hedge funds have dramatically reduced their leverage and exposure in response to the recent equity market weakness.

The sharp pullback has prompted funds that trade with Goldman, Morgan Stanley and JPMorgan Chase, three of the largest prime brokers on Wall Street, to dial back their positions over the past week, according to client reports seen by the Financial Times…
Goldman on Thursday reported five consecutive days of declines in gross leverage — a measure of a fund’s overall exposure to stock-price moves — among its US long-short equity hedge fund clients, the largest reduction since it began tracking the figures in 2016.
At Morgan Stanley, the gross leverage of its US long-short hedge fund clients — which attempt to profit on stocks rising or falling — this week fell to its lowest level since April 2020 and was just 15 per cent above a low hit in March of that year, when the pandemic pushed the US into recession. It noted that those hedge funds were again selling stocks but had also added to their short trades, bets that could pay off if a stock or index falls in value.
Executives working in JPMorgan’s prime brokerage unit, which reported similar findings, said there were signs that the US stock market could be close to finding a bottom, but they warned that funds still had room to cut their exposure to the market.

While II sentiment, RIAs, institutions, and hedge funds have been cutting equity exposure, retail investors are still exhibiting a strong risk appetite. A snapshot of Fidelity’s customer trading activity shows that retail is actively buying the high-octane names in the market. 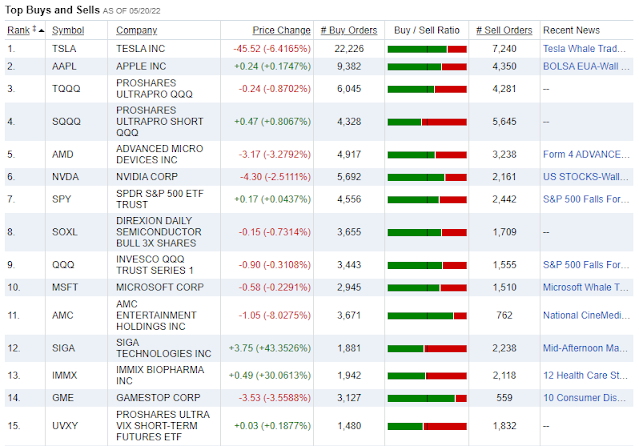 Four out of five ain’t bad.

I continue to believe the market is due for a relief rally even under a major bear market scenario. The market is very oversold on breadth indicators and it rallied in similar circumstances during the bear markets of 2000-02 and 2007-09. 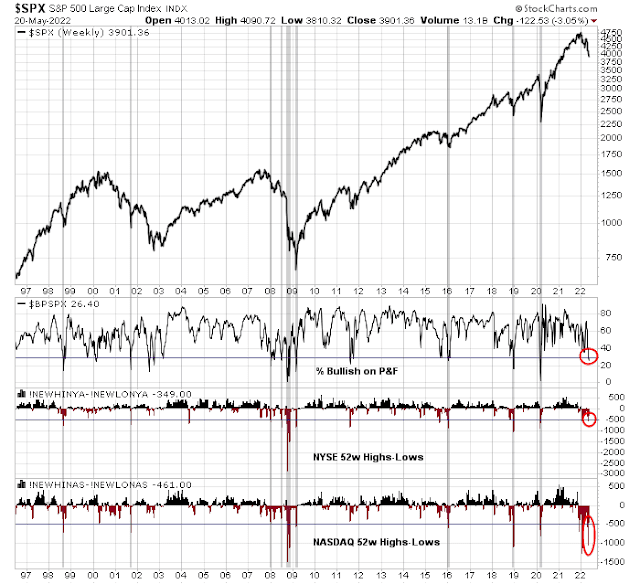 While breadth indicators appear very oversold from a long-term perspective, all versions of Advance-Decline Lines are exhibiting positive divergences, which is tactically constructive. 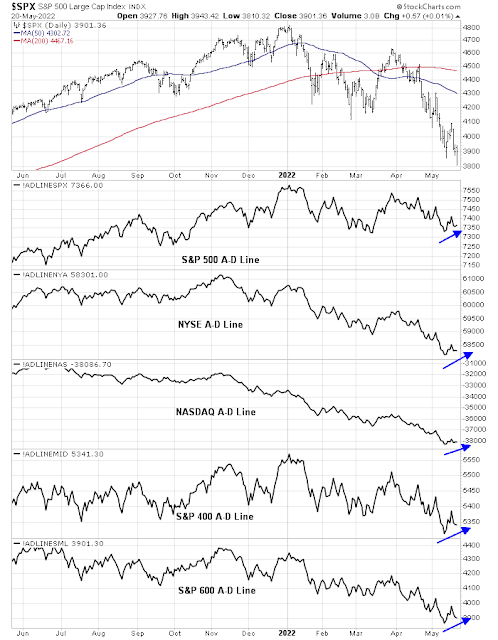 The S&P 500 intermediate-term breadth momentum oscillator just flashed a buy signal when its 14-day RSI recycled from an oversold condition to neutral. In the last five years, 20 buy signals have resolved bullishly (grey lines) and four were bearish. 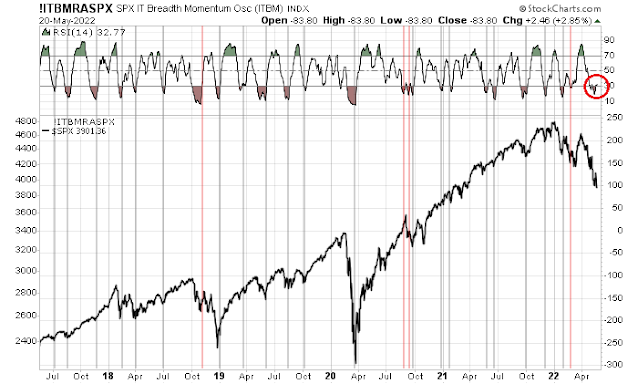 Speculative growth stocks such as ARKK, which led the downdraft, are holding up remarkably well both on an absolute and relative basis. This is a sign of a renewed equity risk appetite. 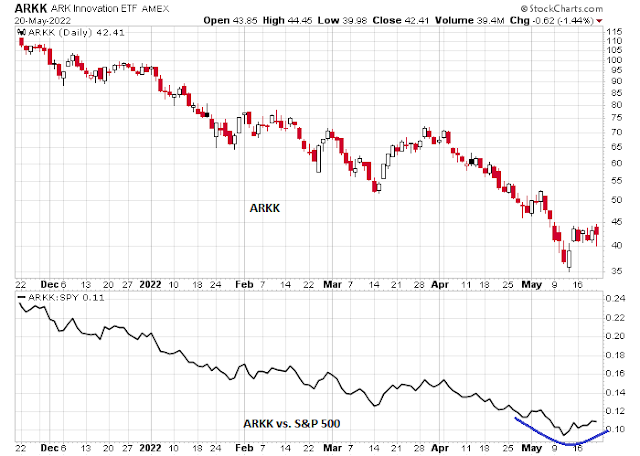 An analysis of the top five sectors of the S&P 500, which comprise over three-quarters of index weight, shows a constructive picture. Technology and financial stocks have stabilized relative to the S&P 500, and communication services, which had been hard hit, has found a bid. It would be difficult for the index to either rise or fall without a majority of the top five sectors, and this technical assessment argues for stabilization. 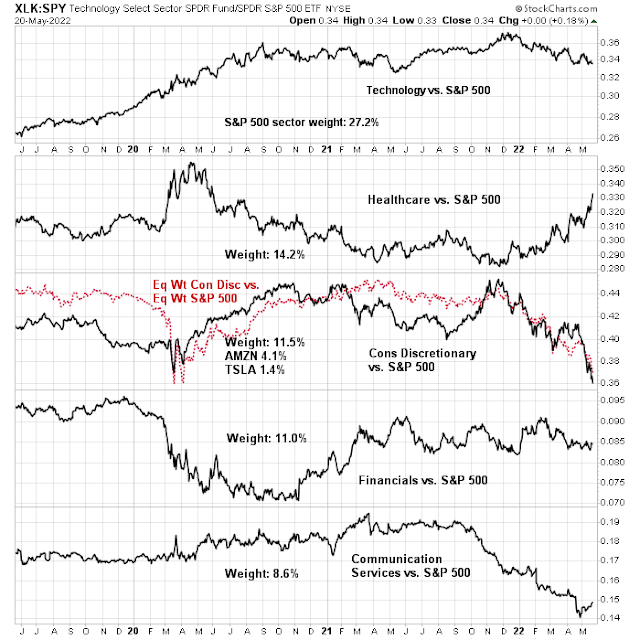 For the final word, the latest issue of Barron’s has bear claws on the cover as the example of another possible contrarian magazine cover indicator. 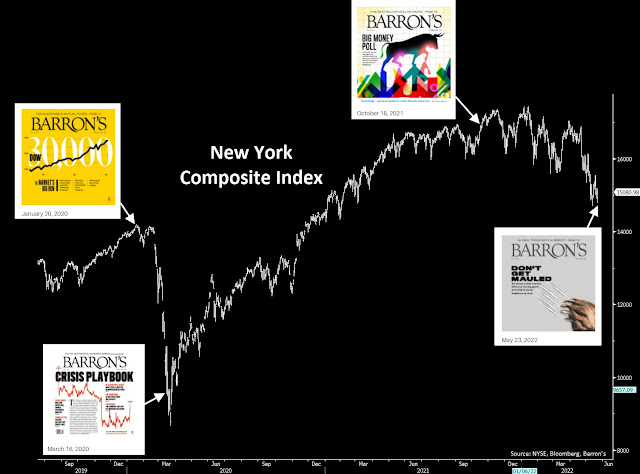 In conclusion, a review of different sentiment metrics indicates an atmosphere of heightened fear. While the intermediate path of least resistance for equity prices is still down, I continue to believe the risk/reward is tilted to the upside in the short run.
Disclosure: Long SPXL

24 thoughts on “Washed out enough?”