A key test at neckline support – Humble Student of the Markets

Mid-week market update: Will the S&P 500 hold support or will it break? The index is once again testing the neckline of a potential head and shoulders pattern while exhibiting a minor positive RSI divergence. 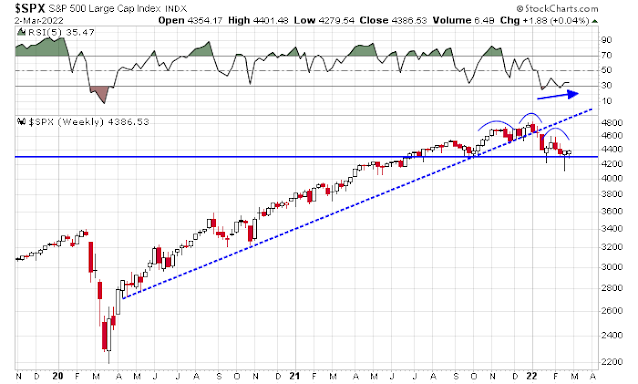 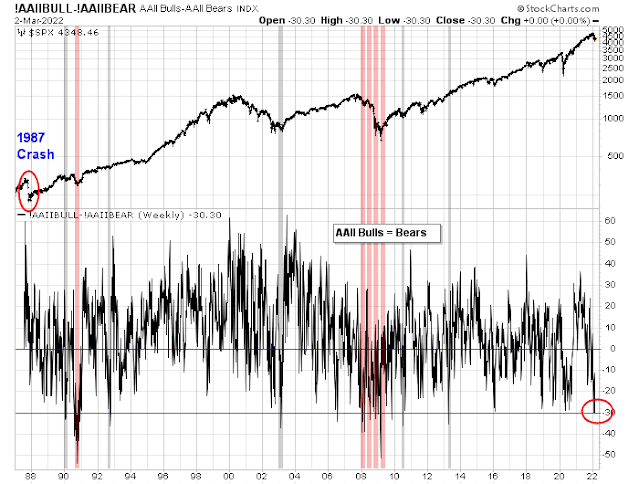 The latest update of Investors Intelligence sentiment shows a spike in bearish readings which resulted in the bull-bear spread turning negative. These are the kinds of conditions that have signaled previous bottoms. 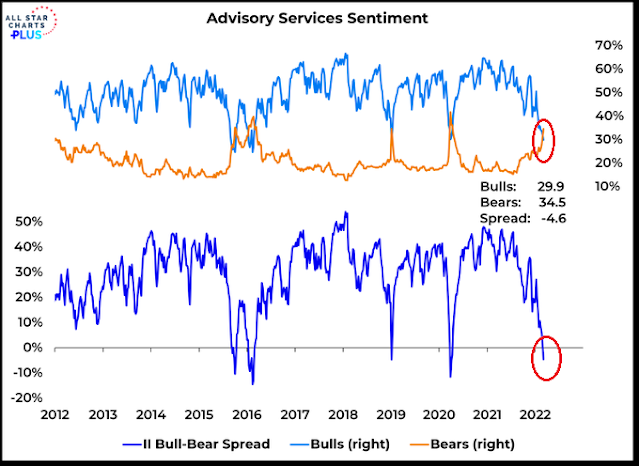 Does that mean it’s time to buy? Not so fast, says Mark Hulbert. His survey of NASDAQ market timing newsletters is not sufficiently bearish for a durable bottom.

Many market timers became more bullish during this period, with the HNNSI rising 57 percentage points. Though it has fallen back in recent sessions, it currently stands well above its late January low — at minus 29.7% versus minus 67.2%. The current reading puts the HNNSI at the 15th percentile of the historical distribution, above the 10th percentile which is the upper edge of the zone that in previous columns I have considered to represent excessive bearishness. (See the chart below.)
It’s amazing that the HNNSI is higher today than a month ago. Imagine being told in late January that the coming month would experience Russia’s invasion of Ukraine, Russia putting its nuclear forces on high alert, oil prices soaring to an eight-year high and U.S. inflation spiking to a 40-year high. I for one would have guessed that the HNNSI would fall even further — not jump more than 30 percentage points. 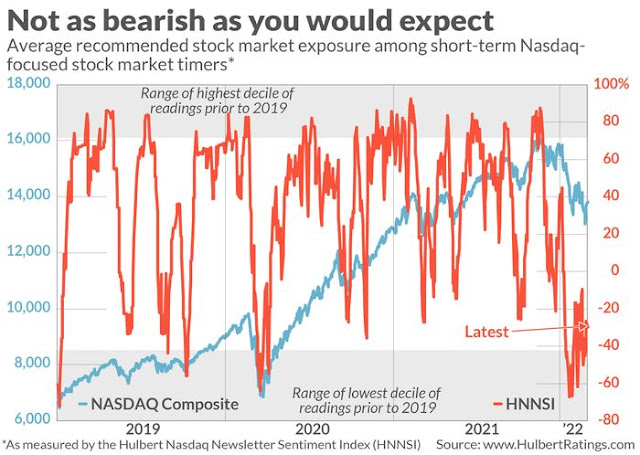 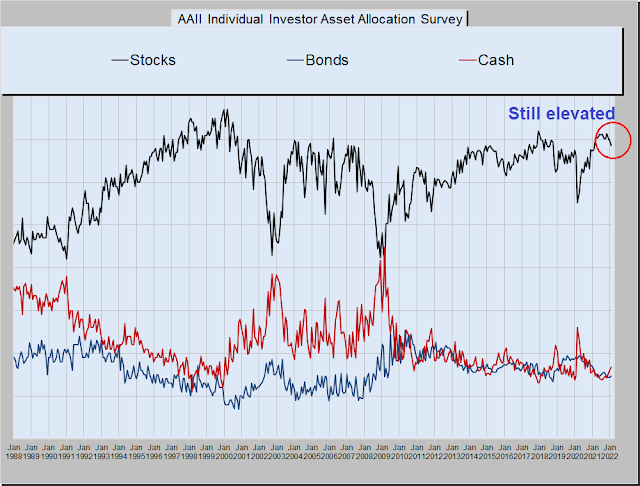 A bear market rally ahead

So where does that leave us? The market structure of technical deterioration is signaling the start of a bear market. That said, short-term conditions are sufficiently oversold and washed out that a bear market relief rally can happen at any time. Such rallies are usually short but intense in magnitude. The market is volatile because of its geopolitical risk premium and any hint of a ceasefire could send stock prices rocketing upwards.
Indeed, two of the four components of the Bottom Spotting Model flashed buy signals yesterday. The VIX Index rose above its upper Bollinger Band, indicating an oversold condition, and the term structure of the VIX inverted, indicating fear. 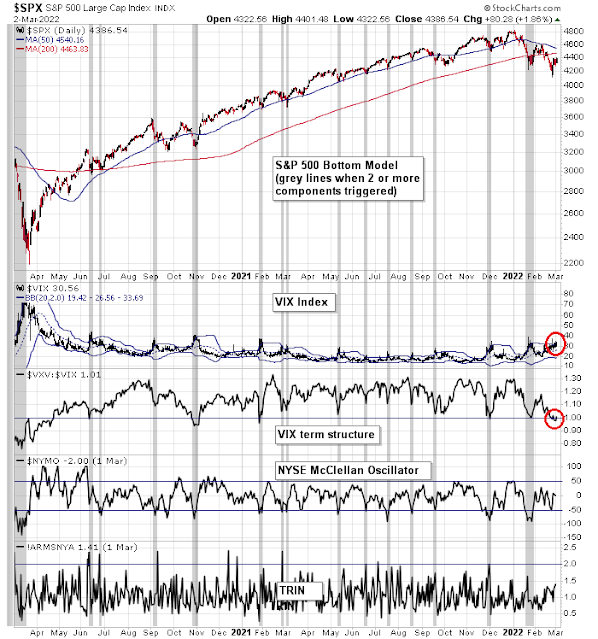 Investment-oriented accounts should continue to be cautious. My inner investor is positioned at a neutral asset allocation weight as specified by his investment objectives.
The S&P 500 rallied and unsucessfully tested a resistance level today. My inner trader remains positioned for a tactical market rally. Should the market follow through on today’s bullish impulse, he is looking for the VIX Index to decline back to its 20 dma before taking partial or full profits. 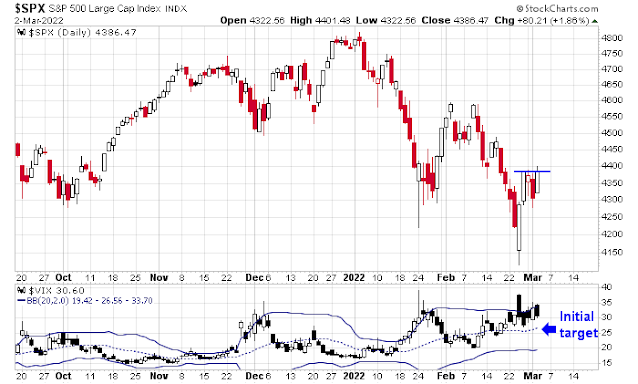 30 thoughts on “A key test at neckline support”