In the eyes of the beholder – Humble Student of the Markets

Mid-week market update: Technical analysis can be highly interpretative. Consider, for example, the bull or bear flag, which is a continuation pattern. For the uninitiated, a bull flag is a pullback within a bull trend and the trend is deemed to have continued when the stock or index stages an upside breakout from the flag. The reverse holds for a bear flag.

With that brief explanation in mind, did the S&P 500 just break out of a bull flag, or is it still tracing out bear flag? 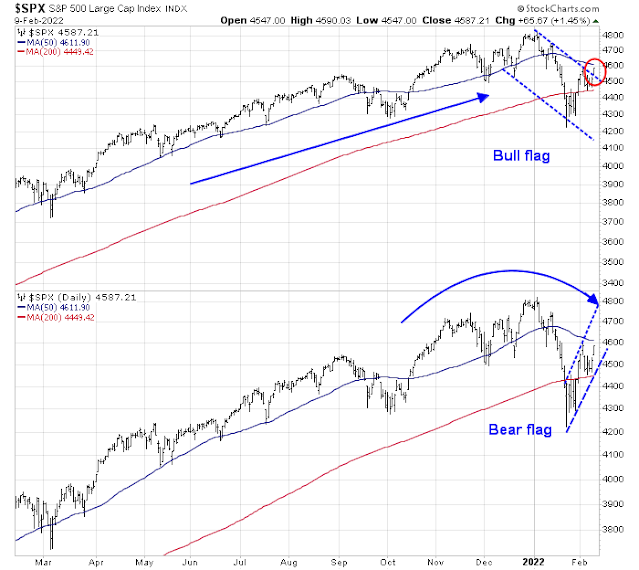 Bullishness and bearishness are in the eyes of the beholder.

Waiting for a sentiment reset

The principal reason for the bull case is the lack of a sentiment reset. Sentiment remains overly bearish. Jeff Hirsch at Alamanac Trader recently wrote, “Sentiment looks like it’s getting negative enough to support a rally”. He cited the skyrocketing put/call ratio and the overall bearish tone from Investors Intelligence as the reasoning for his bullishness.

Jason Goepfert at SentimenTrader wrote that “Investors are hedging like it’s a repeat of the pandemic”. Small investor put buying had recently skyrocketed. 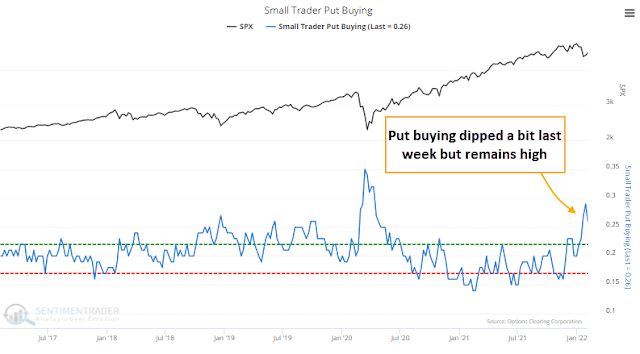 Indeed, the 10 dma of the equity put/call ratio is highly elevated and readings haven’t been this high since the days of the COVID Crash and recovery. 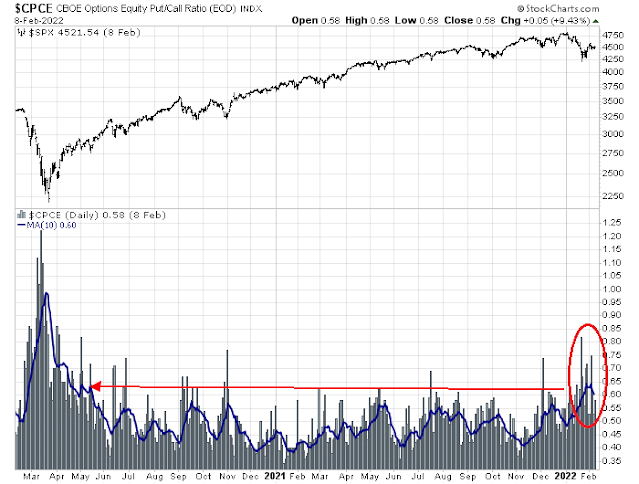 Similarly, JPMorgan’s strategist Mislav Matejka recently pointed out that the VIX Index had risen by over 50% of its 1-month moving average on January 25, 2022. The indicator has proven to be 100% accurate outside of recessions over the last three decades. 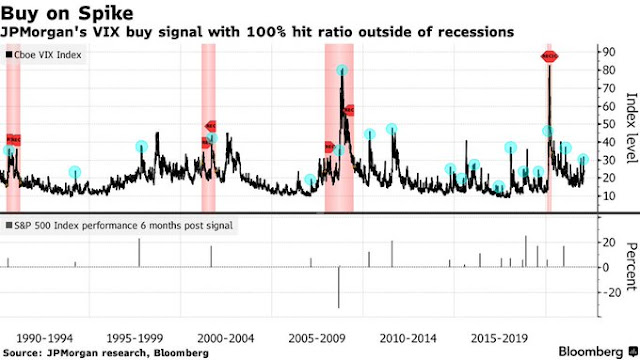 On the other hand, Goldman Sachs bull/bear indicator is at or near bear market territory. This is an intermediate-term bearish signal. 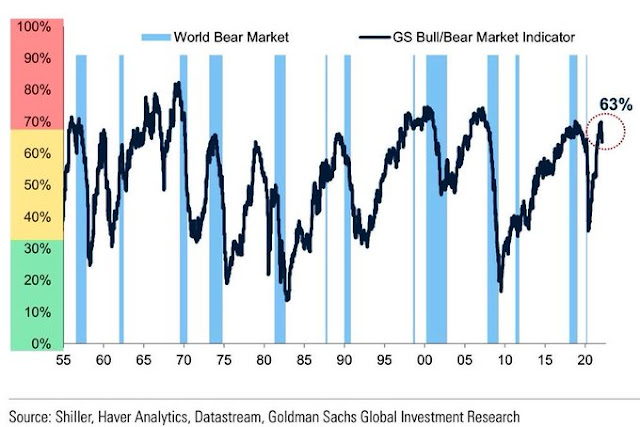 Tactically, tomorrow’s CPI report could be a bearish trigger. In a briefing today, White House Press Secretary Jen Psaki warned of “a high yearly inflation reading in tomorrow’s data”,
To be sure, the BLS annual CPI basket revision could be a source of volatility. The changes are based on consumer expenditure data from 2019-2020, which raised the weight of goods and reduced the weight of services. As an example, during the pandemic, households mostly avoided restaurants, which depressed the weight of the “food away from home” basket (service), and ate at home, which boosted the weight of “food at home” basket (goods). Consensus estimates peg the changes as boosting annual headline CPI by 0.2%.
The most worrisome factor for investors is a hot Owners Equivalent Rent (OEF) print, which comprises roughly 40% of core CPI. While OER has been relatively stable, leading indications from housing prices are likely to put upward pressure on OER, core CPI, and spook the financial markets in the near future. 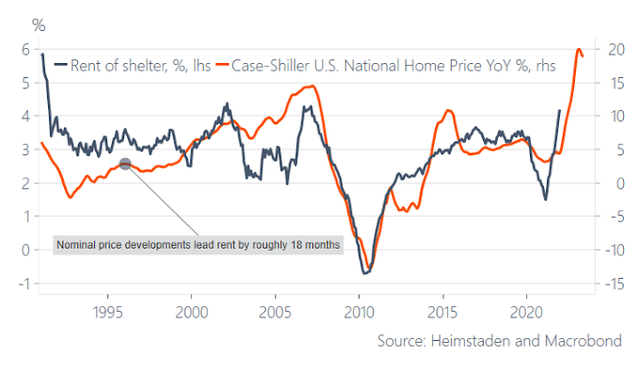 How should traders interpret current conditions? Did the S&P 500 trace out a bull flag breakout or is it still in a bear flag pattern?
Instead of fretting over bull and bear flags, I interpret the S&P 500 as being caught between 50 dma resistance and 200 dma support. The analysis of other major market averages presents a mixed picture. While the Dow has staged an upside breakout through its 50 dma, both mid and small-cap indices are below their respective 50 and 200 dma. Moreover, they have either undergone or about to undergo bearish dark crosses of these moving averages. 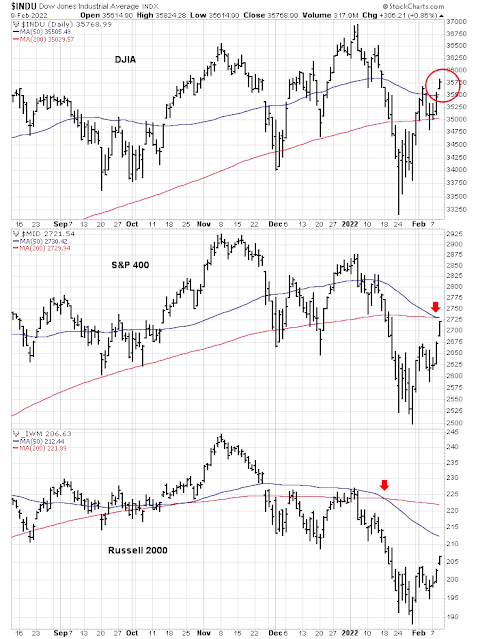 My inner investor is neutrally positioned at about his investment policy stock and bond targets. Subscribes received an email alert that my inner trader had taken profits in his long S&P 500 position and stepped to the sidelines ahead of tomorrow’s CPI report. He may be inclined to re-enter on the long side should the market experience a bearish shock from a hot CPI print.

52 thoughts on “In the eyes of the beholder”