Do you believe in Santa Claus? – Humble Student of the Markets

Mid-week market update: Last Friday’s Omicron surprise left a lot of bulls off-guard when the markets suddenly went risk-off on the news of a new variant emerging from South Africa. Stocks became oversold and I observed that “To be bearish here means you are betting on another COVID Crash.” (see COVID Crash 2.0?). Even as the market staged a relief rally Monday, my alarm grew when it appeared that the consensus opinion was the bottom was in. It was a sign of excessive complacency.

Stock prices were sideswiped Tuesday by the news that existing vaccines may be of limited utility against Omicron and Powell’s hawkish turn. At a Senate hearing, Powell called for the retirement of the “transitory” term as a way to describe inflation, “It’s probably a good time to retire that word and explain more clearly what we mean.” As well, Powell stated that it was time for the FOMC to consider accelerating the pace of QE taper at its December meeting. The S&P 500 tanked and undercut its lows set on Friday.
Can the market still manage a year-end Santa Claus rally? Ryan Detrick of LPL Financial argues that history is still on the bulls’ side.

When the S&P 500 is up >20% for the year going into December, the final month of the year is actually stronger than normal. 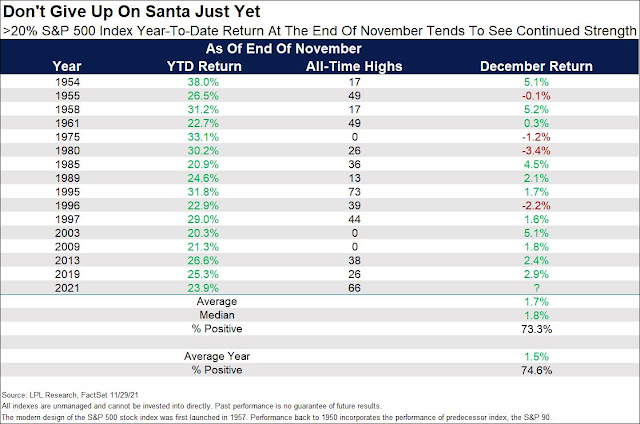 What about you? Do you believe in Santa?

The bear case is easy to make. Much technical damage has been done by the market action in the past week. Even though the S&P 500 stages an initial test of its 50 dma, the Dow fell below its 50 dma several days ago and violated its 200 dma today. 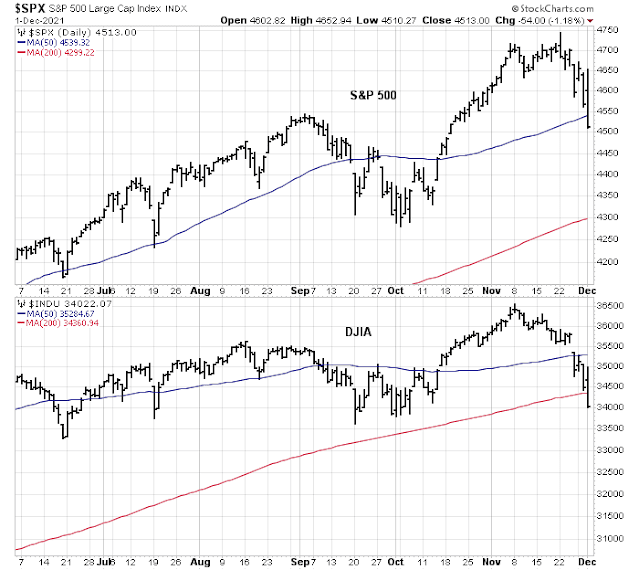 Equally disconcerting is the downward trajectory of NYSE highs-lows and NASDAQ highs-lows. The deteriorating in the NASDAQ is especially concerning as NASDAQ stocks have been the market leaders. 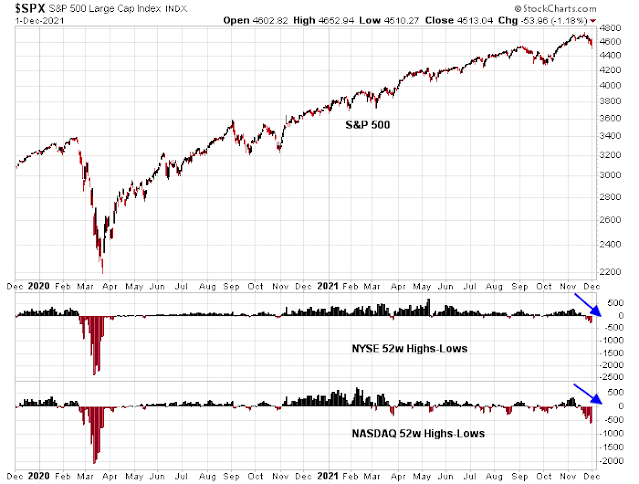 Even as the market became oversold, there has been a lack of panic in many quarters. The equity-only put/call ratio rose to only 0.48 on Tuesday, but the reading was below Friday’s level and well below panic levels seen in recent short-term bottoms. 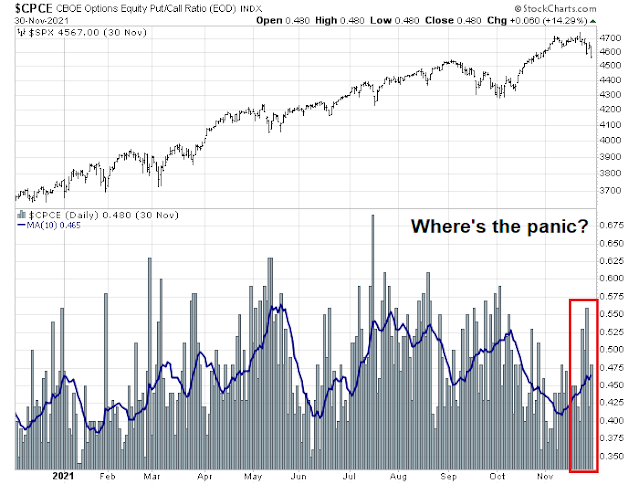 Moreover, sentiment remains jittery. The market tried to stage a relief rally today, only to be derailed by the news that the Omicron variant had landed on American shores.

The bulls will argue that the recent market action was only a hiccup. The relative performance of defensive sectors are all in downtrends, indicating that the bears haven’t seized control of the tape. 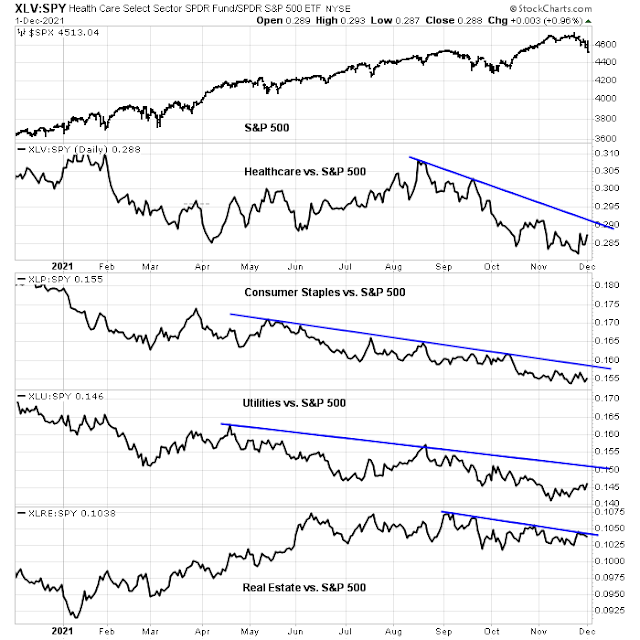 All four of my bottoming models had flashed oversold signals. In addition, TRIN spiked above 2 Tuesday, which is an indication of market clerk liquidation and price-insensitive selling that often marks short-term bottoms. 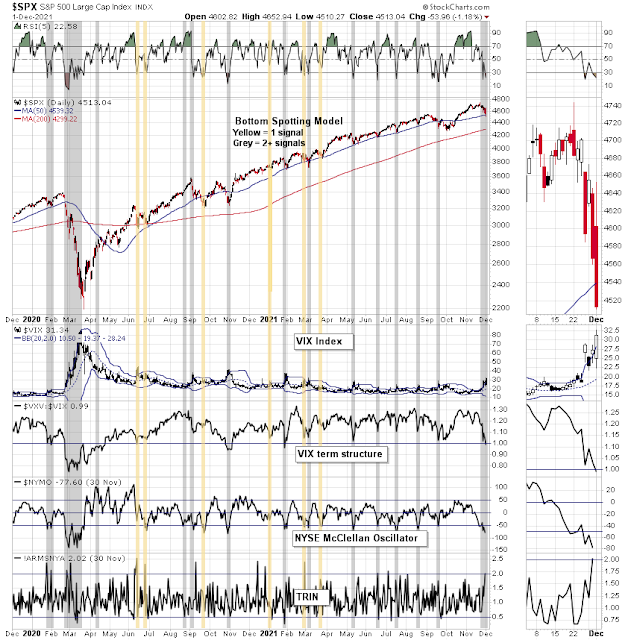 Waiting for the rebound

What’s the verdict? Bull or bear?
The jury is still out on that score. The market is obviously very oversold. Today’s market action indicates that stock prices are poised for a relief rally. Any trader who initiates short positions at current levels risks getting his head ripped off.
I am waiting to see how the market behaves in the next few days to pass judgment. The S&P 500 should find downside support at the current level, which is its 50 dma, and could encounter overhead resistance at its 20 dma at about 4660.

47 thoughts on “Do you believe in Santa Claus?”