What’s wrong with value stocks? – Humble Student of the Markets

Fast forward to 2020. The growth style had been dominant for 5-7 years and value/growth relative performance had become extremely stretched. Value recovered in 2020 but fell back in 2021. 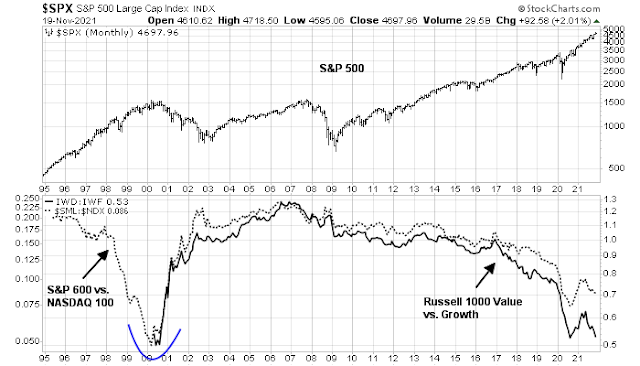 History doesn’t repeat, but is it even rhyming this time? What’s wrong with the value style?

First, factor returns have been distorted by the outsized performance of a handful of stocks. Analysis by S&P Global found that a small number of stocks perform extremely well and raise the average index return significantly above the median. 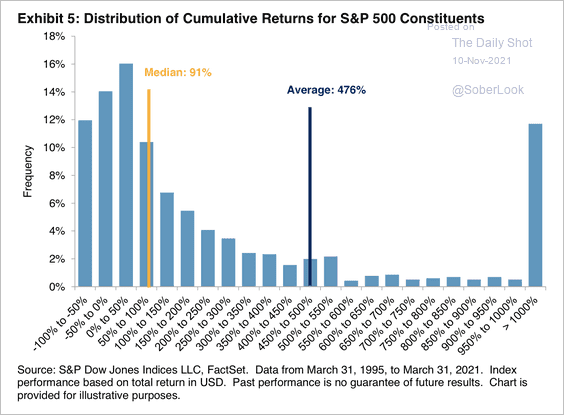 One prominent heavyweight that has performed well and distorted factor returns is Tesla (TSLA), which has crept into the top 10 stocks by S&P 500 index weight. 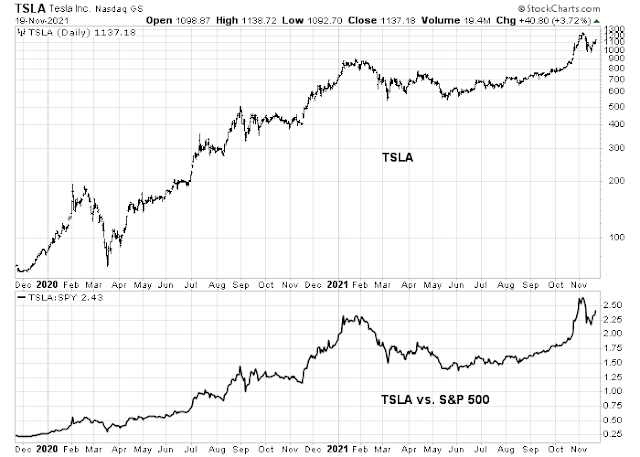 As an example of how TSLA has distorted factor return calculations, the accompanying chart shows the relative performance of the Russell 1000 Value to Russell 1000 Growth ratio (black line), which TSLA has influenced, and the relative performance of banks to software stocks (dotted red line), which has no TSLA. The two lines tracked each other well for some time, until they began to diverge. 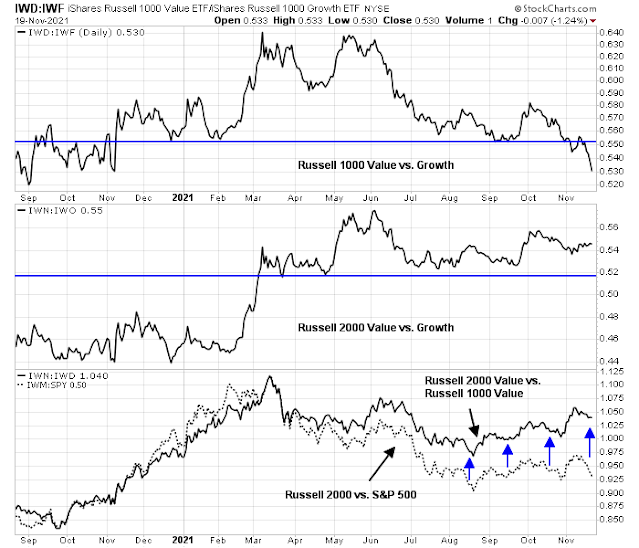 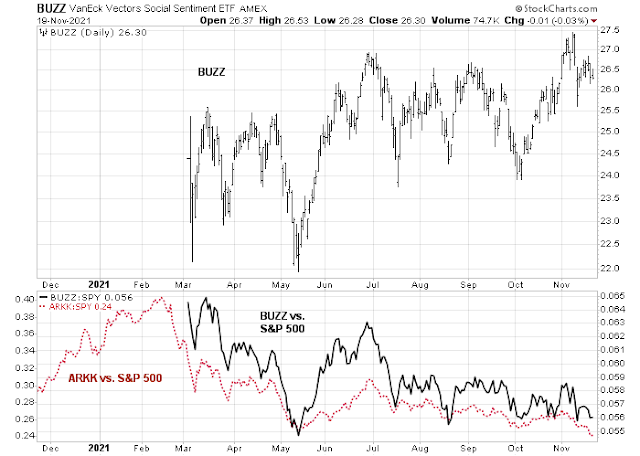 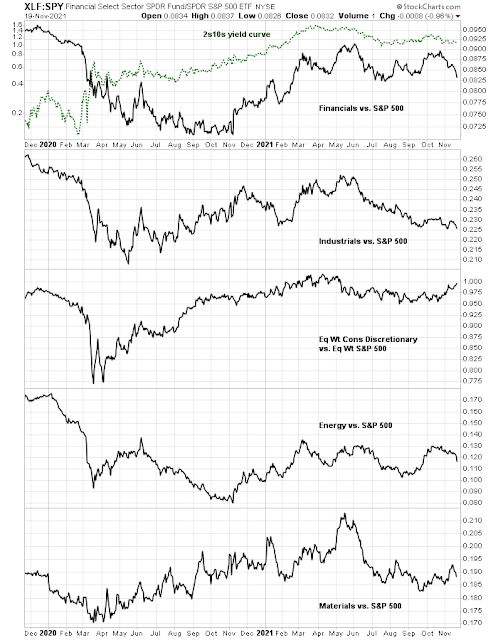 The market consensus is shifting towards stagflation. Economists are downgrading their GDP forecasts while boosting their inflation forecasts. It is therefore no surprise that growth stocks are getting a second wind. When growth becomes scarce, investors gravitate toward growth stocks. 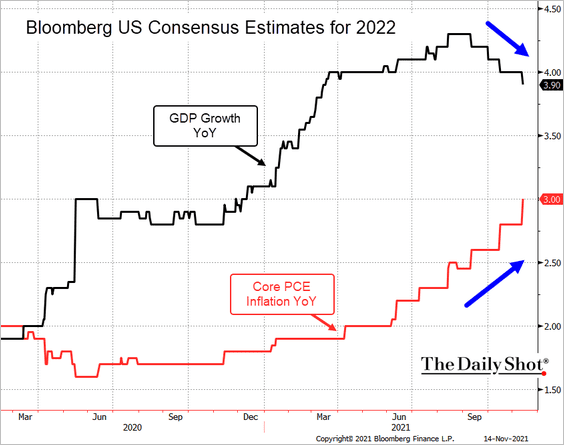 This macro consensus scenario may be short-lived. The Economic Surprise Index, which measures whether economic reports are beating or missing expectations, is rising. This should put upward pressure on bond yields. At a minimum, stronger growth should steepen the yield curve, which would benefit value stocks. 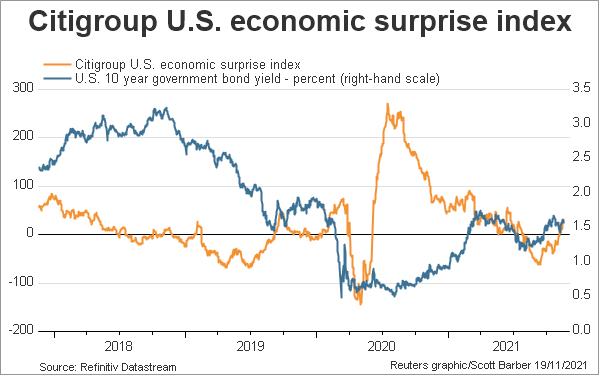 In addition, there are early signs that supply chain bottlenecks are easing. The semiconductor shortage is unwinding and auto production is showing preliminary signs of a rebound, This will alleviate some of the inflationary pressure in the coming months and lead to a reversal of the stagflation expectations.

While the bull case for value stocks is based on cyclical factors, which appear to be turning up, the bull case for growth stock rests on solid secular factors. At first glance, the evaluation spread as measured by EV/sales, is at bubbly dot-com peak levels. 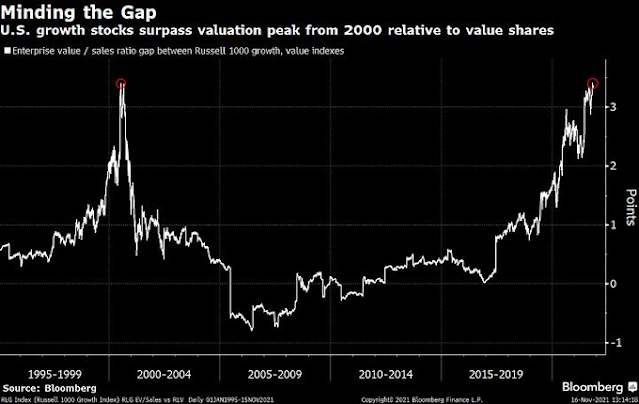 The relative P/E ratios, which stretched, are tamer than the EV/sales spreads suggest. That’s because large-cap growth stocks today have better margins and earnings than those of the dot-com era. The FANG+ companies tend to be cash generative and enjoy strong competitive positions. 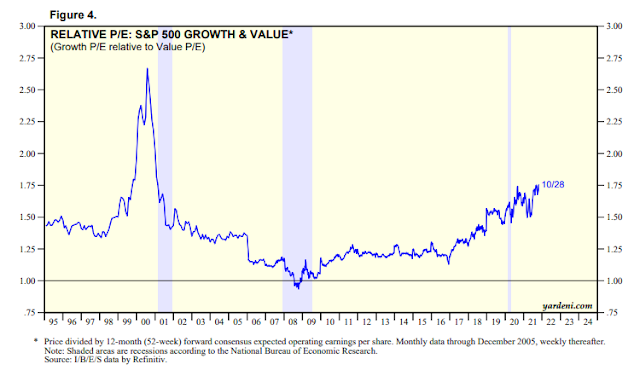 An indirect way of observing the characteristics of large-cap growth stocks is through an ESG (Environmental, Social Governance) lens. ESG stocks have historically shown a growth tilt. That’s because it’s much easier for a growth company like Microsoft to qualifying under an ESG filter than a value company like Exxon Mobil. 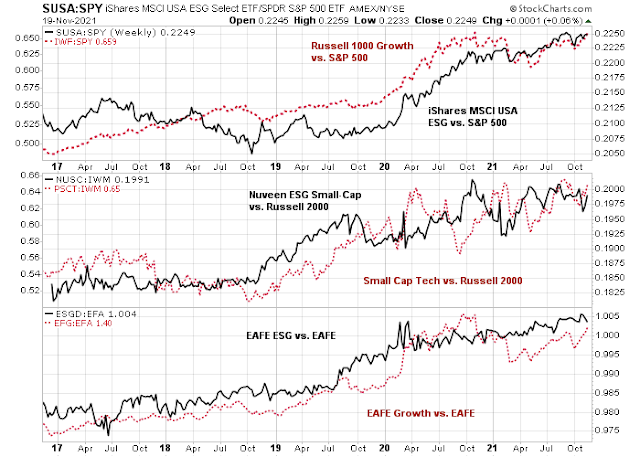 Further analysis of ESG stocks reveals that they are asset-light companies which are more profitable, exhibit higher ROE and have fewer employees than the index. 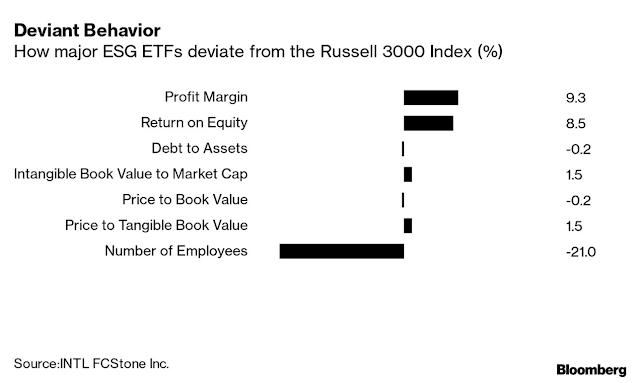 In conclusion, value stocks have faced a few headwinds in 2021. Large-cap factor calculations were distorted by the strong performance of heavyweight Tesla, whose share price has risen strongly to affect factor returns. In addition, the growing belief in stagflation characterized by slowing growth and rising inflation has boosted growth stocks at the expense of the value style.
However, an analysis of stock price momentum shows that this factor has mainly trades sideways in the last six months, indicating a lack of style dominance. 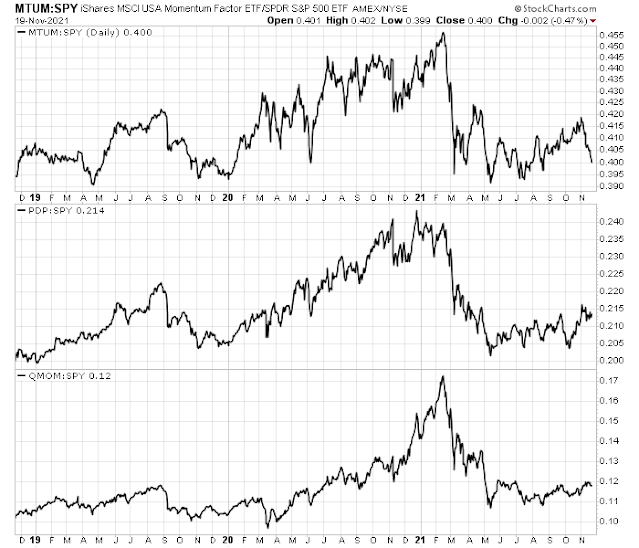 I believe investors should adopt a balanced approach by holding both value and growth stocks in their portfolios. Tactically, value should start to enjoy a revival in H1 2022 as inflation expectations ease and growth expectations rise. However, there are considerable macro risks to this scenario and investors should practice risk mitigation with commitments to large-cap growth stocks.