Mid-week market update: There have been two breakouts that may be of significance. The first is an upside breakout of the SPY/TLT ratio. The ratio is pulling back to test its breakout. The SPY/IEF already staged a convincing breakout in late June. 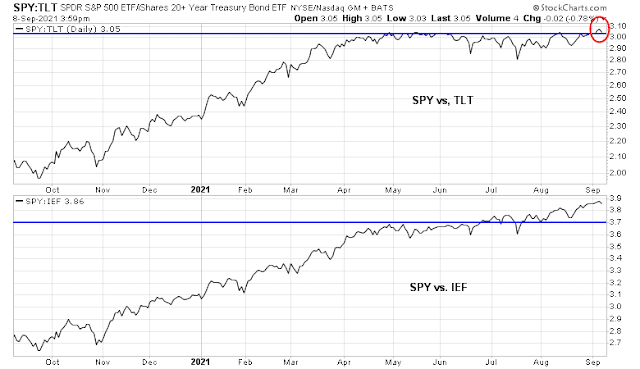 The second and more obvious breakout is an upside breakout by the 10-year Treasury yield against a falling trend line.

Here are my interpretations of these events.

The SPY/TLT upside breakout should be a risk-on signal. While I am keeping an open mind, I am a little skeptical of this signal.
A review of the relative performance of the top five sectors is uninspiring. The top five sectors comprise about three-quarters of the weight of the S&P 500 and it would be difficult for the market to advance or decline without the participation of a majority. Technology, which is the largest sector, is trading sideways relative to the S&P 500 and has unsuccessfully tested a key relative resistance level. Healthcare is in a minor relative uptrend, but all of the others are either flat or falling relative to the S&P 500. 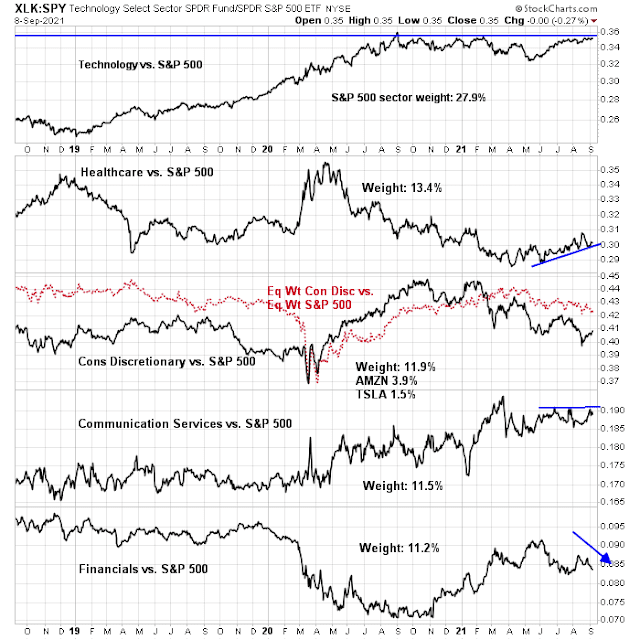 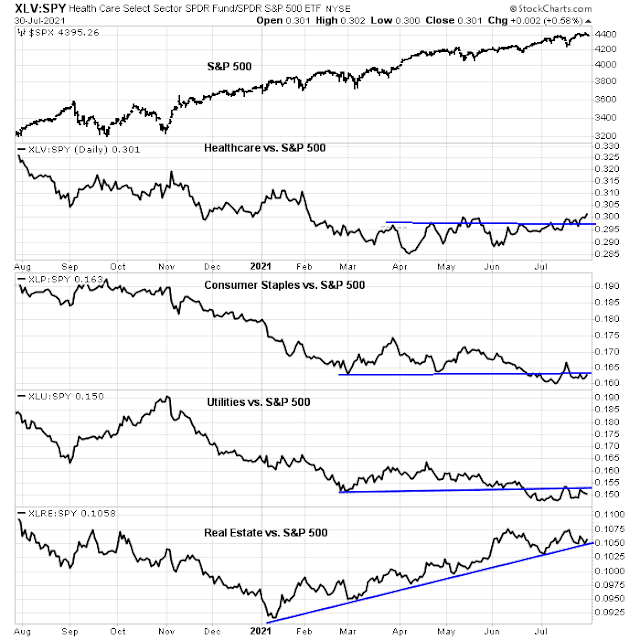 Neither the bulls nor the bears have seized control of the tape.

The more significant upside breakout may be the action by the 10-year Treasury yield. IMF chief economist Gita Gopinath recently discussed the IMF’s forecast of “transitory inflation”, which she defined as quarters and not months.

While the current uptick in the 10-year yield has been relatively minor, a prolonged period of elevated inflation readings has the potential to spook the bond market. Historically, changes in yield has corresponded to rising market volatility. 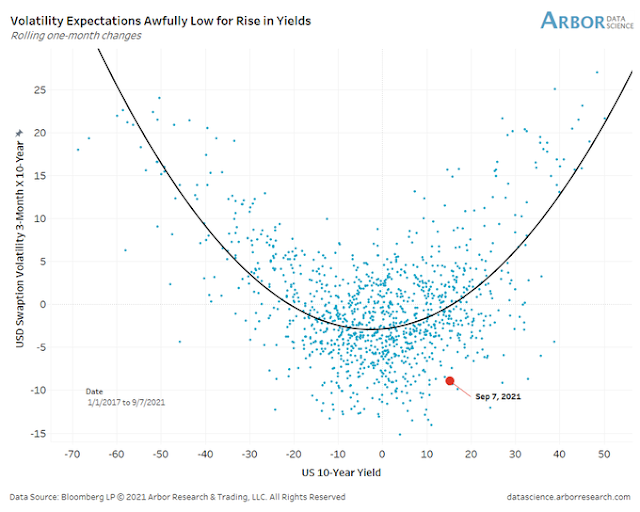 Subscribers received an email alert that my inner trader had exited his long position in the S&P 500. While I am not bearish, the environment is turning less friendly for the bulls. My base case scenario calls for a sideways market marked by increasing volatility in the coming weeks.

18 thoughts on “Two stealth breakouts you may have missed”