A sudden risk-off panic – Humble Student of the Markets

The markets opened with a risk-off tone overnight in Asia, The selloff continued in Europe, and now it is in North America. The talking heads on television have attributed the weakness to COVIE-19 jitters over the spread of the Delta variant. 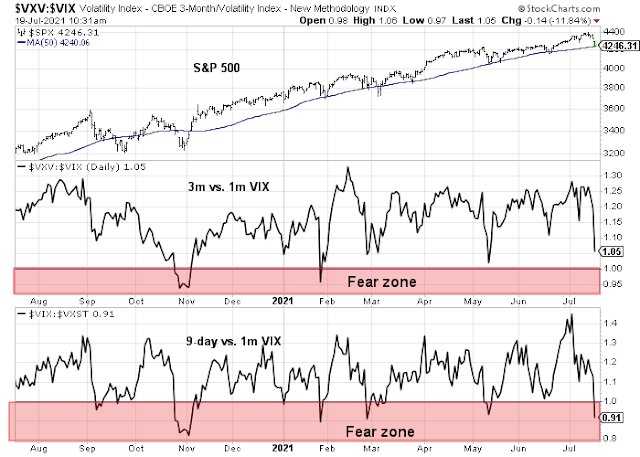 Coincidentally, I also received this morning several emails raising concerns about the stock market. I would argue instead that this is not a time to abandon long positions. Instead, the market weakness represents an opportunity to tactically add to long positions.

First, keep in mind that the primary trend is up. Jared Woodward at BoA pointed out that “Years that begin this well tend to end well, too. Since 1871, for the 16 years with similar starts, the average second-half return was 8%, with more upside potential than downside risk.” 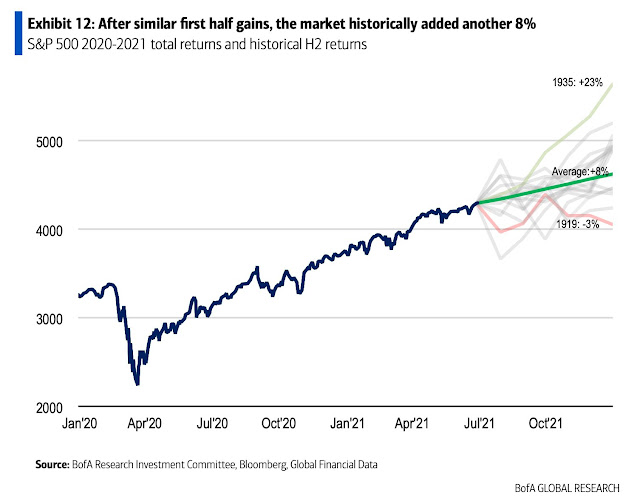 Tactically, three of the four of my bottoming models are flashing buy signals. The 5-day RSI is oversold; the VIX Index has spiked above its upper Bollinger Band; and the NYSE McClellan Oscillator is oversold. The only indicator that has not signaled caution is the 1-month to 3-month VIX term structure, though I pointed out that the 9-day to 1-month VIX has inverted, indicating rising fear. 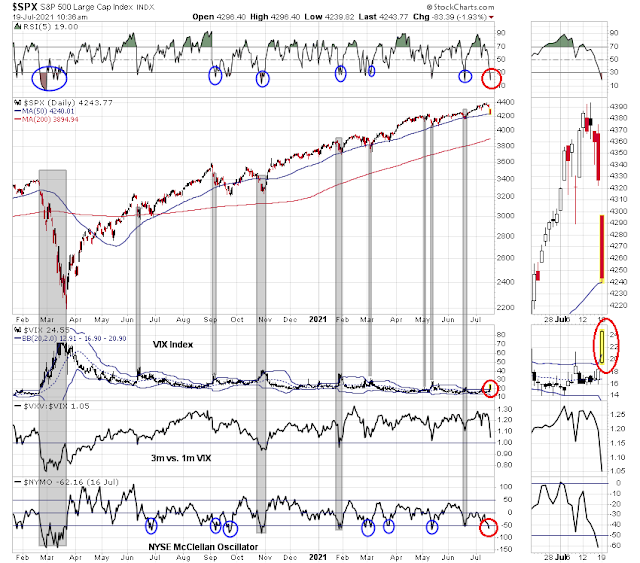 As well, I monitor the Zweig Breadth Thrust Indicator for a secondary purpose other than the original formulation. As a reminder, a ZBT buy signal is generated when the ZBT Indicator rebounds from oversold to overbought within 10 trading days. This is a rare condition that only happens every few years. What is less rare are ZBT oversold signals – one of which was just generated today. 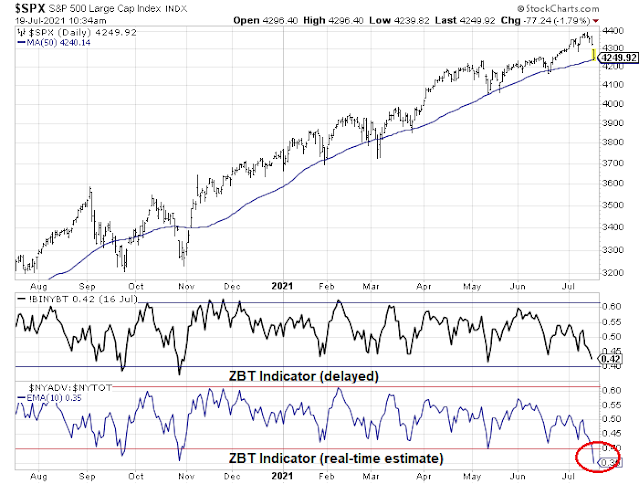 I am in no way implying that we will see a ZBT buy signal in the near future. However, the market is sufficiently oversold that a tactical buying opportunity is presenting itself. The real test for the market is how it behaves after the rebound. My base case is still calling for a trading range for the next few weeks. The market is just at the bottom of its range right now.

28 thoughts on “A sudden risk-off panic”