A glass half full, or empty? – Humble Student of the Markets 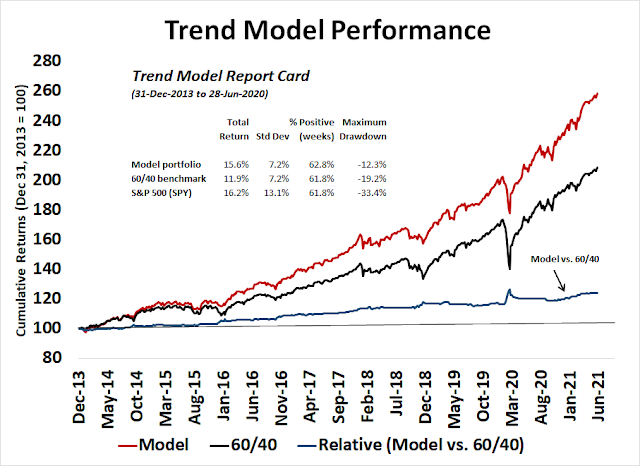 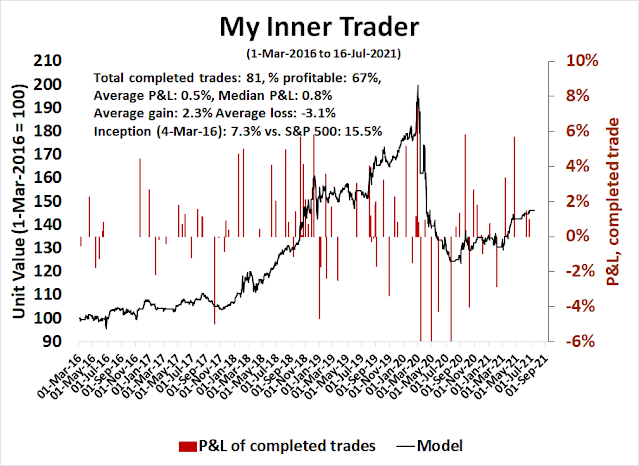 Easy to be bearish

As a chartist, it’s easy to be bearish. After all, the market is experiencing numerous negative breadth divergences. 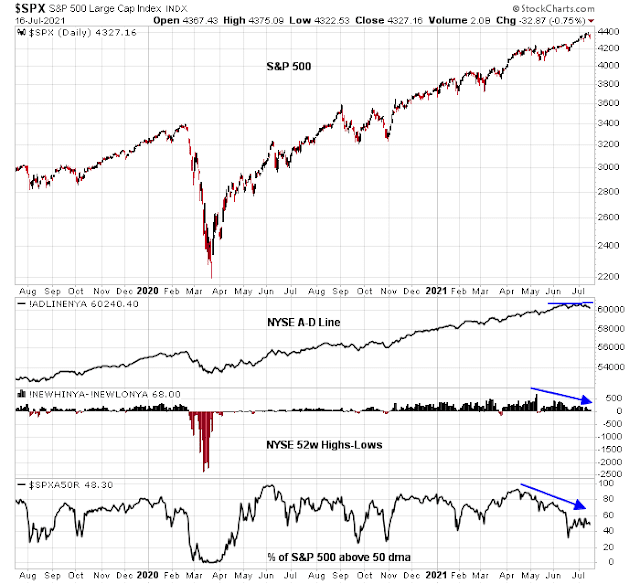 Beneath the surface, however, the technical narrative can better be described a “glass half full, or half empty” dilemma.

Conventional technical analysis approaches don’t really tell the story of this stock market. The market has been undergoing an internal rotation from value to growth. While the Russell 1000 Value Index has been trading sideways, the Russell 1000 Growth Index has been advancing to fresh all-time highs. However, the value/growth ratio is exhibiting positive RSI divergences, indicating that value stocks may be ready to regain their lead. 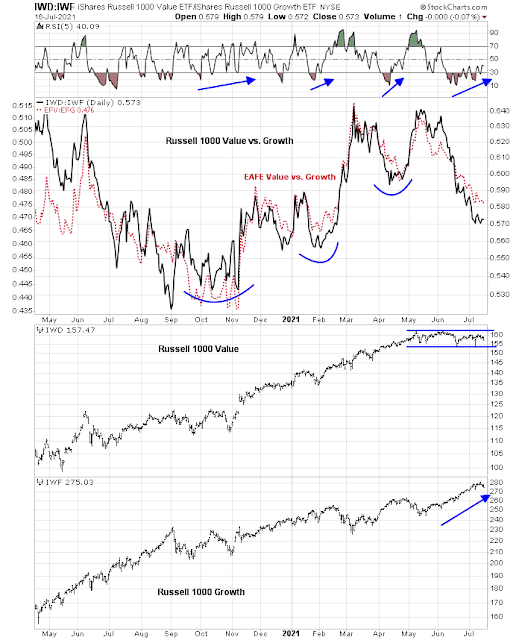 The revival of value stocks can be better seen in small caps. The Russell 2000 Value to Growth ratio has rallied through an important relative resistance level. 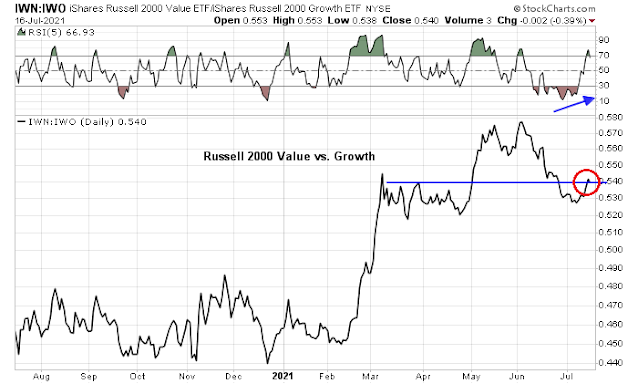 Further evidence of internal rotation can be seen in the relative performance of the top five sectors of the S&P 500. These sectors comprise 75% of index weight and it would be difficult for the index to either rise or fall without the participation of a majority. Large cap growth sectors such as technology and cap weighted consumer discretionary are exhibiting relative uptrends, while the value-oriented financial stocks are lagging. 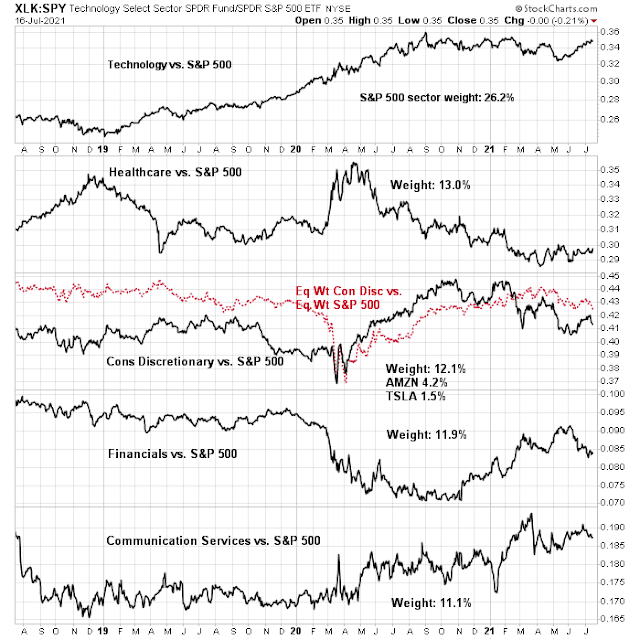 A glass half full

Evidence of poor market breadth has its silver lining. The widespread evidence of poor breadth has pushed the NYSE and NASDAQ McClellan Oscillators (NYMO and NAMO) to an oversold condition. This is a highly unusual condition because the 14-day RSI just retreated from an overbought reading. In the last four years, there were two episodes when NYMO was oversold and the RSI was overbought or near overbought. Both resolved themselves in benign manners. 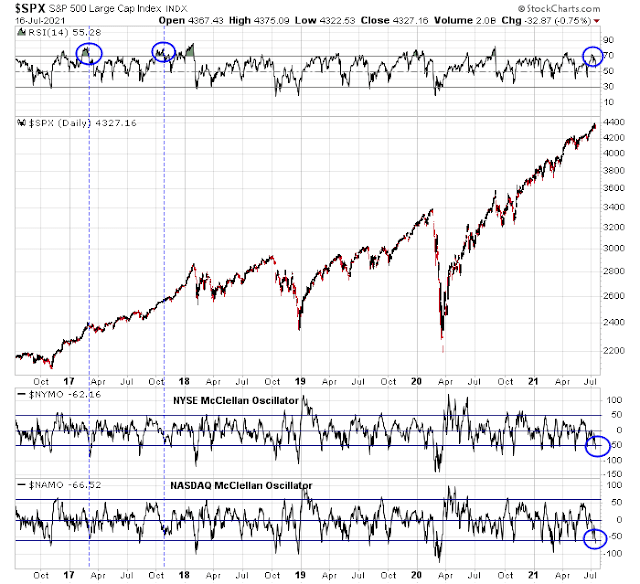 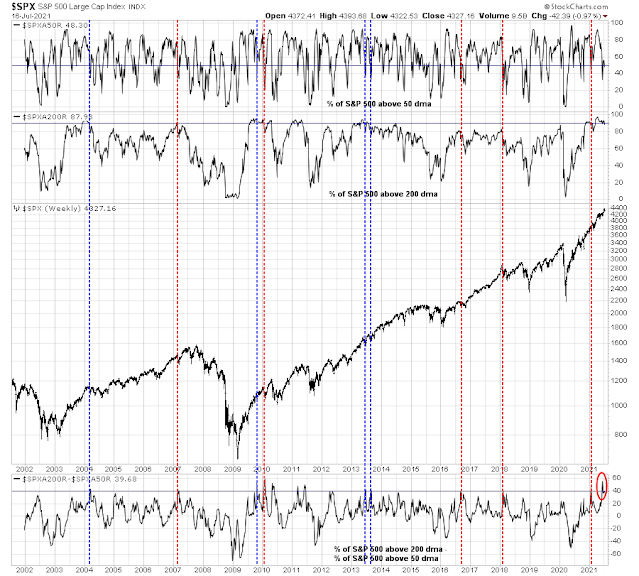 The Fear & Greed Index has fallen to 23, which is at or near levels where this index has bottomed in the past. 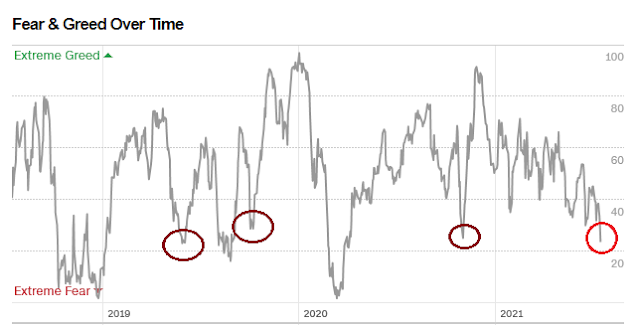 The market appears to be setting up for a short-term bottom. Helene Meisler tracks the number of Wall Street buy recommendations to sell recommendations. This indicator has plunged to an all-time low, which is contrarian bullish.

As well, Meisler conducts an (unscientific) weekend Twitter poll. This week’s sudden bearish turn nearly is approaching the record low level seen in January. The last time sentiment plunged was four weeks ago, in the wake of the FOMC’s hawkish pivot. The market recovered the following week when Fed speakers softened their remarks. 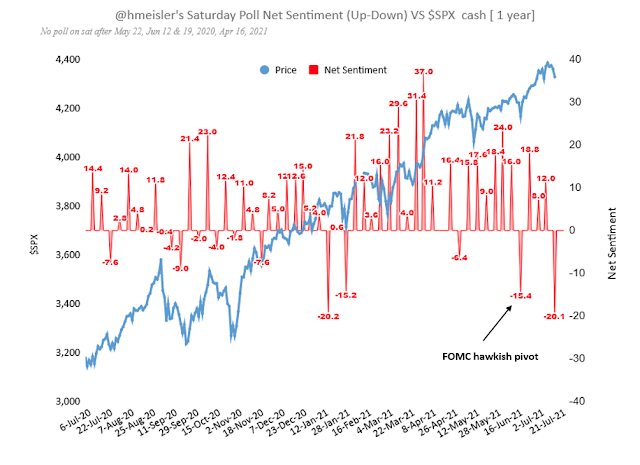 So where does that leave us? I continue to believe that the market has bifurcated into two distinct markets, value and growth. In aggregate, it’s difficult to make much of a judgment about the direction of the S&P 500 owing to the divided nature of market internals. The internal rotation is continuing and value is poised to gain the upper hand.
Short-term breadth and sentiment readings indicate that a rebound is likely, but the bulls shouldn’t bring out the champagne just yet as the market could just be at the bottom of a trading range. Until we see a definitive bullish or bearish catalyst, my base case calls for a sideways market with a possible minor upward bias.
My inner investor is remains bullishly positioned in value and reflation-themed stocks. Near-term downside risk is relative low and he is not concerned about minor blips in stock prices. My inner trader is tactically long the S&P 500 in order to scalp 1-2%. The market is at the bottom of a short-term trading range and it is expected to rebound over the next week.
Disclosure: Long SPXL