Mid-week market update: I’ve had a number of questions from readers about the warnings of imminent market declines from SentimenTrader. In this post, Jason Goepfert’s headline was “This Led to Declines Every Time in the Past 93 Years”. He highlighted the market’s poor breadth, as measured by the percentage of stocks above their 50 dma. 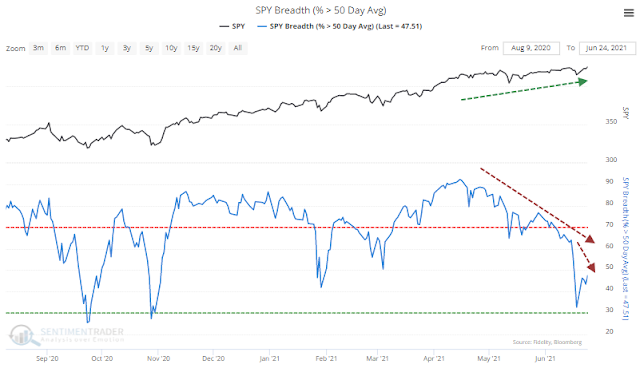 Relax, the market isn’t going to crash. Here’s why.

Goepfert gave the answer in a separate article, “The Correlation Between Growth and Value Has Never Been Lower`. Even though he interpreted the data in a bearish way, his observation is consistent with my past analysis that this is a highly bifurcated market that’s divided between growth and value stocks. 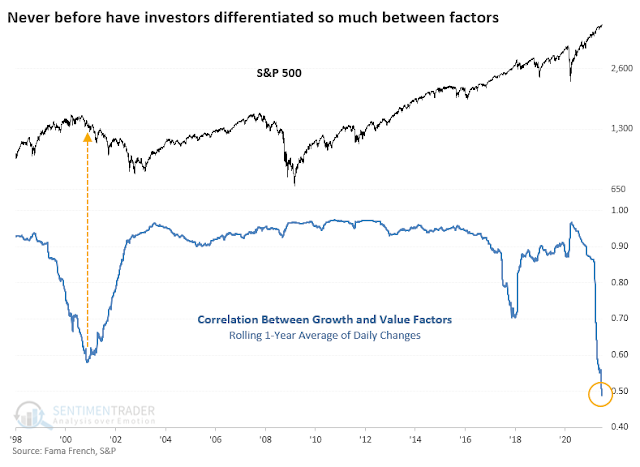 The stock market has been rising steadily because growth and value have been undergoing an internal rotation. When growth falters, value takes up the baton of leadership and vice versa. Right now, the value/growth ratio has violated a key relative support line and internals look terrible (negative for value, positive for growth). On the other hand, the ratio is exhibiting a positive RSI divergence. In the past, these negative divergences have led to a bottom and turnaround for value stocks. Don’t be surprised to see history repeat itself in the coming days. 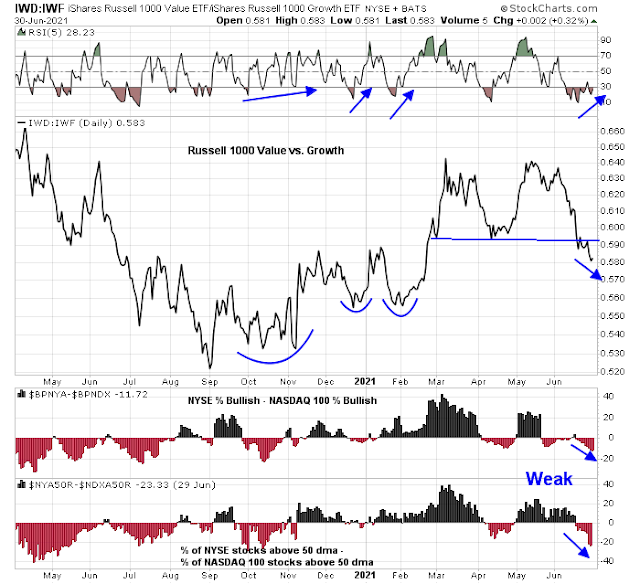 As the fears of the Delta variant slowing down the economic recovery swept through the markets, it was no surprise that SKEW, which measures the cost of hedging a tail-risk event, spiking. It was also not a surprise to see growth ascendant under such conditions. If growth is becoming scarce, growth stocks attract a bid. 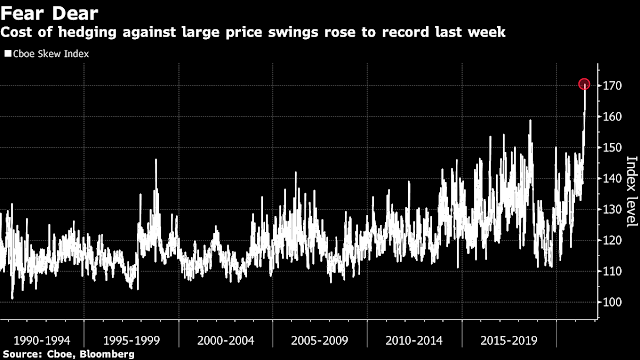 On the other hand, Moderna announced that its vaccine is protective against the delta variant (via CNBC). It remains to be seen how the value and growth stocks will react in the coming days as these fears recede.
Another supportive element for the strength of the S&P 500 comes from a more nuanced interpretation of breadth readings. Sure, the NYSE A-D Line has not confirmed the index’s recent highs, the market is exhibiting negative RSI divergences, and the percentage of S&P 500 stocks above their 50 dma look terrible. On the other hand, the percentage of NASDAQ stocks above their 50 dma is showing signs of life, which is an indication of the internal growth and value rotation, and the percentage of S&P 500 stocks above their 200 dma is still above 90%. 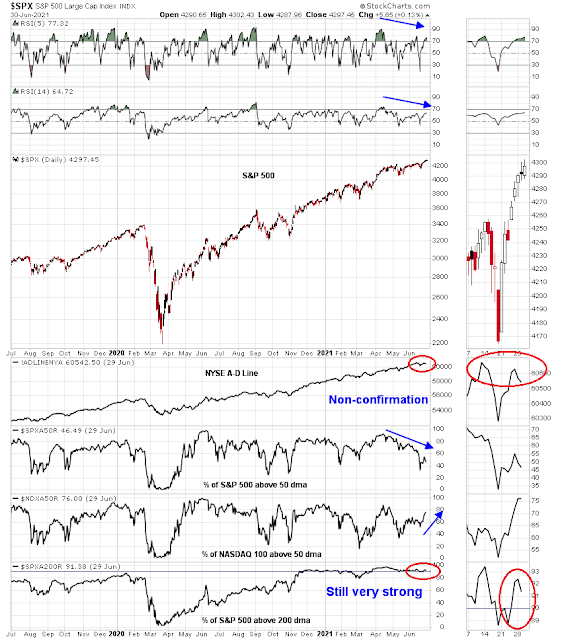 Putting it another way, short-term breadth is challenging, but long-term breadth remains solid. I interpret these conditions as the market may see a shallow pullback of -5% or less, but downside risk is limited. My base case scenario is still a sideways choppy market, though I would not discount the S&P 500 undergoing a slow grind-up over the next two or three weeks.