A test of the old highs? – Humble Student of the Markets

Mid-week market update: I wrote on the weekend that one of my bullish tripwires were violations of relative support by defensive sectors (see Is the pullback over?). The bulls have largely achieved that task. 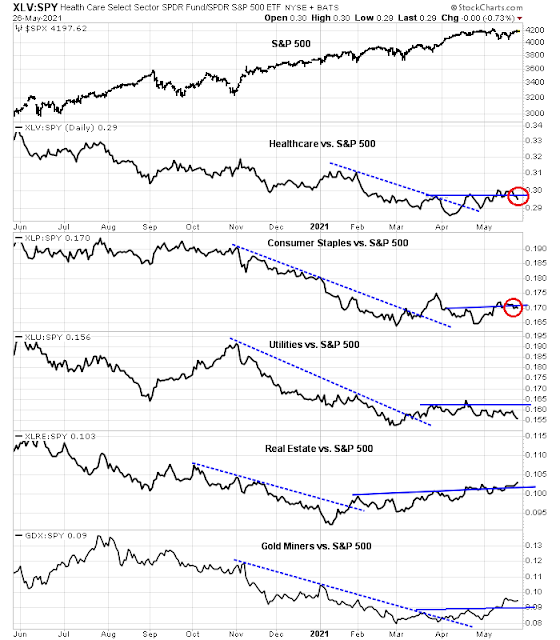 The S&P 500 appears to be on its way to a test of the old highs.
In addition, the VIX Index has decisively fallen below its 20 dma, which was another of my bullish tripwires. However, the S&P 500 is exhibiting a negative 14-day RSI divergence. Should the index rally to test its old highs, the signs of deteriorating momentum are likely to limit the market’s upside potential. 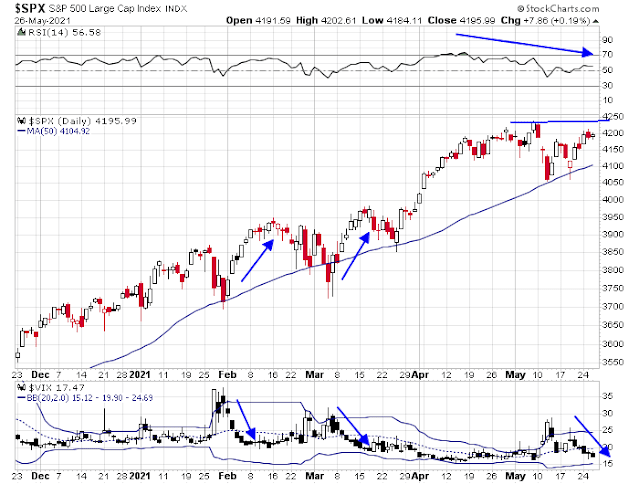 Due for a pause

The stock market is acting like it’s due for a pause in its bullish impulse. I have highlighted this chart before. Market breadth, as defined by the percentage of S&P 500 above their 200 dma, has risen above 90%. In the past, this has been a sign of strong price momentum that accompanies a strong bull move (grey shaded areas). However, the advance has paused when the 14-week RSI recycled from an overbought condition, which it did recently. 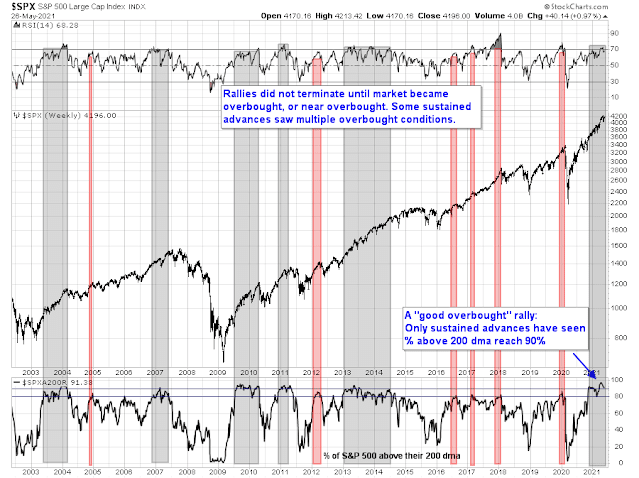 Market leadership has been lackluster, which is another argument for a period of either sideways action or minor pullback. The top five sectors comprise above 75% of S&P 500 weight and it would be difficult for the market to either rise or fall significantly without the participation of a majority. Of the five sectors, only Financials are in a relative uptrend, while the rest are either trading sideways or lagging the market. Strong bullish advances don’t look like this. 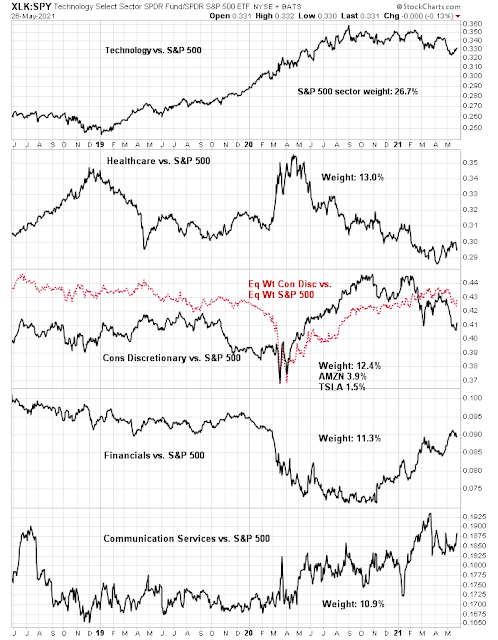 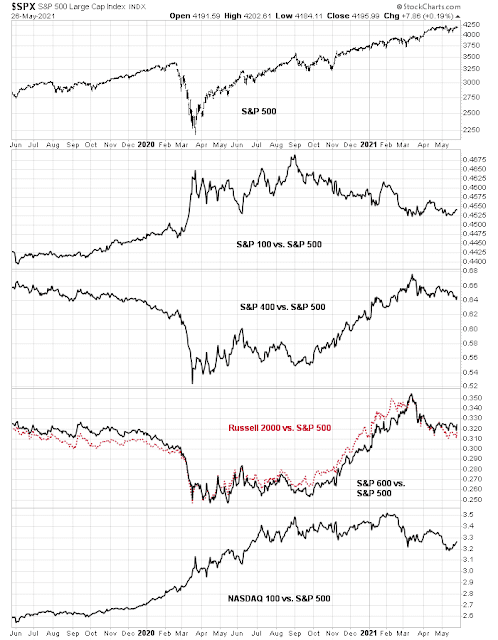 In the short-run, traders will have to consider market cross-currents as the $16 billion price momentum ETF (MTUM) re-balances its portfolio. Bloomberg reported that the ETF is expected to sell its growth stock holdings and buy value stocks.

BlackRock Inc.’s iShares MSCI USA Momentum Factor ETF (ticker MTUM) will see “an astounding” 68% of its portfolio holdings change in order to hold the market’s top performers over the past year, according to Wells Fargo estimates.
The rebalancing of the quant strategy, due on or around Thursday, will push the weighting of financial stocks to a third from less than 2% currently, the strategists reckon. The technology sector will slide to 17% from 40%.
It all underscores the intensity of the risk-on stock rotation, away from pandemic-induced economic misery to vaccine- and stimulus-fueled optimism. The rolling one-year performance of the value factor — which bets on cheap-looking shares and against expensive peers — is near its strongest since the global financial crisis.
“We expect MTUM to morph from an expensive, high-growth play to a higher-mo’ basket with benchmark-like growth/value characteristics,” Wells Fargo analysts led by Christopher Harvey wrote in a note. “The fund’s Quality drops somewhat.” 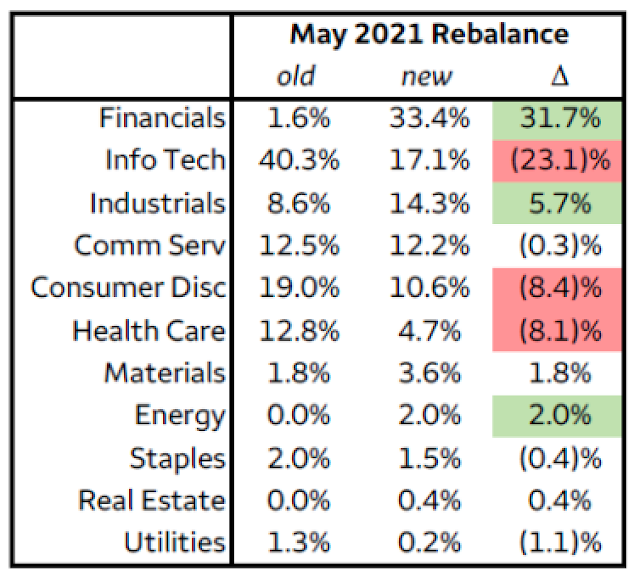 My inner investor remains bullishly positioned, though he has sold call options against selected long positions. My inner trader is bullish, and he is waiting for the S&P 500 to test resistance at its old highs before he starts to take some profits.
Disclosure: Long SPXL