Making sense of the Archegos Affair – Humble Student of the Markets

Mid-week market update: You can tell a lot about the character of a market by how it reacts to news. In response to the Archegos Affair, the contagion effect has mostly been contained. Other than the share prices of Nomura, Credit Suisse, and the liquidated stocks, the market averages have been steady and this is not a repeat of the Long-Term Capital Management debacle.

Still, there are still nagging doubts about pockets of hidden financial leverage in the banking system. Is there another shoe waiting to drop? 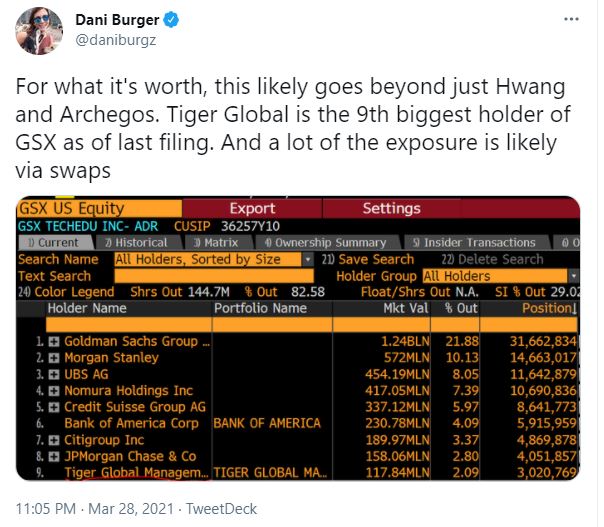 An accident waiting to happen

This sort of financial accident is no surprise. Bloomberg reported that the use of leverage is common among the super-rich:

More than 10% of the world’s 500 richest people have committed stock for a combined $163 billion, according to an analysis by the Bloomberg Billionaires Index based on the latest disclosures available. That represents almost a fifth of their public holdings, up from about $38 billion four years ago and double the pledges after last year’s market bottom in March, when 40 of the wealthiest had pledged shares, the data show.

In a bull market, that’s not a problem. From a systemic risk perspective, however, the biggest exposure for banks is Asia:

Committing stock is especially common in Asia, where state-owned banks dominate financial markets and high-growth companies need to find different sources of funding. In mainland China, where top shareholders in initial public offerings typically have their stakes locked for 36 months, the practice can help them get liquidity while maintaining their voting rights.

A bad year for hedge funds

Archegos’ problems were compounded by the poor returns exhibited by hedge funds this year. While hedge fund returns have historically been correlated to stock prices, 2021 has been an exception. 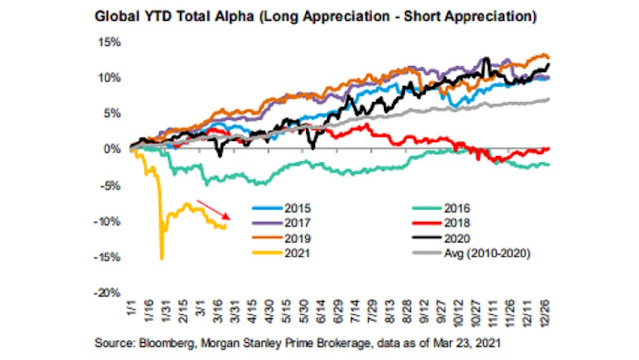 Already, Wall Street is searching for crowded longs in hopes of identifying the next margin liquidation candidate. Here is one list from Jeffries. 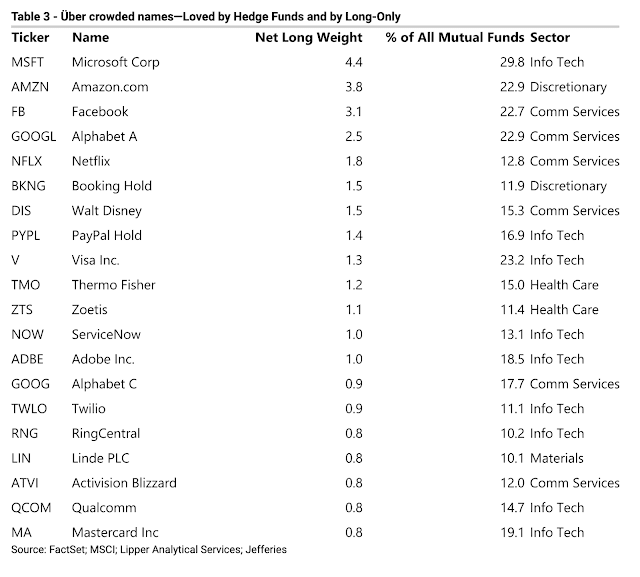 As confirmation of my recent bullish view on value and cyclical stocks, I would point out that there are no banks or energy stocks, which are value favorites, on that list. Surprisingly, there are no semiconductor stocks on the list, which may represent a pocket of opportunity for investors seeking cyclical exposure.

I previously observed that this is a bifurcated market and that assertion still stands. Both the Dow and the Transports have made fresh all-time highs, which continue to trigger Dow Theory buy signals. 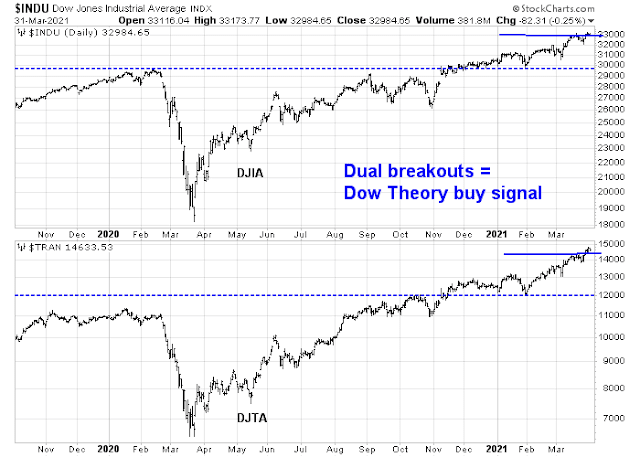 Despite today’s rally, the technology-heavy NASDAQ 100 is mired below its 50 dma and it is struggling to hold a key relative support zone. 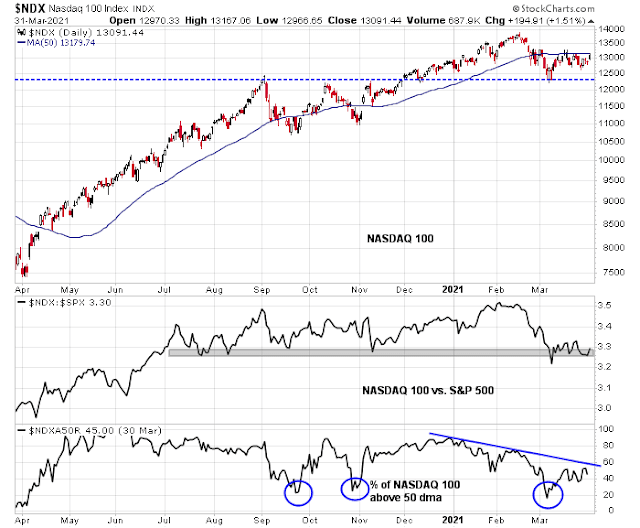 The combination of the market’s inability to respond to bad news and positive market internals tells me that it wants to go higher. The percentage of S&P 500 stocks above its 200 dma is above 90% again, which is a “good overbought” condition that is indicative of positive price momentum. 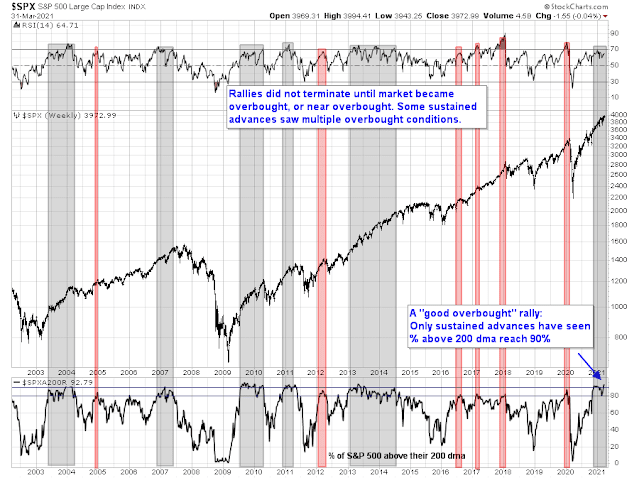 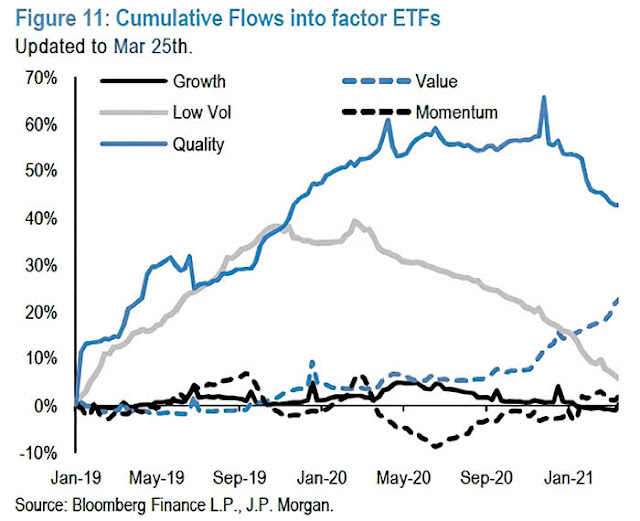 19 thoughts on “Making sense of the Archegos Affair”