It has been a week since Recep Erdoğan`s decision to fire Turkey`s central-bank governor, Naci Agbal, for raising interest rates. Both Turkey`s stock market and currency, the Turkish lira (TRY), have shown some signs of stabilization after a dramatic drop last Monday. However, TRY weakened today but the fall is likely attributable to the fears of a margin call contagion despite a Bloomberg report that the new central bank governor’s refused to commit to an interest cut.

“I do not approve a prejudiced approach to MPC decisions in April or the following months, that a rate cut will be delivered immediately,” Kavcioglu said in a written response to questions emailed by Bloomberg News, referring to monetary policy committee meeting next month.

“In the new period, we will continue to make our decisions with a corporate monetary policy perspective to ensure a permanent fall in inflation. In this respect, we will also monitor the effects of the policy steps taken so far,” Kavcioglu said.

From an equity perspective, the MSCI Turkey ETF (TUR) is oversold and it is testing a key relative support level. 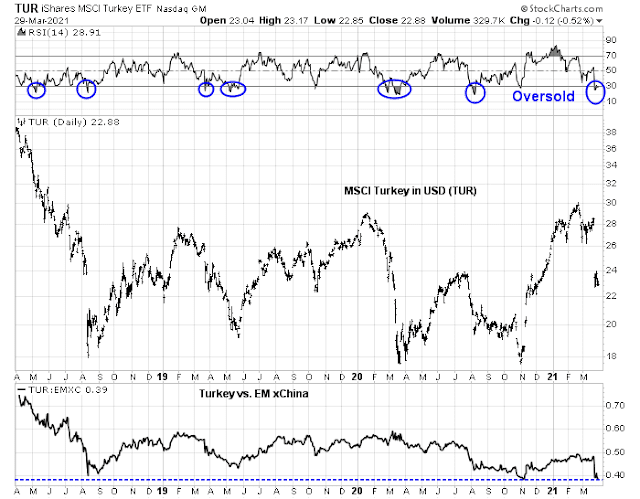 Do Turkish stocks represent a contrarian buying opportunity or a value trap?

Here is the long-term bull case. Turkey is a country of 80 million people with very attractive age demographics. It is perched near a very large market, the European Union, with an aging population. The country is incredibly young and offers enormous potential for growth. 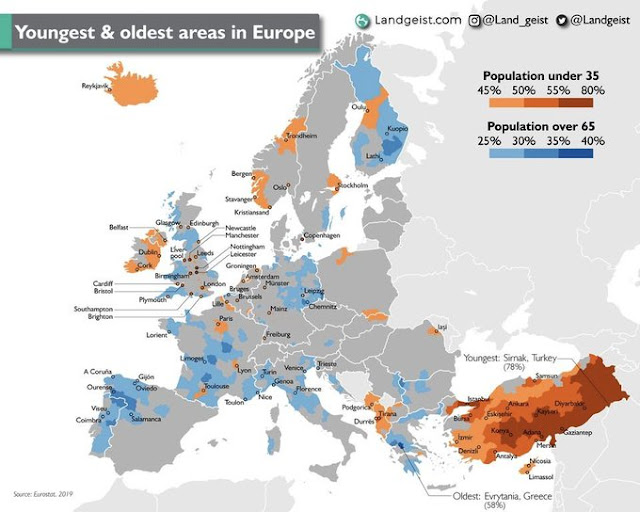 The stock market is statistically cheap based on forward P/E and it has always been that way for 20 years. Note, however, the latest figure was calculated before the currency devaluation. The P/E multiple will experience some flux as it will take some time for analysts to adjust the E in the forward P/E to the devaluation. 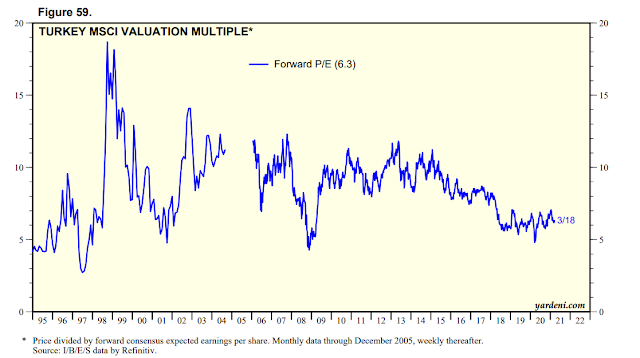 The bad news is awful macro-management and a lack of political stability. This Economist article sums up Turkey’s challenges [empahsis added]:

Mr. Erdogan’s macroeconomic muddles and meddling reflect both his own intellectual confusion and the inconsistent demands of his supporters. Turkey’s construction industry, which ensures growth and jobs, thrives on easy credit. That contributes to inflation and a flight from the lira. But Turks, especially merchants and small-business folk, who keep much of their money in dollars or euros, vehemently oppose exchange controls. The result is an unstable currency and unstable prices. Turkey is trying to emulate China’s growth strategy (featuring state-backed credit for property and infrastructure investment) without the benefit of its docile depositors and trapped savings.

Now that 10-year Treasury yields are rising and their spreads against 10-year Bunds and JGBs are widening, this will put upward pressure on the USD, and downward pressure on vulnerable EM currencies like the TRY. 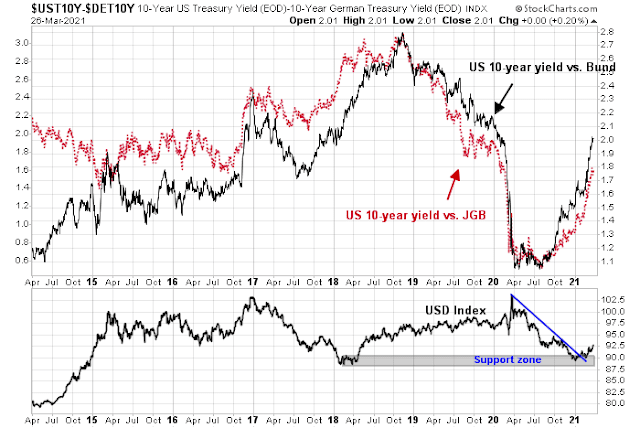 [Investors] should heed the country’s cautionary tale: if you rely on foreign capital it is risky to compromise central bank independence, especially when global interest rates are rising. Emerging-market investors will treat Turkey as an unfortunate exception only for as long as emerging-market policymakers learn from its unfortunate example.

Blood in the streets?

Contrarians buy when there is blood running in the streets. Is the latest currency devaluation episode enough to warrant a “blood in the streets” call?
The market does appear to be cheap relative to MSCI All-Country World ex-US (all figures in USD). TUR is testing an area of key relative support.

While elections are not scheduled until 2023, a recent poll done during the period March 7-12 shows Tayyip Erdoğan trailing his potential opponents. Two years is a long time in politics, but the potential for a change in government and greater stability is tantalizing for investors. 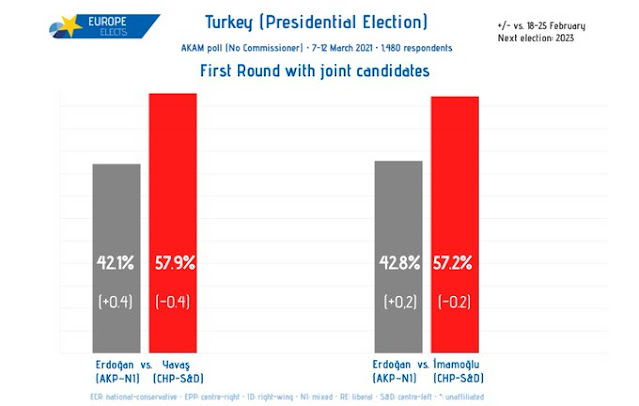 In conclusion, the Turkish market represents an intriguing opportunity for contrarian investors. While I don’t know if last week’s -16% decline in USD terms and subsequent stabilization represents a capitulation bottom, long-term investors can start to accumulate a position at these prices.