My 2020 report card – Humble Student of the Markets

Now that 2020 has come to an end, it’s time to deliver the Humble Student of the Markets report card. While some providers only highlight the good calls in their marketing material, readers will find both the good and bad news here. No investor has perfect foresight, and these report cards serve to dissect the positive and negative aspects of the previous year, so that we learn from our mistakes and don’t repeat them.

Let’s begin with the good news. The Trend Asset Allocation Model’s model portfolio delivered a total return of 19.7% compared to 16.1% for a 60% SPY and 40% IEF benchmark (returns are calculated weekly, based on the Monday’s close). Total returns from inception of December 31, 2013 were equally impressive. The model portfolio returned 13.8% vs. 10.6% for the benchmark with equal or better risk characteristics. 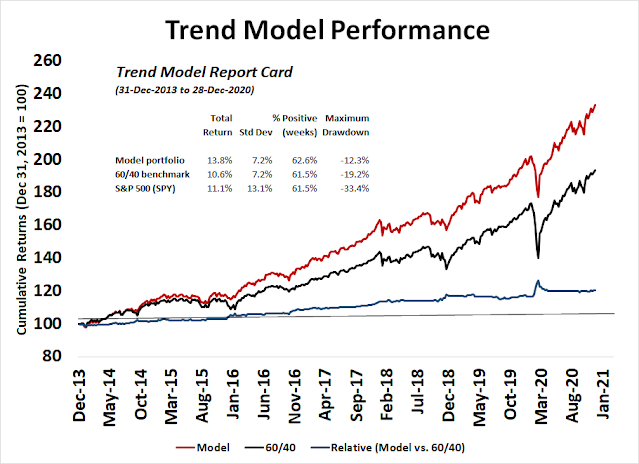 Now for the bad news, and there was plenty of it. While the Trend Model was disciplined enough to spot the crash in March and recovery thereafter, it was very late to turn bullish. I attribute this to two critical errors in thinking.
The unemployment rate had spiked to levels not seen since the Great Depression. I found it difficult to believe that the economy would not tank into a deep recession. I did not understand the magnitude of the fiscal and monetary response that put a floor under the downturn. The chart below tells the story. Even as unemployment rose to unprecedented levels, personal income rose as well. This was an unusual pattern not seen in past downturns and can be explained by a flood of fiscal support to the household sector. 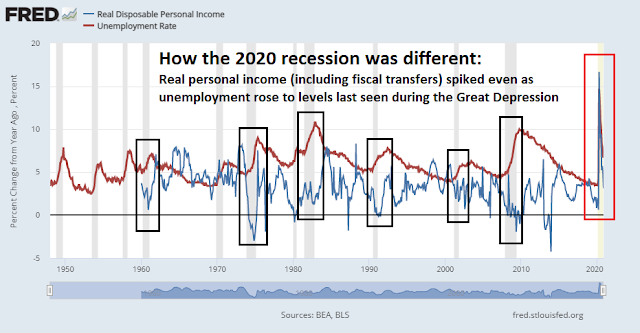 We can see a similar effect with the savings rate, which also spiked to absurdly high levels even as unemployment soared. As government money flooded into households, some of the funds were not needed immediately, and the savings rate rose as a consequence. To be sure, the fiscal support was uneven and exacerbated inequality problems, but that’s an issue for another day. The actions can be partially excused by characterizing the legislation as battlefield surgery, which is imperfect but designed to save as many as possible under crisis conditions. 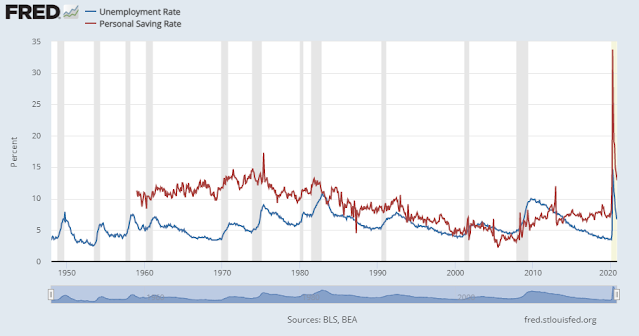 As well, the Federal Reserve and global central banks acted quickly to flood the global financial system with liquidity and financial stress was contained. 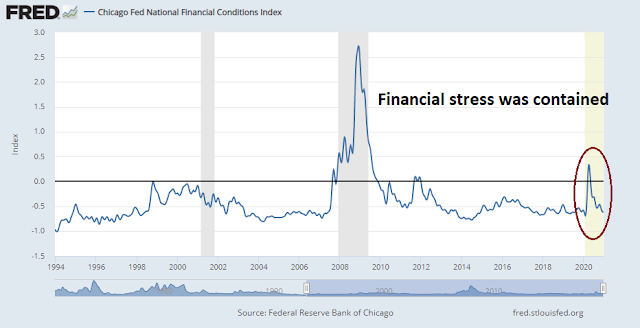 My second error was my assessment of valuation, which was based mainly on the forward P/E ratio, which had risen to historically high levels. I could not initially fathom why that constituted good value for equities. 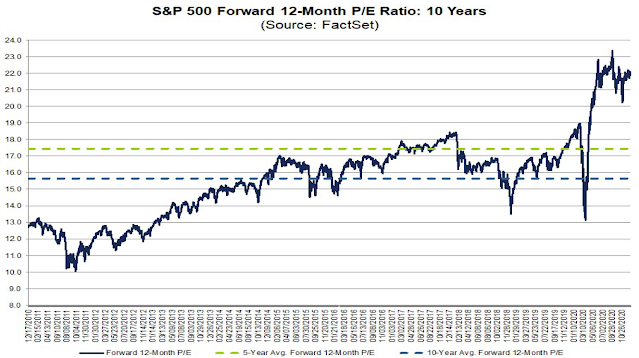 Other traditional metrics, such as the Rule of 20, which specifies that the stock market is overvalued if the sum of the forward P/E and inflation rate exceeded 20, were screaming for caution. 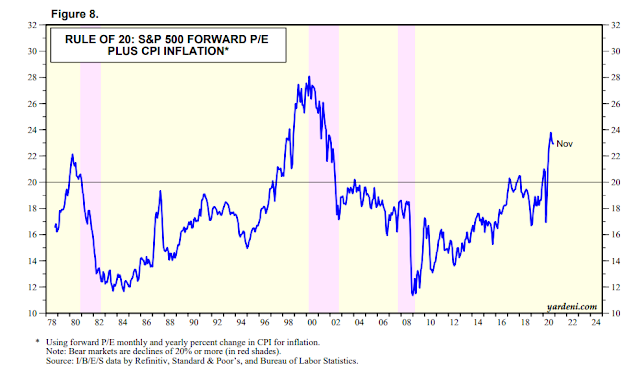 An excessive focus on forward P/E based valuation turned out to be a conceptual error. I addressed those concerns in early October in a post (see A valuation puzzle: Why are stocks so strong?).

One of the investment puzzles of 2020 is the stock market’s behavior. In the face of the worst global economic downturn since the Great Depression, why haven’t stock prices fallen further? Investors saw a brief panic in February and March, and the S&P 500 has recovered and even made an all-time high in early September. As a consequence, valuations have become more elevated.
One common explanation is the unprecedented level of support from central banks around the world. Interest rates have fallen, and all major central banks have engaged in some form of quantitative easing. Let’s revisit the equity valuation question, and determine the future outlook for equity prices.

Soon after, I followed up with a cautious bullish call to Buy the cyclical and reflation trade?. The month of October was still gripped by election uncertainty. I turned unequivocally bullish in November with Everything you need to know about the Great Rotation, but were afraid to ask.
Better late than never.

The trading model had been performing well until 2020. The most charitable characterization was my inner trader caught the coronavirus. The drawdowns were nothing short of ugly. This was attributable to the conceptual error in thinking that I outlined, and a belief that the market would return to test the March bottom.
When the prospect of one or more vaccines and an economic recovery came into view at the end of Q3, I recognized that markets look ahead 6-12 months, and the odds of a retest had become highly unlikely. 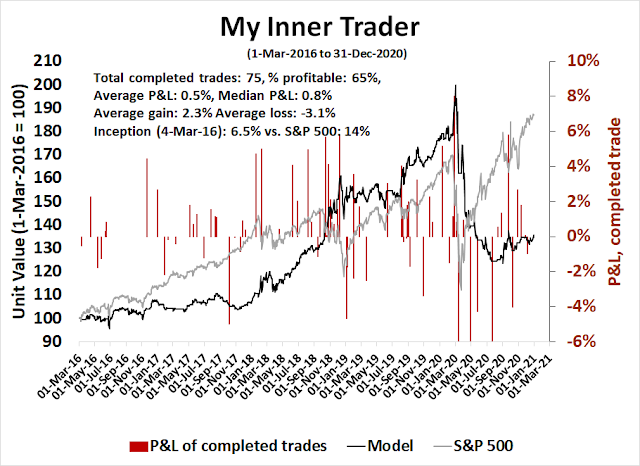 Looking ahead to 2021, tactical trading models used by my inner trader are likely to be less relevant. The point of market timing models is to avoid ugly downturns in stock prices. This is a new cyclical bull market. The costs of trying to avoid corrections, which is a risk that all equity investors assume, are less worthwhile if the primary trend is bullish.
Happy New Year, and I look forward to a better 2021.