An island reversal update – Humble Student of the Markets

Mid-week market update: Remember the island reversal? The market gapped down and skidded last Thursday after Wednesday’s FOMC meeting, creating an island reversal. It opened down on Friday, but managed to close in the green on the day. And it has rallied back to the bottom of the gap this week.

Have the bearish implications of the island reversal been negated?

Let’s begin with a basic primer on island reversal formations. TradingSim explained the formation this way: 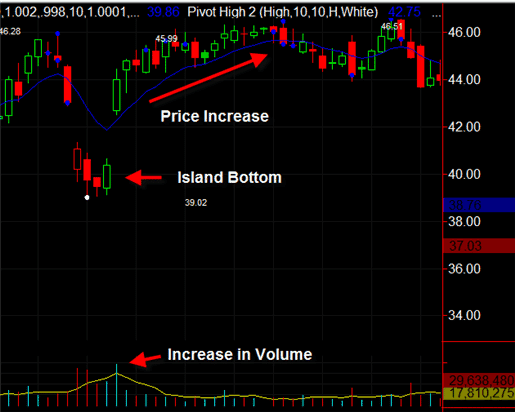 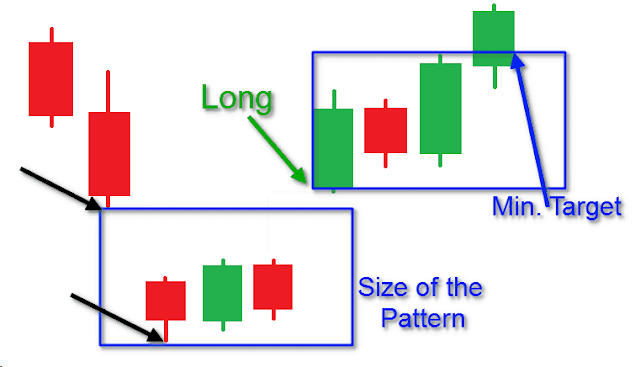 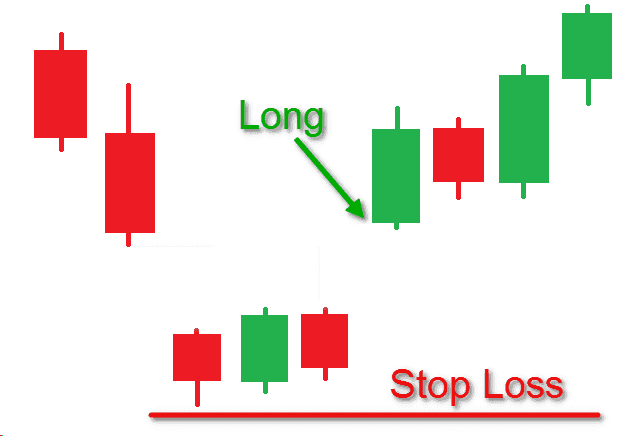 Based on these criteria, the bearish reversal remains intact, and the measured downside minimum target is about 3020.

Here is some perspective on the current market environment. This is a very skittish market. Cross-asset correlation is at a 20-year high, indicating investor herding. The market has shown a pattern of reacting violently to news items. 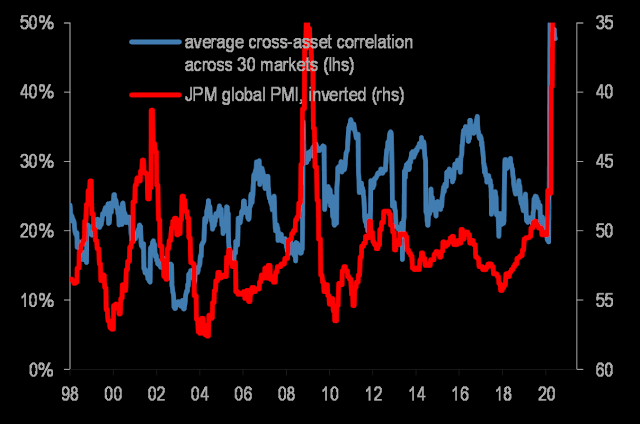 The market looks extended from an intermediate term technical perspective. SentimenTrader pointed out that a record number of stocks are on MACD sell signals, indicating negative momentum. 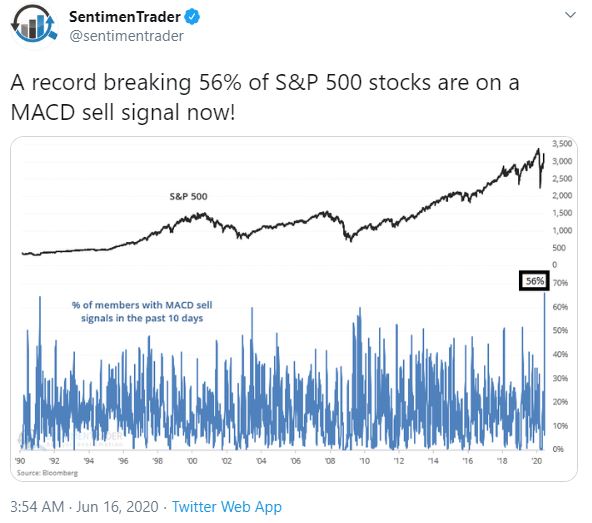 Yesterday’s rally was sparked by an upside surprise in retail sales. An unusual aspect of the market reaction can be found in the behavior of the coronavirus pairs. These pairs should have been rallying, but they instead fell in reaction to the positive reopening news. 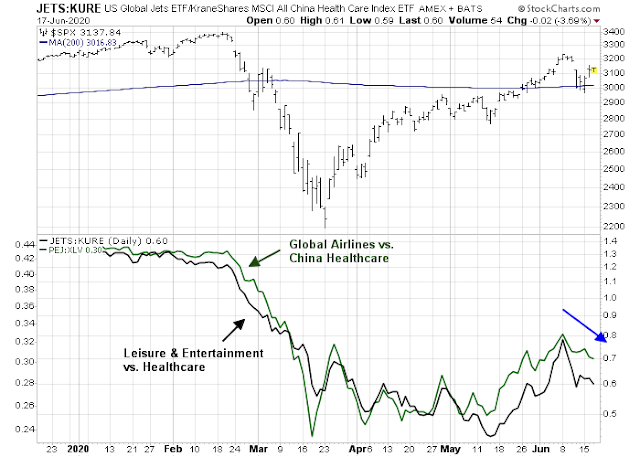 Sentiment remains a concern. The latest BoA Global Fund Manager Survey showed that hedge funds are in a crowded long in equities. Macro Charts showed that past episodes have generally resolved themselves in a bearish manner. 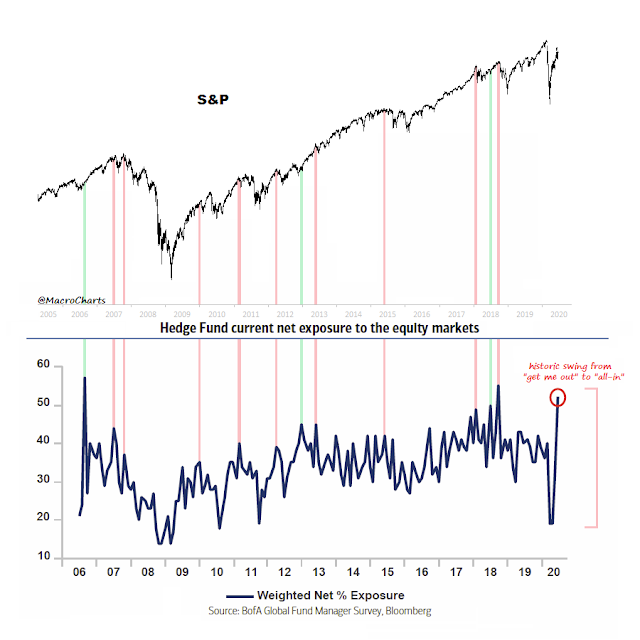 My inner trader is cautiously bearish. The market appears to be rolling over after being in an uptrend. I have said before that you don’t know the strength of a bull trend until it is tested – and it is being tested now.

While short and intermediate term indicators are starting to flicker red, my inner trader is only tactically bearish for now. The SPX remains above its 200 day moving average, and all of the different versions of the Advance-Decline Lines remain in uptrends. The bears cannot be said to be in full control of the tape until those lines in the sand are crossed. 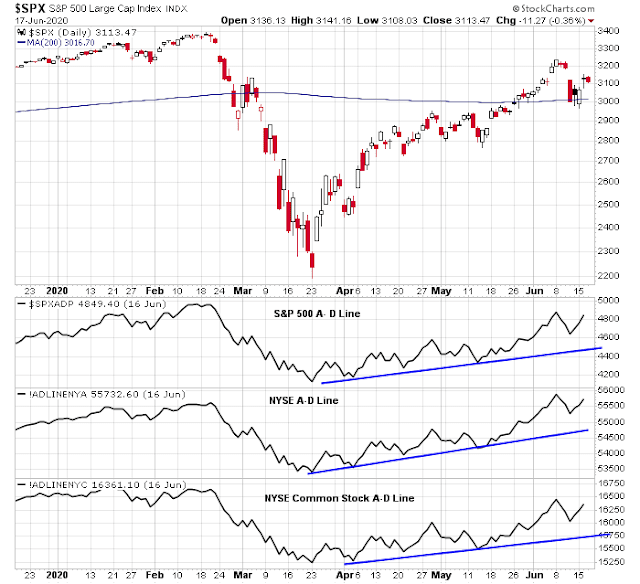 104 thoughts on “An island reversal update”