A bull market with bearish characteristics – Humble Student of the Markets 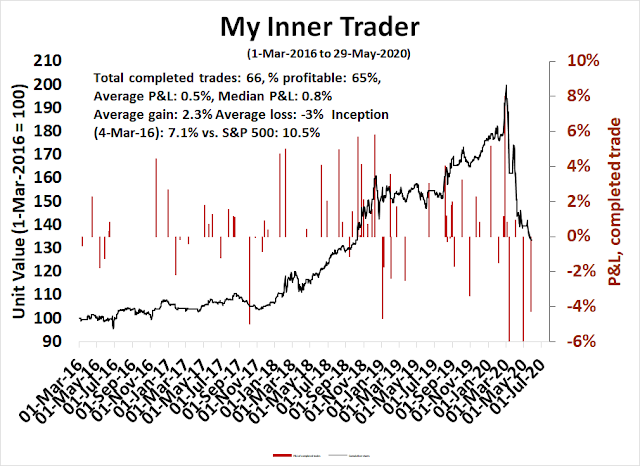 Is this the start of a new bull market? Ed Clissold of Ned Davis Research got a lot of people excited when he pointed out that the percentage of stocks above their 50 day moving average (dma) had exceeded 90%. Such events are intermediate term breadth thrusts with bullish implications. 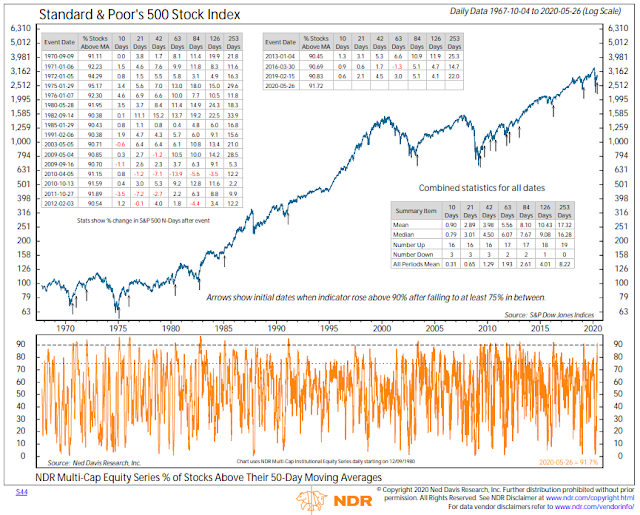 Does this mean we are witnessing the birth of a new bull market?

When the difference of the two indicators (second bottom panel) is high, the signals can be somewhat hit-and-miss. It is an effective buy signal (shown in green) when stocks are in a bull market, and less effective (shown in red) when stocks in a bear market. So we are left scratching our heads. Is this a bull or bear market, and should we buy or sell? The new 52-week high indicator (bottom panel), which is weak, does not inspire a lot of confidence. 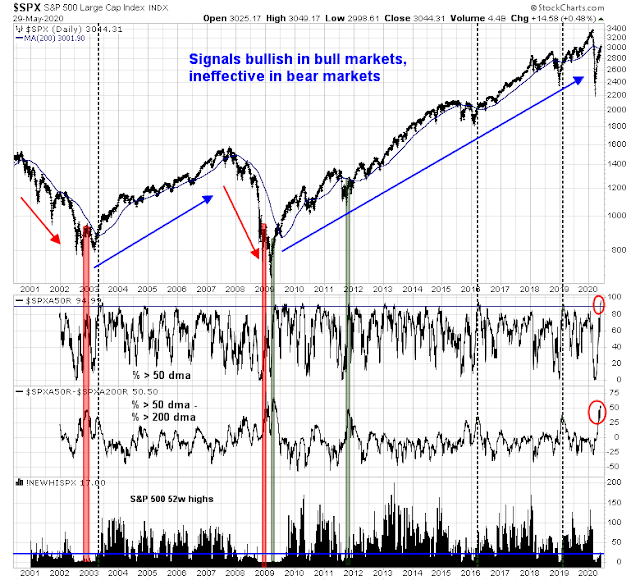 If this is a new bull, then it looks like a bull market with bearish characteristics.

On the other hand, if this is a bear market rally, there may not be much gas left in the tank of this rally. Going back to 1998, whenever the NYSE McClellan Summation Index (NYSI) has reached the unusual condition of -1000 or less, the weekly stochastic has always rebounded from an oversold to an overbought reading. We are nearly there. 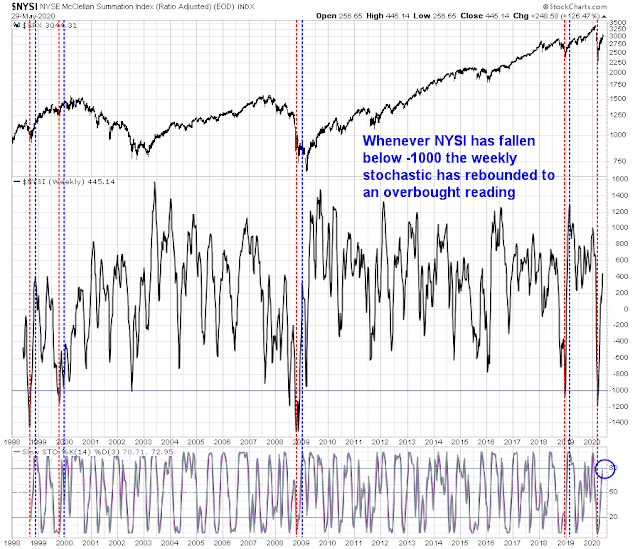 Unfortunately, these signals (red for buy, blue for sell) tell us little about whether we are in a bull or bear market. Of the four signals, two were bullish, and two were bear market rallies.

When a market transitions from bull to bear and back to a new bull market, the old leadership weakens to reflect the purging of excesses of the old bull. New leadership emerges to reflect the hope of the new bull. Instead, the analysis of market cap leadership shows that megacap stocks are plateauing. Mid and small caps are trying to turn up on a relative basis, but remain in long-term downtrends. NASDAQ stocks may be rolling over on a relative basis, but remain in a long-term uptrend. In short, the old leadership is still intact. If this is indeed a new bull, then this is another way the market looks an awful lot like the old bull, or a new bull with bearish characteristics. 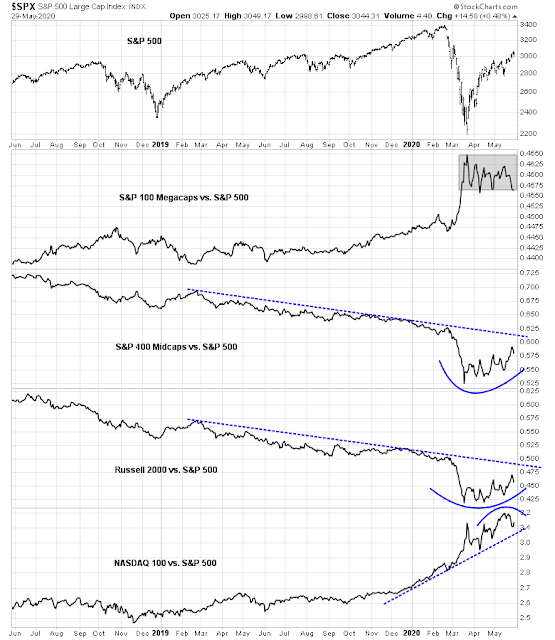 As well, most measures of price momentum are still in relative uptrends, indicating that the old trends remain intact. Bull/bear/bull transitions usually don’t look like this. 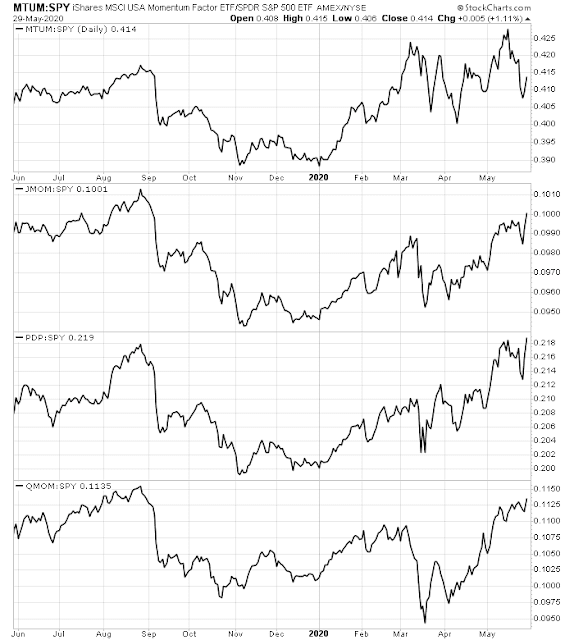 To be sure, the psychological tone of the market has changed since the March low. The prevalent view has gone from blind panic, to a belief that this rally is a bear market rally, to grudging acceptance of a more constructive view of stock prices. A May 12-27 Reuters poll of 250 strategists around the world found that 68% of analysts now do not believe the March lows will be revisited, and an overwhelming majority expect earnings will trough in either Q2 or Q3 2020. In other words, a V-shaped recovery is now the consensus view. 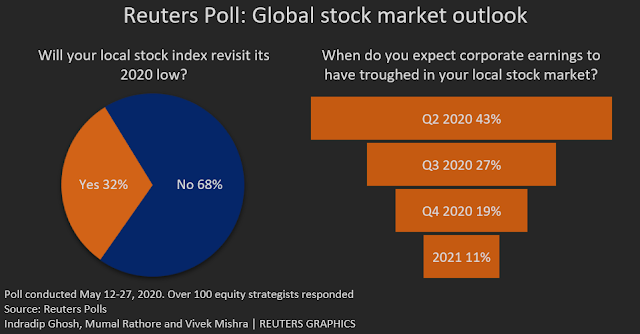 What drove this change in psychology? Certainly the tone of the newsflow. as measured by the San Franncisco Fed Daily News Sentiment Index, has bottomed and begun to improve, but there is still a high degree of uncertainty over the course of the pandemic and the likelihood of a second wave. 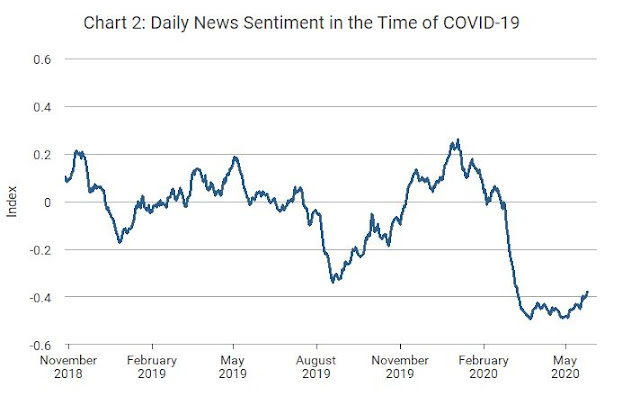 The change in psychology was attributable to rising stock prices, and analysts and managers hopping on the FOMO train. However, analysts at Citigroup discovered that most of the rally was driven by short covering. Is a short covering rally, however powerful, sufficient reason for analysts to turn as bullish as they did in the Reuters poll? 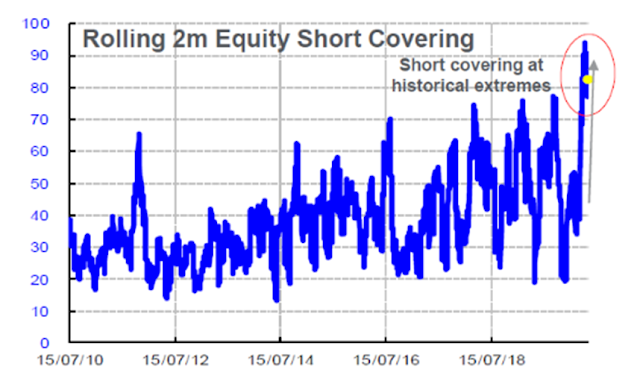 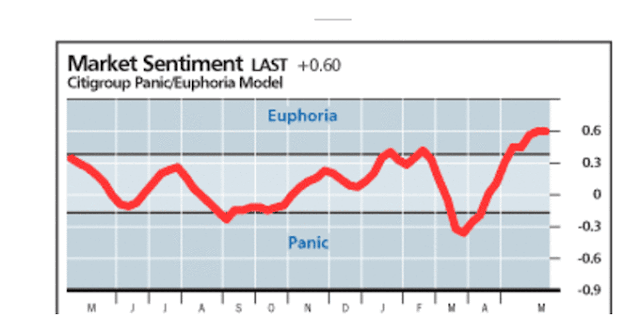 Other traditional market based sentiment indicators, such as the equity-only put/call ratio, is very low, which is contrarian bearish. 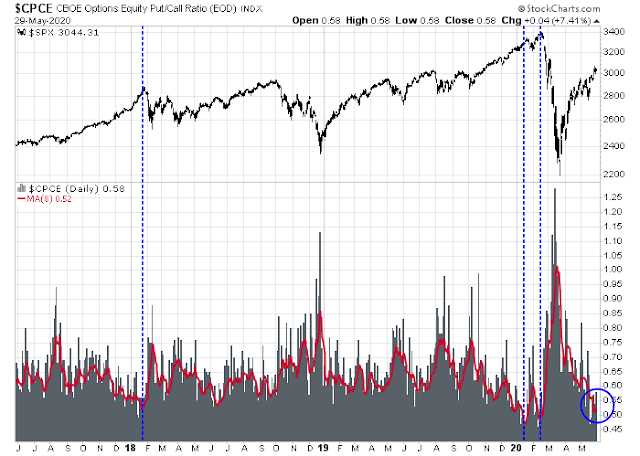 Jonathan Krinsky of Bay Crest Partners pointed out that the stock market has historically not performed well when the put/call ratio is this low after a strong 10-day advance. 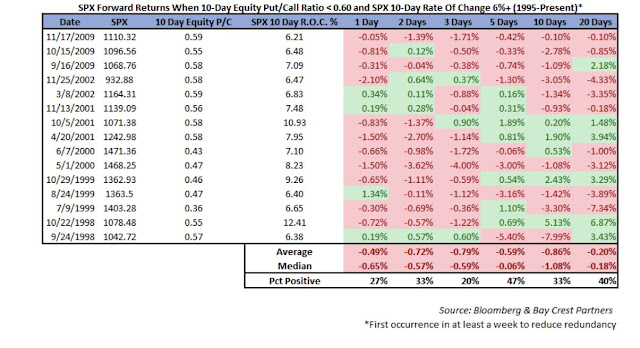 Here is another chart that lends to differing interpretations. The ratio of high beta to low volatility stocks have been an effective short-term leading indicator of market direction in the recent past. The ratio is rolling over, which is short-term bearish, but it remains in an uptrend, which is supportive of the bull case. This is another indication of a bull with bearish characteristics. In all likelihood, we will see a near-term pullback, but the market can push higher until the rising trend line is violated. 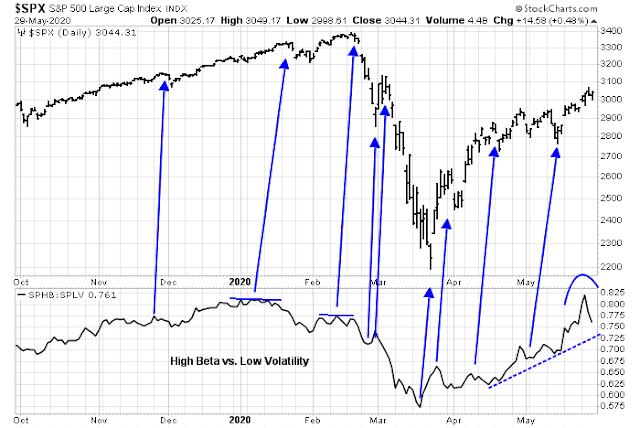 Short-term breadth is overbought and rolling over, which suggests market weakness early in the week. 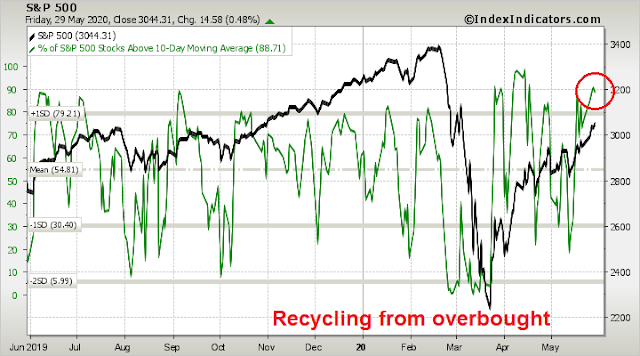 However, the bulls may have one last gasp after an initial bout of weakness, and the bears should not get overly excited just yet. The different flavors of the Advance-Decline Line flashed negative divergences by failing to make new highs even as the S&P 500 broke above resistance and its 200 dma, which is bearish. However, as long as the A-D Lines remain in uptrends, the bulls still have control of the tape. 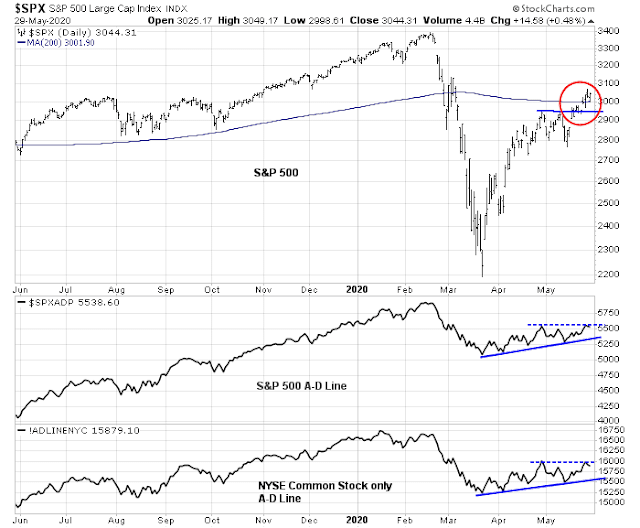 My inner investor is underweight equities, and he is slowly moving towards a neutral weight by considering buy-write opportunities (long stock or index, short call option) as a way of mitigating downside risk. My inner trader is standing aside and awaiting a better trading opportunity.

65 thoughts on “A bull market with bearish characteristics”