FIFO: Can China save global growth (again)? – Humble Student of the Markets

Remember the Great Financial Crisis (GFC)? As the GFC engulfed the global economy, China stepped up with a shock-and-awe campaign of fiscal and monetary stimulus that stabilized not only the Chinese economy, but global growth. Can China save global growth again? 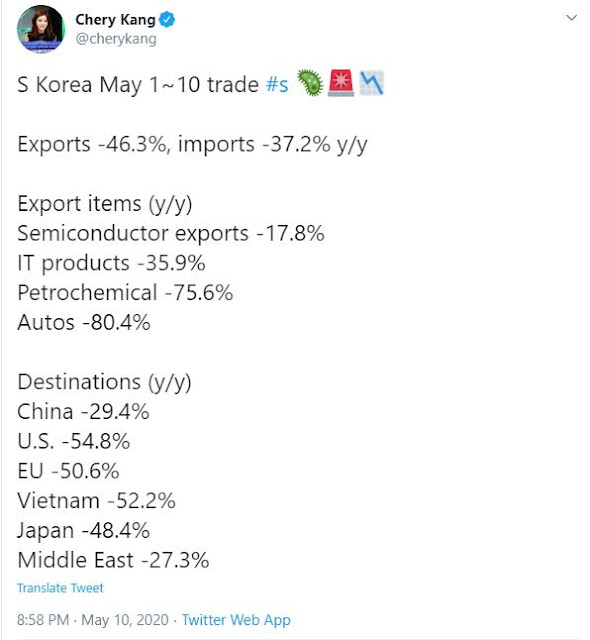 Since China was the first major economy to enter the pandemic crisis, what does that mean for the world, based on a first-in-first-out principle?

As the extent of the COVID-19 outbreak became apparent, Beijing made the deliberate policy decision to shut down the economy. As the pandemic got under control, the next step is economic stimulus.

Bloomberg reported that the PBOC has announced stimulus measures to support China’s economy, but few details were forthcoming:

The People’s Bank of China said it’ll resort to “more powerful” policies to counter unprecedented economic challenges from the coronavirus pandemic, without giving further details on what measures it will use.

The central bank will “work to offset the virus impact with more powerful policies,” paying more attention to economic growth and jobs while it balances multiple policy targets, the PBOC said in its quarterly monetary policy report, released Sunday. It reiterated that prudent monetary policy will be more flexible and appropriate and it’ll keep liquidity at a reasonable level.

The remarks reflect the PBOC’s growing concern over the unprecedented economic downturn and the risk of a second quarter of contraction, given sluggish domestic demand and the collapsing global economy. While the central bank has increased liquidity supply to banks and eased rules on banks’ buffers to allow them to extend more credit, the scale of the stimulus is limited compared to other major economies globally.

The authorities face a dilemma in crafting a stimulus package. Household debt levels are already stretched. Debt service is already at levels seen by US households just before the GFC collapse. The Chinese consumer has little spending power left to support the economy. 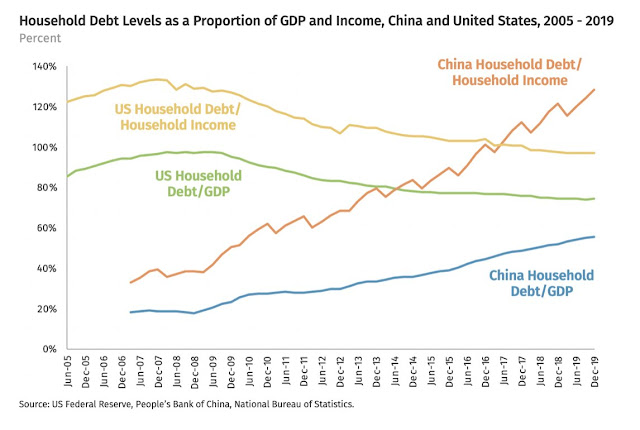 In fact, Chinese discretionary spending has weakened further since the COVID-19 lockdown was gradually lifted. 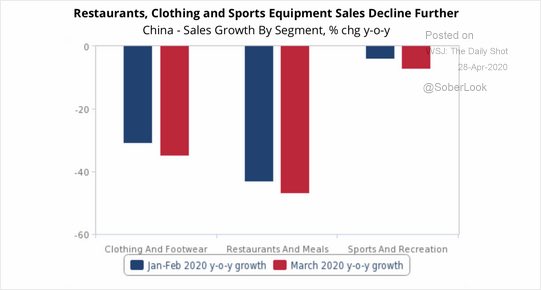 Chinese M1 and M2 growth has ticked up because of stimulus measures. However, growth rates are nowhere near the levels seen in the wake of the GFC shock-and-awe campaign. 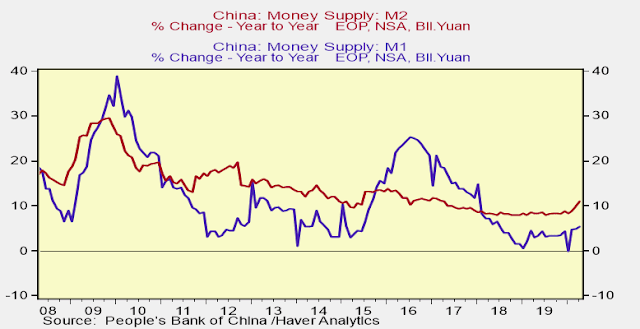 Is Beijing running out of bullets?

The limitations of stimulus

There are severe limits to Chinese stimulus this time, according to Peking University finance professor Michael Pettis. In an interview with Swiss periodical The Market, Pettis warned that hopes of a rapid recovery, led by China, will most likely be disappointed.

A lot of people say Covid-19 has changed the world. I don’t agree with that. I think what it has done is it has accelerated a lot of things that were going on anyway. In the case of China, the elephant in the room is the level of total debt. In my view, the real underlying growth rate of China – by that I mean the growth rate that is not artificially inflated by debt-financed overinvestment – has for years been much lower than the officially stated rate. While official growth was around 6%, I’d say the real economic growth rate was less than 3%. The way they got to the official numbers was through the big increase in debt.

The main obstacle to growth is excessive debt that was accumulated in the last cycle.

What about the other two healthy sources of growth, exports and private sector investment?

Which only leaves the unhealthy sources of growth?

China has a dirty peg to the USD. This raises the impossible trinity problem. You can’t have a fixed foreign exchange rate; free capital movement (in the absence of capital controls); and an independent monetary policy all at the same time.

This is part of the catch with the impossible trinity they’re in. The PBoC has to act with restraint. Remember, they need foreign investment money to flow into China. One way to do that is to keep interest rates high relative to the Dollar and the Euro. And the other way is to limit the volatility of the currency. If you want to attract foreigners, you have to offer them a higher yield, and you have to alleviate their worry of a currency devaluation. So while the Fed reduced interest rates by 150 basis points, the PBoC only reduced theirs by about 20 basis points.

If the PBOC tries to stimulate too much, China risks capital flight. If they allow capital flight, the CNYUSD exchange rate falls, which will exacerbate already tense trade tensions with the US.

That kind of rhetoric from the White House shows that the relationship between the US and China is deteriorating even more. How do you see that playing out?

For at least the past two to three years, my message has always been the same: The relationship between Washington and Beijing is only going to get worse. So, as with other developments, Covid-19 has simply sped up a process that was already in place.

In summary, the policy makers in Beijing are caught between a rock and a hard place. Any stimulus efforts are likely to be small scale and highly targeted.

The market seems to understand the nature of China’s problems. The relative performances of the stock markets of China and her major Asian trading partners against the MSCI All-Country World Index (ACWI) have been unexciting. Relative returns rose starting in mid-February, but most markets gave back most if not all of the relative gains since the global market bottom in late March. 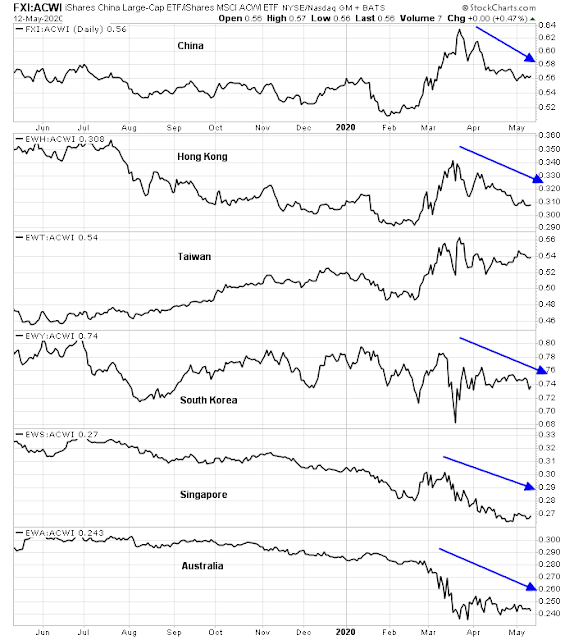 If there is any excitement over the prospect of Chinese stimulus, it can’t be seen in stock prices. This time, don’t count on China to save global growth again.

17 thoughts on “FIFO: Can China save global growth (again)?”