Setting up to climb a Wall of Worry? – Humble Student of the Markets 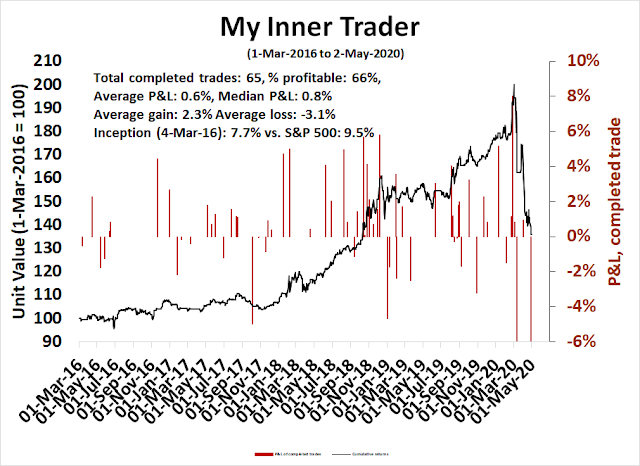 Why is AAII sentiment so bearish? Is that contrarian bullish?

Jason Goepfert at SentimenTrader highlighted how the latest American Association of Individual Investors (AAII) weekly sentiment survey, which showed that bearish sentiment had spiked despite the stock market rally. Readings have become sufficiently net bearish that subsequent returns are bullish. 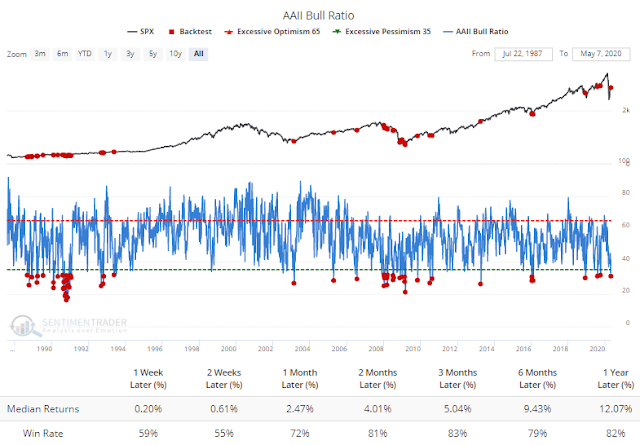 What’s going on? Is the market climbing the proverbial Wall of Worry?

There are a number of anomalous sentiment readings that are inconsistent with the AAII weekly survey. For example, Investors Intelligence is returning to a neutral level after a fear spike and shows no bearish extreme. 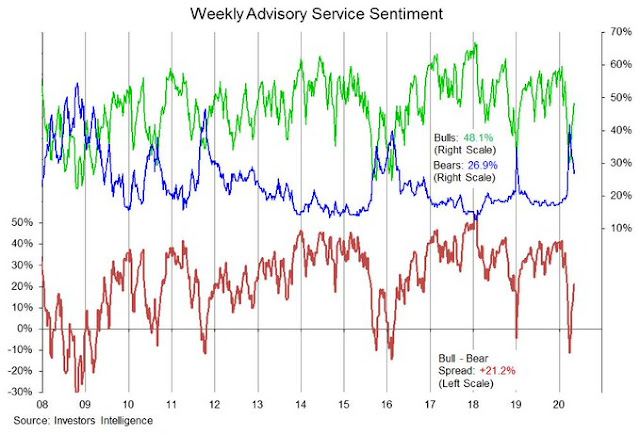 The same could be said of the NAAIM Exposure Index, which measures RIA sentiment. 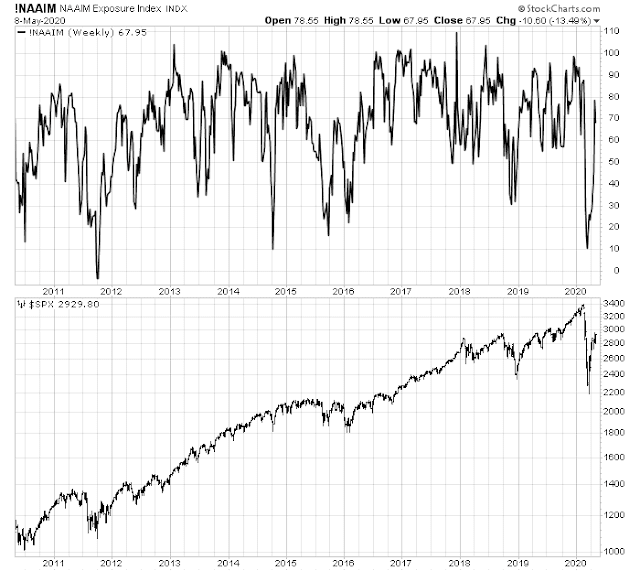 The percentage of Sell Side buy ratings is the highest since June 2015. This is not excessive bearishness, but bullishness.

The equity-only put/call ratio is a bit on the low side. This is an indication of mild bullishness, and nearing a crowded long condition. 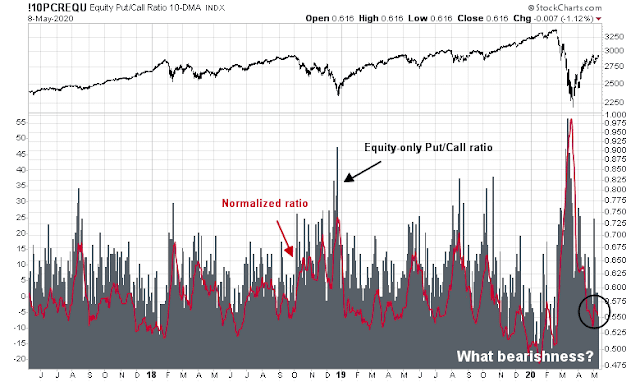 The AAII survey sample is composed mainly of retail short-term traders. If these traders are so bearish, the bearishness is not showing up in Rydex bear fund activity. 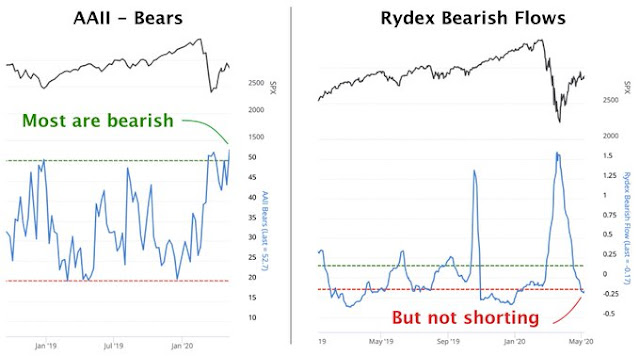 Has something happened to the AAII survey sample? Is the bearishness just a data blip?

No, there is nothing wrong with the AAII sentiment survey. It is doing its job by measuring the activity of retail short-term traders. It’s just that retail traders are dominating market movements in the short run.

Retail brokerage Daily Average Revenue Traders (DARTs) tells the story. Powered by the trend to zero commissions, DARTs have exploded upwards across the board. Here is another crazy anecdote. Robinhood had 10 million accounts by Dec 2019, and it added another 3 million new accounts YTD. 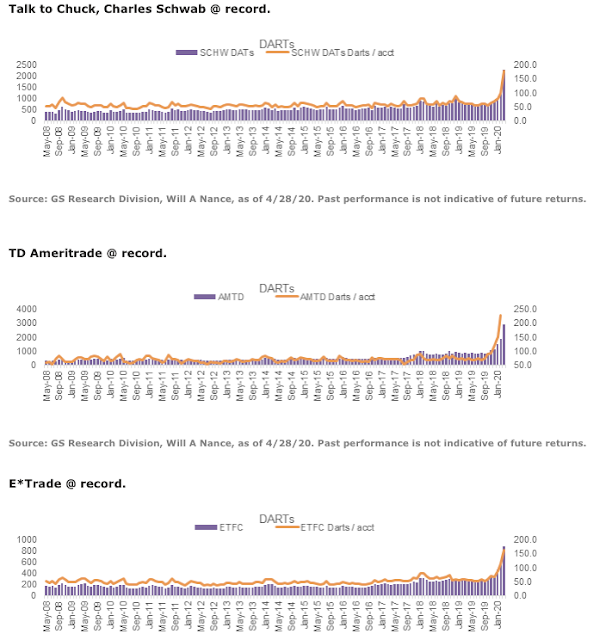 This is starting to be reminiscent of late 1990’s Tech Bubble. The zero-cost (except for bid-ask), high confidence and very low knowledge of markets are fueling a contrarian rally based on excessive bearish retail sentiment. While they are bearish on the economy, retail traders are piling into the technology market leaders as the last refuge of growth. As a result, NASDAQ stocks are now positive YTD.

There are early signs that the bears are capitulating. Callum Thomas conducts a weekly (unscientific) poll on Twitter, and the respondent base is probably similar to the AAII sample. As of the time of this publication, the poll is incomplete, but the interim results indicate that bull-bear spread has begun to reset from a record bearish extreme last week to a more neutral level. 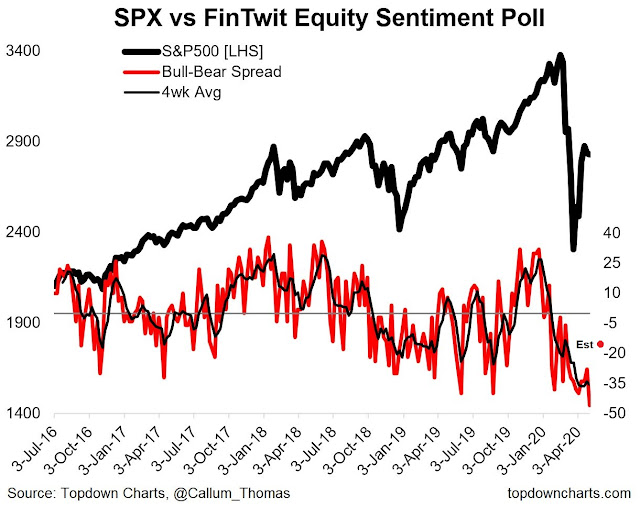 While I have no idea of the exact timing, but the market is setting up for the return of greater volatility. Callum Thomas at Topdown Charts observed that volatility is becoming more volatile. This doesn’t mean that volatility just rises, but it becomes choppier – and so will stock prices. 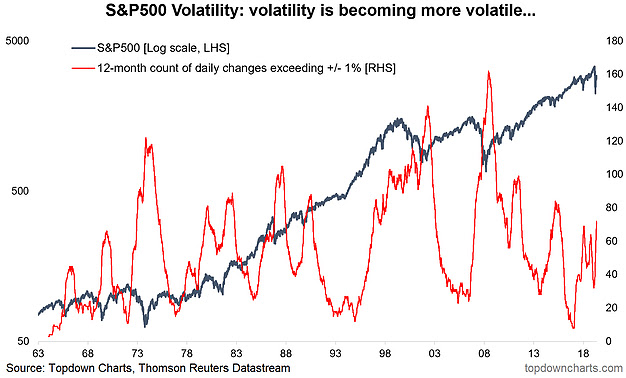 The following chart has a lot of observations to unpack. Here are my main takeaways: 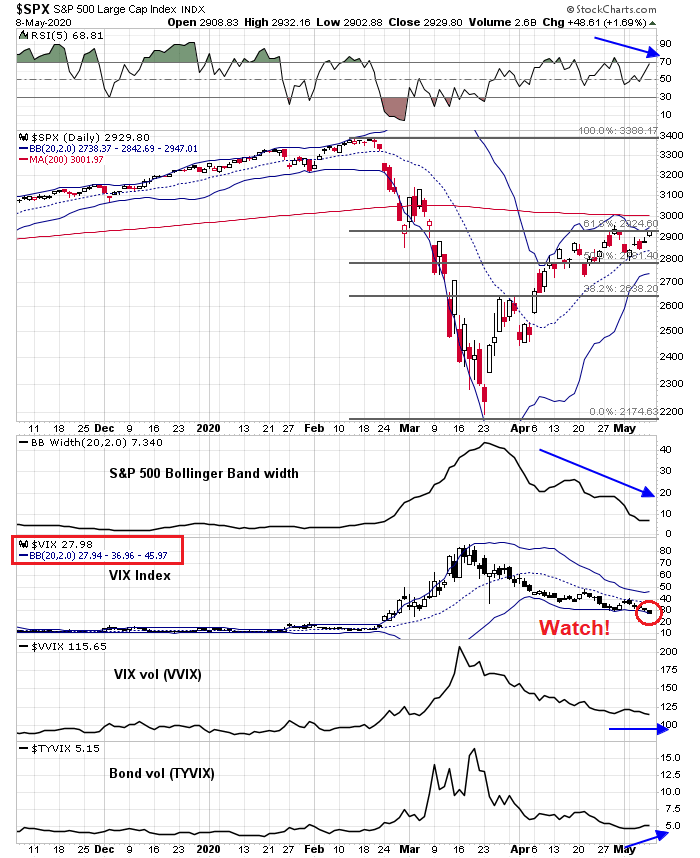 Even as the NASDAQ Index turns positive on YTD basis, broader market indicators such as the Value Line Geometric Index and the NYSE Advance-Decline Line are lagging the broader market advance. This retail supported rally looks like it is on its last legs.

Market breadth is overbought on a 1-2 day horizon, based on the percentage of stocks above their 5 dma. 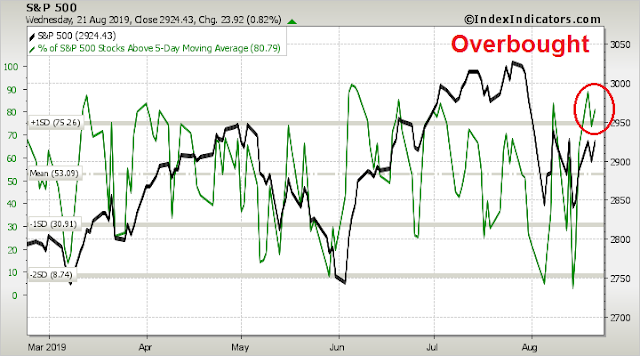 On a longer time frame, however, they have more room to advance based on the percentage of stocks above their 10 dma. 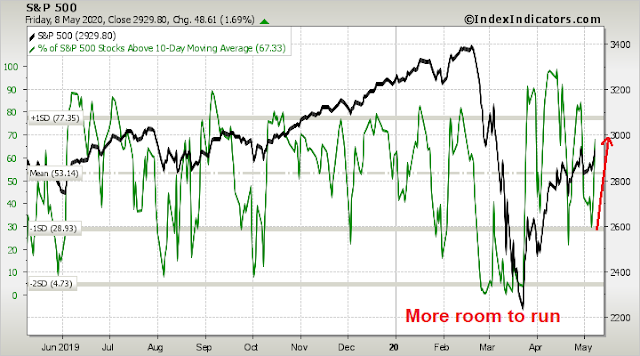 I interpret these conditions as the market nearing an inflection point, but the most likely resolution is a choppy range-bound consolidation until it can find its next major narrative (see What’s the next market narrative?).

From a long-term technical perspective, this is still a bear market. Bear markets are defined by monthly negative MACD readings. While the bull market (buy) signals work better than the bear market MACD sell signals, major bear markets have ended with deeply oversold 14-month RSI conditions, which hasn’t happened yet. 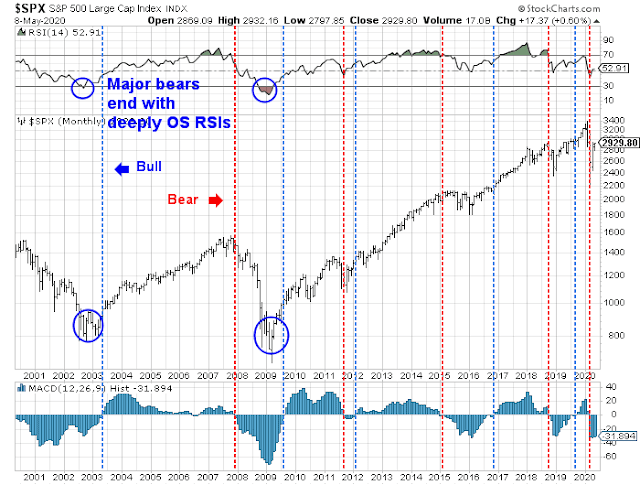 As well, we are entering the “Sell in May” period of negative six month seasonality. Jeff Hirsch at Trader’s Almanac showed what happens when the DJIA can’t even rally in the past “best six months” of the year. The following six months tend to resolve themselves bearishly. 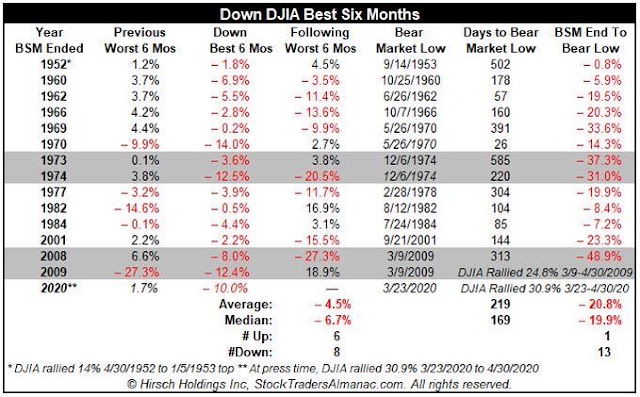 Don’t go overboard and get too bullish.

My inner investor is still cautiously positioned. My inner trader is on the sidelines in cash. However, should the market stage another rally on Monday and the VIX closes below its lower BB, he will initiate a short position, purely on the expectation of a 1-2 day scalp.

28 thoughts on “Setting up to climb a Wall of Worry?”