A clash of sentiment – Humble Student of the Markets

Mid-week market update: What should one make of sentiment readings? Credit Suisse reported that long/short hedge funds are now in a crowded long position: 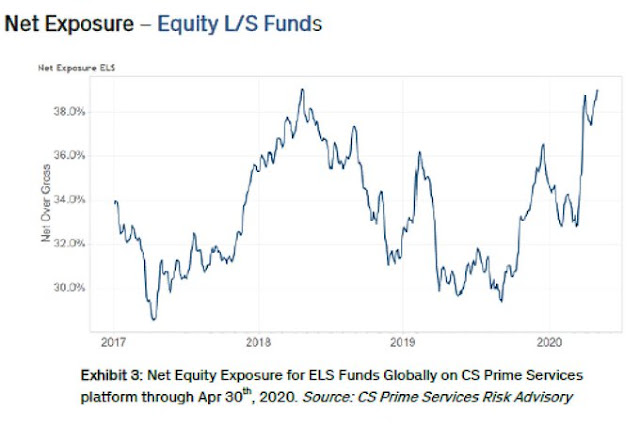 As for macro managers and commodity trading advisors, which mostly speculate with futures, net equity exposure is the lowest in about a year, according to the bank’s data.

As hedge funds can take either long or short positions, I interpret low net equity exposure as a neutral and not bearish positioning. Indeed, CoT reports of large speculator positions in equity futures like the NASDAQ 100 are not extreme. 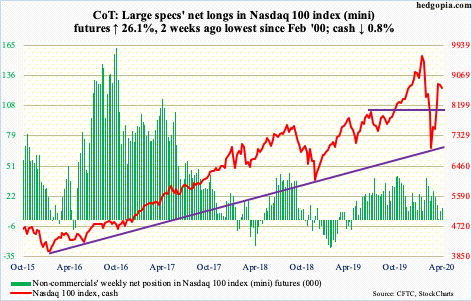 The retail investor is another story. the T-D Ameritrade Investors Movement Index (IMX), which measures the risk appetite of the firm’s retail investors, shows a deeply defensive condition that was only surpassed in late 2011. 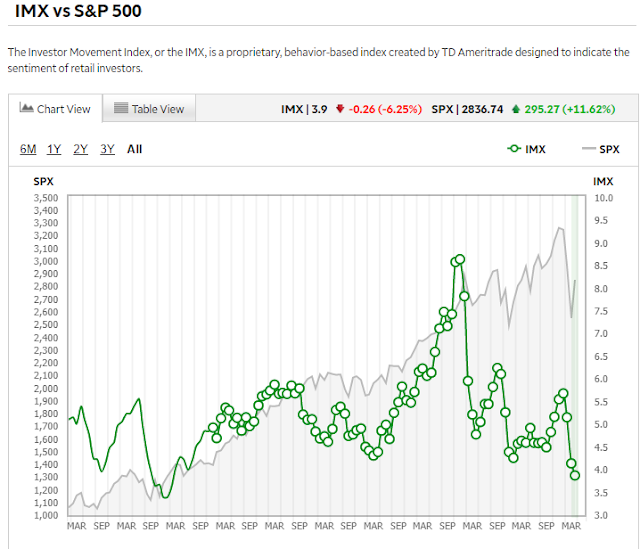 While IMX shows excessive cautiousness, which is contrarian bullish, data from the AAII sentiment surveys are a bit of a puzzle. On one hand, the weekly sentiment survey normalized from a bearish extreme to a slightly bearish, but neutral reading.

On the other hand, a supplemental survey of AAII members of what how they are coping with market volatility shows a bullish bias. 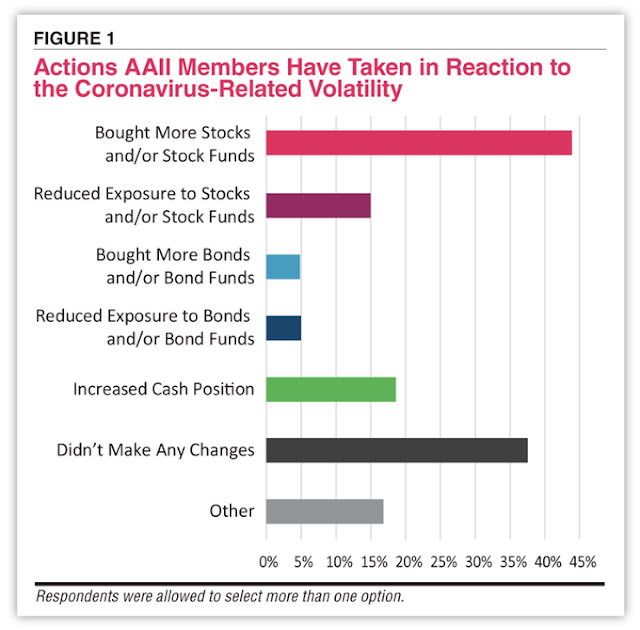 Here is another head scratcher. Callum Thomas’ weekly Twitter poll has moved to an all-time low in net bearishness, despite the market rally. In the past, sentiment has moved more or less in line with price momentum. Not this time. Bearishness has been rising for fundamental reasons, while the technical view has been roughly neutral. 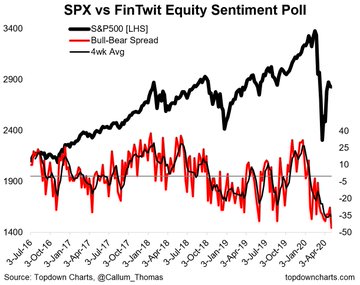 Here is how I resolve the contradictory conditions from the different sentiment models. First, most of the models cited focus on actual positioning, or what different investors are doing with their money. Sentiment surveys, like the AAII weekly survey, are more volatile because it only asks the respondents’ opinions about the market. Opinion surveys are therefore less reliable than positioning surveys.

Sentiment readings are not extreme. While there are some pockets of excessive bullishness or bearishness, market players are diverse and their aggregate views cannot be characterized as extreme panic or greed. However, the bullishness expressed by the AAII supplement survey suggests there is a group of short-term retail traders who were whipsawed by selling out at the bottom, and now don’t want to miss the rally. On the other hand, the record level of bearishness shown by the Callum Thomas weekly FinTwit survey is also likely to put a floor on market prices should the market weaken.

In the short run, my base case scenario calls for a trading range between 2750 to 2950 as the battle of bulls and bears rages on. The S&P 500 breached an uptrend line and started to trade sideways on April 21, and the range-bound pattern is starting to be defined. In addition, the daily stochastic recycled from an overbought condition into neutral territory on April 30, indicating a loss of momentum and the bulls had lost control of the tape, but market’s failure to test the 50 dma is an indication that the bears do not have control of the tape either. 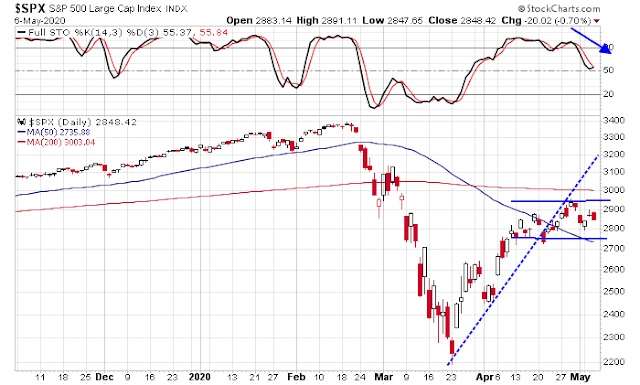 The market became extremely oversold on a 1-2 day time horizon last Friday, and it was not surprising to see price recover. However, the bullish impulse failed soon afterwards, which is supportive of the trading range scenario.

Until we see either an upside breakout or downside breakdown, the current environment calls for a strategy of selling the overbought rips, and buying the oversold dips. As the market is neither overbought nor oversold on a short-term basis, my inner trader is content to stay on the sidelines in wait of better opportunities.

38 thoughts on “A clash of sentiment”