Don’t press your bullish bets – Humble Student of the Markets

Mid-week market update: After yesterday’s downdraft and red candle, the bears must be disappointed that there was no downside follow through. Yesterday’s pullback halted at support, which was a relief for the bulls, but I would warn that the current environment is very choppy, and traders should not depend on price trends to continue.

At a minimum, the bulls should not press their bullish bets.

The current environment can be characterized as a normalization from blind panic. This chart of the spread between the VIX Index and realized 30-day volatility tells the story. In normal times, VIX trades at a slight premium to realized vol, but we are now seeing an off-the-charts spread between the two. The last episode of such a large spread occurred during the bear market of 2008, when market fear levels receded after the initial shock of the crisis. 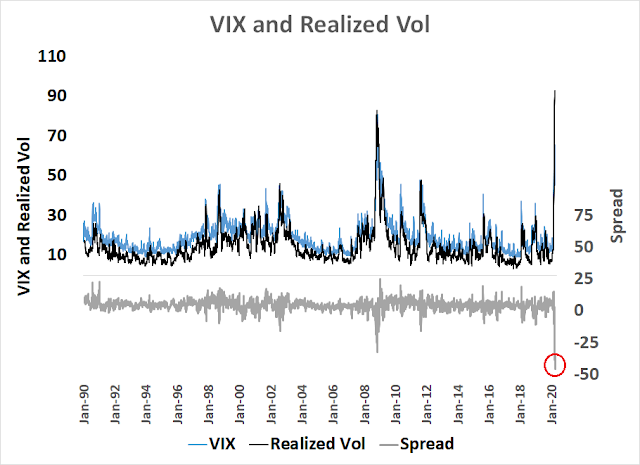 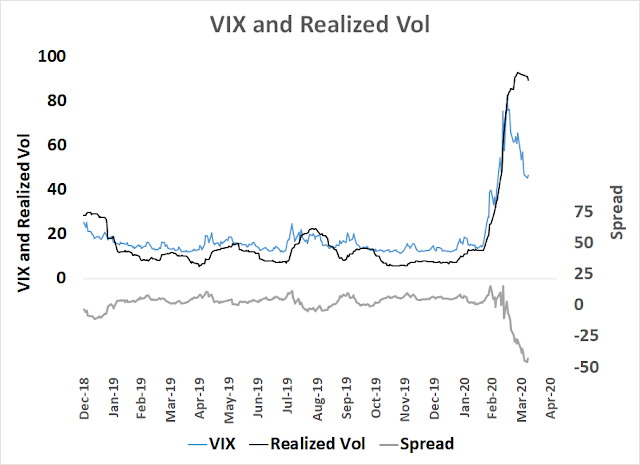 The analysis of other market based volatility indicators tell a similar story. The top panels show that both VIX and TYVIX, which measures bond market volatility, are falling. As well, VXN, which measures NASDAQ volatility, usually trades above VIX because of the riskier nature of NASDAQ stocks, recently fell to a discount to VIX, indicating that VIX may be trading too high and needs to fall further, which is equity bullish. 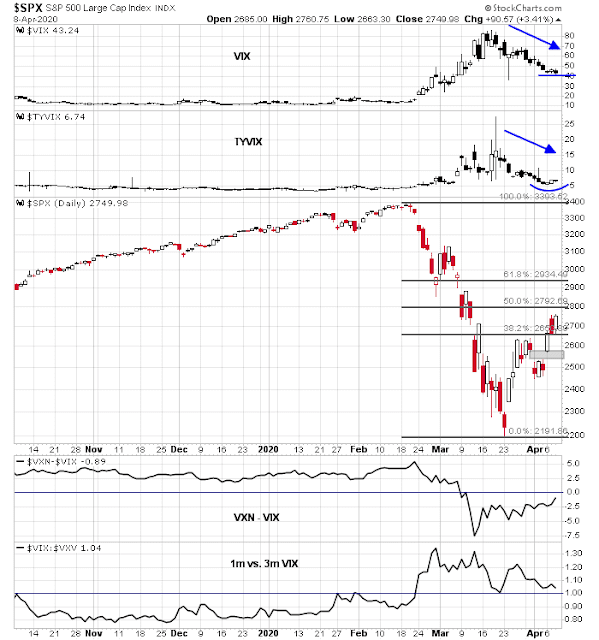 The bears can argue that both VIX and TYVIX seem to be finding a floor. Moreover, the term structure of the VIX (bottom panel) remains inverted, indicating elevated fear levels.

A look back at 2008 yields some clues on how to navigate the current environment of normalization from a panic. While I could not discern any signals from the behavior of VIX and TYVIX during that period, the combination of VXN-VIX and VIX term structure were more interesting. The shaded areas show periods when then VXN-VIX spread was negative, indicating elevated fear levels. During these episodes, rising VIX-VXV spreads, which indicated strong inversions of the VIX term structure, were equity bearish. The two occasions when the the VXN-VIX spread normalized back to positive were equity bullish. 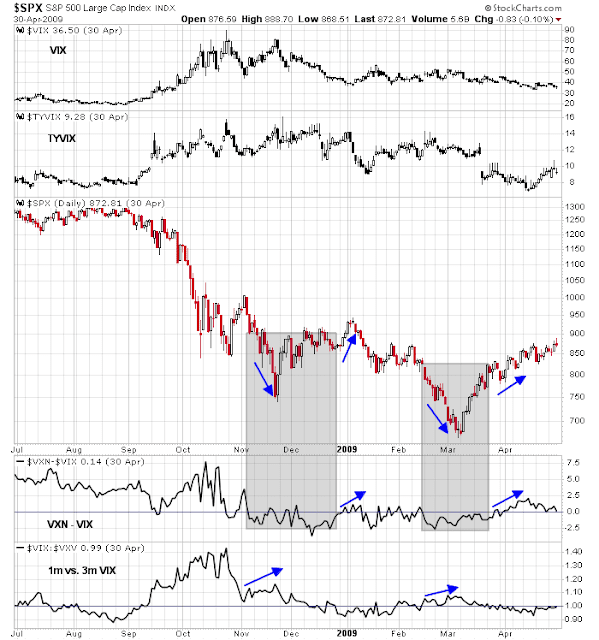 Neither of those signals are in play today.

From a tactical perspective, here are a couple of reasons why you shouldn’t press your long bets, even if your are bullish. First, Alex Barrow at Macro Ops compiled a list of past bear market rallies and found that “median bear market rally lasted 35 days and rose 19%”. The latest rally lasted 12 days (as of yesterday’s close) and the market is up 25%. While there is wide dispersion in the historical results, this study study suggests that the current bear market rally is living on borrowed time. short-term breadth is already overbought, based on Tuesday’s night’s close. While overbought markets can become more overbought, do you really want to play those odds? 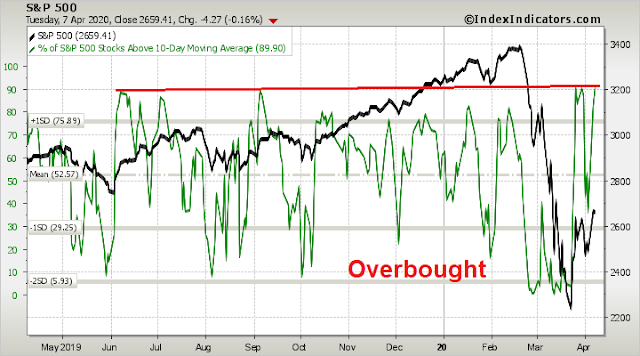 The S&P 500 is nearing resistance at its 50% retracement level of 2780. What’s the short-term upside potential in light of these overbought conditions?

The NASDAQ 100 tested that level yesterday, and stalled.

My inner investor is at his maximum defensive position. If he had not been, he would be taking advantage of this rally to lighten up on his equity positions. My inner trader believes that the short-term risk/reward is tilted to the downside, and he is holding on to his short position.