Waiting for the re-test – Humble Student of the Markets

Mid-week market update: The hourly SPX chart shows that the index rallied strongly on Monday. The rally filled two downside gaps and it is testing the 50% retracement level..

While many of the short-term models are screaming “buy”, there are contrary indicators and models that suggest caution. Even though my inner trader has largely been tactically correct in his trading calls, his head is hurting from the wild swings and market volatility.

Short-term buy signals are popping up everywhere. The VIX Index recycled below its upper Bollinger Band after a four-day upper BB ride. 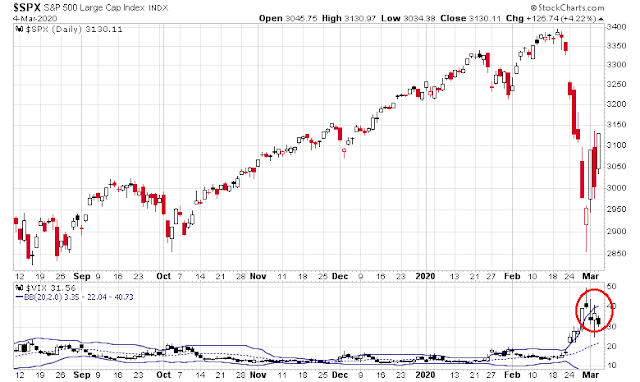 Such episodes of VIX upper BB recycles have historically been bullish. The bottom rows in the table below shows that signal alpha is positive out to five days, and then starts to flatten out. Tuesday was Day 1. 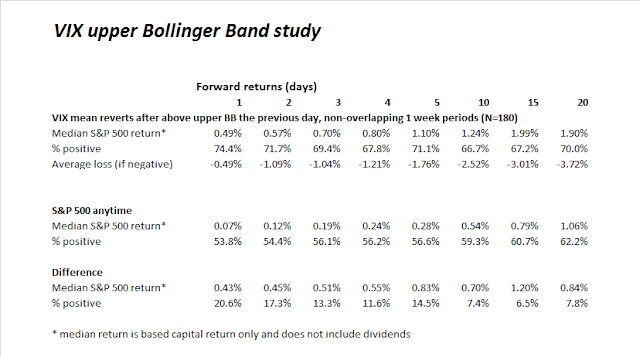 As well, my Trifecta Bottom Spotting Model has flashed a trifecta buy signal. The Stockcharts data feed on TRIN has been inaccurate and problematical. My manual calculation based on WSJ closing data shows a TRIN closed Tuesday at 2.33. The market should be ready to rip upwards. 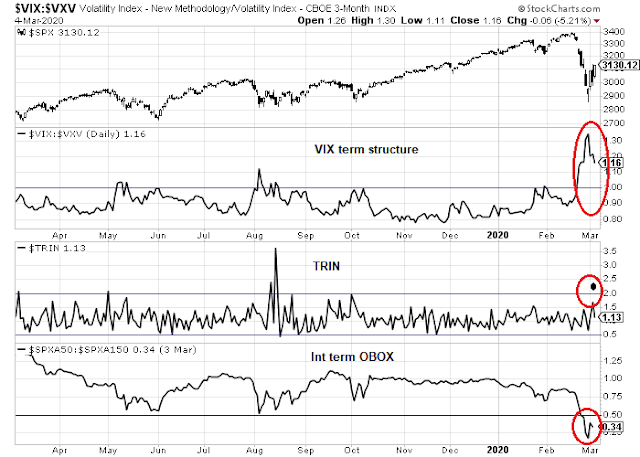 In addition, my Ultimate Bottom Spotting Model flashed a buy signal based on Tuesday night’s closing data. Stockcharts is slow at producing the Zweig Breadth Thrust Indicator, so I created an estimate of my own (bottom panel). Based on last night’s close, the ZBT Indicator was oversold and NYSI was negative – which calls for an intermediate term buy signal. 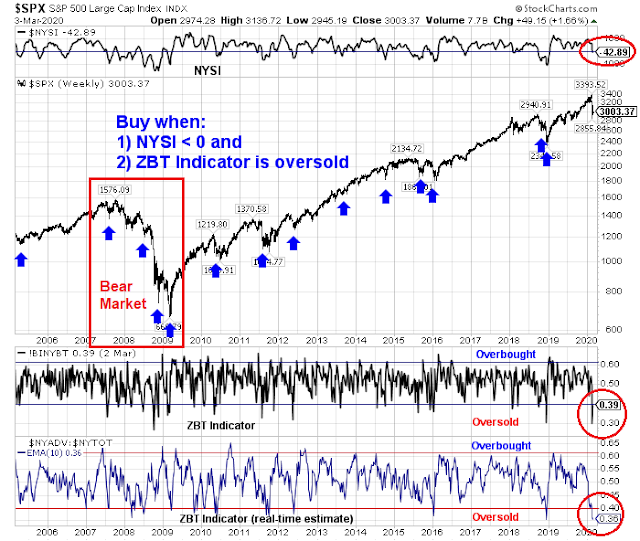 This should all be wildly bullish, right?

The answer is a qualified yes. As the chart of the Ultimate Intermediate Bottom Model shows, the buy signals still marked short-term bottoms during the last bear market. Current market behavior are suggestive that we may be in the first downleg of a major bear.

Exhibit A is II sentiment. While the bull-bear spread is low enough to signal a relief rally, durable bottoms are not made until bearish sentiment (blue line) spikes. 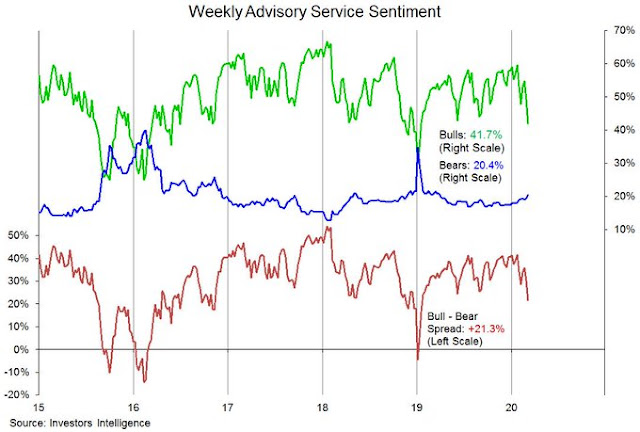 Exhibit B is the 4.3% rally on Monday. Markets generally don’t rally that strongly in bull markets, but these wild swings usually occur in bear markets.

As well, the Federal Reserve announced a emergency 50bp rate cut Tuesday. Emergency rate cuts that occurred between FOMC meetings have historically signaled major dislocations. If the Fed found it fitting to cut 50bp, surely there must be more bad news lurking around the corner. 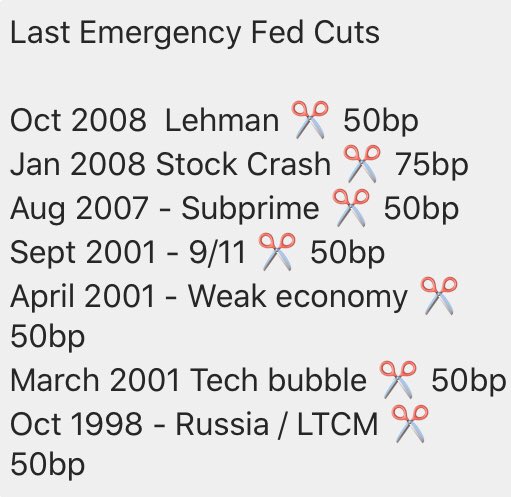 Analysis from Goldman Sachs shows that emergency cuts have not been friendly to stock prices, especially if you look out six months or more.

Which historical studies should we believe? If we were to assume that the global economy is undergoing a major dislocation which requires coordinated intervention, can we really rely on historical studies of signals that are mostly based on what happens during bull markets?

Here is a historical study that may be of value in the current situation. Analysis from ISI/Evercore shows how the market behaved after a 10% weekly correction.

Here are my takeaways from that study:

I therefore expect more short-term choppiness going forward, and a re-test of last week’s lows in the near future. There is no guarantee that the re-test will be successful, but I will be watching to see if we see positive RSI divergences on the re-test. 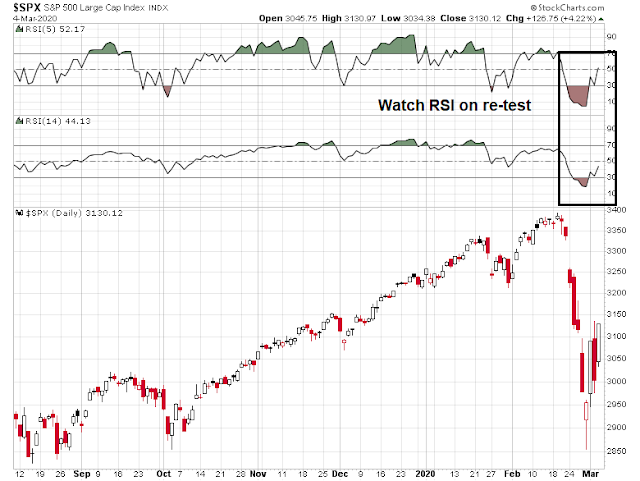 My inner trader’s head is hurting from trying to trade all this volatility. Subscribers received an email alert that he took profits in his long positions yesterday (Tuesday). He is stepping to the sidelines and holding 100% cash in wait of a better trading setup.

10 thoughts on “Waiting for the re-test”