A Chinese glass half full, or half empty? – Humble Student of the Markets

The data points closely watched this past weekend were the releases of China’s Purchasing Manager Index (PMI) readings. On Saturday, China reported that its February manufacturing PMI had missed expectations and skidded to 35.7, and services PMI also missed and printed at 29.6. Both readings were all-time lows. 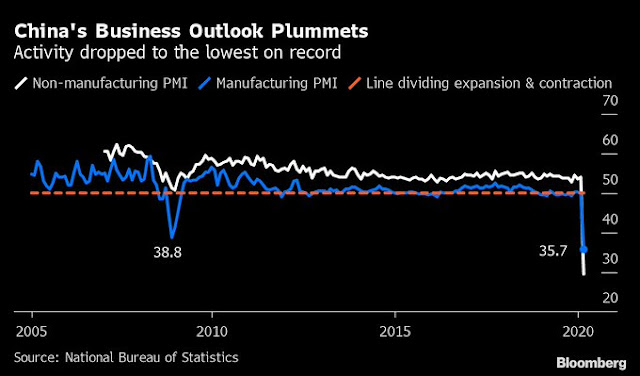 The Caixin private sector PMI also fell to an all-time low on Monday. 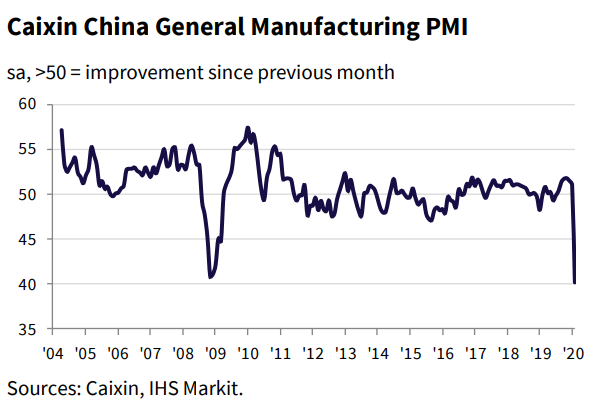 Was these misses surprises? Yes and no. They were surprises inasmuch as the market partly expected the authorities to manipulate the numbers and report a less severe downturn. They were no surprise as the Chinese economy was obviously very weak in the wake of the COVID-19 coronavirus epidemic gripping the country.

On the other hand, there was emerging evidence that China is returning to work. The Credit Suisse estimates of China’s labor utilization rate has been rising. 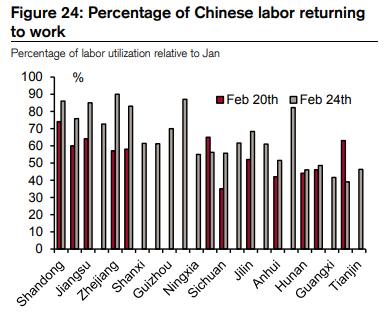 A Marketwatch interview with Leland Miller, the CEO of China Beige Book (CBB), indicated that CBB’s bottom-up surveys found that China’s weakness is worse than reported, but the situation is improving.

MarketWatch: What does China’s economic situation mean for the rest of the world – markets, economic growth, supply chains, and so on?

Miller: I would expect the data to get better if only because in March you’ll see firms back to work and the outbreak will hopefully be less terrible. Conditions — and data — should improve. But the implications of data anywhere near this bad is: China is an important cog in the supply and demand chains of the world. Globalization runs through China. Car factories around the world can’t build their cars because they can’t get their inputs from China. China buys a lot of commodities — oil and so on. Even if the outbreak can be contained, which doesn’t look like it, the economic impact can’t be.

As well, the fine print buried in the Saturday PMI report was a survey question for firms which asked when they expect to be back in business. 90.8% by end of March. But then, the Street expected China to be fully back to work by the end of March.

Is the glass half full, or half empty?

You can tell a lot about market psychology by observing how it responds to news. This news could be interpreted in both bullish or bearish ways. Notwithstanding how equity markets have behaved overnight and before the New York open, the more important barometer of sentiment on China is how its currency behaved. The offshore yuan (USDCNH) strengthened after the market opened at the Asian open, and it has remained strong. 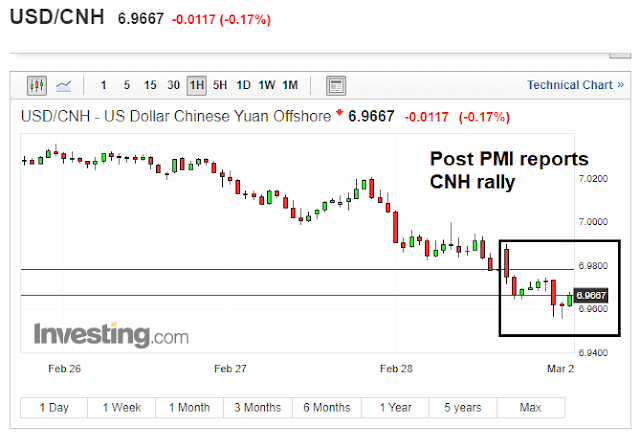 The market thinks the glass is half full. Risk on (at least for now)!

11 thoughts on “A Chinese glass half full, or half empty?”