In search of a market bottom – Humble Student of the Markets

Mid-week market update: After two consecutive days where the market was down over 3%, I am seeing numerous statistical studies that suggest either an imminent oversold bounce, or a sentiment washout. One example is this analysis from Nomura, as published by Marketwatch. 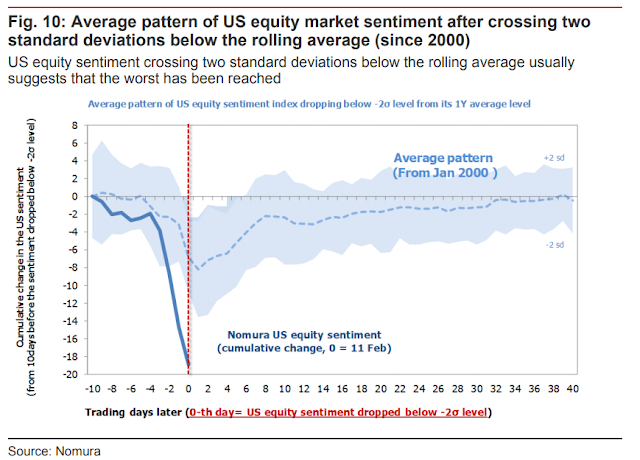 Has the sell-off bottomed?

There are two answers to that question, depending on the time horizon. From a short term perspective, subscribers received an email alert last night that my inner trader was closing his short positions, going to 100% cash, and stepping to the sidelines. My Trifecta Bottom Spotting Model had flashed an exacta signal. The only element that is missing is a TRIN spike over 2, indicating price insensitive market clerk selling that characterizes a washout bottom. Nevertheless, exacta signals have been flagged short-term bottoms in the past. 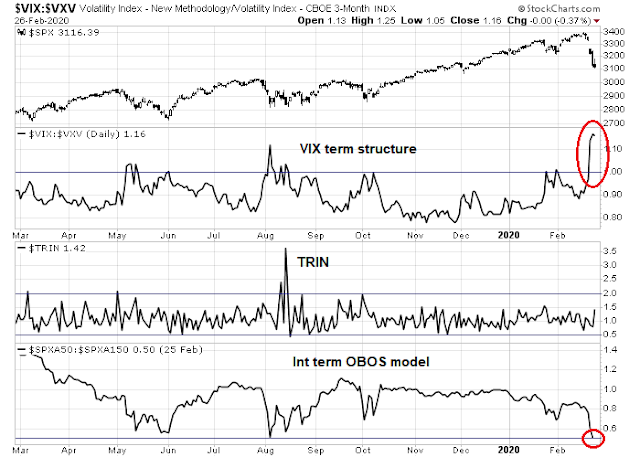 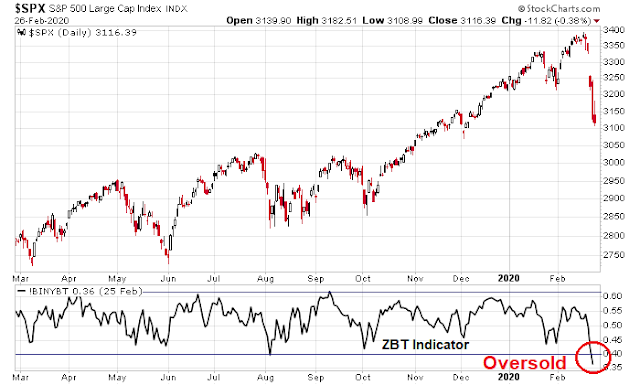 While a short-term bottom may be at hand, the intermediate term outlook is less certain. I had highlighted the failure of the Fear and Greed Index to fall below 20, which is the typical precursor for a durable bottom (see A panic bottom?). The index fell to 21 yesterday and readings have stalled. We are not there yet. 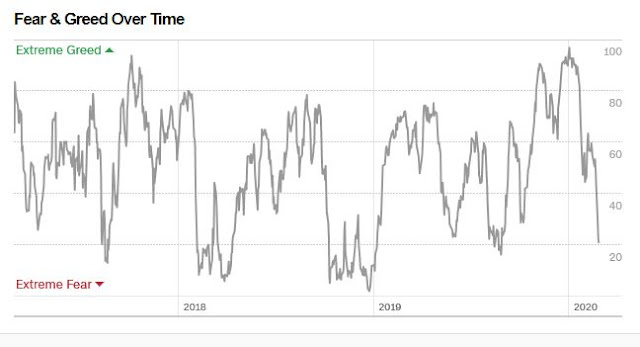 This tweet from SentimenTrader also puts this week’s price cascade into context. While the sample size is very small (n=2), it nevertheless represents a sobering reminder that the sell-off may not be over yet. 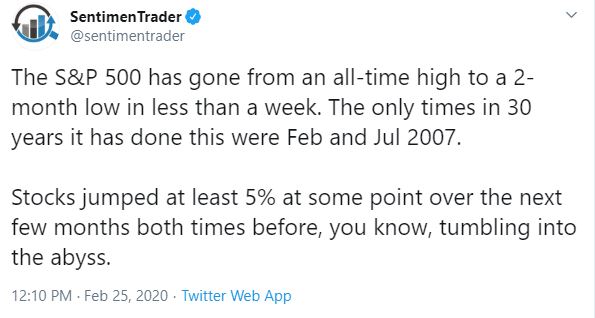 My base case scenario calls for some sort of tradable bounce to start this week, but the market’s anxiety over the COVID-19 coronavirus outbreak is likely not over. The stock market will undergo a period of choppiness for the next few weeks, and possibly months, before a durable bottom can be made. As well, the market is trading at a forward P/E of 17.5, which is more reasonable multiple, but it is nevertheless high by historical standards.

This analysis leads me to introduce my “Ultimate Intermediate Bottom Spotting Model” with an accuracy rate of 86% over the last 15 years. In the last 15 years, the market has not seen a decent bottom unless both the NYSE McClellan Summation Index (NYSI) is negative and the ZBT Indicator is oversold. There were only two failures (red arrow), which occurred in 2008 and 2018. In both cases, the model flashed buy signals and the market duly stabilized, but rolled over to an ultimate bear market bottom later. In both of those cases, those failures were followed by subsequent timely buy signals. 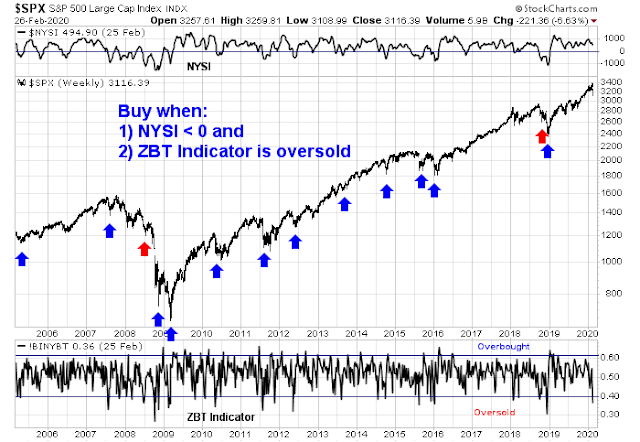 The NYSI is still in positive territory today. If this is a major market downdraft, which I believe it to be, then I would wait for both conditions to be satisfied.

My inner trader took profits in all his short positions today and he is stepping to the sidelines. There is no shame in taking a substantial profit when you don’t think you have an edge. While more nimble traders could buy for a bounce here, he believes that the primary trend is down, and he would rather re-enter his short position at a higher level rather than expose himself to headline risk.

46 thoughts on “In search of a market bottom”