Mid-week market update: One of the investing puzzles that has appeared in the last few months is the mystery of small cap underperformings. The USD Index has been strong over the last three months, which should create an earnings headwind for large cap multi-nationals with foreign operations. Instead, the relative performance of megacaps have been flat to up over this period, while mid and small cap stocks have lagged. 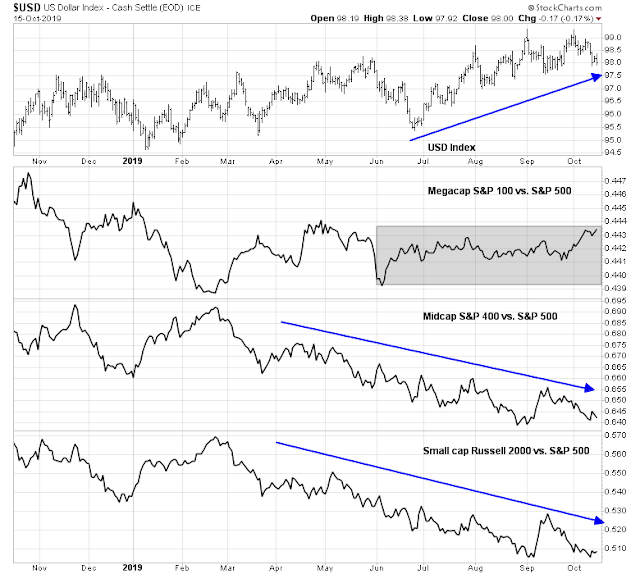 I unravel performance at a sector level, and discovered some unexpected insights about possible market direction.

Not all stock indices are created equally. Here are the sector weights of large and small cap indices, sorted by large cap sector weights. 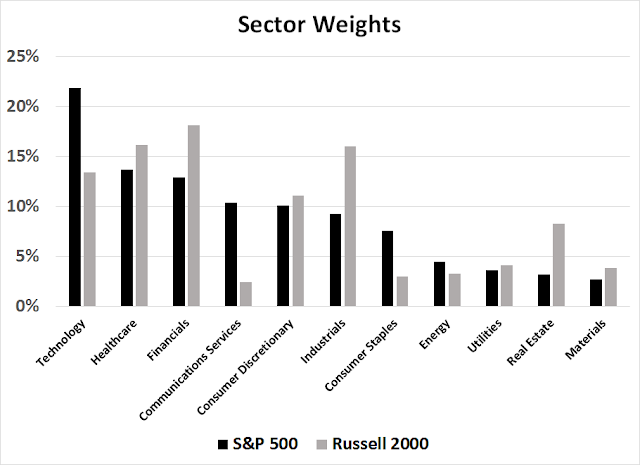 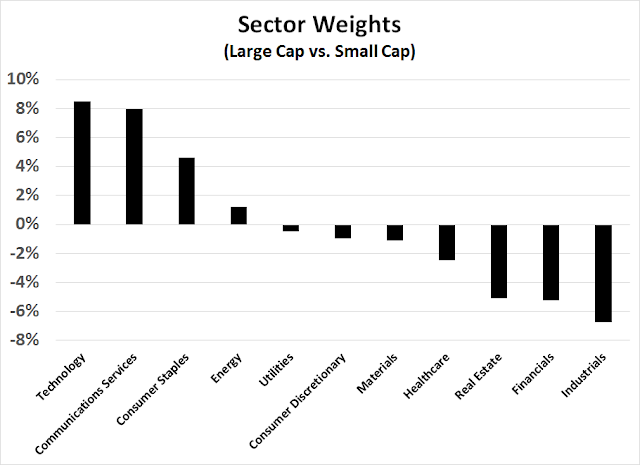 I went further by charting the relative performance of each sector to analyze both the sector effects and size effects, starting with the heaviest large cap sector and going to the smallest. In some cases, the analysis was not possible as there was no corresponding small cap sector ETF (Communications Services and Real Estate), but these sectors comprised very small weights in the Russell 2000 and therefore they were irrelevant to any conclusions that can be made. One of the reasons technicians use breadth analysis is to see what the broader market (troops) are doing, and not the heavyweights (generals). In principle, small cap sector analysis therefore yields a better picture of sector strength without the influence of megacap stocks, which can exhibit their own idiosyncrasies.

As the chart shows, technology stocks ahve been on a tear for most of this year, irrespective of market cap. While small cap technology has underperformed large caps technology for 2019, their relative performances have been roughly flat over the last 3-4 months. 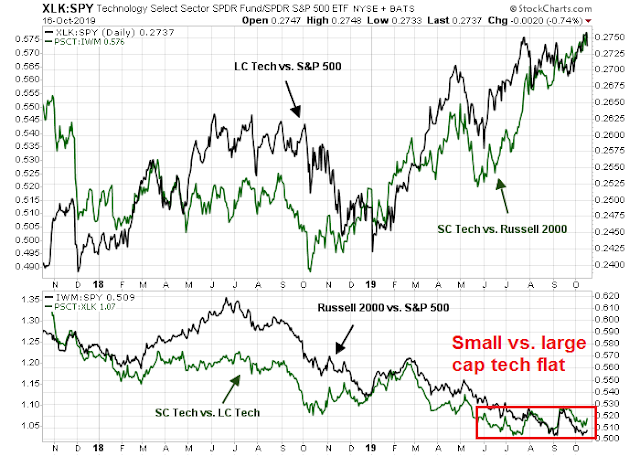 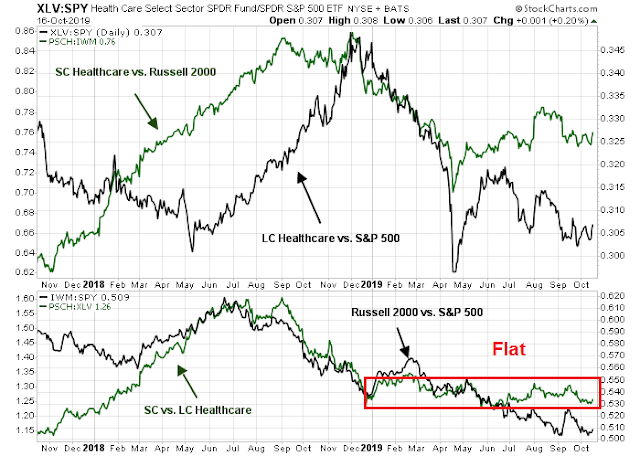 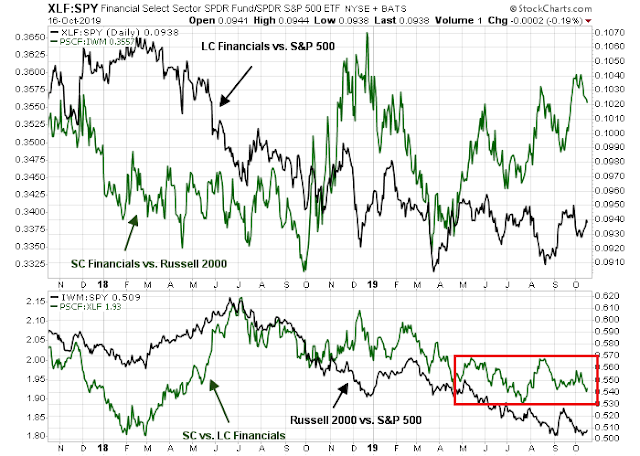 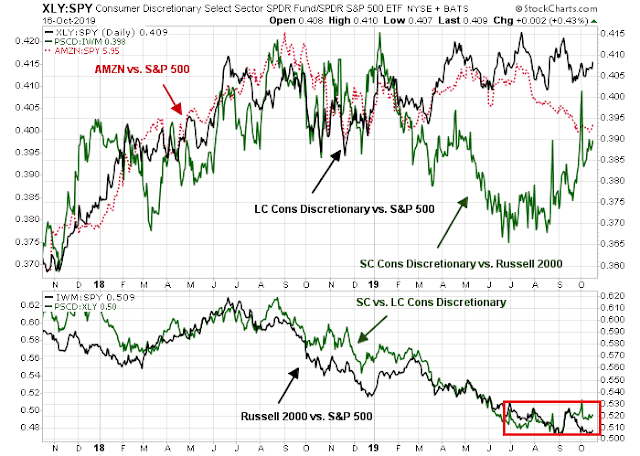 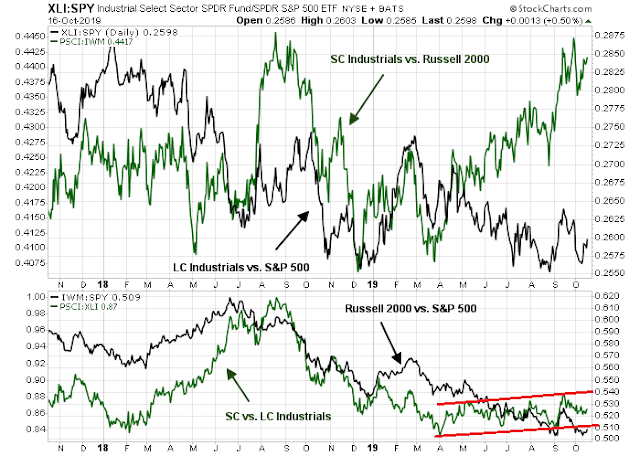 Consumer staples stocks offer another hopeful sign for the bulls. When market participants stampeded into large cap consumer staples for their defensive characteristics, small cap staples did not perform as well (top panel), and small cap consumer staples continued to lag their large cap counterparts during the same period (bottom panel). The action of small caps could be interpreted as a non-confirmation of the bearish caution that had been in evidence since the market began to consolidate sideways in the past few months. 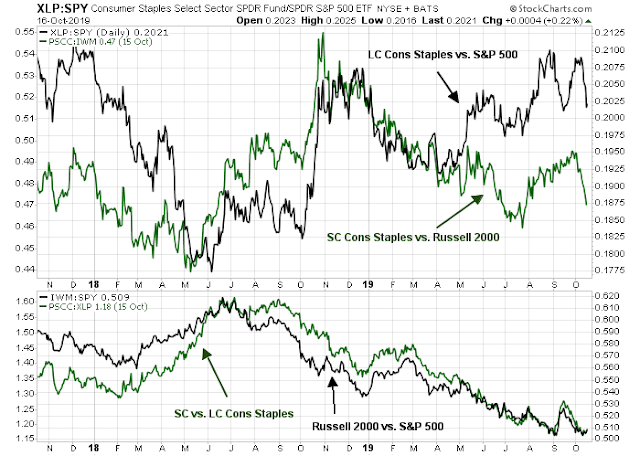 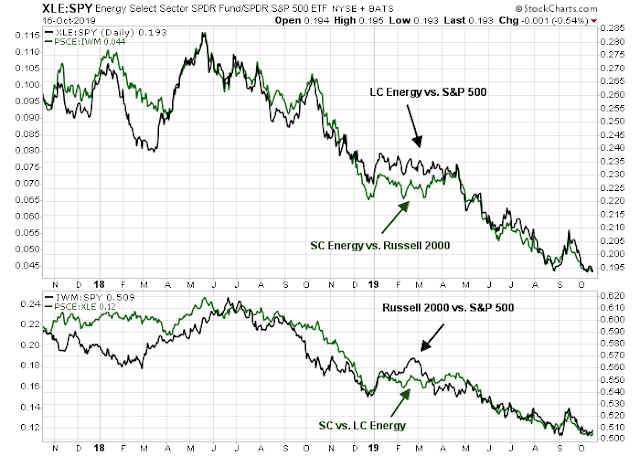 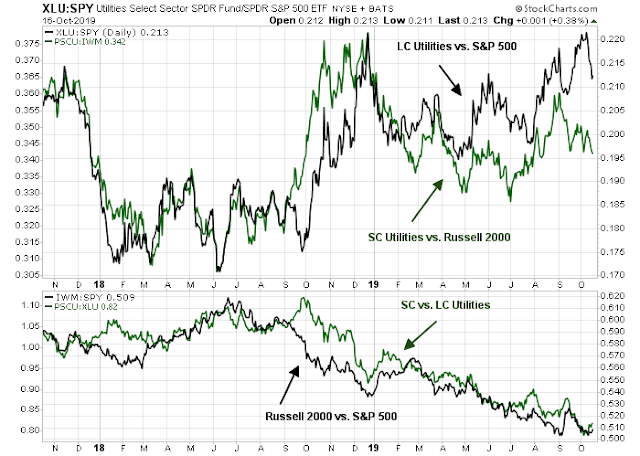 Finally, the analysis of materials stocks yield few investment insights. The performance of both large and small cap material stocks were roughly flat with their respective indices. The weight of this sector is relatively small and has little impact on overall market performance. 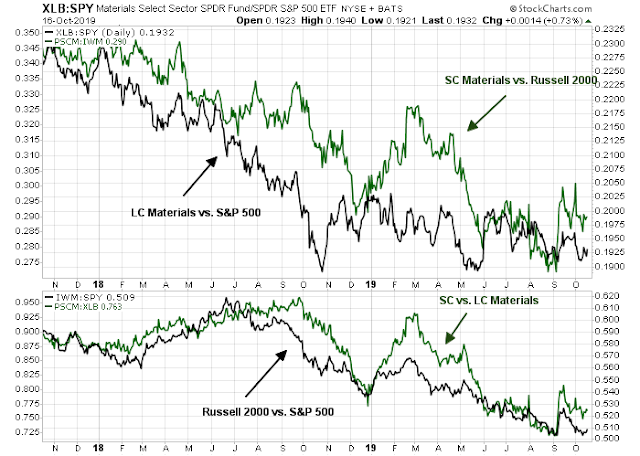 As well, I wrote on the weekend that, in order for the market to sustain a rally, a majority of the top five sectors that comprise nearly 70% of index weight have to show better relative performance. That seems to be happening, but these are only “green shoots” that have lasted a few days, and market action during earnings season can be volatile. 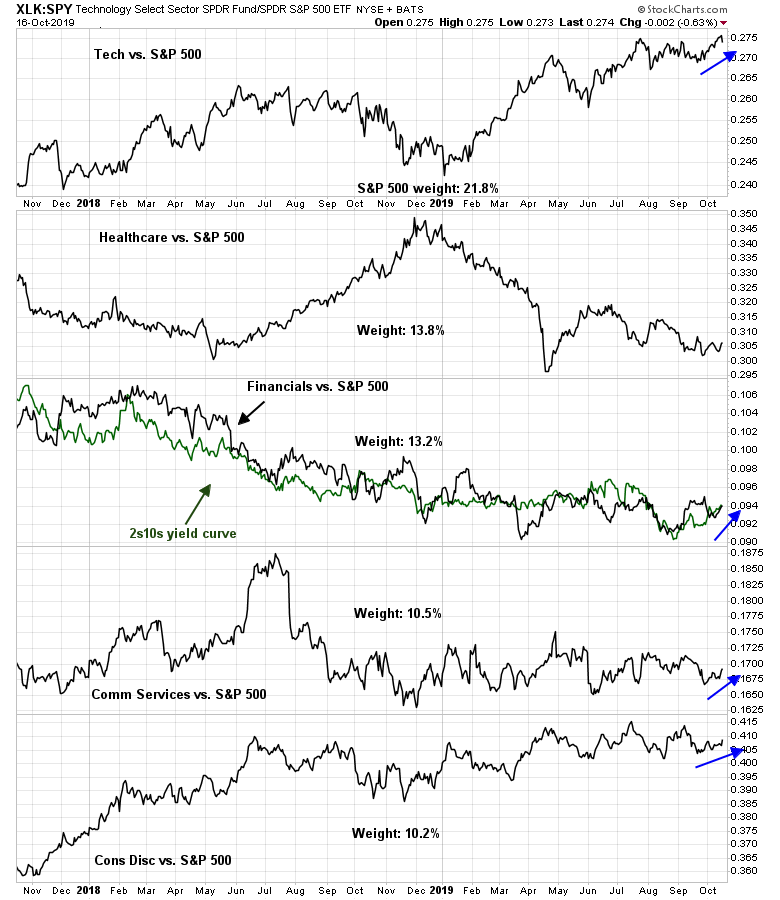 Despite all this, my inner trader isn’t quite ready to throw in the towel on the bear case just yet. Here is the final test. There are some ascending triangles that are evident in the SPX and NDX. They will resolve themselves soon in the next few days by either breaking up, or breaking down. 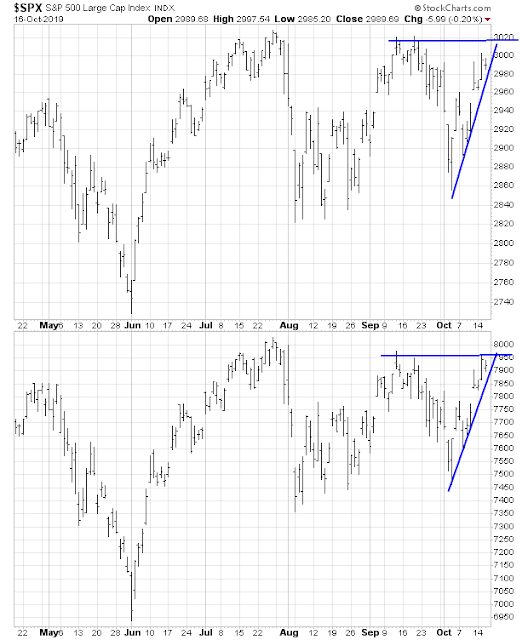