No, the “moment of truth” in the title has nothing to do with the preliminary trade deal announced by Trump last Friday. I have been showing concerns for some time about the market`s valuation. Based on Friday`s close, the market was trading at a forward P/E ratio of 16.9, which is above its 5-year average of 16.6 and 10-year average of 14.9. 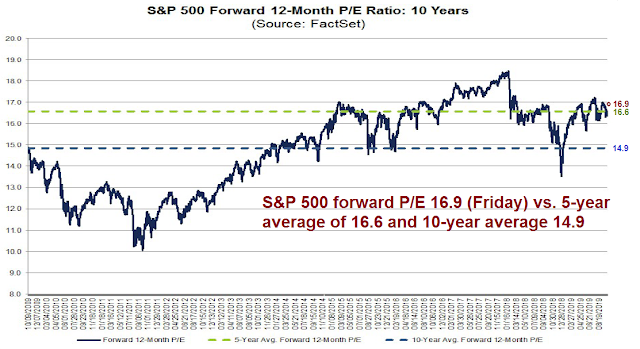 If stock prices were to advance from current levels, the E in the P/E ratio has to improve. Earnings Season starts in earnest this week as the big banks begin reporting tomorrow. That’s the “moment of truth” for stock prices.

Are expectations too low?

Brian Gilmartin, who has been monitoring market earnings at Fundamentalis, thinks that “expectations seem far too subdued and pessimistic” after companies guided EPS estimates lower for Q3. However, he does believe that he needs to see EPS growth rate estimates rise from current levels.

As was covered yesterday in a broader blog post on sentiment around Q3 ’19 SP 500 earnings before the first full week of reporting begins, expectations around Q3 ’19 SP 500 are quite low – which per Bespoke – is a good sign for a positive return for the SP 500 for the 4th quarter.

That being said, as the reader will see with the following metrics, the one metric I’d like to see start to rise is the growth rate of the “forward 4-qtr estimate”. 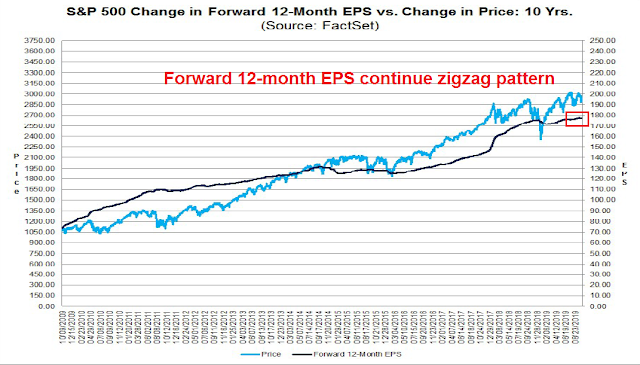 The stagnation can also be found in the bottom-up derived 12-month S&P 500 target, which stands at 3321. However, the recent history of the target also shows a flattening pattern over the last few months, which is in line with the evolution of forward 12-month EPS estimates. 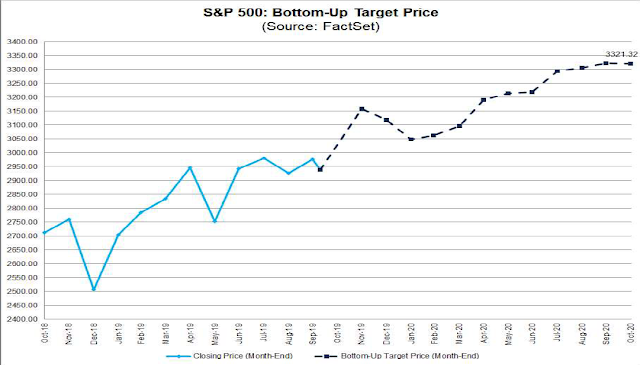 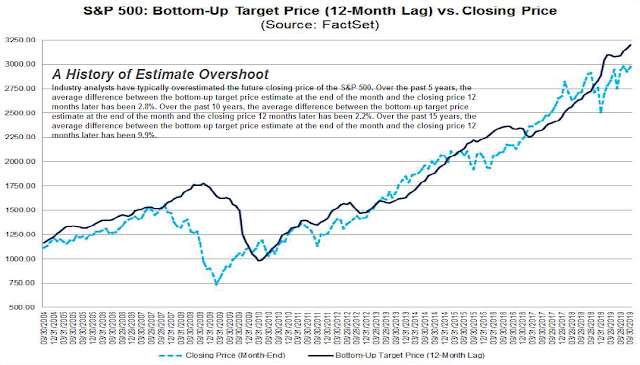 Who is right? Brian Gilmartin, who believes that expectations are too low, or the recent historical record of excessive overshoot?

The bulls are charging uphill

I don’t know. What I do know is the bulls are charging uphill. The forward P/E ratio is already elevated at 16.9. This is the equivalent of needing to score a touchdown with the clock running out while starting at your own 20 yard line. At lot has to go right.

The signals from insider activity have not been helpful. This group of “smart investors” are not exhibiting the kind of buying clusters when buys (blue line) have exceeded sales (red line). This does not mean, however, that the market is destined to fall. Insider buying can be a somewhat effective buy signal, but excessive selling has not been actionable sell signals. 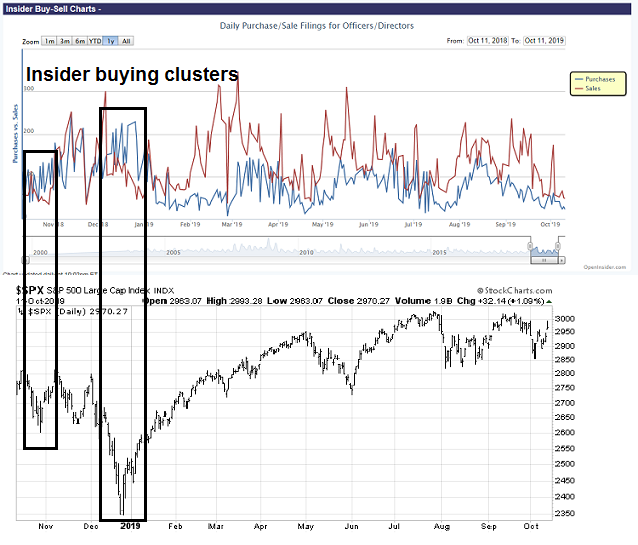 As well, the market will have to evaluate the impact of the preliminary trade deal on the earnings outlook. Are the changes enough to move the needle on estimates, or improve business confidence sufficiently to lift the cloud of uncertainty that companies are willing to invest, and hire new workers? As a reminder, a recent Fed study concluded that trade related uncertainty was on course to reduce GDP growth by about 1%. 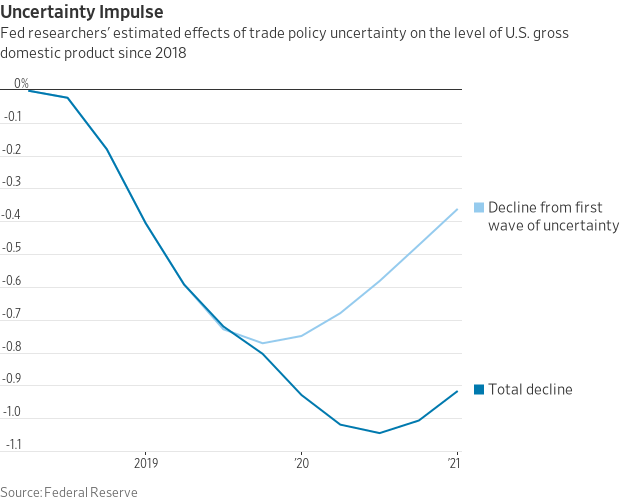 Stay tuned. That’s why this week is the “moment of truth” for the markets, and it begins tomorrow starting with the banks.

4 thoughts on “A moment of truth for the stock market”