A predictable no surprise market – Humble Student of the Markets

Mid-week market update: Subscribers received an alert last Friday that I had turned tactically cautious on the market. So far, this has been a fairly predictable market with few surprises.

Rob Hanna at Quantifiable Edges documented how stock prices have been during FOMC days when the SPX closed at a 20-day high the day before. That’s because the market had risen in anticipation of a positive announcement from the Fed, and the reaction is at best a coin toss. 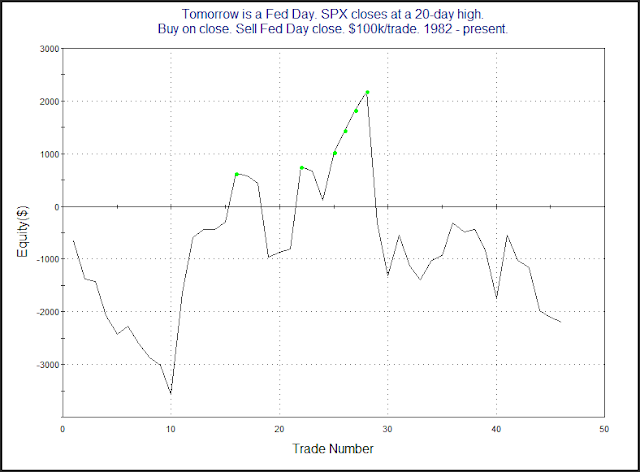 Today’s roller coaster market action was no surprise. That said, the late day rally was likely sparked by a misinterpretation of Powell’s comment about the balance sheet which traders took to mean another round of quantitative easing is imminent. . As a reminder, “organic balance sheet growth”, which is the term Powell used, is not quantitative easing.

Market internals are not supportive of further strength after the recent upside breakout from resistance. I had observed that the relative strength of the top 5 sectors are trading heavy. Of the five, only one (financials) is displaying positive relative performance, and since that sector`s relative returns have been highly correlated with the 2s10s yield curve, financial leadership was no surprise. That said, today’s flatten the yield curve market reaction will create some headwinds for this sector. Overall, 3 of the other 5 sectors are underperforming, with one (healthcare) possibly stabilizing. Since these five sectors comprise just under 70% of total index weight, it is difficult to envisage how the market could rise on a sustainable basis without the bullish participation of a majority of them. 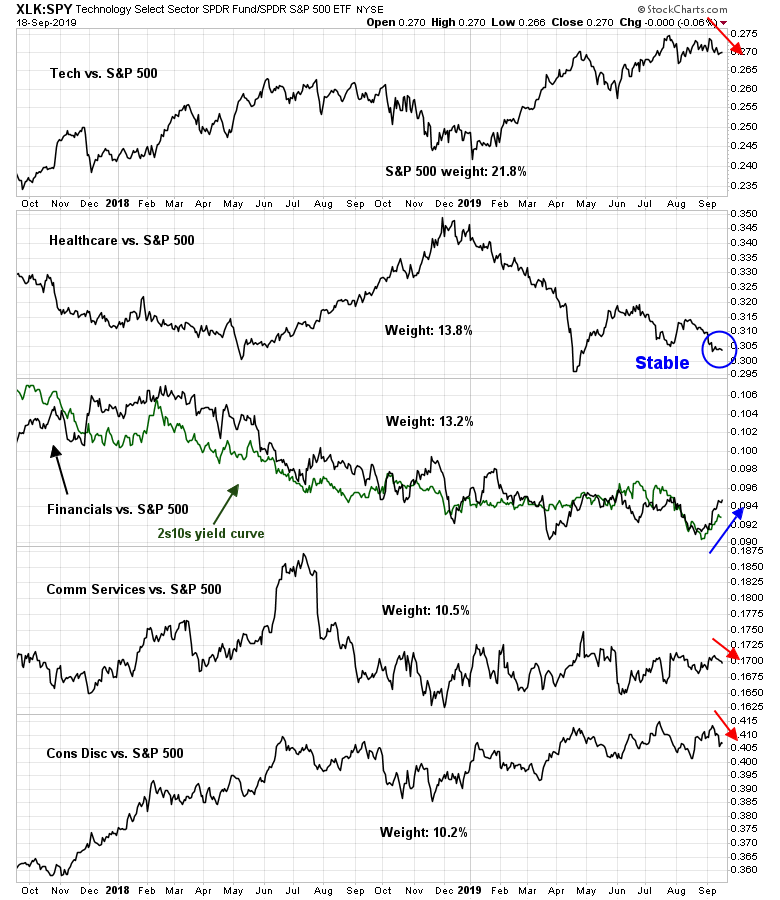 In addition, the VIX Index is also setting up for a volatility spike. In the past, oversold readings on the 5-day RSI have been setups for a rise in the index, and RSI recycled from oversold to neutral on Monday. The near-term upside target for the VIX is 17.5 to 19.5. As stock prices tend to be inversely correlated with volatility, this is a bearish signal for equities. 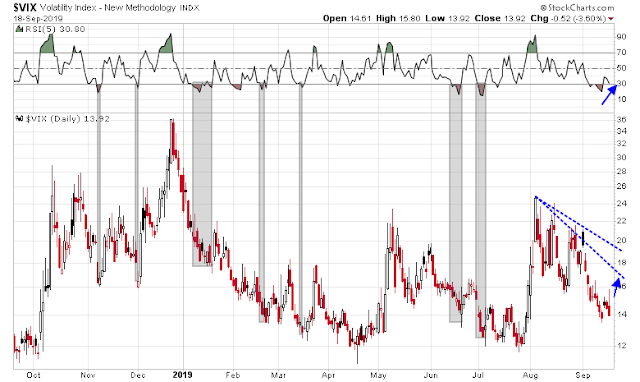 While the bulls have pointed to the new highs reached by the NYSE Advance-Decline Line, other internals are flashing cautionary signals. The net new highs for the NYSE, SPX and NDX are all showing patterns of lower highs and lower lows even as the market broke out. 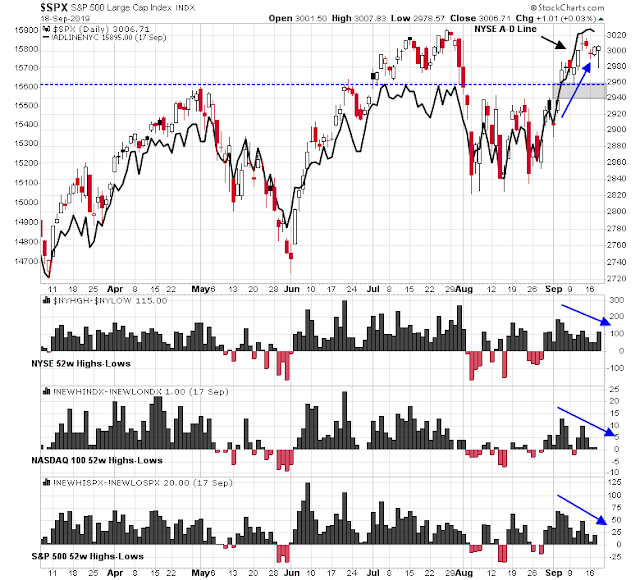 So far, these are not surprises. The universe is unfolding as it should. The only question is whether support at 2960 holds, and whether support breaks, which fills the the gap at 2940-2960.

Lastly, I would point out that the latest update of II Sentiment shows that net bulls and bears have recovered to levels that are nearing bullish excesses. This is another sign of a setup for a short-term downdraft. 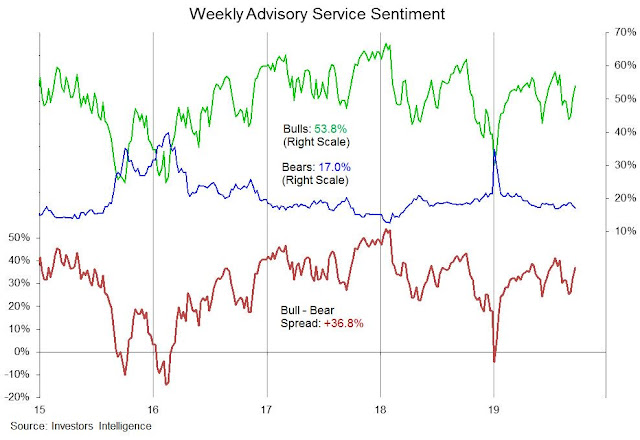 My inner investor remains cautiously positioned, and he is underweight equities relative to his investment targets. My inner trader initiated a small short position last Friday.

8 thoughts on “A predictable no surprise market”