The Brexit headlines look dire and Apocalyptic. The Sunday Times published the leak of Operation Yellowhammer, which was the UK government’s base case plan for a no-deal Brexit. 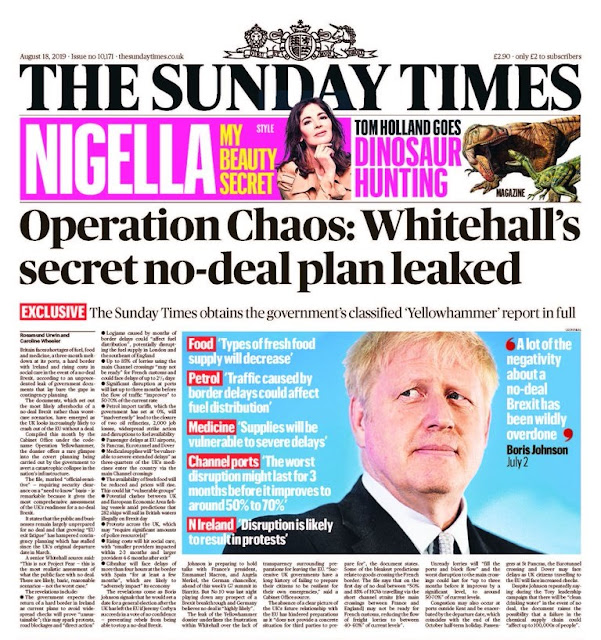 Britain faces shortages of fuel, food and medicine, a three-month meltdown at its ports, a hard border with Ireland and rising costs in social care in the event of a no-deal Brexit, according to an unprecedented leak of government documents that lay bare the gaps in contingency planning.

The documents, which set out the most likely aftershocks of a no-deal Brexit rather than worst-case scenarios, have emerged as the UK looks increasingly likely to crash out of the EU without a deal.

The newspaper went on to reported that up to 85% of truck “may not be ready” for French customs, and disruption may last up to three months. In addition, the government is preparing for a hard border at the Irish border, as current plans to maintain the Irish backstop are unrealistic and unsustainable.

In other words, it’s going to be ugly, especially when Prime Minister Boris Johnson has vowed to take the UK out of the EU by October 31, with or without a deal.

Brexit will not only hurt Britain, but the rest of Europe as well. The FT recently published a chilling graphic of the losers in a no-deal Brexit. While Ireland heads the list, other European countries are likely to be sideswiped as well. 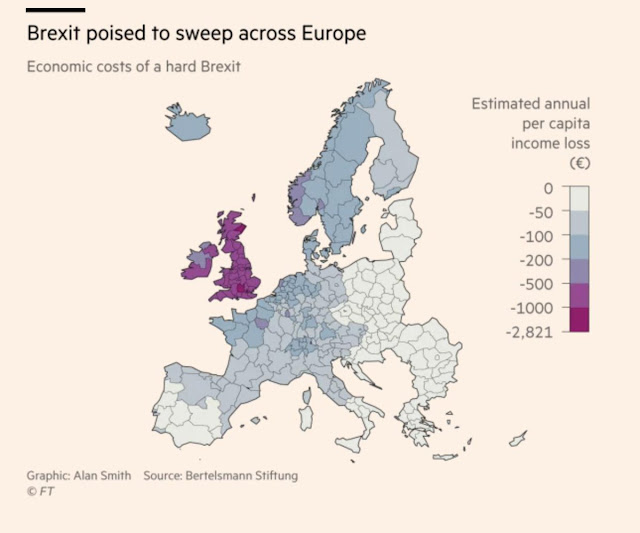 In addition, the BIS report on bank exposure shows Spanish and Irish banks most exposed to UK debt. Core Europe of Germany and France also have substantial exposure, along with Sweden. 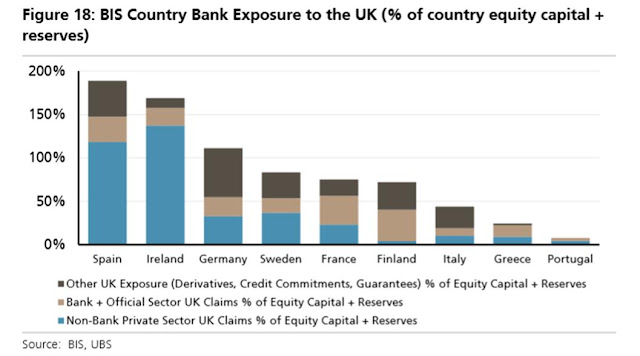 The dire nature of a hard Brexit is not a surprise for the markets. The latest BAML Global Fund Manager Survey shows the greatest regional equity underweight of global institutions is the UK. 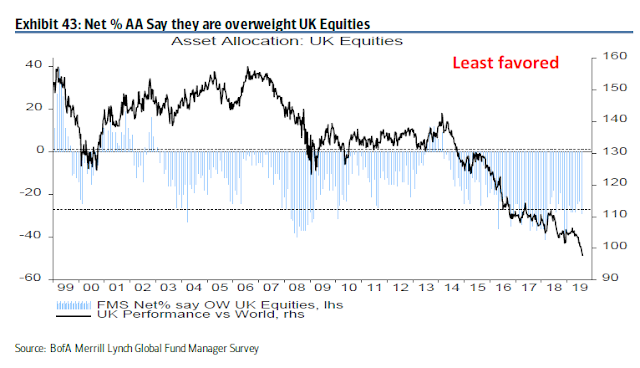 The panic may be at a washout low. The chart below depicts the large cap FTSE 100 and the small cap FTSE 250. While the larger cap companies are more international, the smaller cap FTSE 250 stocks are more exposed to the UK economy. The relative performance of small to large cap stocks shown in the bottom panel have repeated bounced off a relative support as defined by the first low after the Brexit referendum. Moreover, the ratio is on the verge of an upside breakout out of a fallin downtrend. 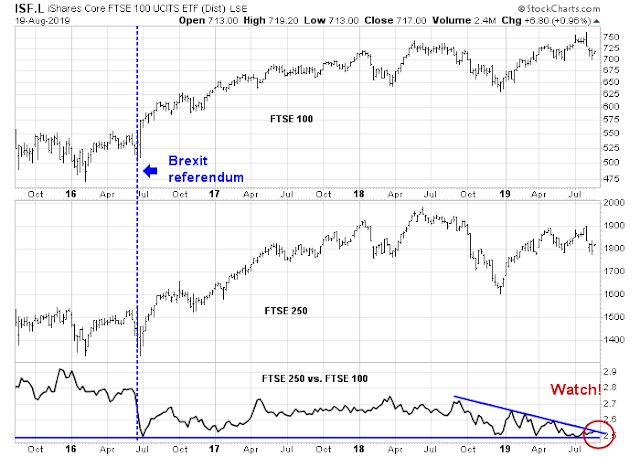 This suggests that panic over Brexit has become exhaustive, and the market is becoming immune to bad news.

How to buy Brexit panic

If Brexit fears are exhaustive, what should a contrarian investor do to profit from a potential turnaround? The most obvious play would be UK stocks, but that may not be the best idea. As the chart below shows, the relative performance of UK stocks to EAFE remains in a downtrend, with no technical signs of a bottom in sight. A better way might be to buy Irish exposure, as Ireland is highly levered to the British economy. The relative performance of Irish stocks is testing a key relative support level, and appears to be in better technical shape than UK equities.

Another way would be to simply buy the British Pound (GBP), which is testing a key long-term support level.

The combination of panic exhaustion and prices at technical support is a setup for a contrarian play on Brexit panic. Any good news in such an environment is likely to send either of these two vehicles rocketing upwards. Needless to say, this is a highly speculative and risky play, so be aware of the risks should you enter into a position.