Mid-week market update: I highlighted a tactical trading sell signal from the VIX Index on the weekend. The VIX had fallen below its lower Bollinger Band,, indicating an overbought market, and mean reverted above the band last Friday. 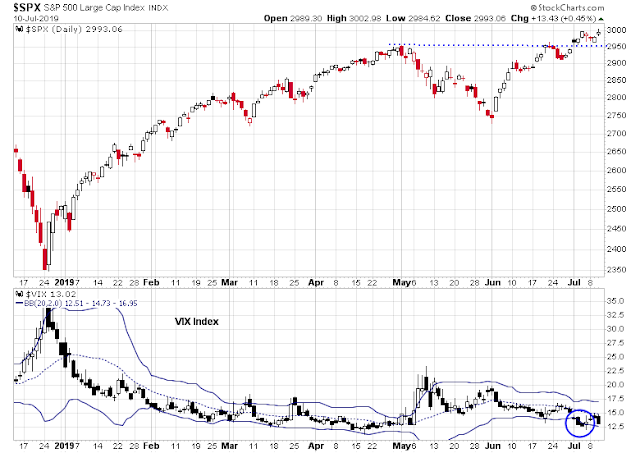 As a reminder, the historical study of such episodes since 1990 show negative returns bottom out roughly a week after the signal, which would be this coming Friday. 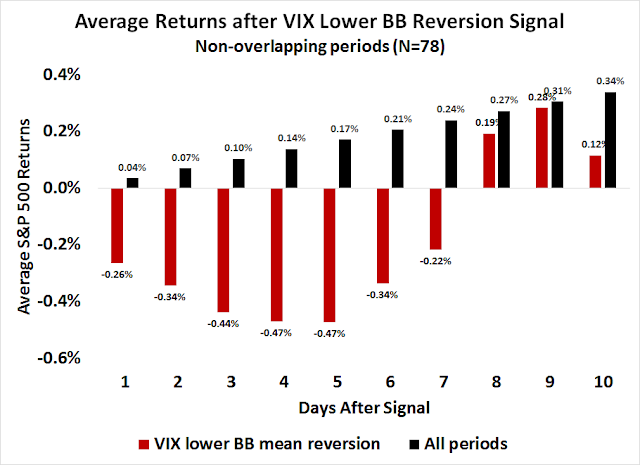 I stand by my trading call for a tactical defensive posture.

Other measures of sentiment show a wide range of disagreement. On one hand, the latest Investors Intelligence sentiment shows that optimism is building. Bullishness as risen past past the 2019 peak, and readings are similar to levels last seen in October 2019. 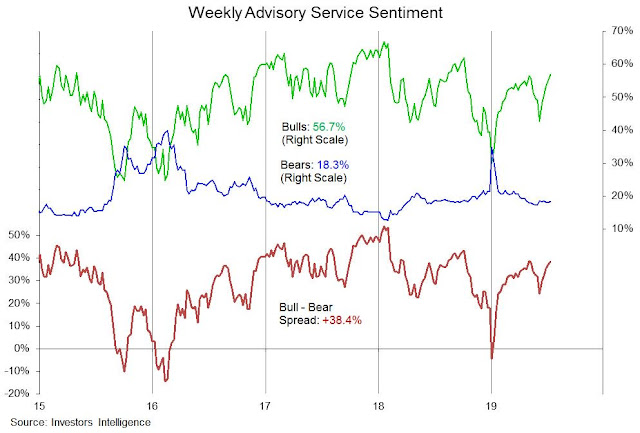 On the other hand, the TD-Ameritrade IMX shows a high degree of defensiveness. 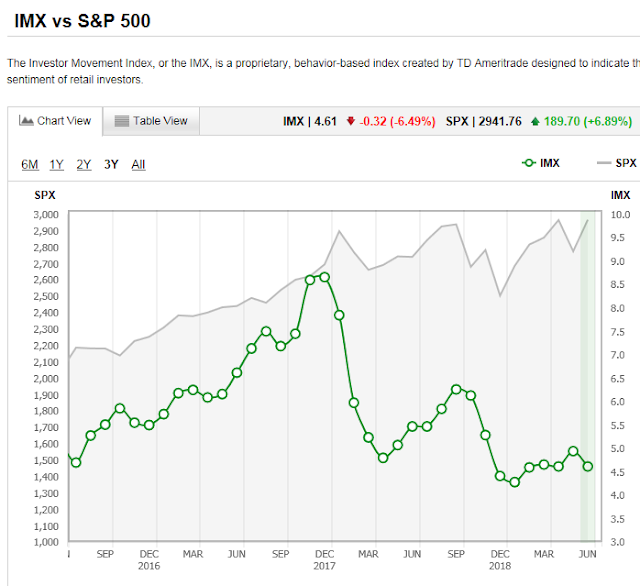 However, Ned Davis Research has helpfully compiled an aggregate Crowd Sentiment Index, which shows a high degree of bullishness that historically has led to subpar returns in the past. 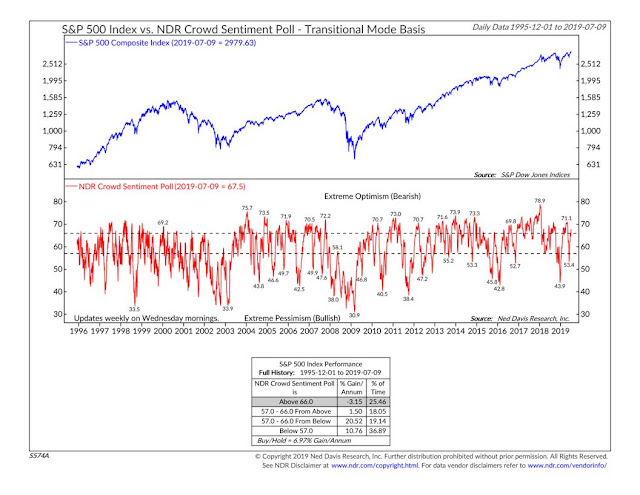 There are more potential potholes ahead for equity investors.The recent market weakness does not appear to be complete. Short-term breadth is falling, but the readings as of Tuesday night’s close is nowhere near an oversold condition, indicating further short-term downside risk. 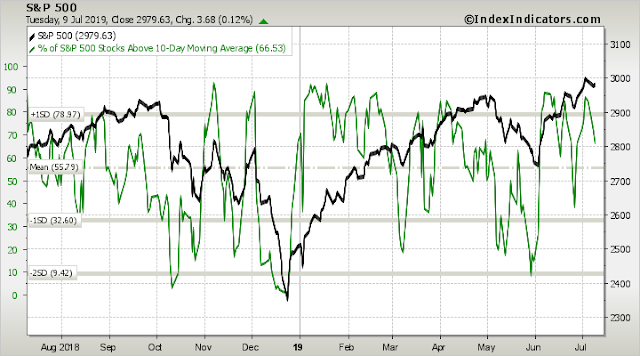 As well, the weekly chart shows the market approaching a key overhead resistance level while flashing a negative divergence on the 5-week RSI – which is another warning sign. 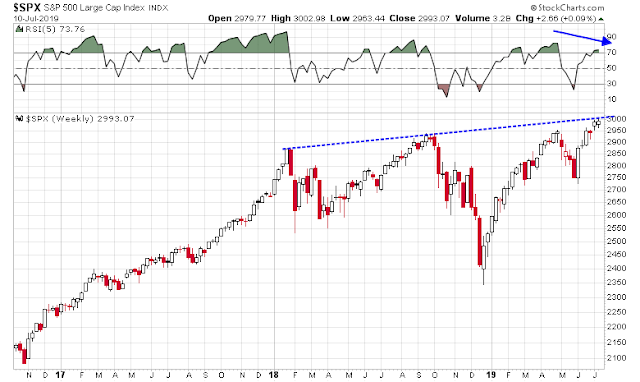 None of these conditions necessarily mean that the market will go down tomorrow, or next week. However, they do argue for some tactical cautiousness until we see greater clarity of the fundamental outlook from Q2 earnings seasons.