A resilient advance – Humble Student of the Markets

Mid-week market update: It is always a challenge to make a technical market comment on an FOMC announcement day. Market signals are unreliable. The initial market reaction can be deceptive, and any move reversed the next day after some somber second thought. In addition, today is May Day, and a number of foreign markets are closed, which deprive traders of additional signals from overseas.

With those caveats, I can make a general observation that the advance off the Christmas Eve low has been remarkable and resilient. A historical analysis from Steve Deppe shows that years that have begun with four consecutive monthly advances since 1950 have resolved bullishly, with only one single exception (N=14).

Oddstats also pointed out that 2019 was the fifth best start to the year. 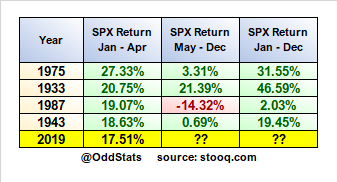 If these small samples of history are any guide, the stock market should be considerably higher by year-end, unless you believe this is a repeat of 1971, based on Steve Deppe’s analysis, or 1987, based on Oddstats’ data.

I continue to believe that the outlook is intermediate term bullish. The analysis of the market relative performance of the top five sectors, which comprise just over two-thirds of index weight, shows a healthy rotation in leadership. Technology stocks are still strong, and Healthcare has made a relative bottom. The steepening yield curve, which is closely correlated with the relative strength of Financial stocks, has pulled that sector out of the doldrums. Consumer Discretionary and Communication Services staged a brief relative breakout, but pulled back. 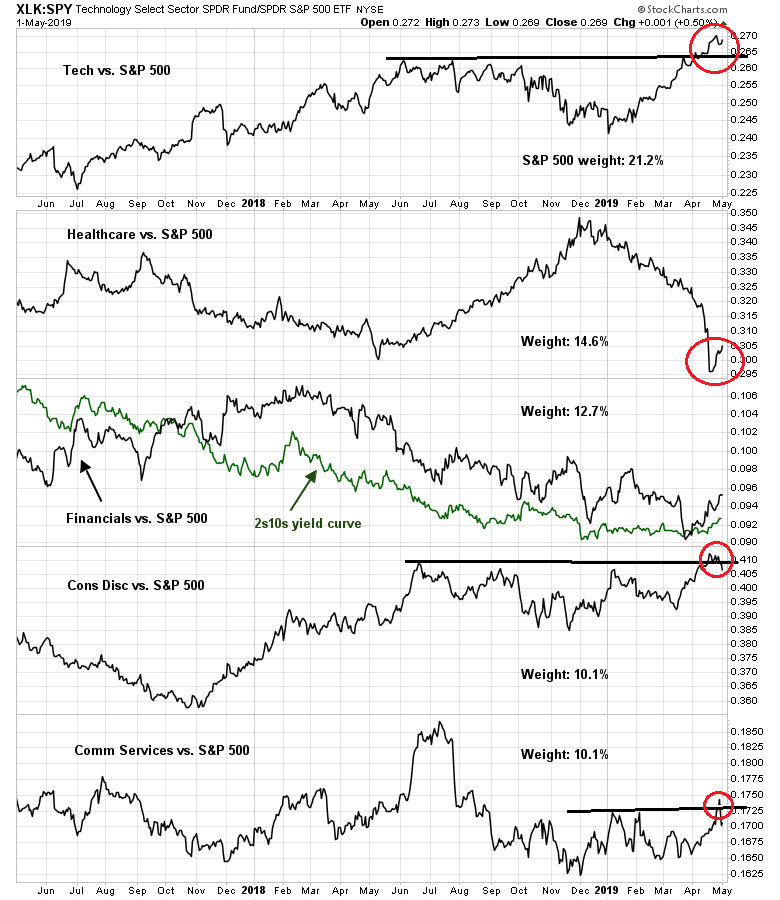 The important takeaway is these top sectors are strong. Even in cases when they have faltered, another heavyweight sector has stepped up to take up the baton.

Here is another case in point. Cyclical sectors faced a brief setback on a brief growth scare. In particular, the high flying semiconductor stocks were hit hard, but everything except the Transportation sector has recovered and regained their mojo. 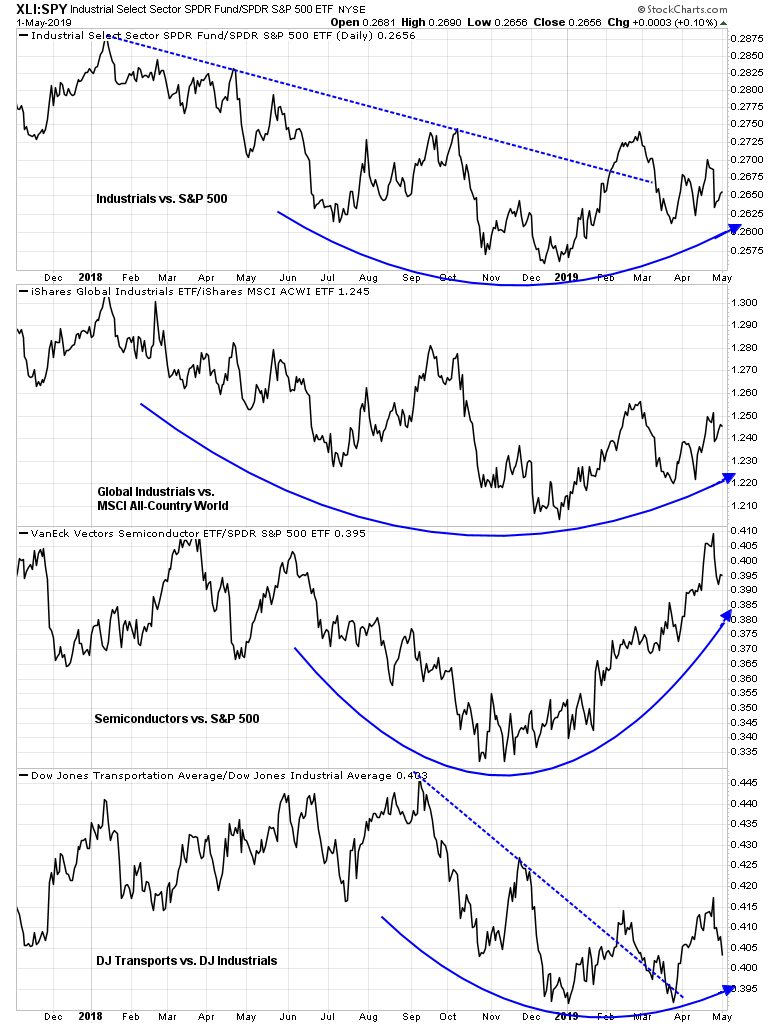 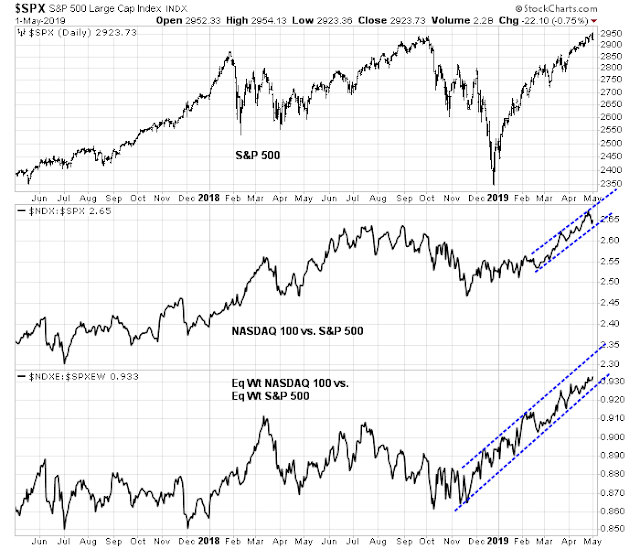 The NDX took a hit on Tuesday when heavyweight Alphabet disappointed, but the relative uptrend remained intact, and the index recovered the next day after Apple reported. As this table from BAML shows, the market has been rewarding earnings and sales beats while punishing misses during earnings season. Q1 Earnings Season has featured an above average level of beats. That’s market resilience, which is intermediate term bullish. 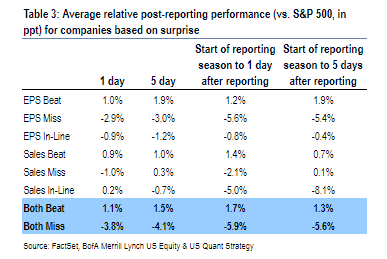 Still, this advance appears extended and a brief and shallow pullback can happen at any time. NYSE 52-week highs began to spiked on Tuesday and continued today. While a surge in new highs is considered intermediate term bullish, such market action could be a short-term sign of bullish exhaustion. In only four of the last 12 instances (33%) in the last three years saw the market continue to rise. In the other two-thirds of the occasions, stock prices have either stalled and consolidated, or pulled back, usually in a shallow fashion. 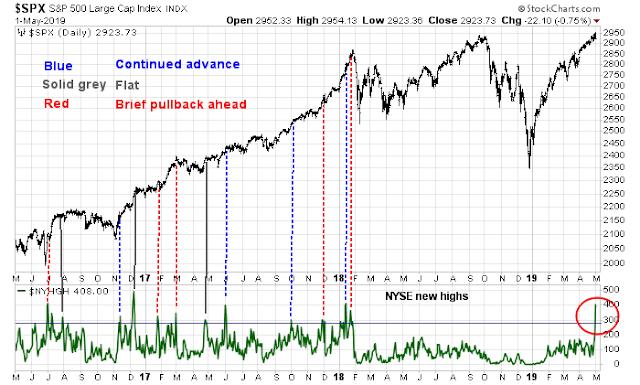 My inner investor is bullishly positioned. My inner trader remains cautiously bullish, and he is waiting for market weakness so that he can buy the dip.

13 thoughts on “A resilient advance”