A Healthcare rebirth? And broader market implications – Humble Student of the Markets

It is Easter Monday, a day when Christians focus on the theme of rebirth and resurrection, Healthcare stocks just underwent a near-death experience when the market panicked over the prospect of a Democrat victory in 2020, and the potential negative effects of the implementation of a Medicare-For-All policy.

To be sure, there are costs to be taken out of the system. The US spends more than any other industrialized country on health care, with a lower life expectancy. 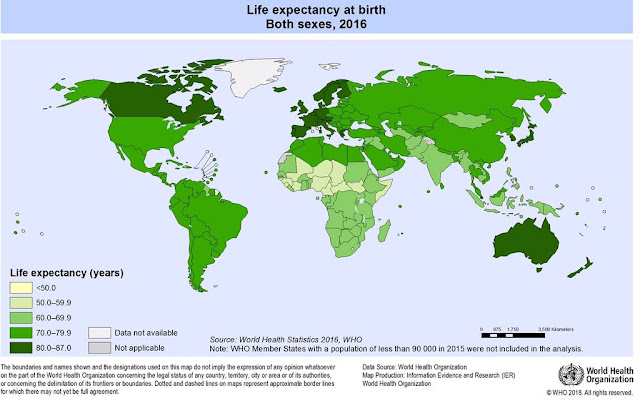 Indeed, the political winds are starting to shift. Axios reported that Republicans are becoming more open to the idea of passing a bill that will lower drug prices:

The White House and top lawmakers from both parties think a bill to lower drug prices has a better chance of becoming law before the 2020 election than any other controversial legislation.

Between the lines: Republican politics on drug prices have changed rapidly. The White House has told Democrats it has no red lines on the substance of drug pricing — a position that should leave pharma quaking.

We have seen these kinds of scares before. An examination of the relative performance of the sector gives some hope for a rebirth. If history is any guide, such an oversold condition on RSI of the relative performance of the XLV to SPY ratio in the last 20 years have been signals of a recovery ahead for the sector. Downside potential is limited with readings this oversold. 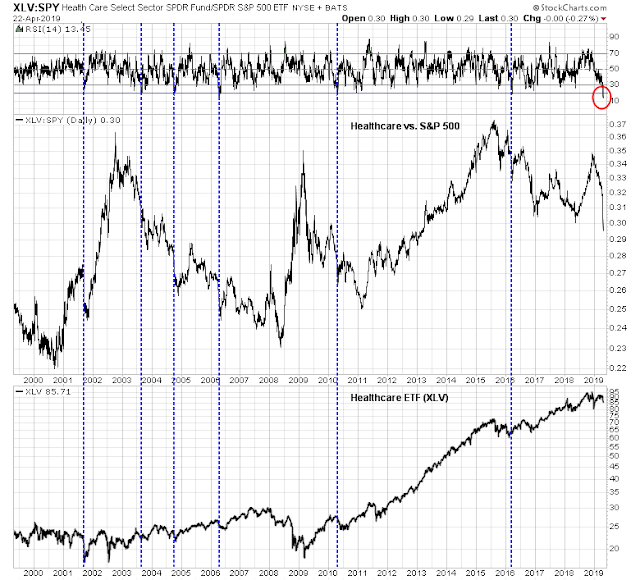 There are broader market implications as well.

Healthcare the only Big 5 laggard

An analysis of the relative performance of the top five sectors reveals a picture of strong price momentum. These sectors consist of roughly 68% of index weight, shows two sectors (Tech and Consumer Discretionary) staging upside relative breakouts, one (Communication Services) which is range-bound, one (Financials) which is starting to turn up. Financial sector relative returns are highly correlated to the shape of the yield curve, which appears to be steepening. The worst sector is Healthcare. 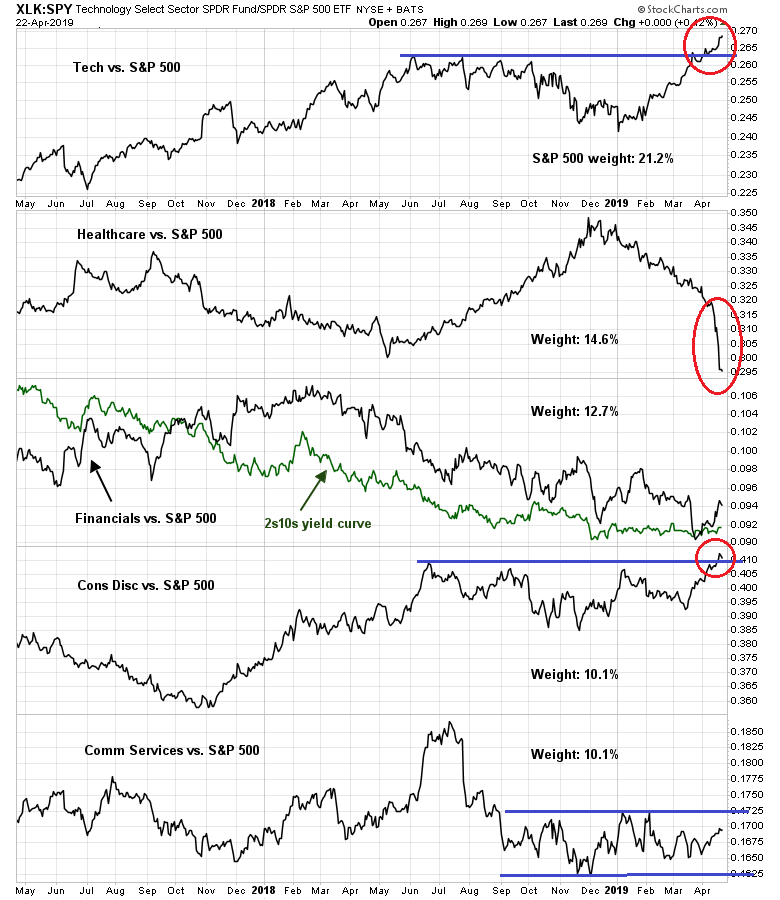 Here is another view of sector breadth from Urban Carmel. If it were not for the weakness in Healthcare, most of the major market indices would be a fresh highs. 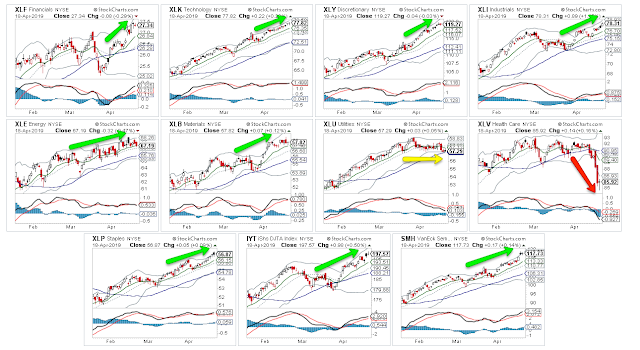 This analysis of the sectors of the index show a pattern of market strength. Everything is strong, or a worst, neutral, except for Healthcare. If the Healthcare stocks bottom, or stabilize, and upward momentum continues, we can expect further gains from the major market indices.

2 thoughts on “A Healthcare rebirth? And broader market implications”