China is healing – Humble Student of the Markets

Recent top-down data out of China has been weak (see How worried should you be about China?), but there are some signs of healing as the latest round of stimulus kicks in. 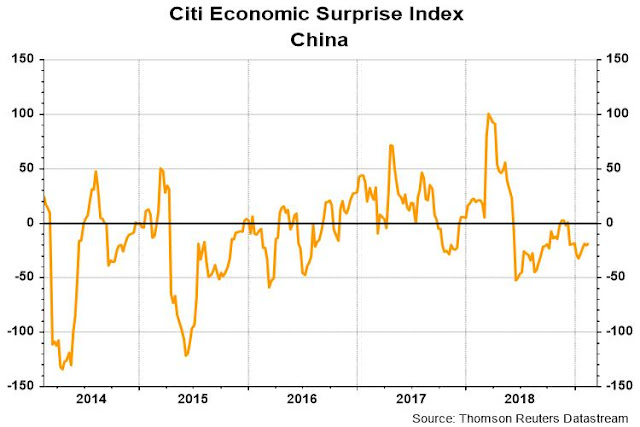 While Chinese economic statistics can be fudged, real-time indicators are pointing to signs of recovery. Firstly, the stock market indices of China and her major Asian trading partners are all exhibiting constructive patterns of bottoming. Not reflected in this chart is the 2.7% surge in Shanghai, 1.6% rise in Hong Kong, amid a broad based rally in Asian risk assets Monday based on trade talks optimism. 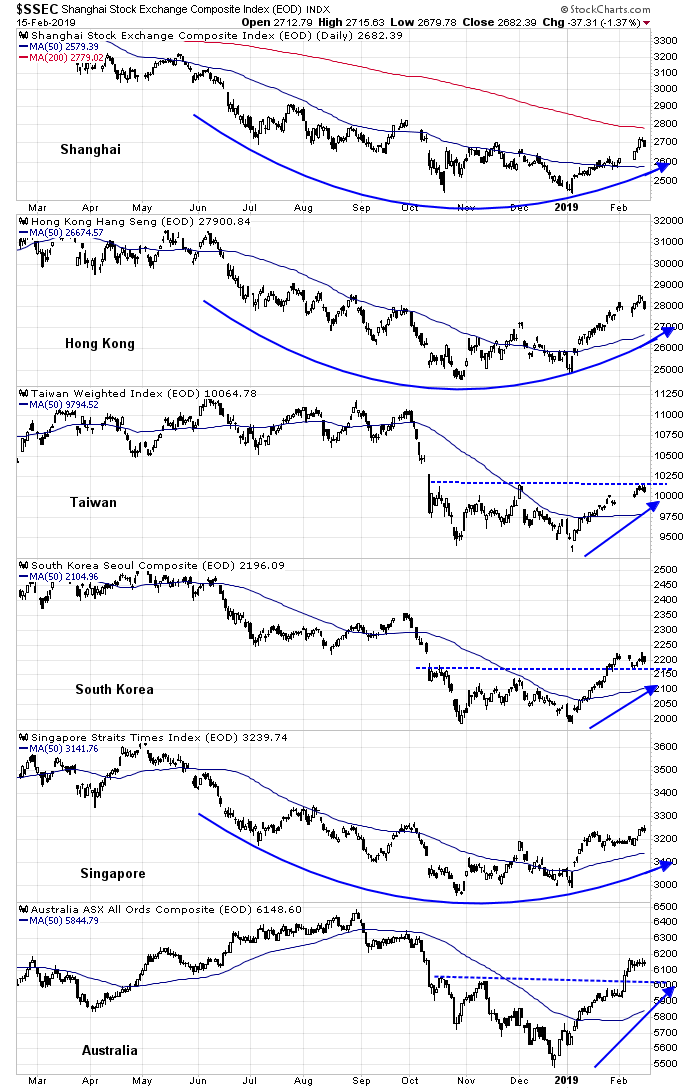 What about the Chinese consumer? My pair trades of long new consumer China and short old finance and infrastructure China are signaling better times ahead for the Chinese household sector.

What about the trade negotiations? As we await the news on the US-China trade talks, Reuters reported that Chinese negotiators will arrive in Washington this week for the next round of talks, while both sides made encouraging sounds about the discussions:

The United States and China will resume trade talks next week in Washington with time running short to ease their bruising trade war, but U.S. President Donald Trump repeated on Friday that he may extend a March 1 deadline for a deal and keep tariffs on Chinese goods from rising.

Both the United States and China reported progress in five days of negotiations in Beijing this week.

Trump, speaking at a White House news conference, said the United States was closer than ever before to “having a real trade deal” with China and said he would be “honored” to remove tariffs if an agreement can be reached. 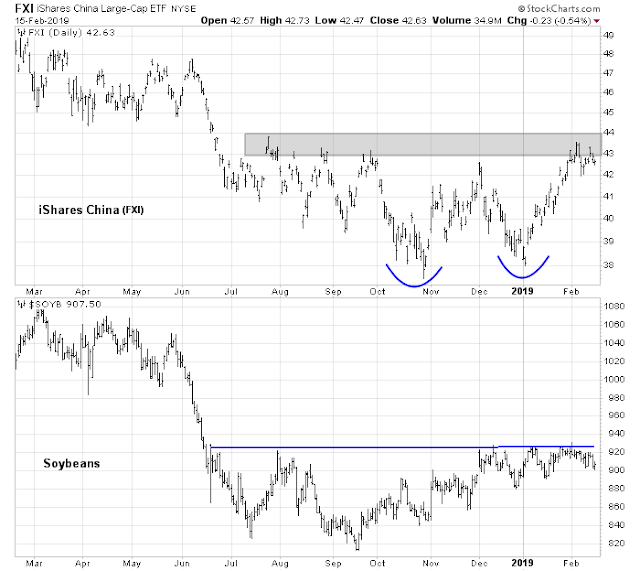 Another possible bullish factor is the upcoming MSCI decision to possibly raise the weight of Chinese A-shares in its global indices (via CNBC):

Chinese A-shares — or yuan-denominated stocks traded on the mainland — were included in the MSCI Emerging Markets Index for the first time last year, allowing investors to access the Chinese equity market more easily. Now, MSCI is considering whether to further increase the weighting of A-shares in its indexes, and could announce its decision by the end of this month.

Should we see a positive resolution to the talks, a Potemkin trade deal, or even a delay of the tariffs that take a full-blown trade war off the table, expect upside breakouts on these instruments, and a trading opportunity for further profits ahead.

3 thoughts on “China is healing”